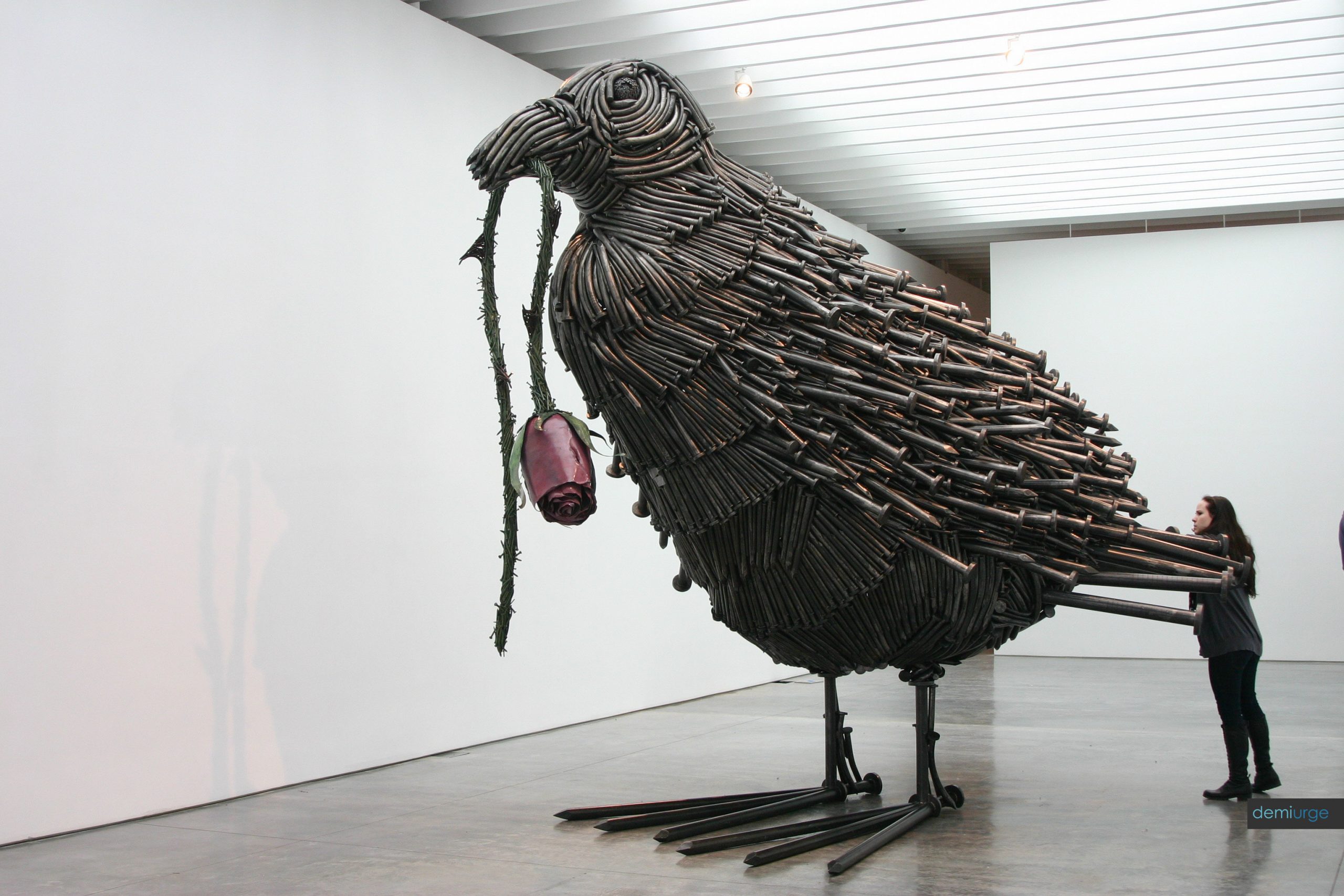 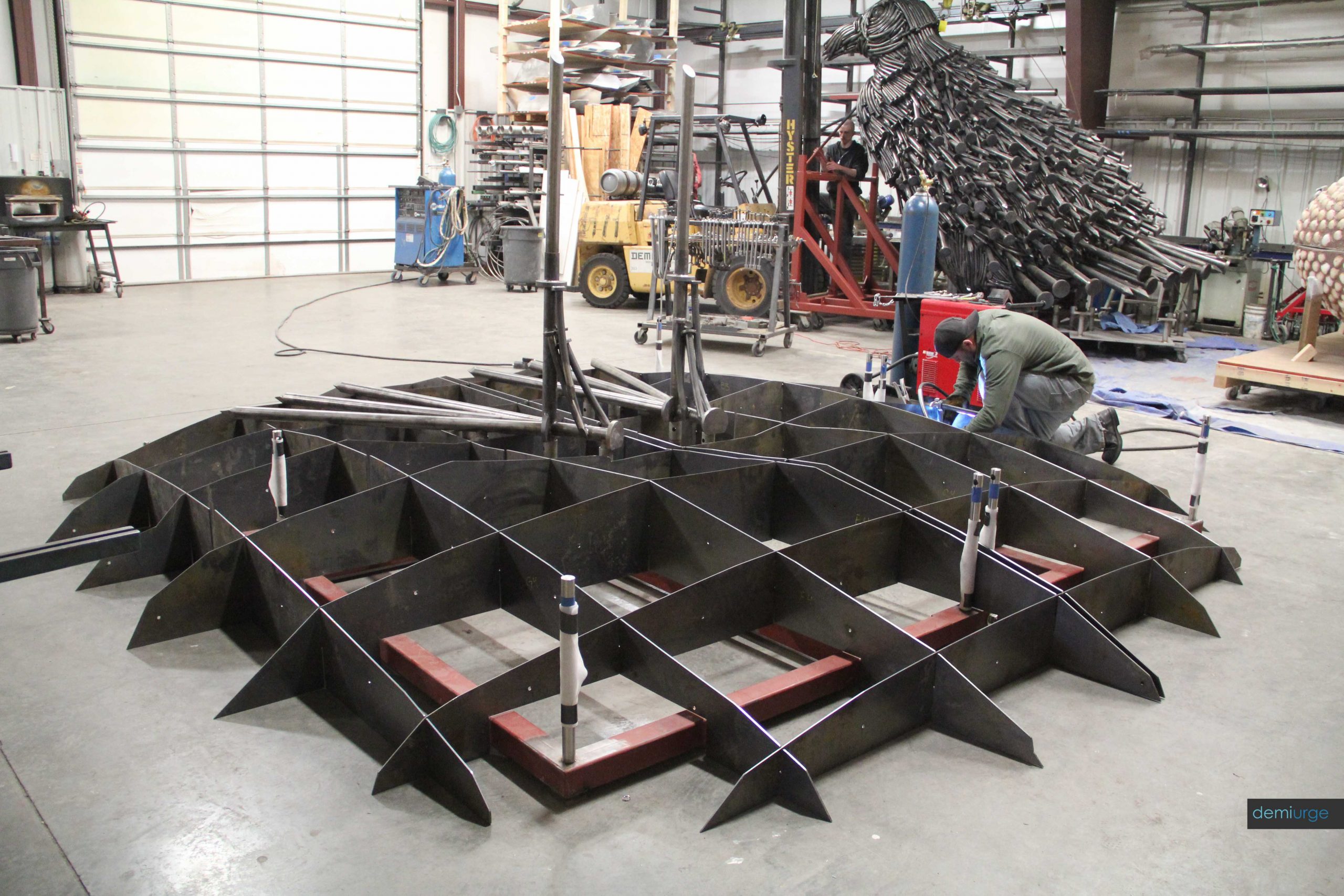 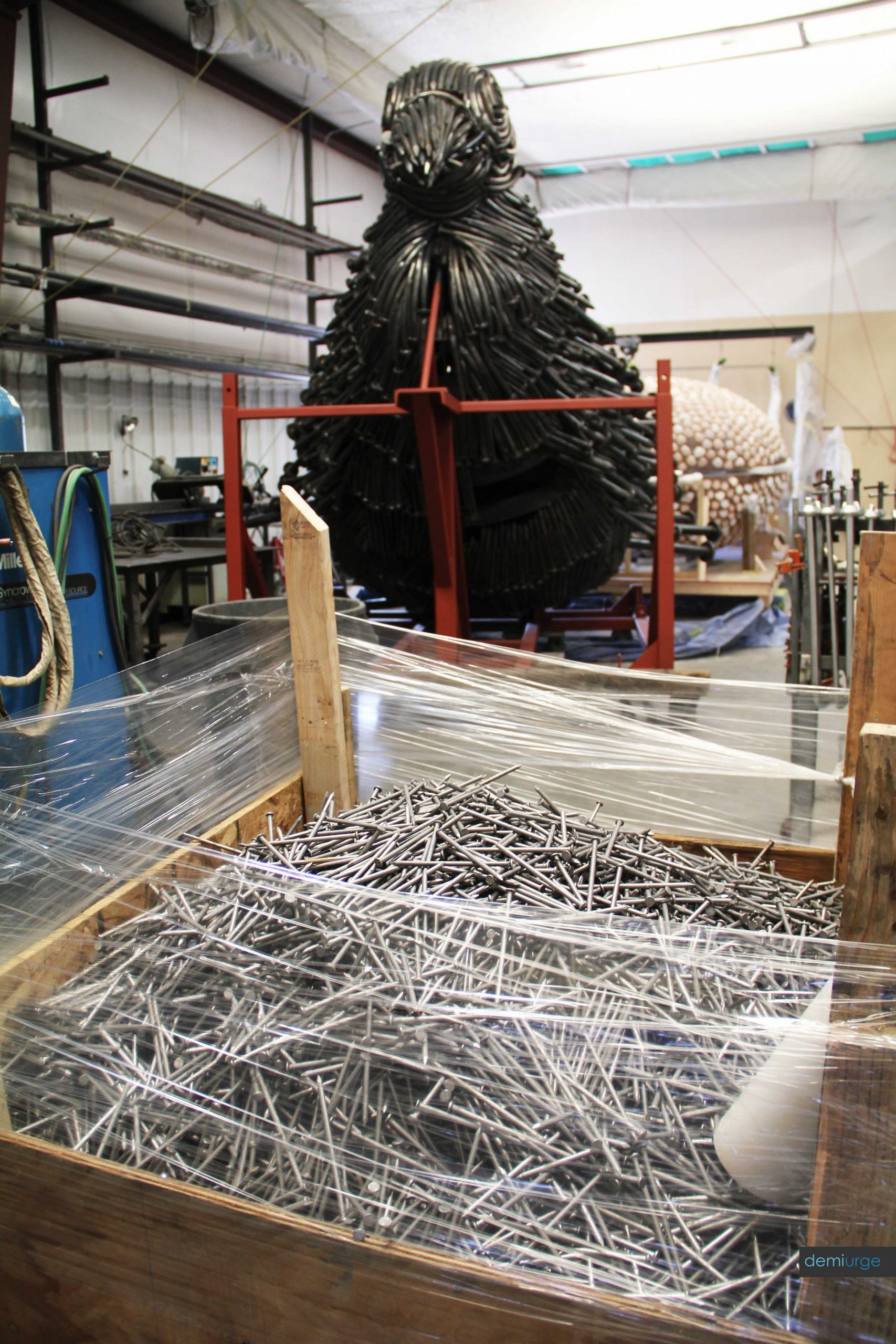 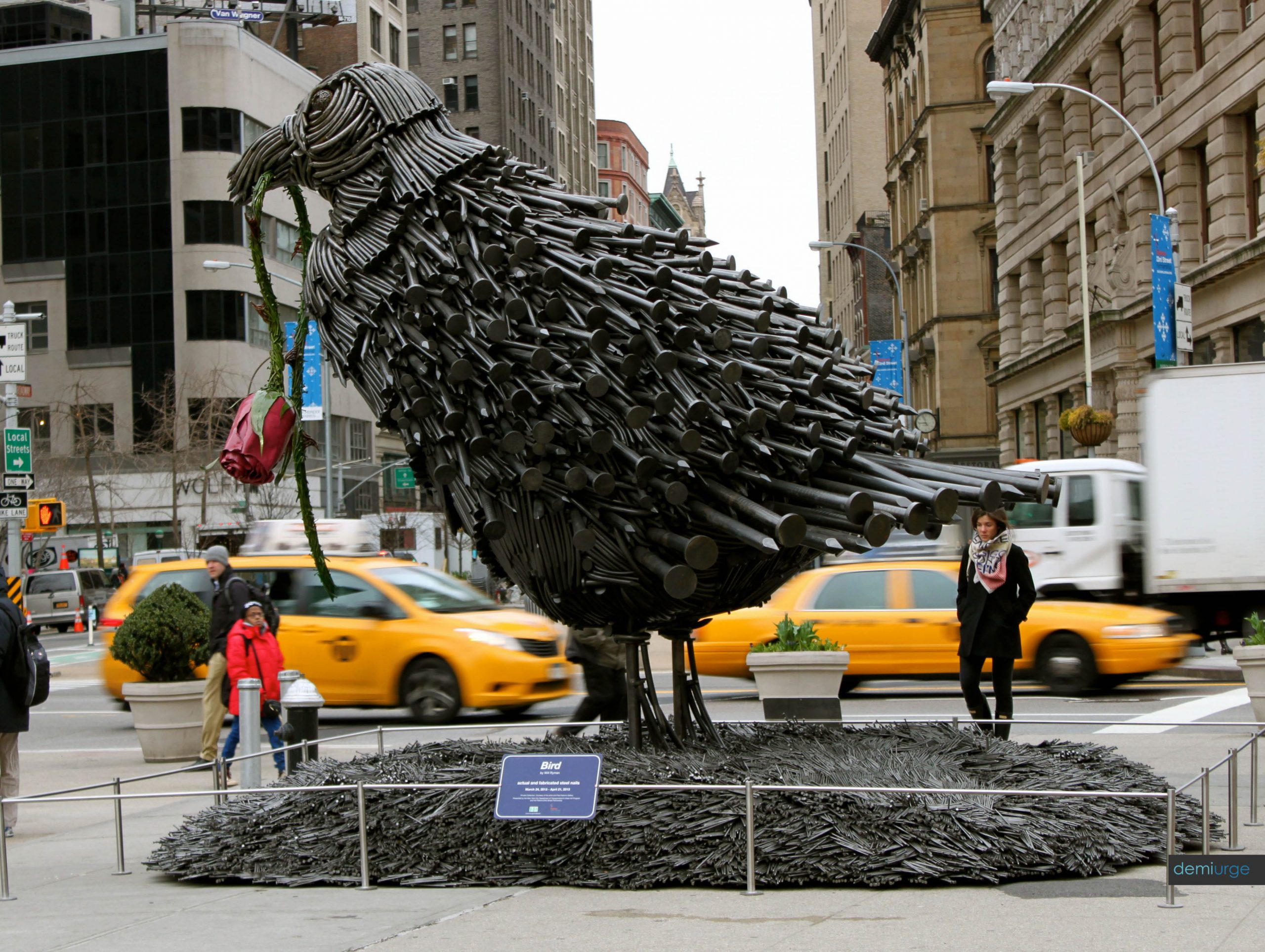 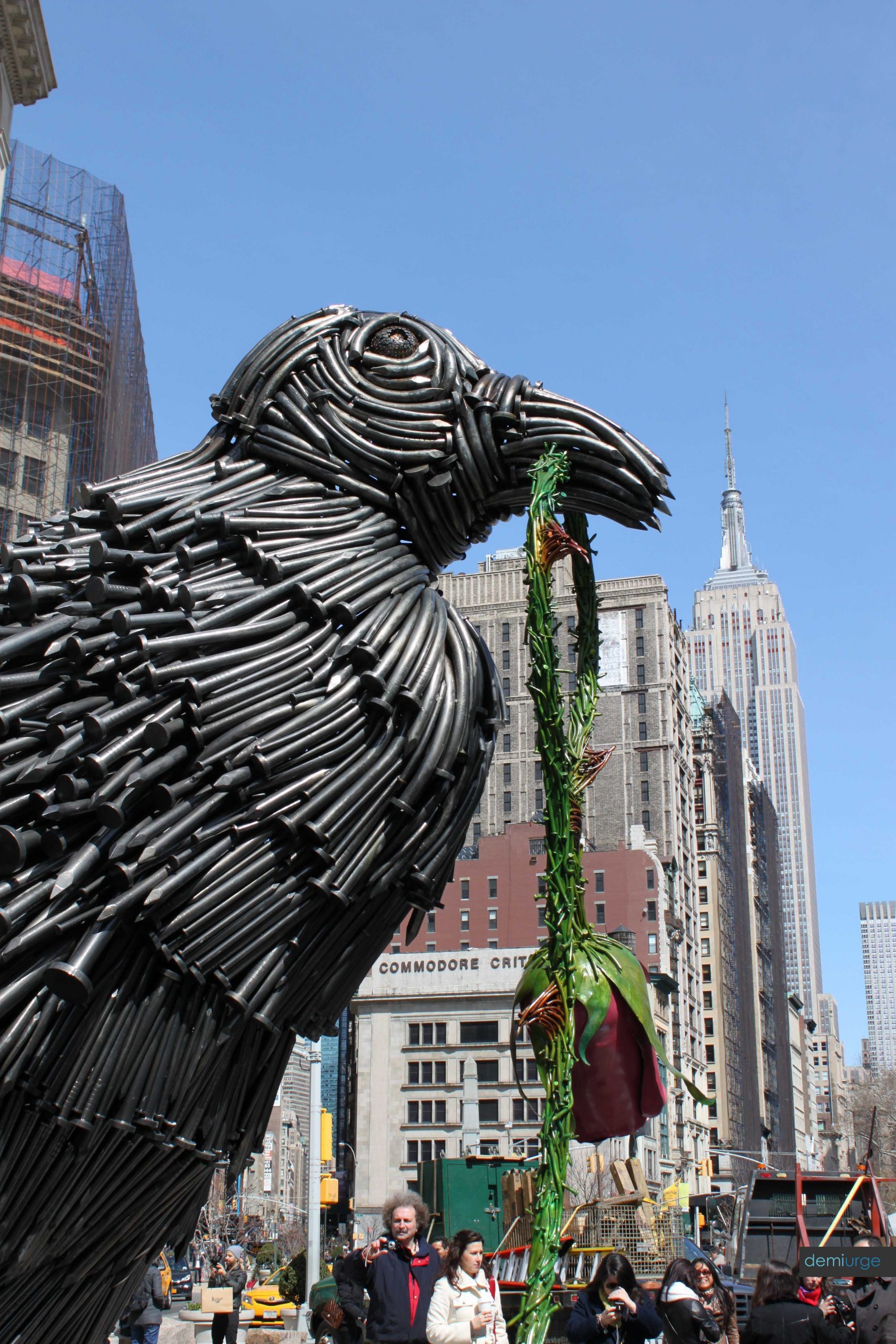 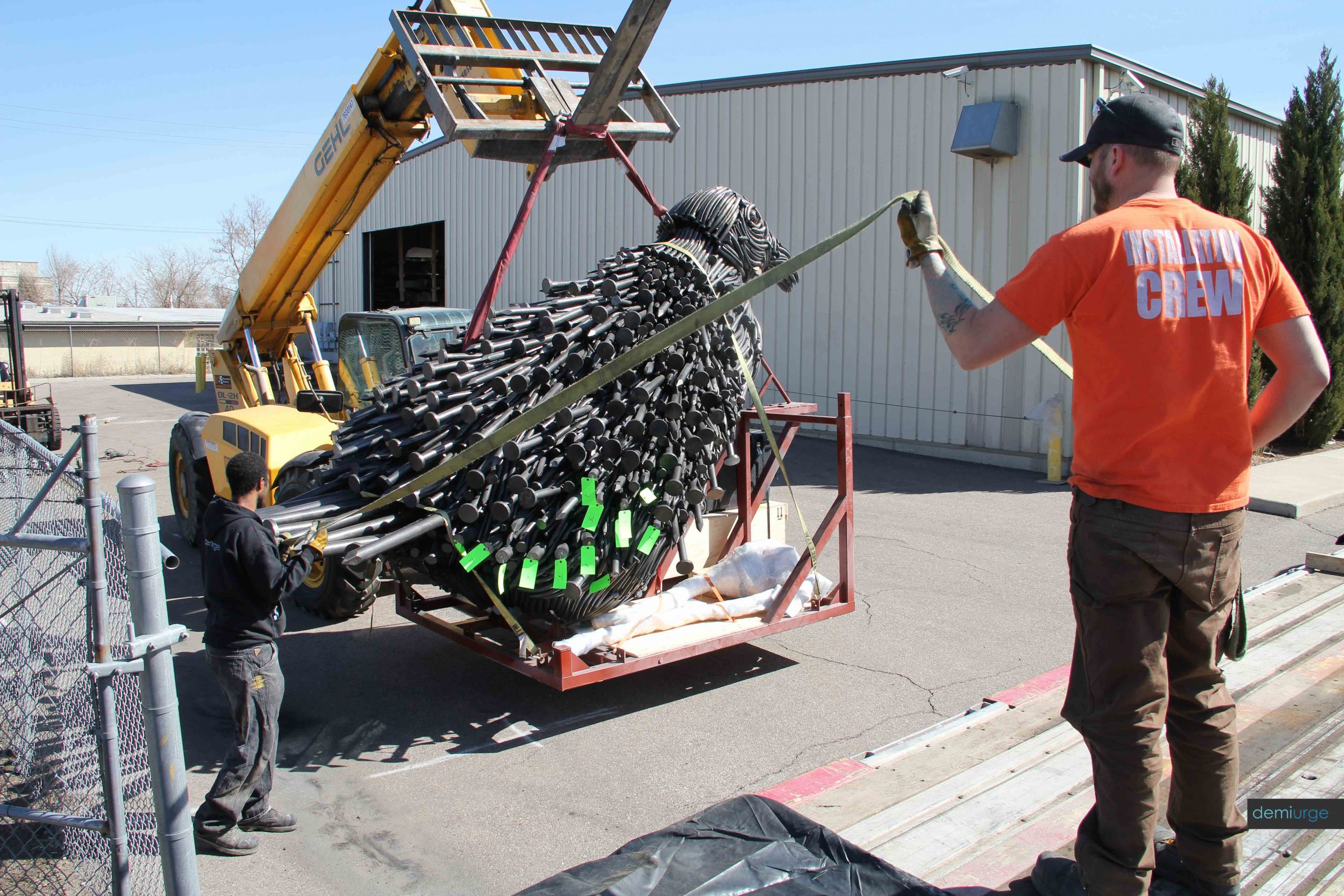 Beginning with a nine and a half inch model created by Will Ryman, Demiurge hand fabricated over 4,500 carbon steel nails and forged them to create a mill scale finish. With nails from eight inches to nearly five feet long, the 12,000 pound ‘Bird’ was completed by Demiurge over three months. The 12-foot tall, 12-foot wide, and 14-foot long ‘Bird’ was originally shipped to New York and installed overnight.

After fabricating more than 4,500 nails in Demiurge’s studio to create Will Ryman’s ‘Bird’ and then shipping it to New York’s Paul Kasmin Gallery for his solo show ‘Anyone and No One’, Demiurge began fabricating an edition of both two-foot tall and six-foot tall 'Bird's. Demiurge will created several ‘Bird’s throughout the 2012 year. A few of which will traveled to various art fairs worldwide including China for the Hong Kong International Art Fair.

In early 2013, Demiurge worked with Ryman to adapt 'Bird' for a new temporary exhibition located at the FlatIron Plaza (Broadway and 23rd Street), New York, NY. This adaption required Demiurge to produce a "nest" composed of ninety thousand 6" nails for the bird to sit on. The exhibition was a huge success and ran from March 25th - April 21st.

In an interview with White Hot Magazine for a March story, Ryman gives some insight to his style and how the rose along with the use of nails create the artistic contradiction Ryman has become known for. “Well it’s romance, the elite, sophisticated, but also probably the most recognized flower globally,” said Ryman about the choice of the rose. “My work has always been about contradictions, about absurdism, and the human condition…You take a cold, hard material which references aggression and crucifixion, and I make it almost appear soft, that was my intention.”