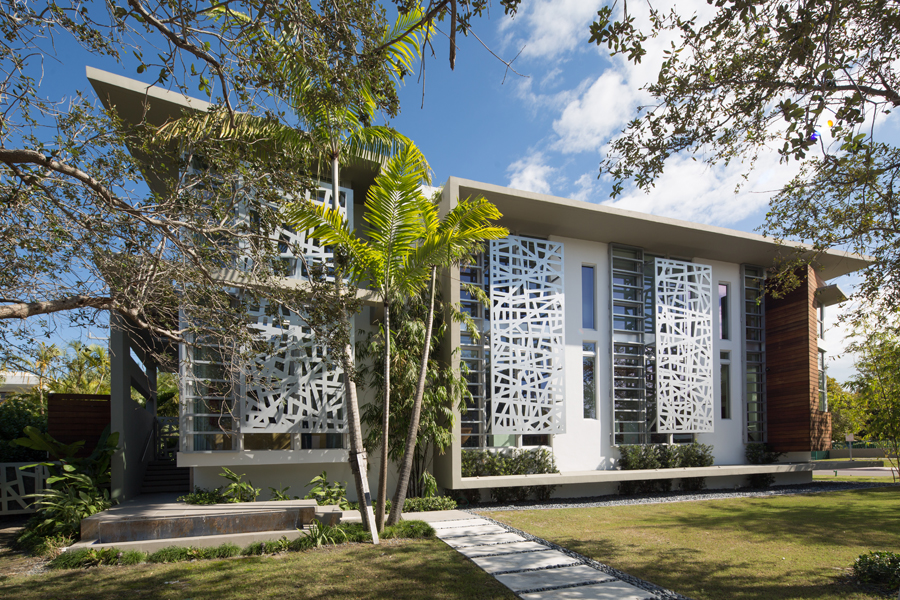 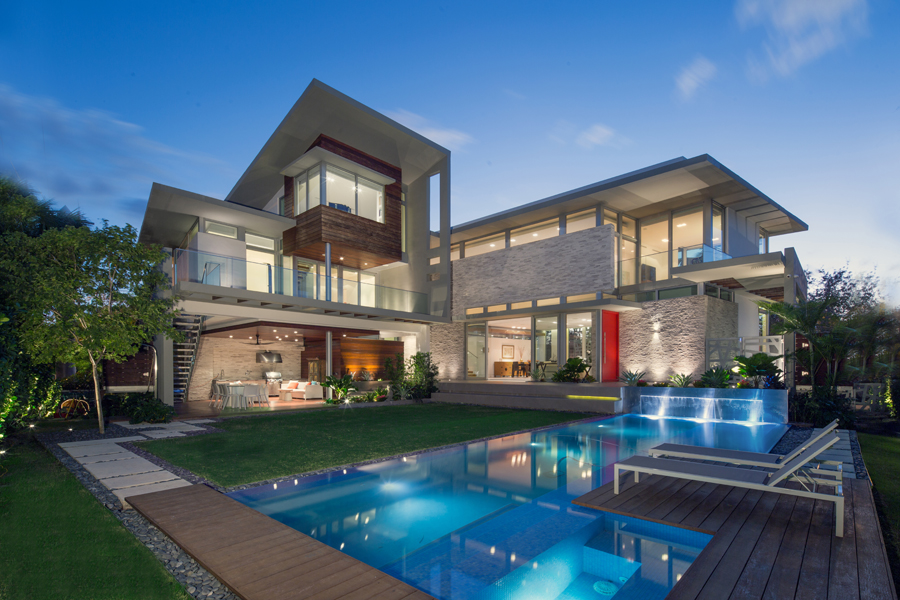 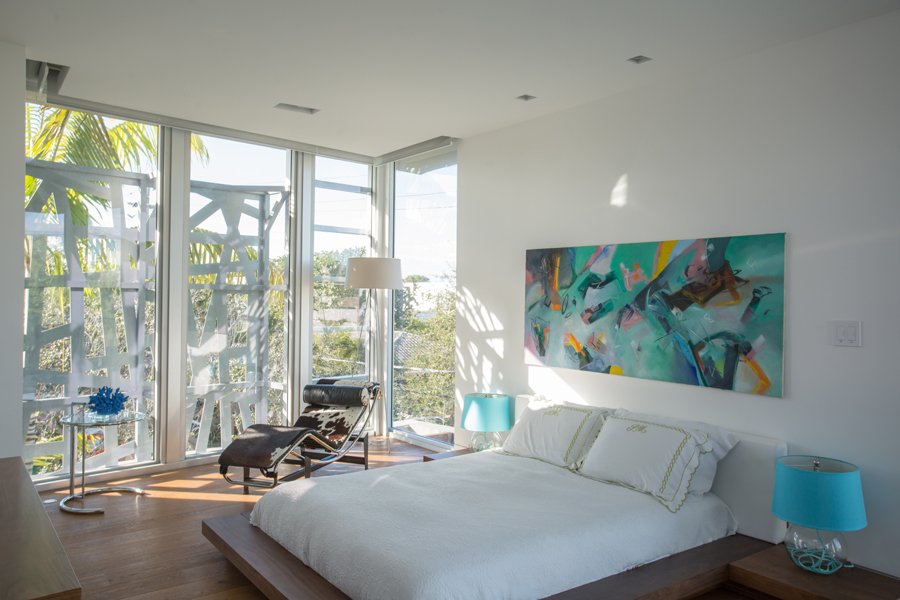 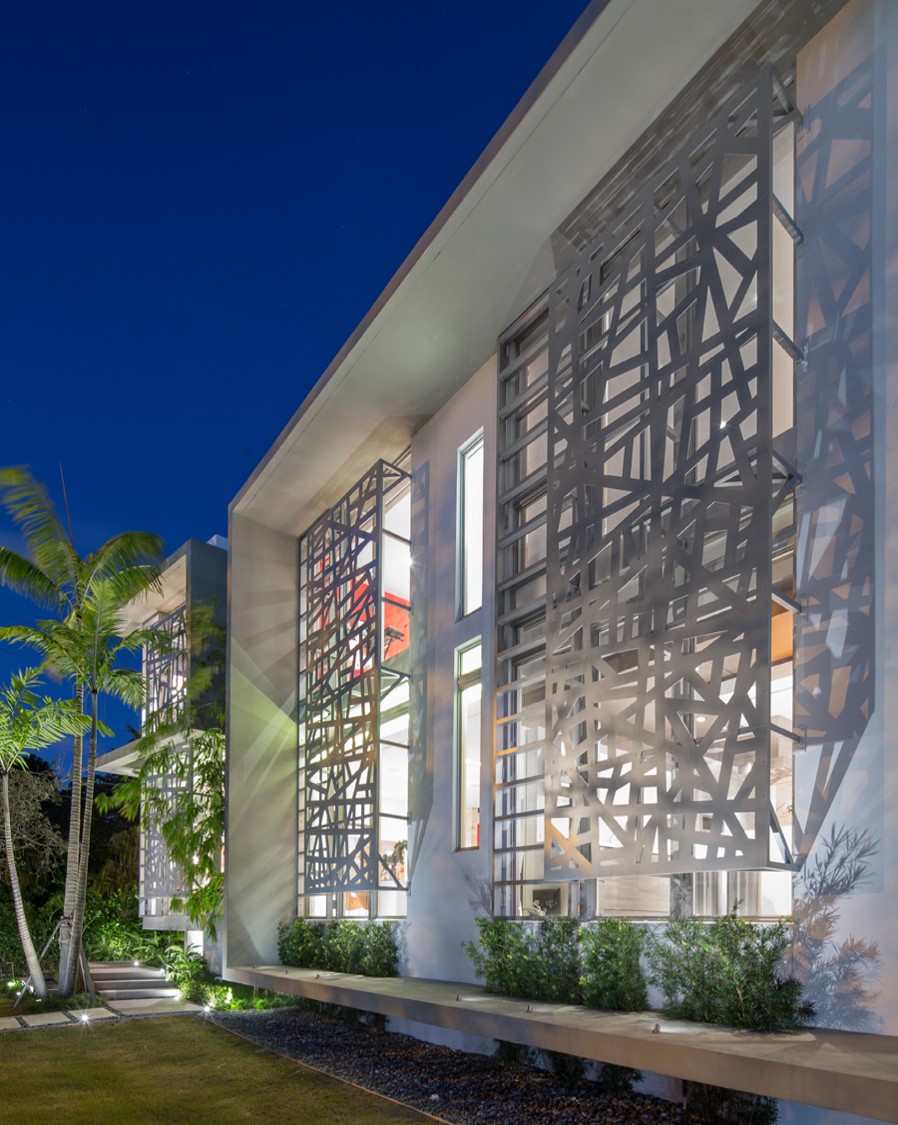 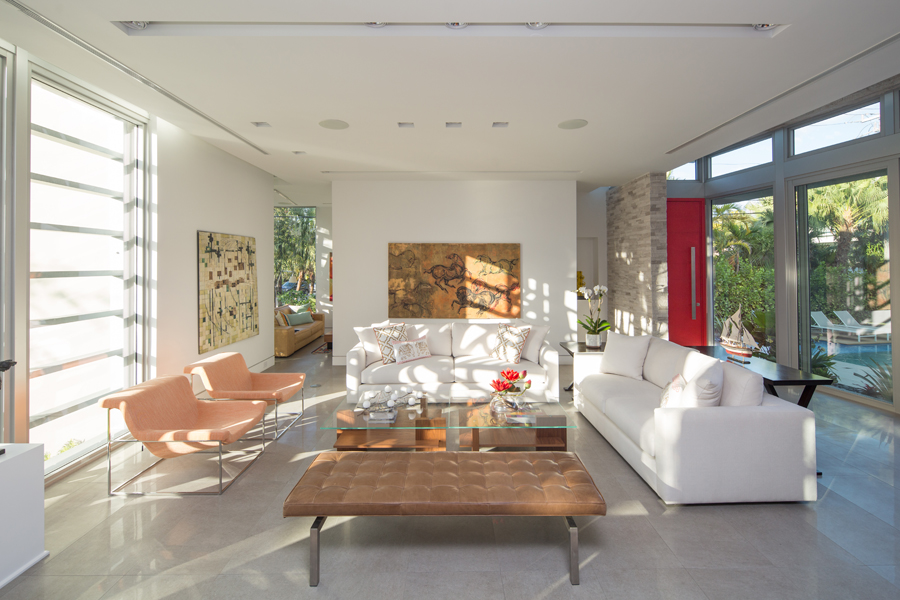 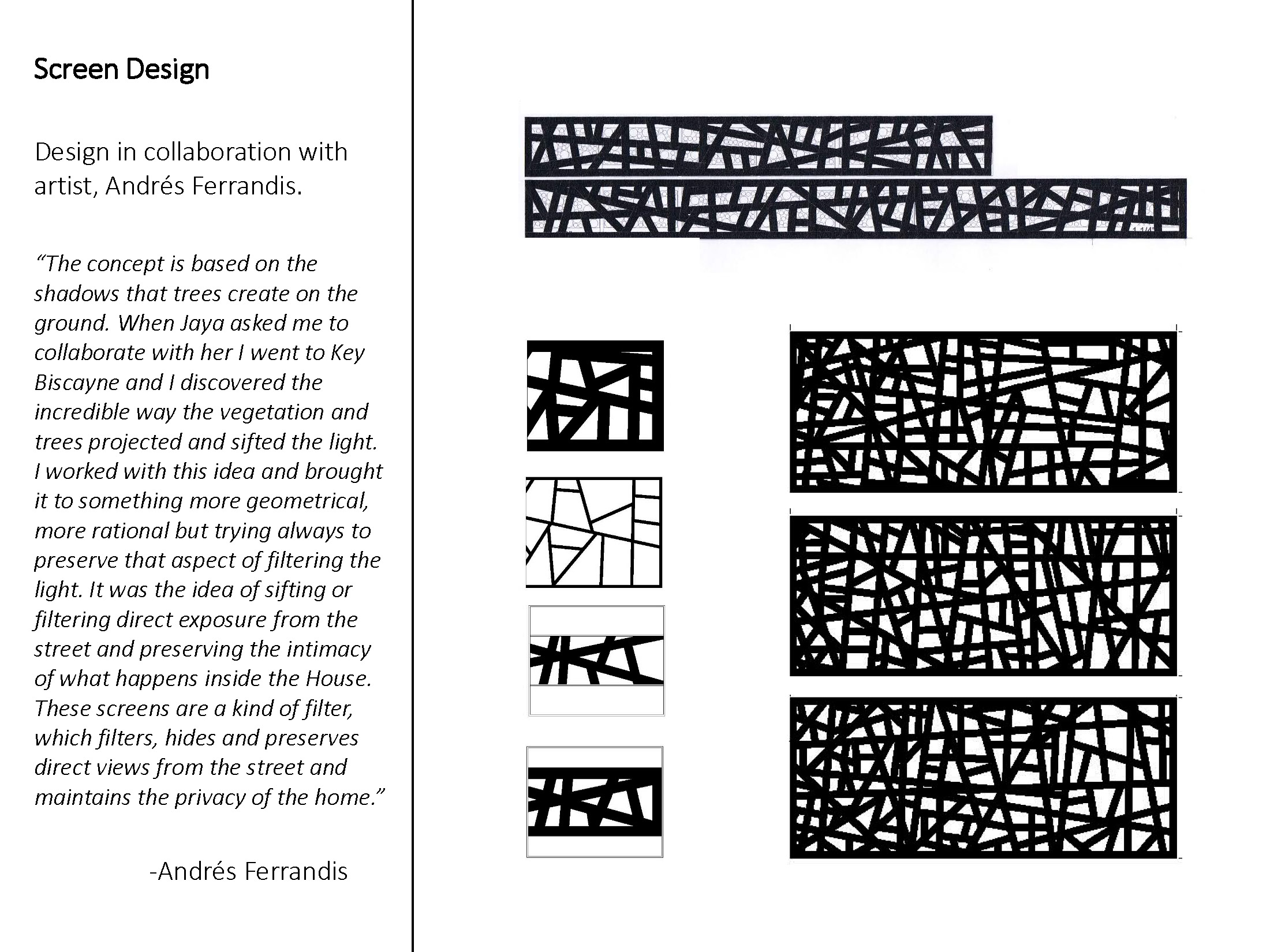 Title of Project: Woodcrest Residence
Location: Key Biscayne, FL
Square Footage: 4,900 SF
The program called for a home for a family of five in a corner infill lot in a South Florida Island residential community. The site is flanked by single family homes and is located across the street from the neighborhood school. The design challenge involved the development of an extensive program of indoor and outdoor spaces in a limited site. In addition, the living spaces had to be set at a flood elevation six feet above the existing grade.

The goal of integrating commissioned artwork into this project was to bring light into the residence in a unique and beautiful way. KZ Architecture collaborated with Spanish artist Andrés Ferrandis to achieve a striking effect of light and shadow in the Woodcrest Residence. The screens on the exterior facades filter light as it enters the interior spaces while creating intimacy. The screens are a conceptual embodiment of the trees in the local area of Key Biscayne. They replicate the shadows, that tree canopies would naturally create, on different planes on the interior of the house adding another dimension to the space and a sense of nature. In that way, through light and shadow moments, nature can be experienced from the interior of the residence. The screens filter and frame views from the surrounding context while maintaining the privacy of the home. Beth Dunlop editor of Modern Magazine recently described the screens as, "becoming both practical—offering shade and privacy—and poetic elements of the design." The metal screens became an integral part for both the design of the facade and the interior spaces.

The design of the screens was an ongoing process that involved the collaboration of the KZ Architecture studio, artist Andrés Ferrandis and the client. The artist Andrés Ferrandis had an incredible way of achieving a poetic sense of the space though light. When Jaya Kader the principle of KZ Architecture asked Andrés Ferrandis to work together on the exterior screens for the Woodcrest residence he looked to nature for inspiration. Ferrandis went to the site in Key Biscayne, there he “discovered the incredible way the vegetation and trees projected and shifted light". The concept became clear at this point, the screens were inspired on the shadows that trees create on the ground. KZ studio created three-dimensional studies of light projection during different times of the day as part of the coordination process. After many iterations of different screen designs the form of the screens became more and more geometrical, and increasingly rational. In the end the screens not only had privacy but also maintain that aspect of filtering the light.

Some of the goals set forth in the initial stages of design included minimizing the building footprint and creating a private outdoor courtyard that would be integrated with the indoor spaces despite the change in elevation. It was also important to orient the main living spaces towards this private courtyard and/or towards the more residential street to the West of the site.