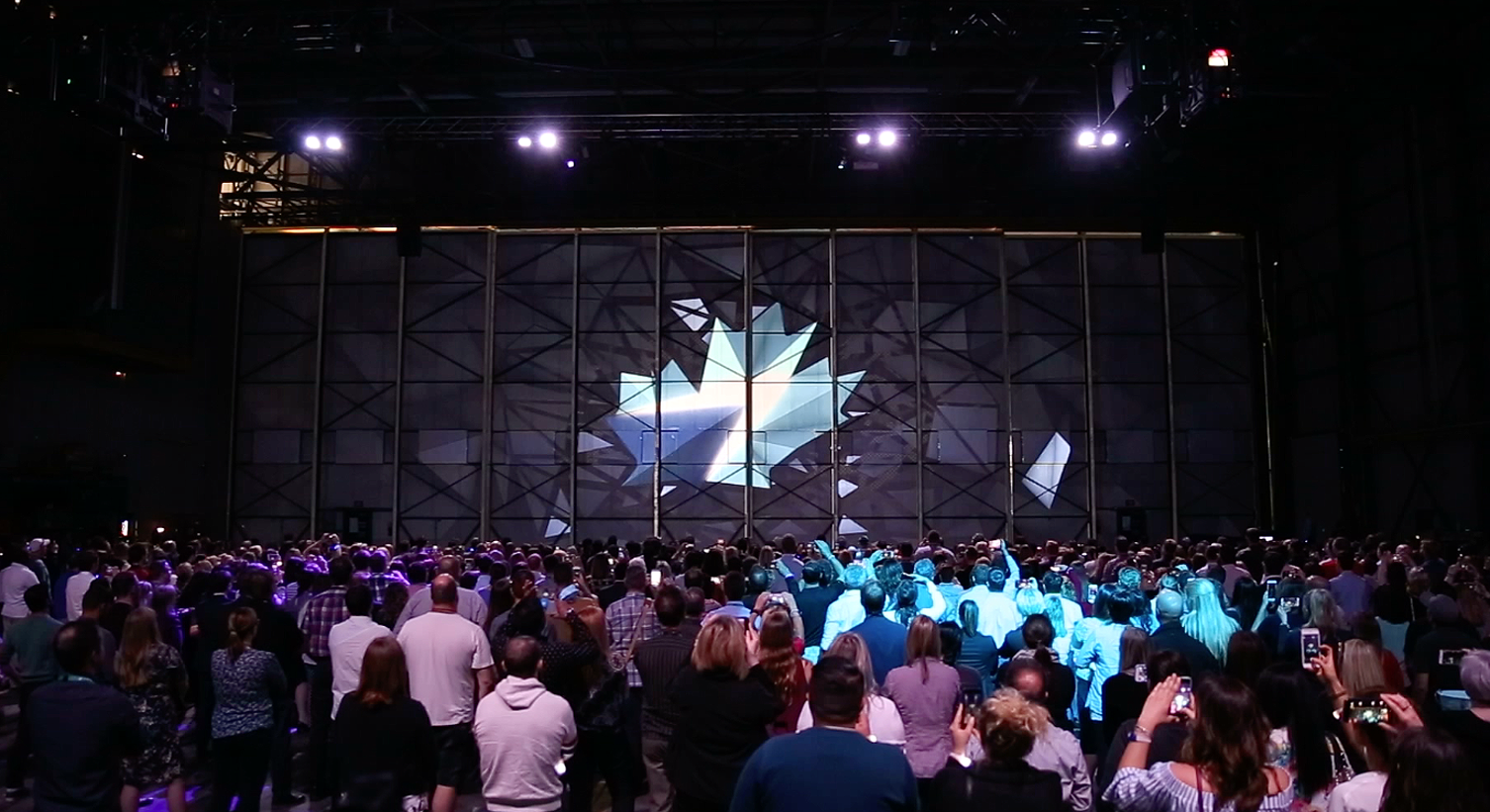 WestJet employees and members of the media gathered at the WestJet headquarters in Calgary for a very special occasion. They were about to witness the new WestJet 787 Dreamliner plane and logo for the very first time – through a spectacular projection mapping experience.

WestJet employees and members of the media gathered at the WestJet headquarters in Calgary for a very special occasion. They were about to witness the new WestJet 787 Dreamliner plane and logo for the very first time – through a spectacular projection mapping experience.
WestJet came to Go2 looking for us to provide a turnkey solution for an event taking place after the AGM at the WestJet Campus. The focus of this event was to launch a new livery design onto their newly acquired 787 Dreamliner planes. Additionally, WestJet was announcing some big news – the planes featured, for the first time, a Business Class and newly redesigned modern cabin. This meant a new level of comfort and a brand new experience for WestJet customers and crew, as well as new routes that would be announced later in the year. Because the planes were not ready yet, WestJet was looking for a unique solution to be able to showcase this announcement at the AGM in May 2018 and to get the public and their staff excited for the new Dreamliners.

WestJet was interested in projection mapping the hanger doors, to give the illusion that the plane was actually present. We teamed up with Freeman Audio Visual to execute on the technical audio-visual setup and to help add additional lighting/show elements to complement the projected animation. Go2 focused on creating the content for an experience that would allow us to explore the inside of the plane, and reveal the new livery design. In addition to the show animation, our team created four brand story animations, which focused on: Stitching/Textiles, Architecture, Shapes and Color.
The hangar doors themselves are built with four large panel doors, all on different levels, which allows the hangar to open and close. Because the full surface was on different plains, we had to add a projector for each individual panel to avoid any edge blend issues on site.

Over 1000 people including WestJet employees and the media attended the reveal and the event was live streamed on Facebook as well. Our team delivered an exciting 3-minute show animation, 4 brand story animation, as well as a logo animation/reveal that had the crowd erupt in a chorus of applause and excitement at the end.