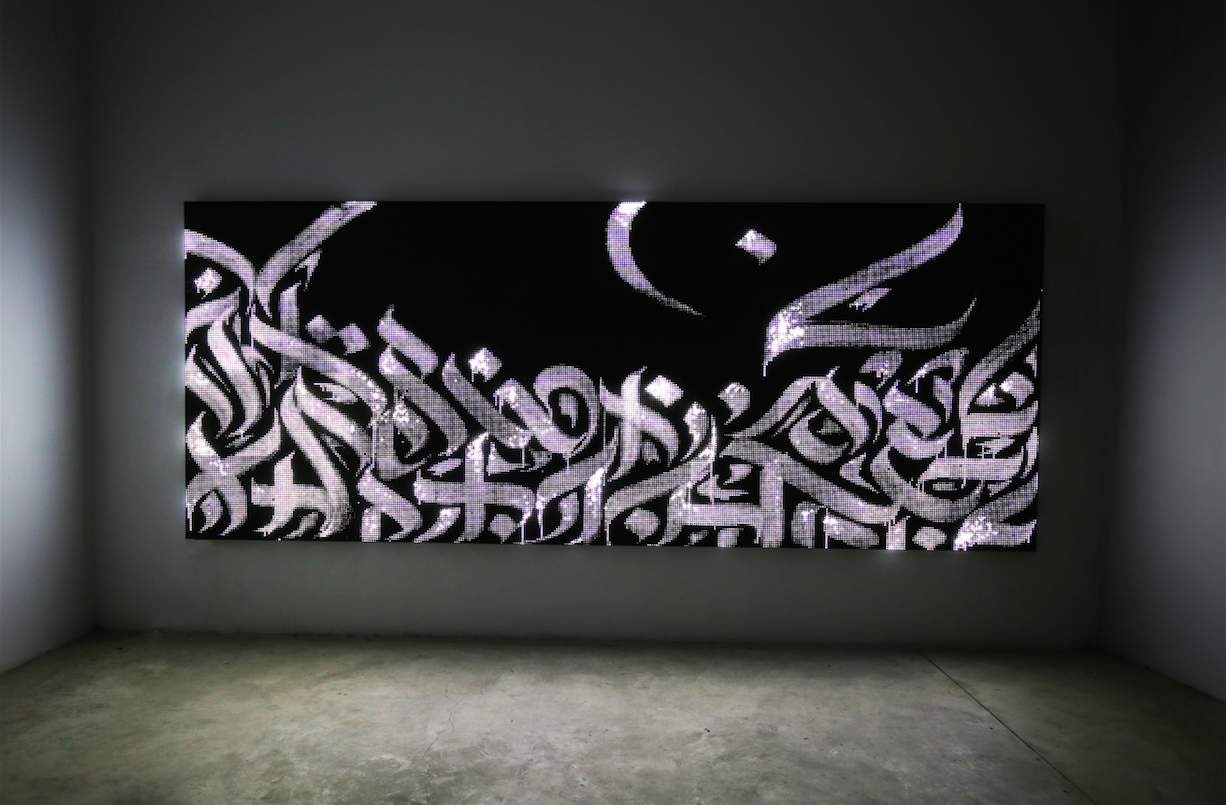 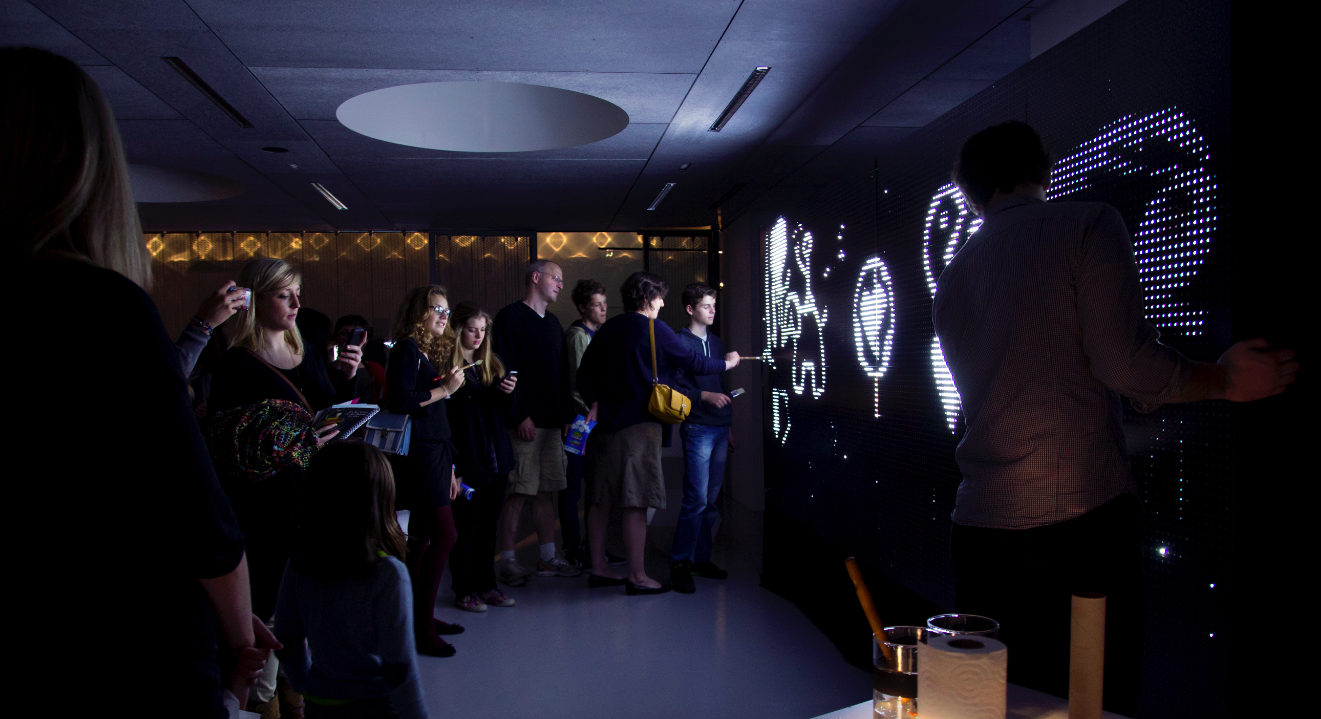 Client: the cultural and heritage department from city of Poitiers

Waterlight Graffiti is an interactive installation made of a wall embedded with thousands of LEDs
which light up if their surface is touched by water. Anything damp becomes a tool to drive or
write: a sponge, a brush, a water gun, or even a water atomizer to act as an eco-friendly graffiti
artist. «Waterlight Graffiti is between the agora and the fridge door in an apartment. It is a place to
leave ephemeral messages as well as playing noughts and crosses. »

The cultural and heritage council from the city of Poitiers was in charge to organise an event around the light during the summer 2012. They decided to make a tribute to the dismantle of a graffiti wall due to its dangerosity with an ephemeral installation. When the artist Antonin Fourneau met the the council with his concept it was like an evidence that Watertight graffiti would be the perfect answer to take part in this project.

Antonin has made in avril 2012 a first prototype of his idea with a small sample 15 x 10 cm. The engagement with the City of Poitiers was to produce a 4 meters wall in 2 months. This magnificent result was supported by the coproducer (ART2M) and the engineers team in charge of designing the final circuit and structure. Jordan Mc Rae was in charge to facilitate the PCB production and Guillaume Stagnaro has conceived the metal structure to set-up all the LEDs panels together.

The project is purely analogical, that means there is no computer behind. Most of the time people associate interactive surface with computer controlling. It's a funny feeling to mesmerize the audience with a technology based on the eighties.