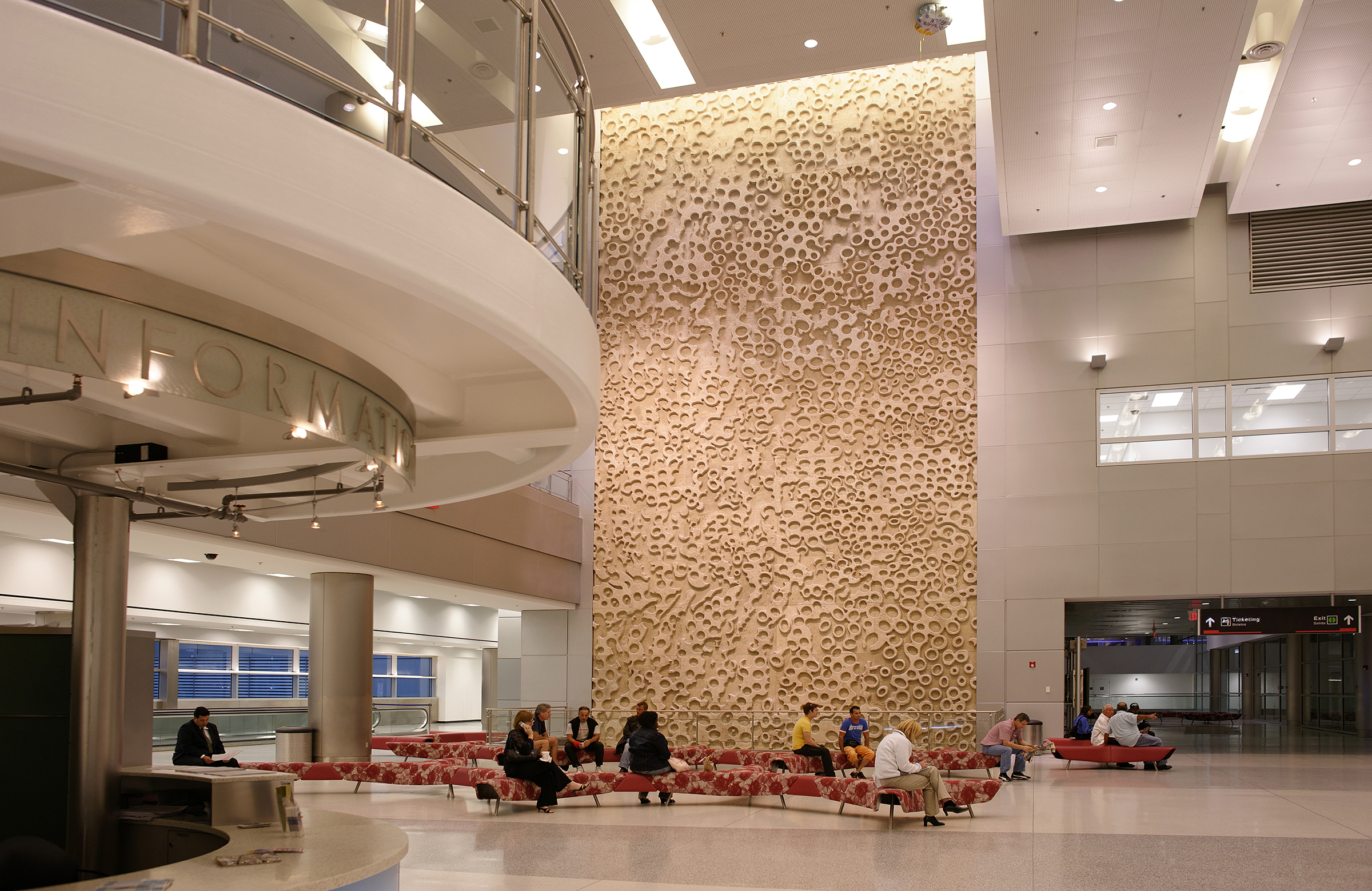 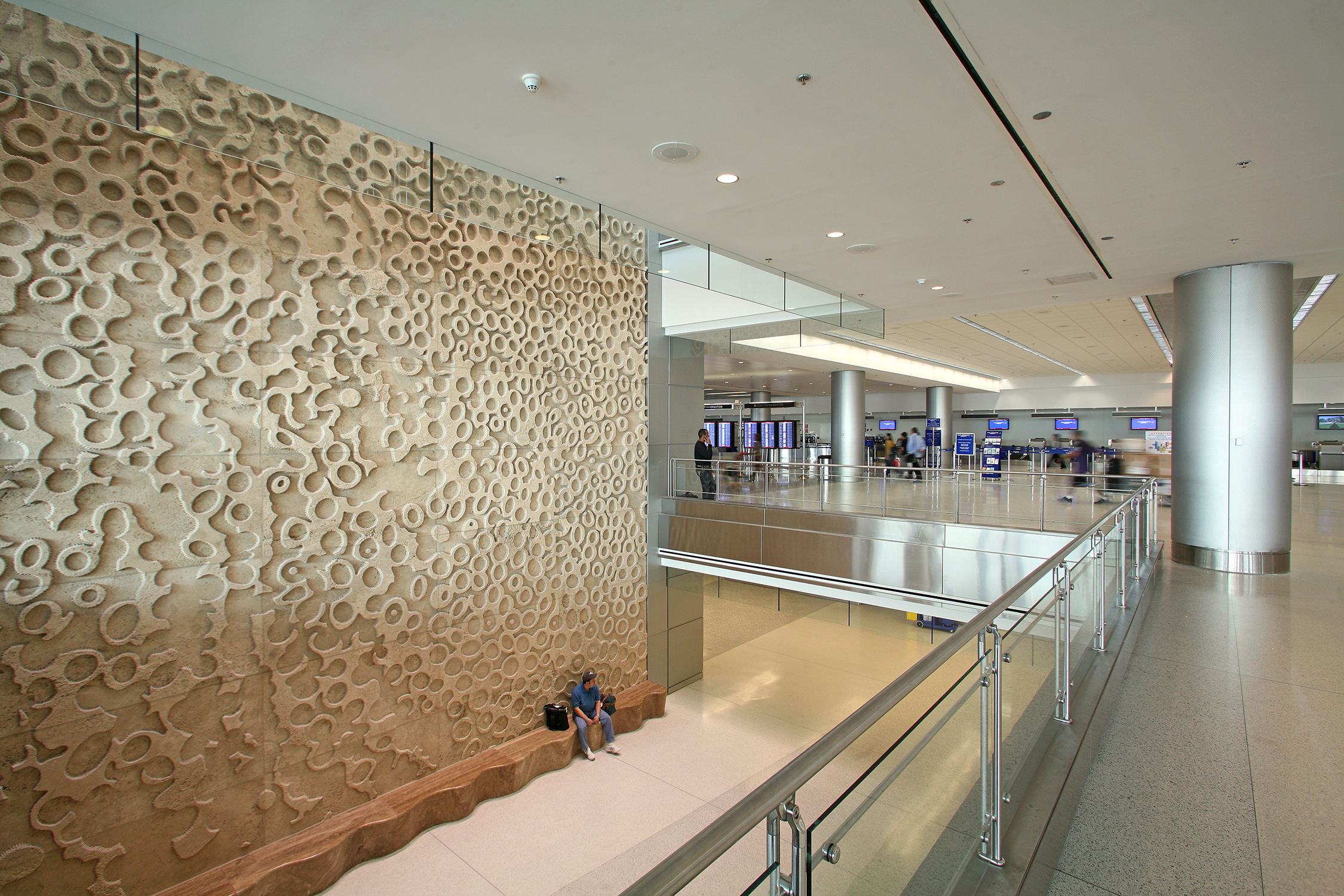 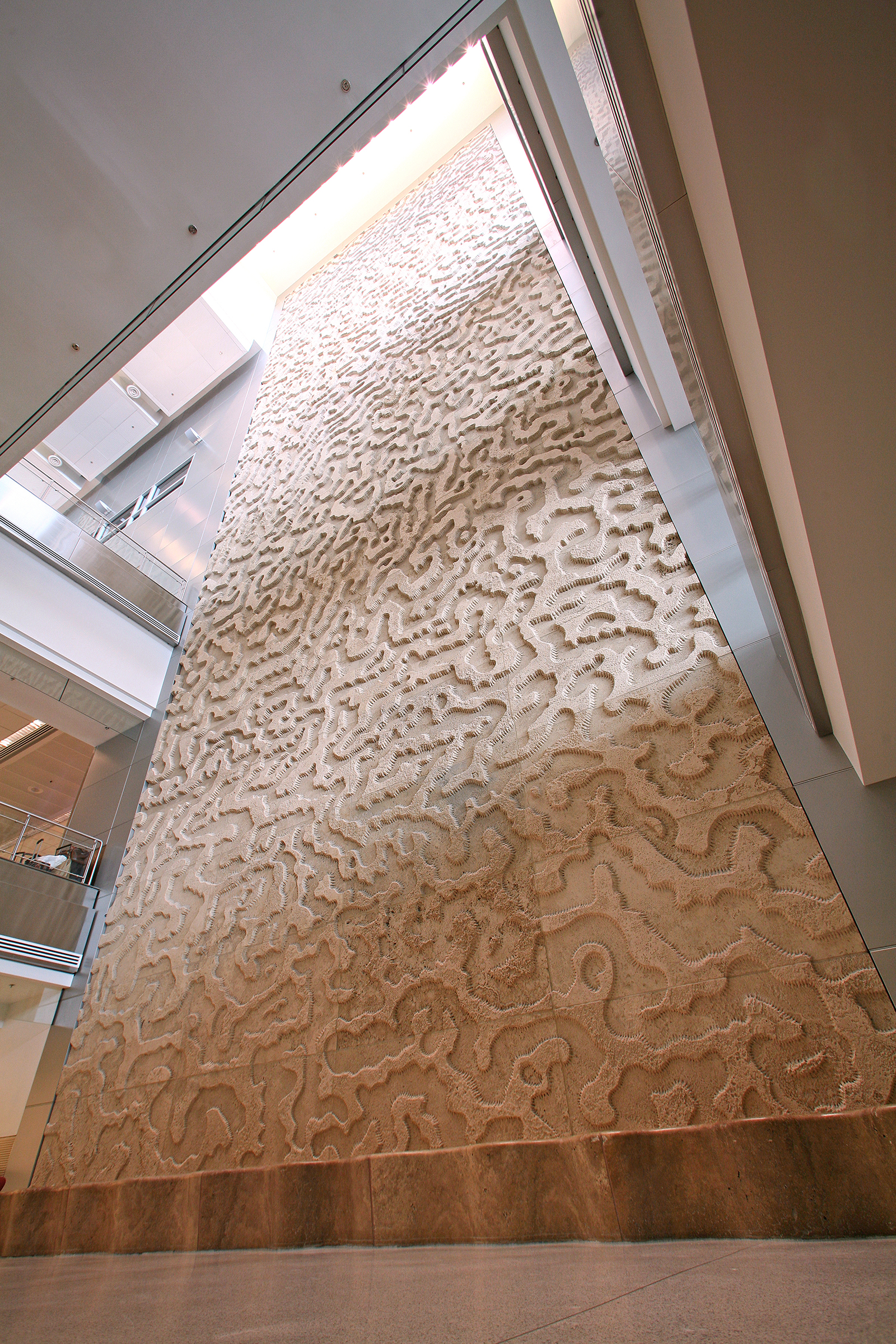 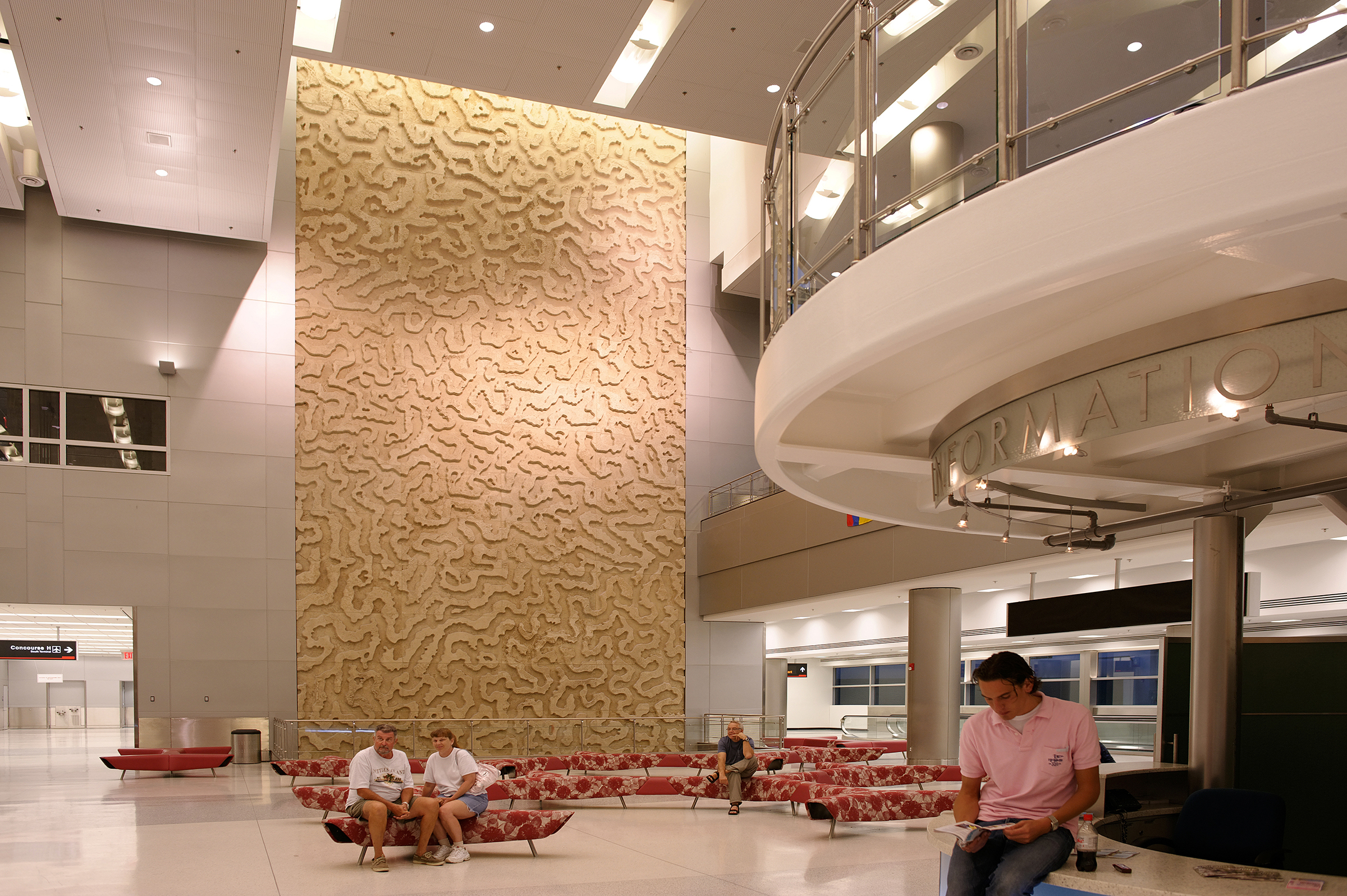 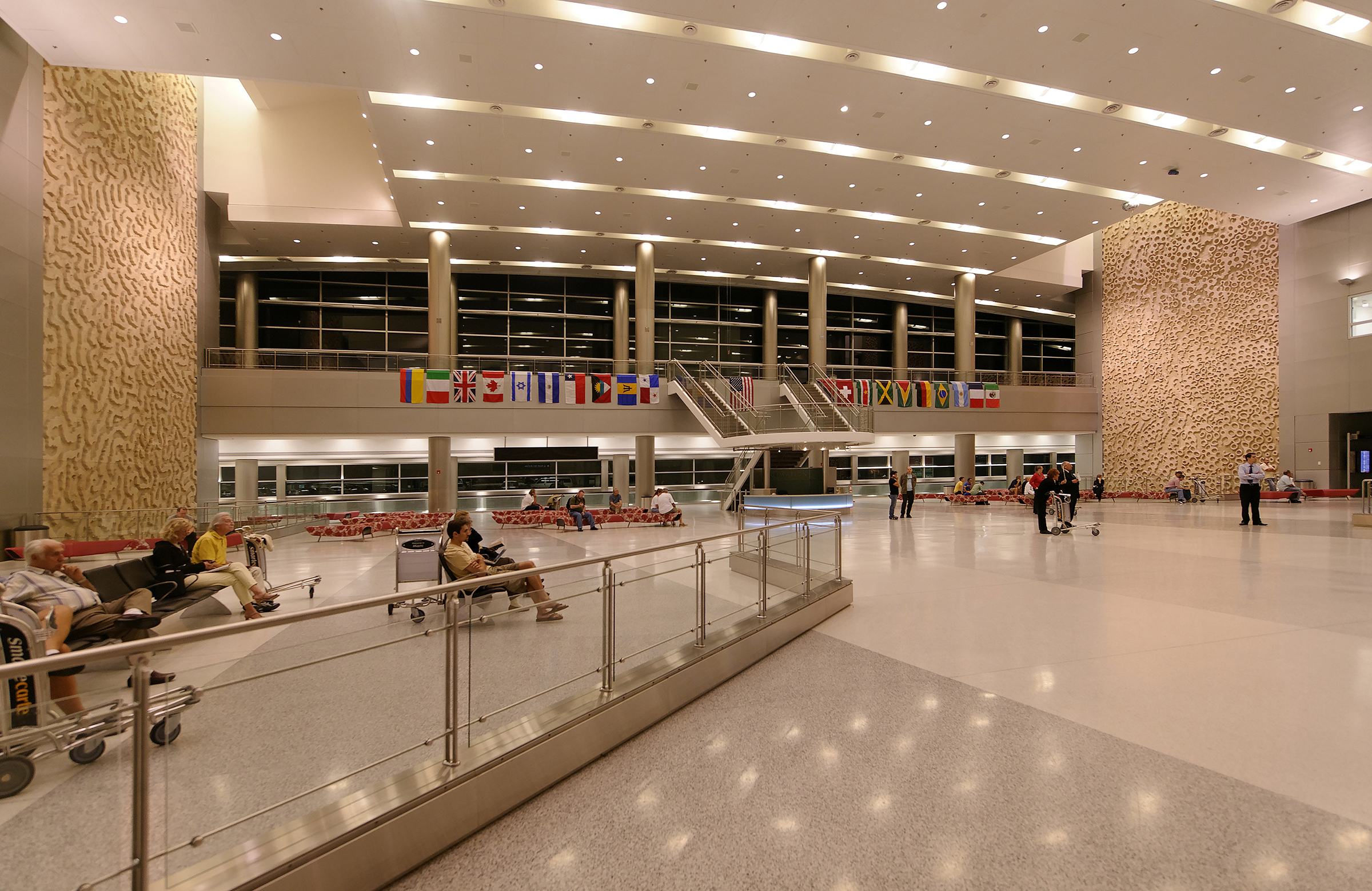 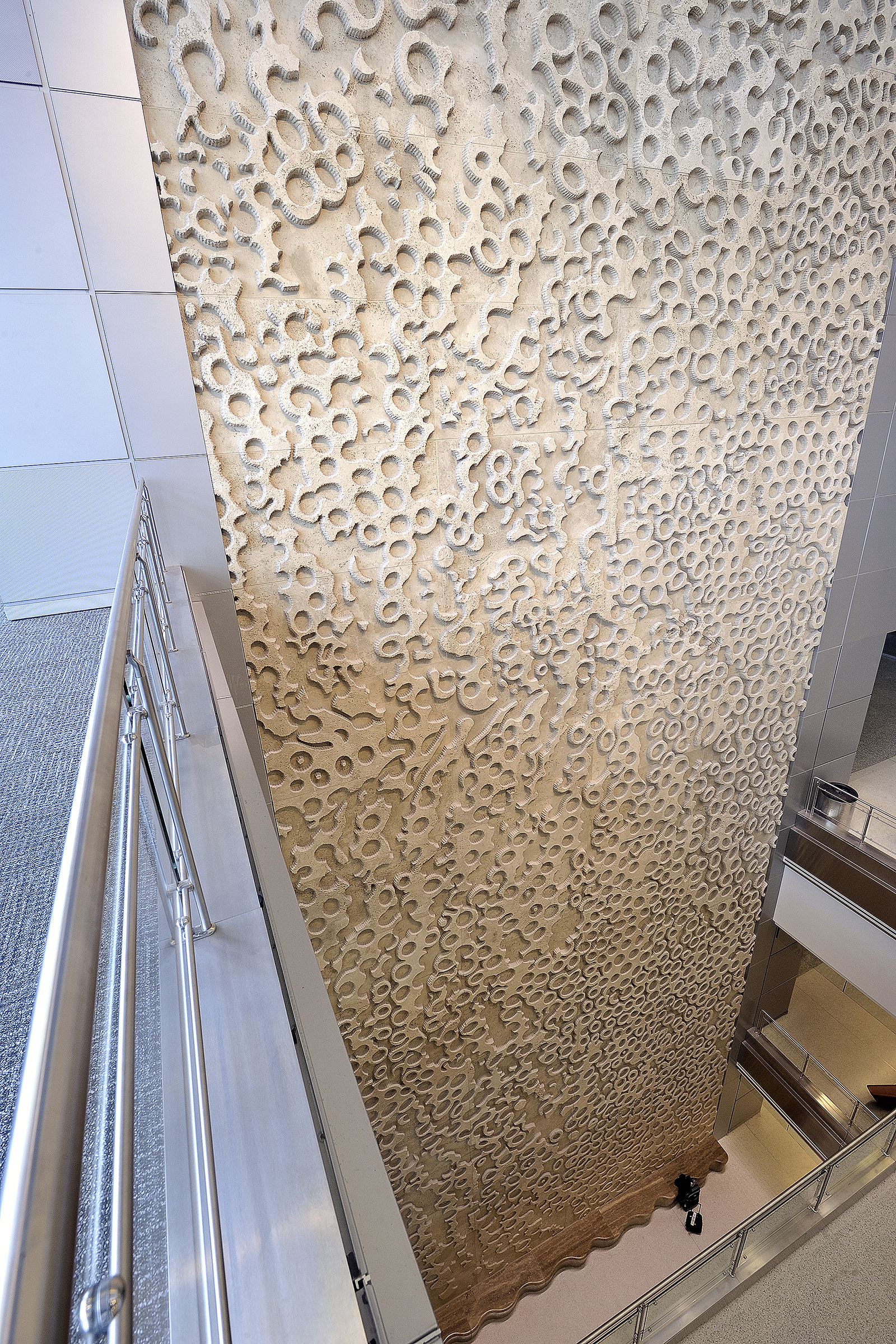 Coral Eden was derived from photographs of brain coral taken by artist Brad Goldberg with a macro lens. The original literal image, only inches in scale, is enlarged to such a huge scale so as to create an abstraction, a textural surface that evokes the natural organic forms of South Florida sea life. These two hand-finished Etruscan travertine walls, each approximately 30 feet wide x 90 feet tall, provide a textural relief juxtaposed against the clean modernist architecture of the Terminal Wide Improvements to the Miami International Airport and the new South Terminal.

The Miami International Airport is one the busiest airports in the world, a gateway to South America. An airport environment lends itself toward integrated rather than free-standing artwork,due to the high volume of people trying to get somewhere and the potential to impede the flow of traffic.

The artist was commissioned to complete an artwork for the Miami International Airport Terminal Wide Improvements and New South Terminal. When determining an artwork location within the airport, the architect made mention of walls within a very large meeter/greeter space. The artist suggested having the artwork penetrate through the floor plates in order to visually capture all levels of the building. The architect re-routed all HVAC systems and the fabrication of the artwork proceeded.The artist worked with two separate architects, each of whom were responsible for part of the project, a structural engineer, a stone engineer, a lighting designer, a masonry contractor, an installer capable of working at this scale, as well as a stone fabricator capable of producing this complex work.

These two 30 feet wide x 90 fee high travertine relief walls kept two five axis CNC routers running twenty-four hours a day for an entire year. This technology was not available in the U.S. at the time, so the work was fabricated in Italy. After the routing process, the entire surface of the two walls were hand-carved. The artist spent over eight months in Italy carving the textural surface. This project was awarded a 2008 Public Art Network Year in Review from Americans for the Arts