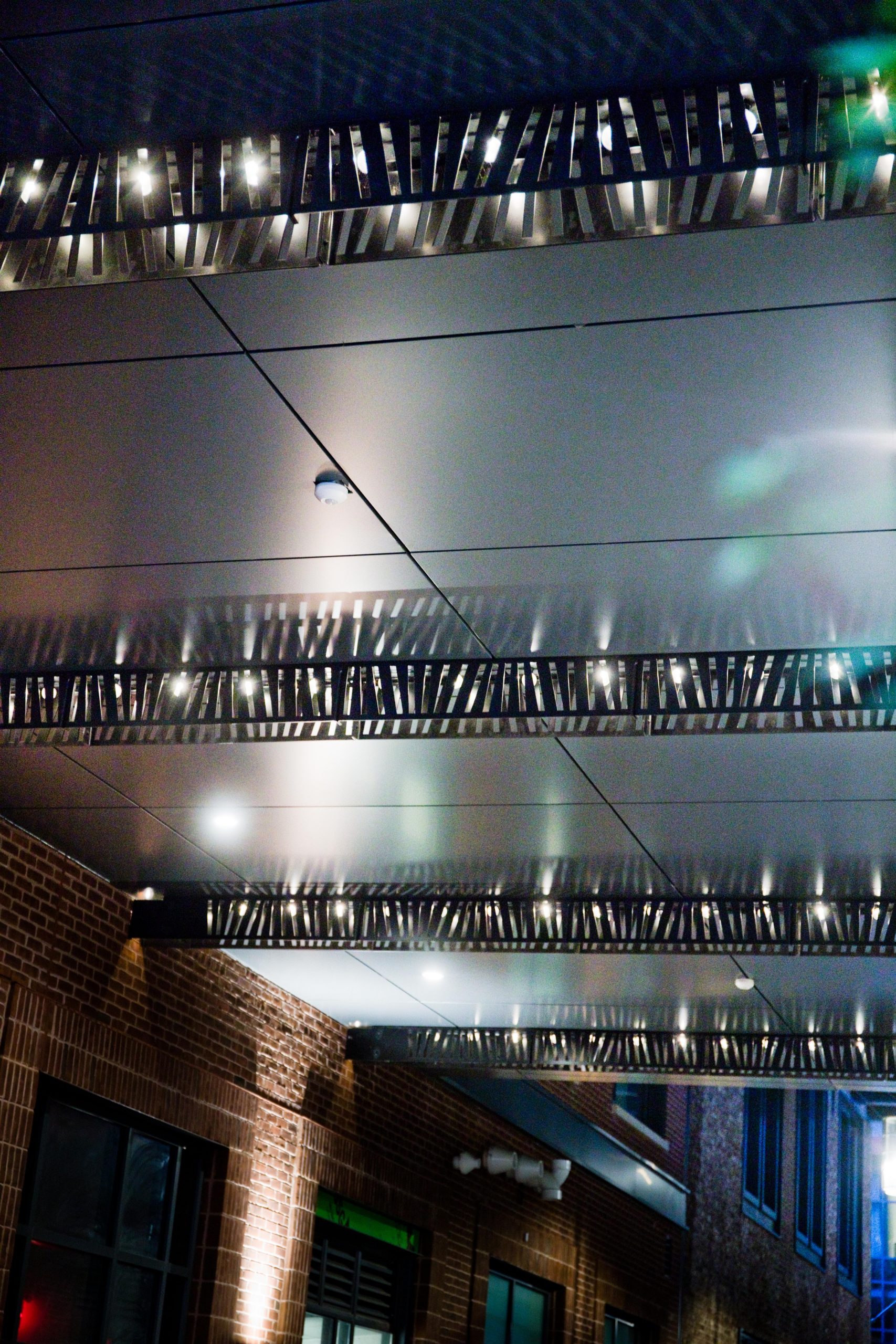 Included in the Water Street space was an artist-painted mural on one loading bay door, which Gilmore accented with architectural light. Lighting had to solve for wayfinding and security after dark, cohesively link the loading passages to public space, and illuminate the mural.

Hired by the developer, Gilmore worked exclusively with the developer team when the project was in final stages of construction. Using three different sets of building documents, Gilmore analyzed the conditions and through site survey looked for other materiality cues. Open steel elements already on-site inspired the concept of projected patterned light at the ceiling. Schematic illustrations and mock-ups garnered concept approval leading to immediate development of final plans, specifications and construction details.

Water Street is one of several distinct projects within the overall Wharf development. As a collaborator in the effort to introduce tourism, commerce and recreation along the Potomac River and revitalize the historic DC Fish Market, the country’s oldest operating open-air fish market, Gilmore has designed artful light installations to brand the new neighborhood hub as a DC destination.