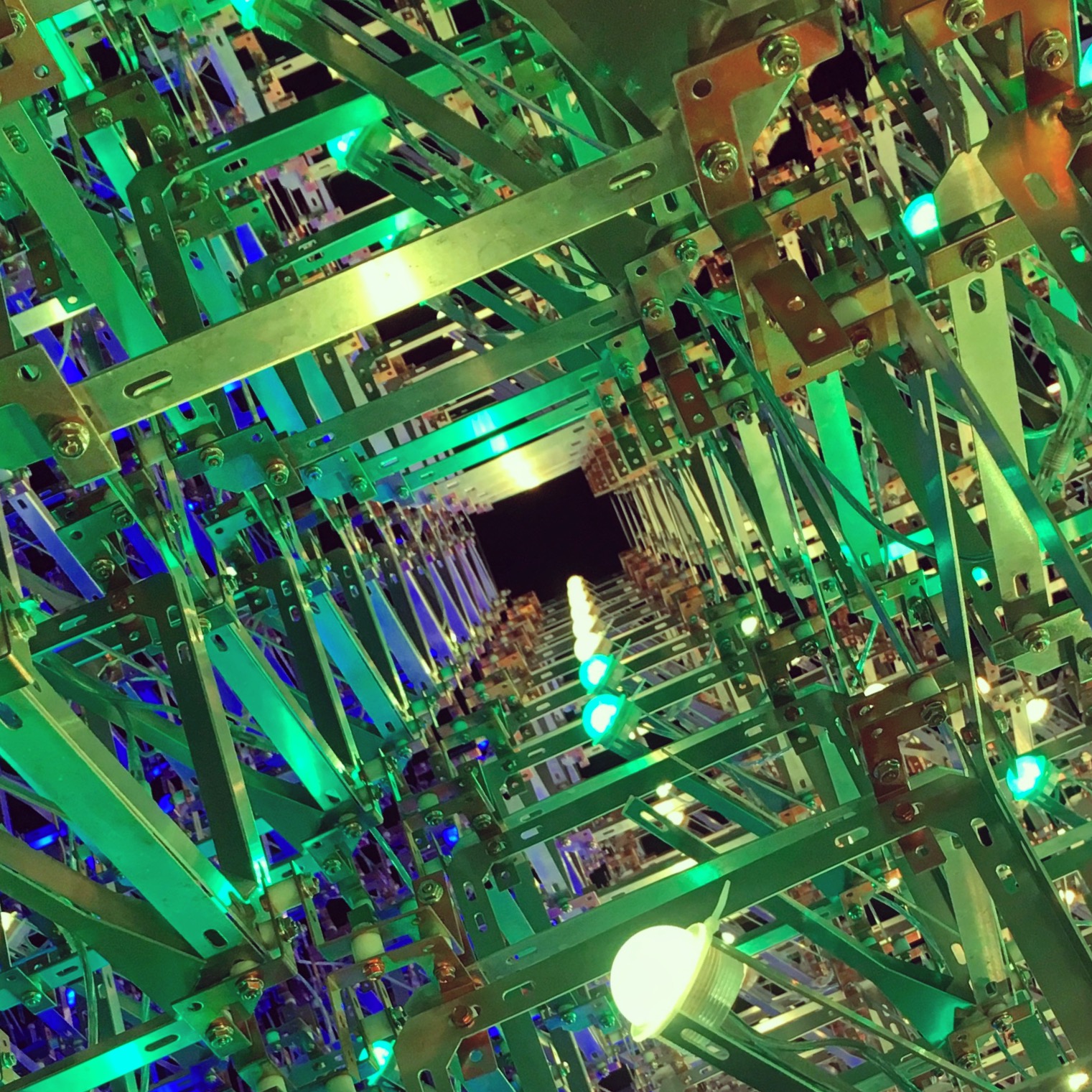 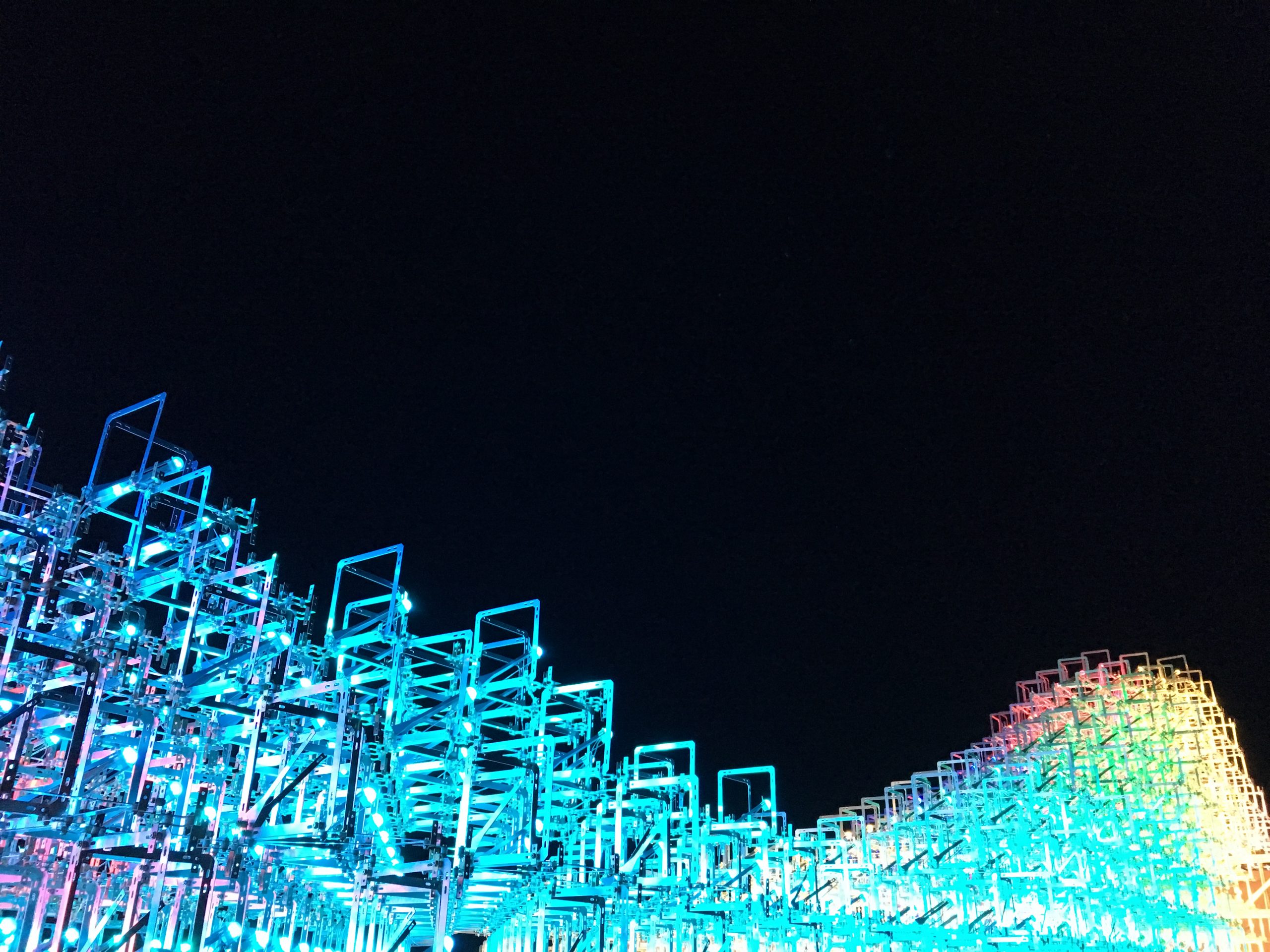 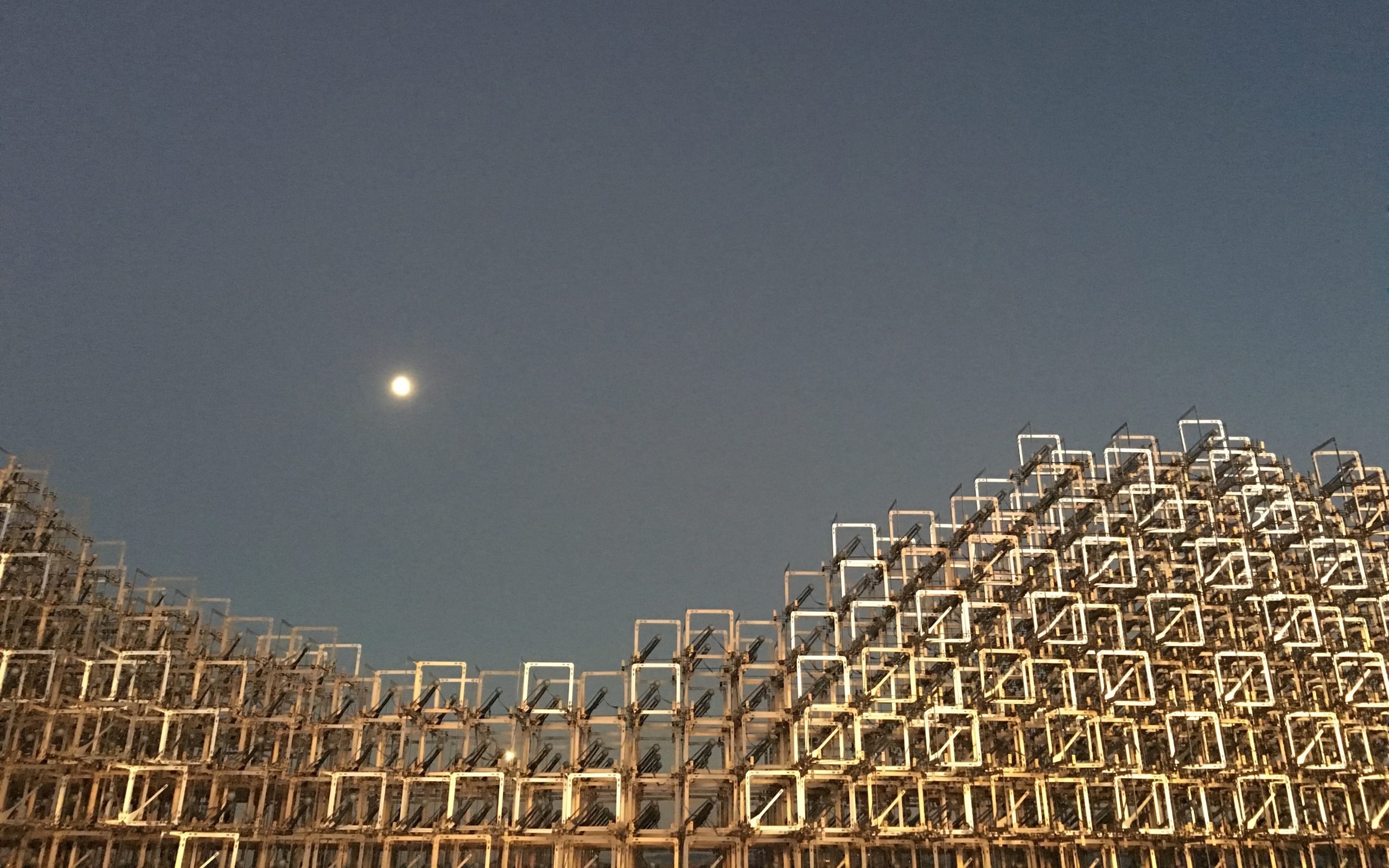 Voxel Cloud is a three-dimensional illumination texture designed to diffuse the Pierce roofline into the San Jose sky through a cloud of clustered light voxels draped atop the building. It is a dynamic illumination system composed of an array of data-driven RGB LED’s contained and connected through a matrix of reflective, metallic cube frames.

Each frame is identical and when repeated in aggregate the collection generates a visually complex yet site-responsive structure capable of adapting to the building’s physical elements. The frames create a refractive medium through which the emitted light reflects, bounces, and travels, propagating multi-dimensional light through the city skyline. As a singular composition of illuminated form Voxel Cloud is monumental and unique, capable of augmenting the San Jose skyline at the urban scale – a true civic landmark. Simultaneously its aggregate configuration of smaller units induces high resolution detail that makes it addressable to the scale of the building envelope and its textures. The reflective cube matrix also increases the resolution of light by multiplying thousands of light sources into tens of thousands of shimmering light points. The result is an atmospheric volume of scintillating light as opposed to a conventional and monolithic display. In this way Voxel Cloud engages light as a volumetric medium of spatial and experiential transformation and not simply a surficial application of illumination technology as a screen.

Voxel Cloud was designed and constructed by the artist, Brian W Brush. I worked closely with the building architect, Steinberg Architects, building engineer, and my project design engineer to resolve structural connection and integration with the host building.

Voxel Cloud is a project belonging to a body of work by the artist investigating Media Architecture and Media Art.