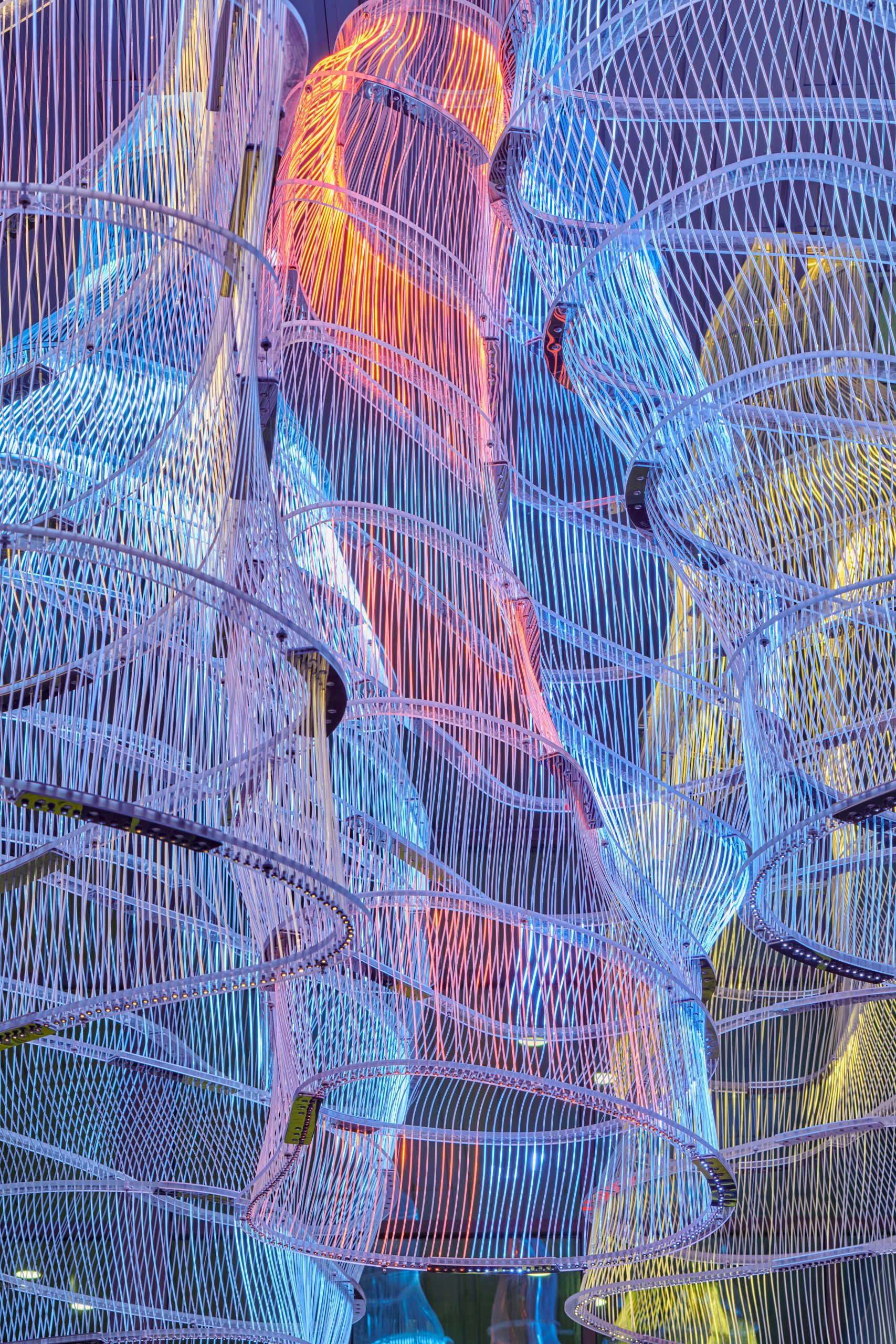 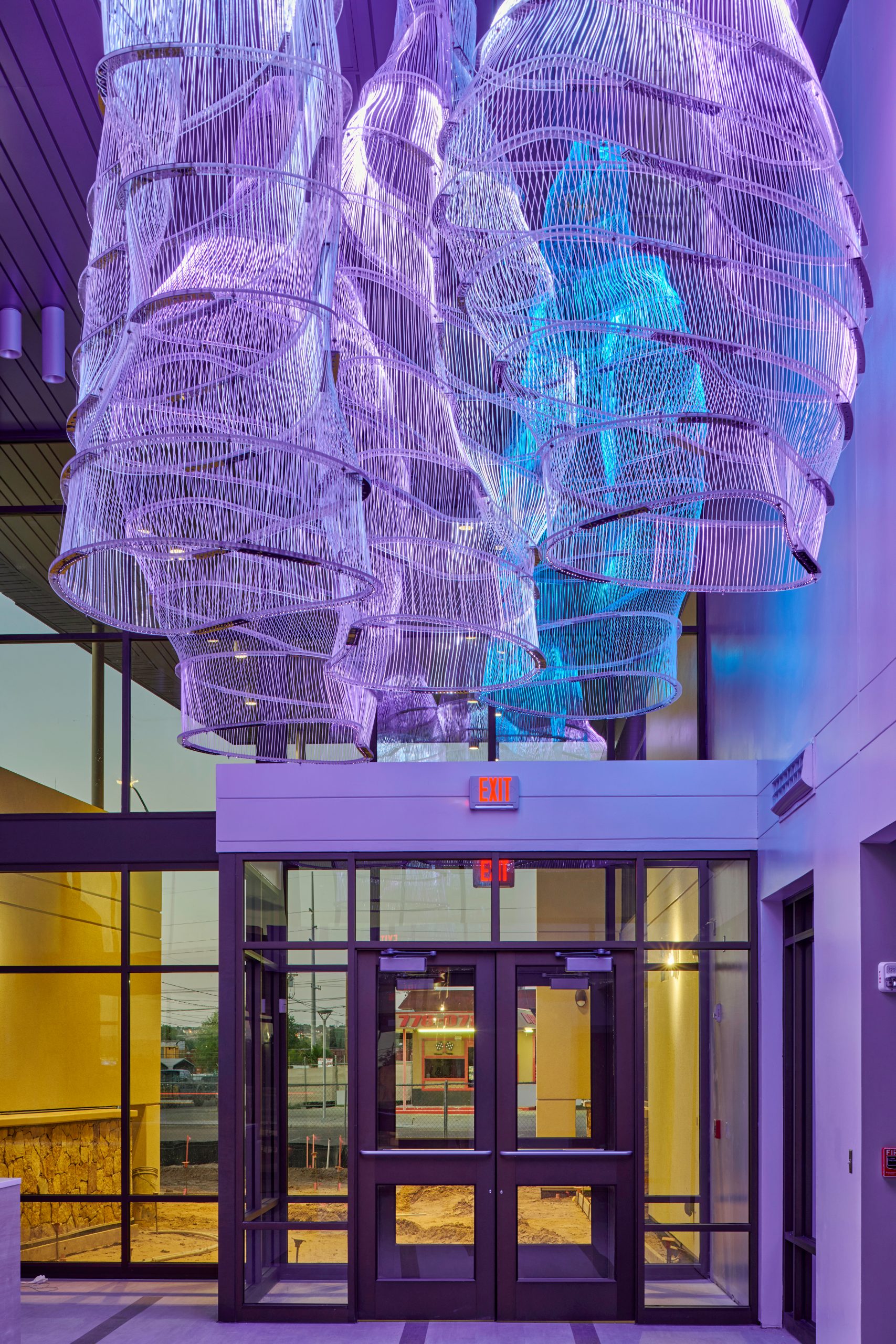 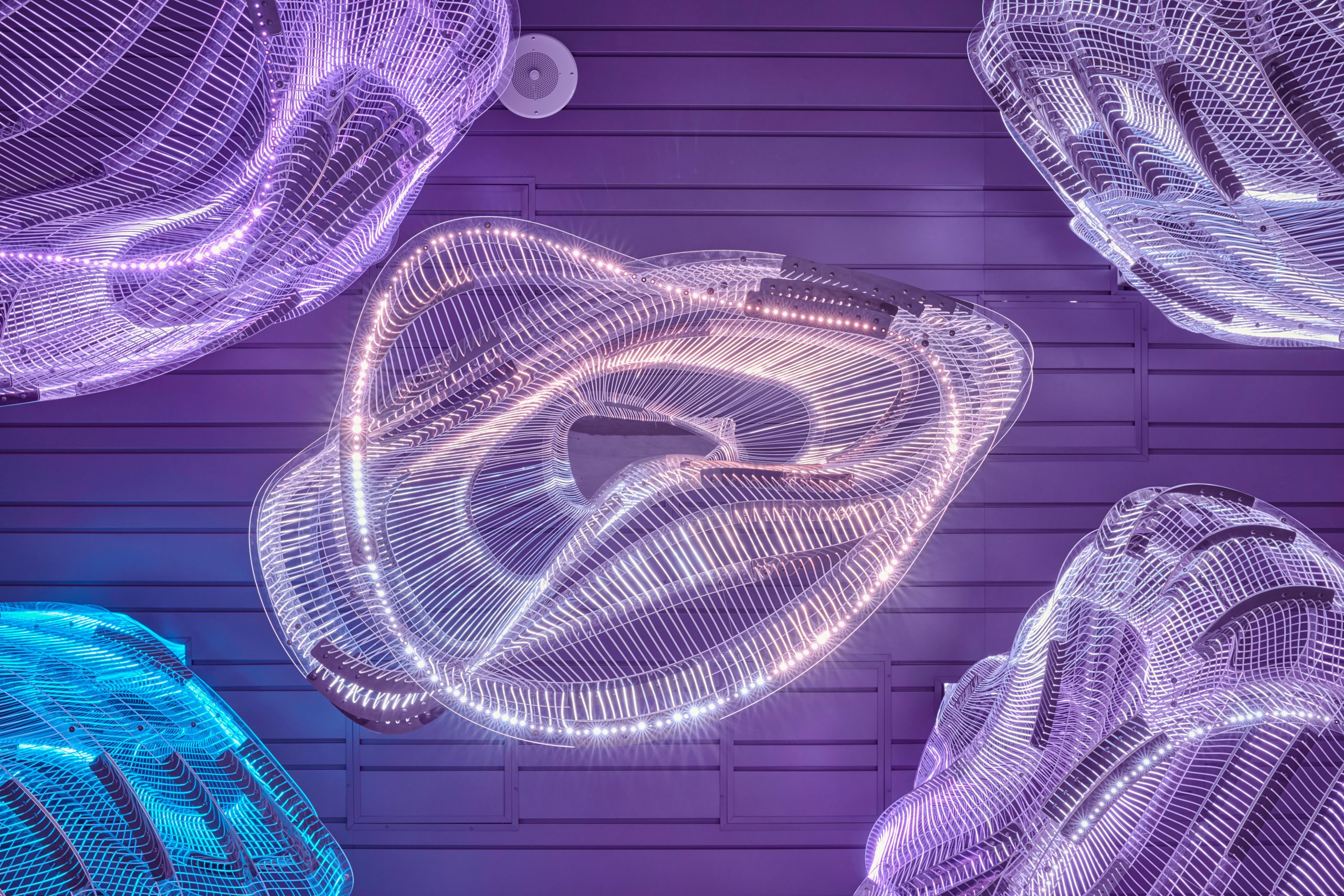 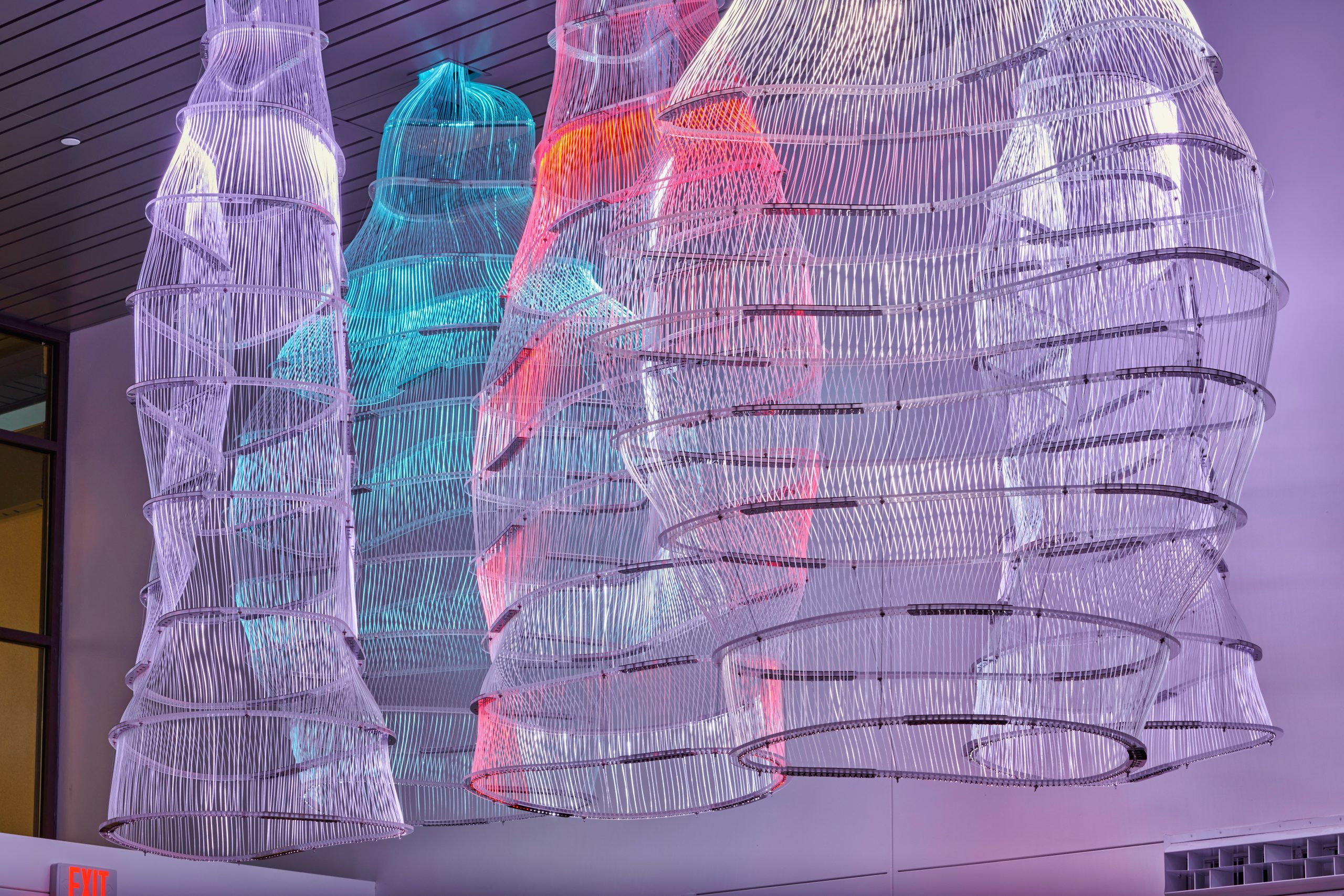 Commissioned by the El Paso Museum and Cultural Affairs Department for the new Alameda Public Library, Voids is an artwork primarily made of optical fibers. Known for his large-scale public installations, Osman Akan had been working with optical fibers since 2004.

The artwork uses some 15000 feet of optical fibers that were cut to 16 feet section, then bundled to 62 strands per illuminator. Each of the 5 forms of the artwork are illuminated with 3 lightboxes. Aside from optical fibers, the horizontal elements of the forms are laser cut out of acrylic sheets and connected together with mirror finished stainless steel components that match their curvature. Installed version of the Voids is approximately 40 inch by 92 inch with a height of nearly 15 feet for each form.

Main goal of the artwork was to activate the building taking advantage of the large glass facade on both front and the back of the atrium. The glass enclosure drive the concept of installing a lit form in to the space that can be seen easily.

Concept of the artwork finds it's routes in the idea of generating elevation curves that relate to physical space. In the shape of man made forms, optical fibers that carry such information through the network of the library finds an embodiment of such concept in the voids of the artwork.

Recently completed in May 2020, permanent commission for the artwork was received in 2018. Mr. Akan, closely collaborated with MCAD staff in all aspects of the project as the building progressed from a plan to it’s current completed form. Voids was integrated to the architectural plans of the library from very early on and fabrication was synchronized to meet a tight schedule. Voids is a unique artwork created for this location and is now part of the City of El Paso public art collection