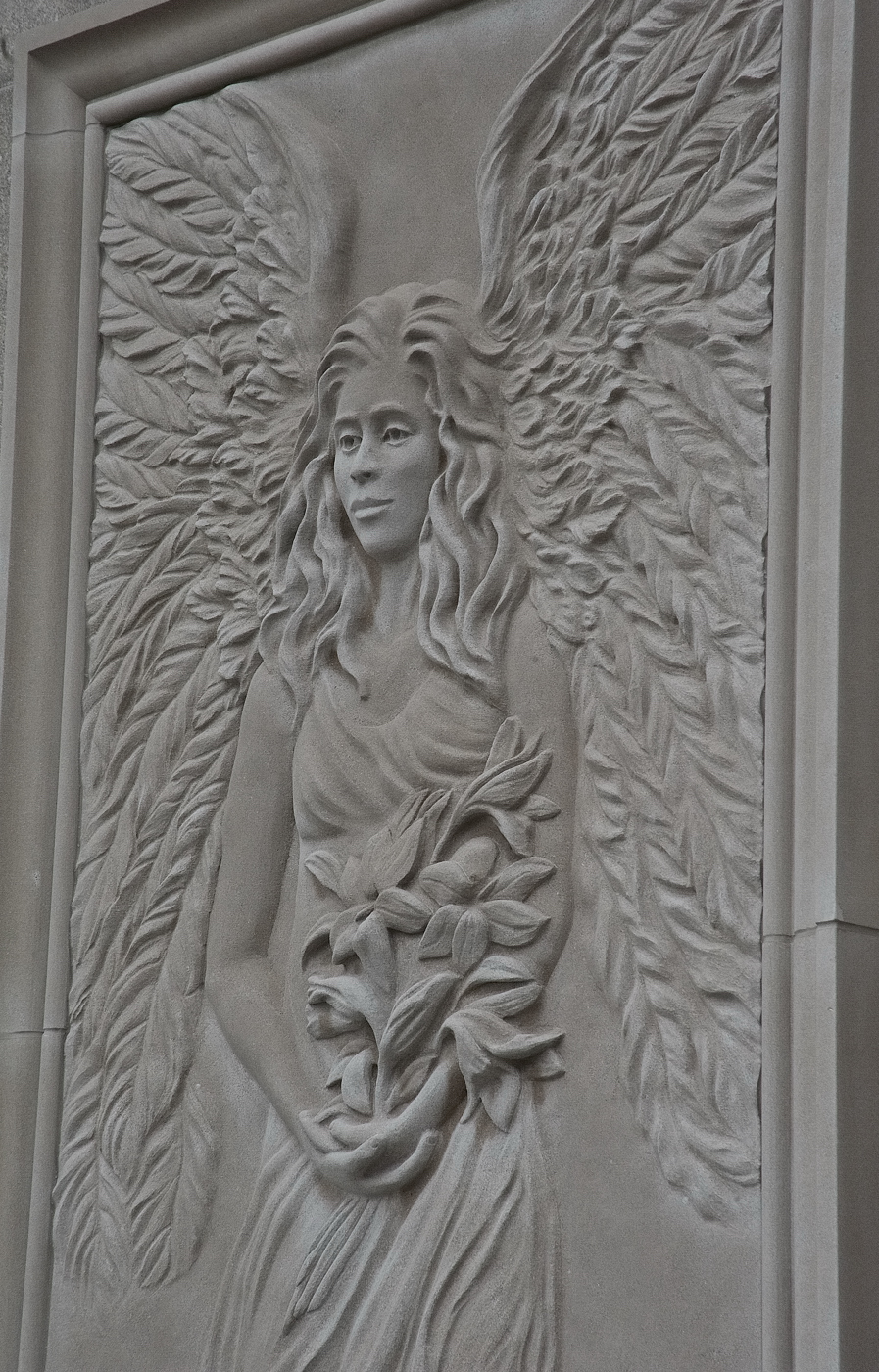 Sunset Hills Cemeteries and Mausoleums, Flint, MI. were preparing to build a new structure on their grounds. The founders in the 1920’s had built an architecturally beautiful Mausoleum with a limestone carved exterior, which was approaching capacity. The owners had many contemporary ideas they wished to implement and they took great care to work with leading architects to plan the new building. A plan was initiated for a 17,200 Square foot T-Shaped Structure, with clerestory windows to admit natural sunlight to the interior space.

The structure was perceived as a light filled, structure of grand but comforting scale. The owners, followed the example of their ancestors in taking great care and responsibility for the cemetery. As way of showing their pride in their community as well as reinvesting in the same community, they commission high quality local artists and craftsmen whenever possible.

There was a wonderful symbiotic relationship amongst the board members, architects, interior designers, floral designers, stone masons, craftsmen, landscapers and workers. Everyone was excited by the innovation and by the individual abilities each contributed to the team. The new building would have Italian marble walls & floors, Glass mosaic scenes on the interior walls, granite exterior walls and limestone panels of carved bas relief angels. While walking the grounds, I was impressed by all the natural beauty and noticed wedding parties posed by professional photographers on the hillsides of overflowing flowers and mature trees. The owners wanted youthful somewhat modern angels with uplifted, thoughtful expressions, which I agreed was fitting. I laid out the maquette of the first angel. Inspired, I incorporated a bouquet of lilies to symbolize spring, suggesting that each of the four angels could represent the four seasons. I awaited their response. To everyones delight the concept reinforced the theme of nature and seasons which they had chosen to appear in the landscape mosaics on the interior walls.

The new building was to be called Sunrise Mausoleum, however the following statement appears on their literature; The Chapel of Angels name was inspired by the four original stone angels gracing the exterior. Each of these Angels carries flowers representing one of four seasons. Evidence that a good team full of artistic ideas can transform emotions and thoughts in addition to changing perceptions of visual spaces.