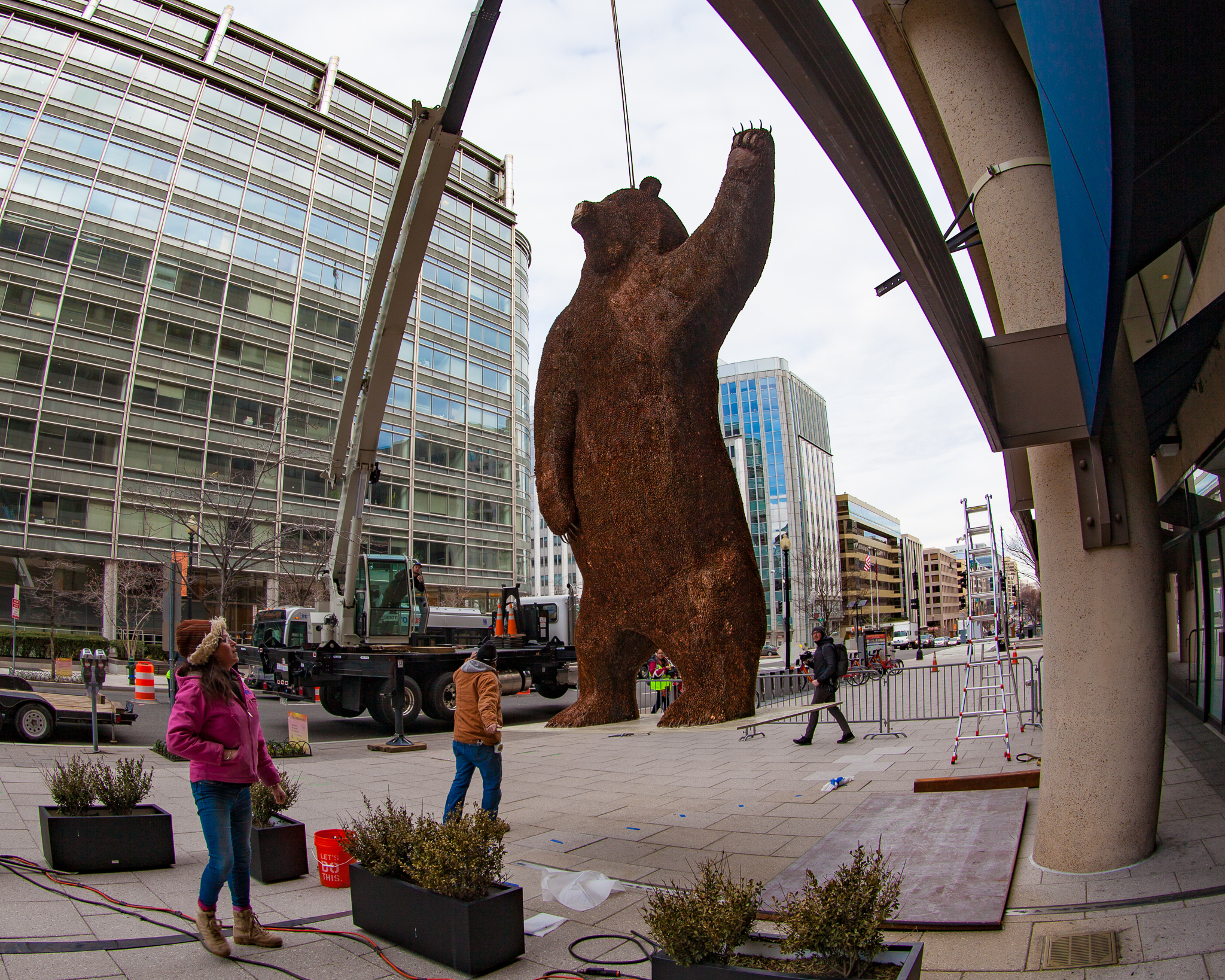 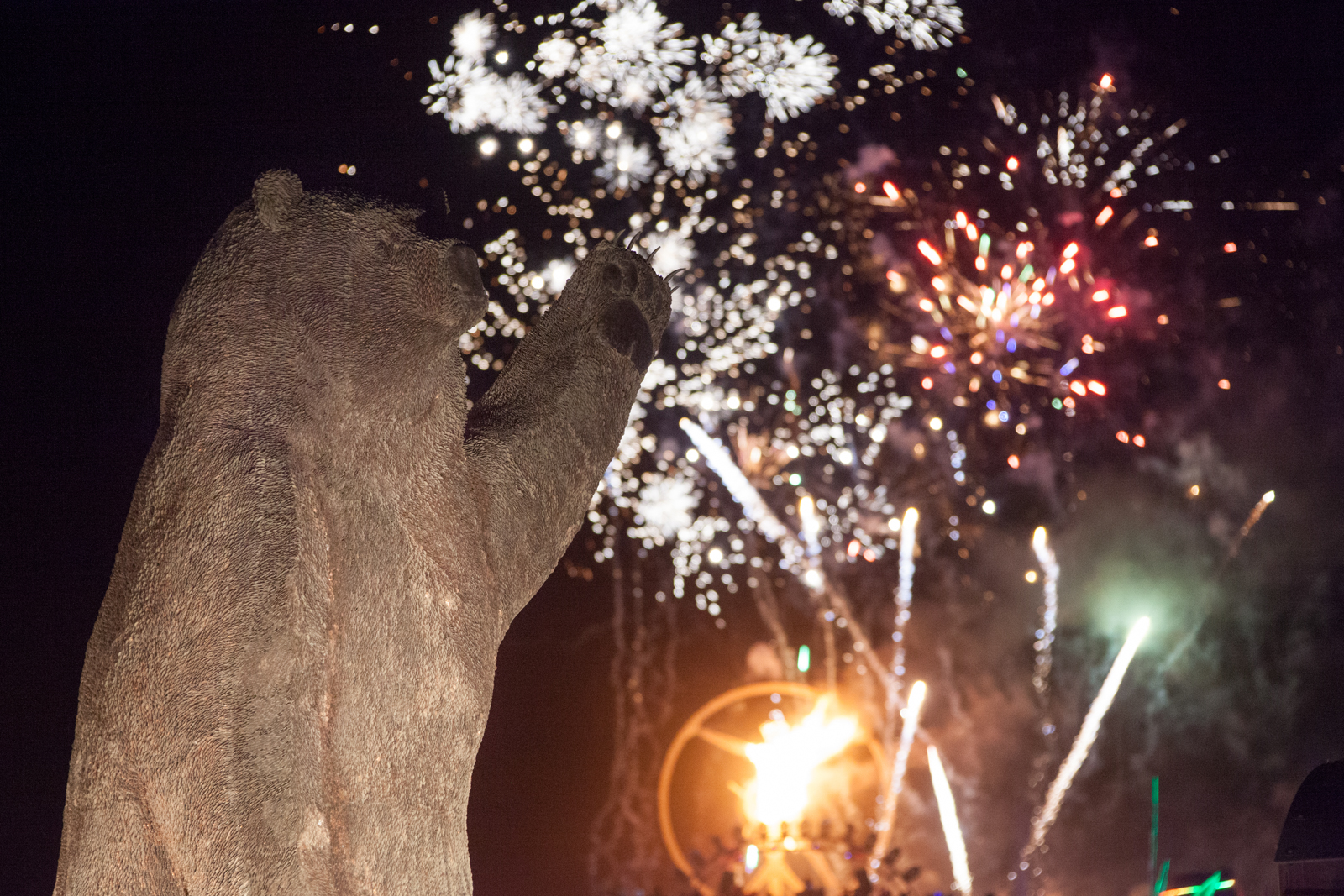 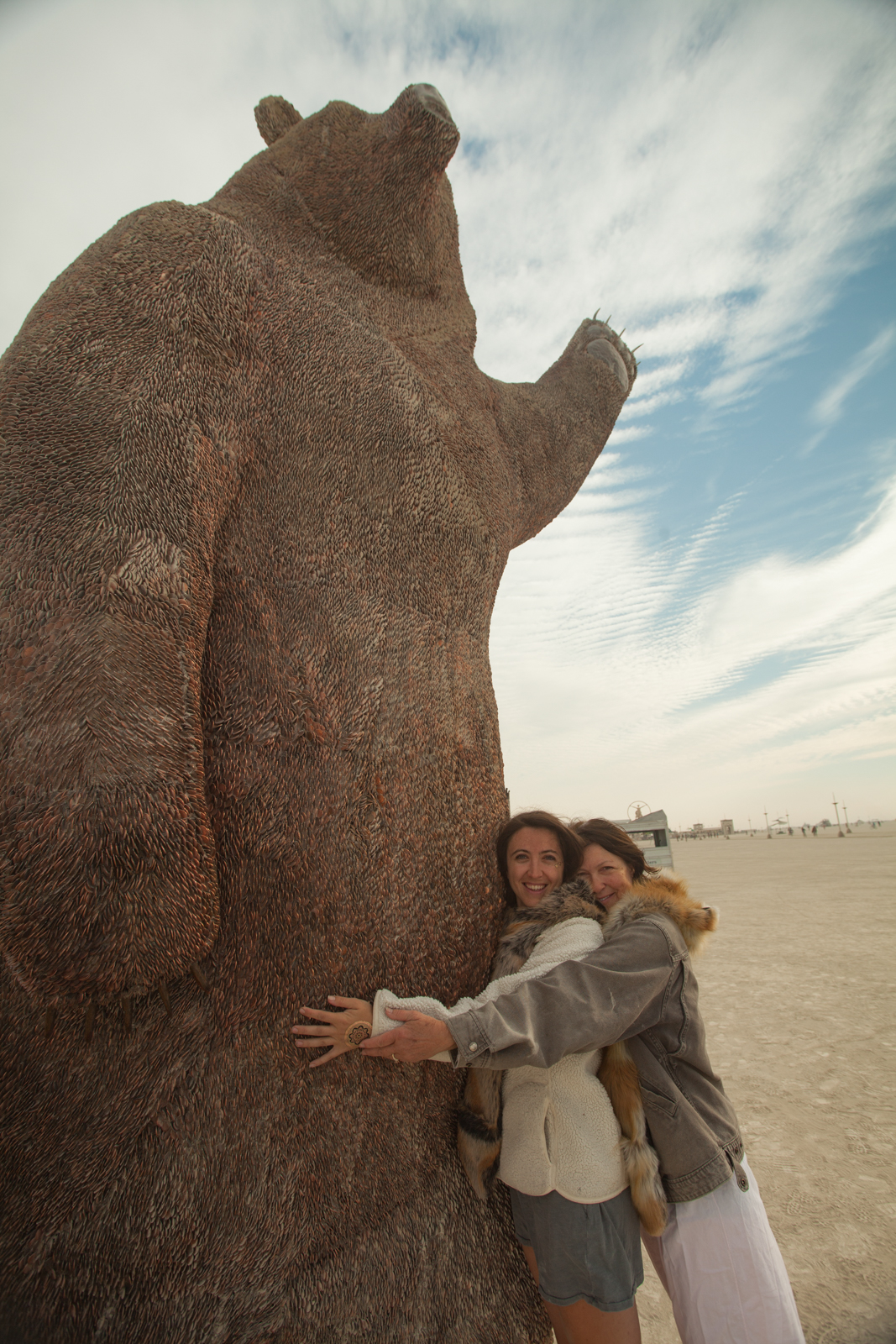 Ursa's fur is made from 170,000 pennies from the US, Canada and Europe. Her core is a steel frame then covered in carved styrofoam and coated in concrete with the pennies embedded. She took 5 months to construct.

Ursa Major was a Burning Man Arts honoraria project. Most of the pennies used for Ursa were donated by Burners, friends and family. A team of 7 persevering penny layers and over 20 volunteers created Ursa's fur.

We are deeply grateful to the honoraria support of Burning Man Arts, who have supported us on this project, previous and current. Burning Man wants to see innovation, community inclusion and a reputation for delivery in difficult conditions. We have worked with Burning Man Arts to display our art in public venues and we are so very pleased that with the generous donation of Ursa Major's owners it is part of The Smithsonian American Art Museum/Golden Triangle Business District's exhibition of Burning Man art: No Spectators.

This art is made possible by the commitment of our volunteer art team. As a team they put in hundreds of hours to the project which is also for the event they love, Burning Man. The pennies used as fur were donated by Burning Man community members around the world who wanted in at least a small way to be part of the project.

Our work is one of visual and sensory deception. A participant sees the installation from afar and recognizes it as a brown bear but on closer examination, they see that the fur is made of pennies and that they are a delightful to rub hands across. Questions beg as to how many pennies are on the piece, how heavy is it and how long would this have taken?