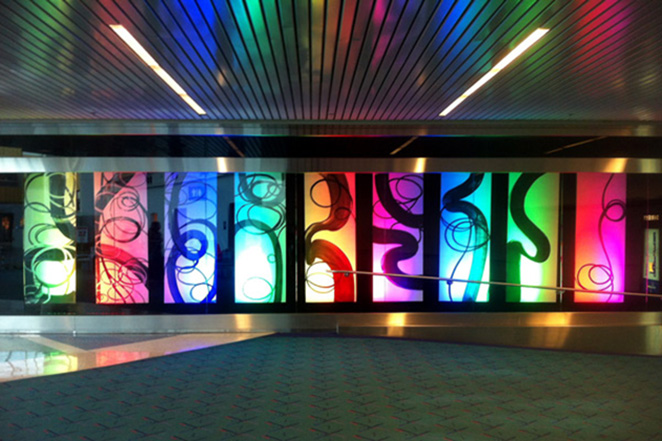 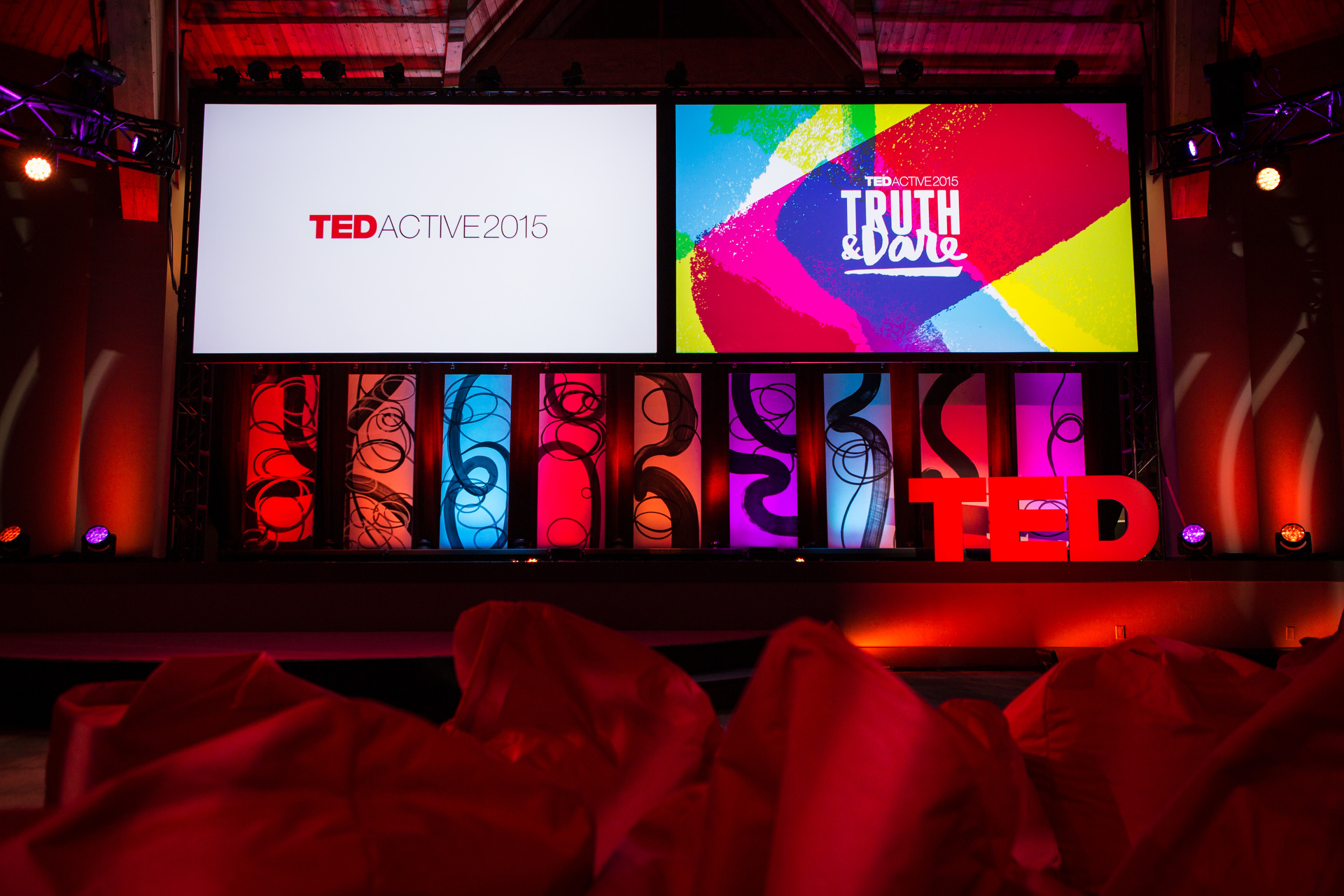 Untangled, is a 9 panel painting, as well as a metaphor and a process for untangling limiting stories, beliefs and behaviors. Initially created for TEDxConcordiaUPortland, Untangled, was installed at the Portland International Airport for six months. The PDX Art Program provides a showcase for artwork that reflects the values of the Port of Portland and the region. This piece went on to hang at TEDActive 2015 in Whistler, Canada.

The goal was to provide visual interest for people standing in long TSA lines and passing through the international concourse at the Portland International Airport.

The 9 panels were hung from the case ciling using a unistrut system. The ceiling and walls were painted black. The back wall which is a frosted window, was covered with black paper and then black fabric. On the floor in front of the panels were five large LED banks of lights that would transition through various colorways following a computer program.

This piece first hung at TEDxConcordiaUPortland 2013, The Portland International Airport from September 2013 - March 2014 and to TEDActive in Whistler, Canada in March 2015.