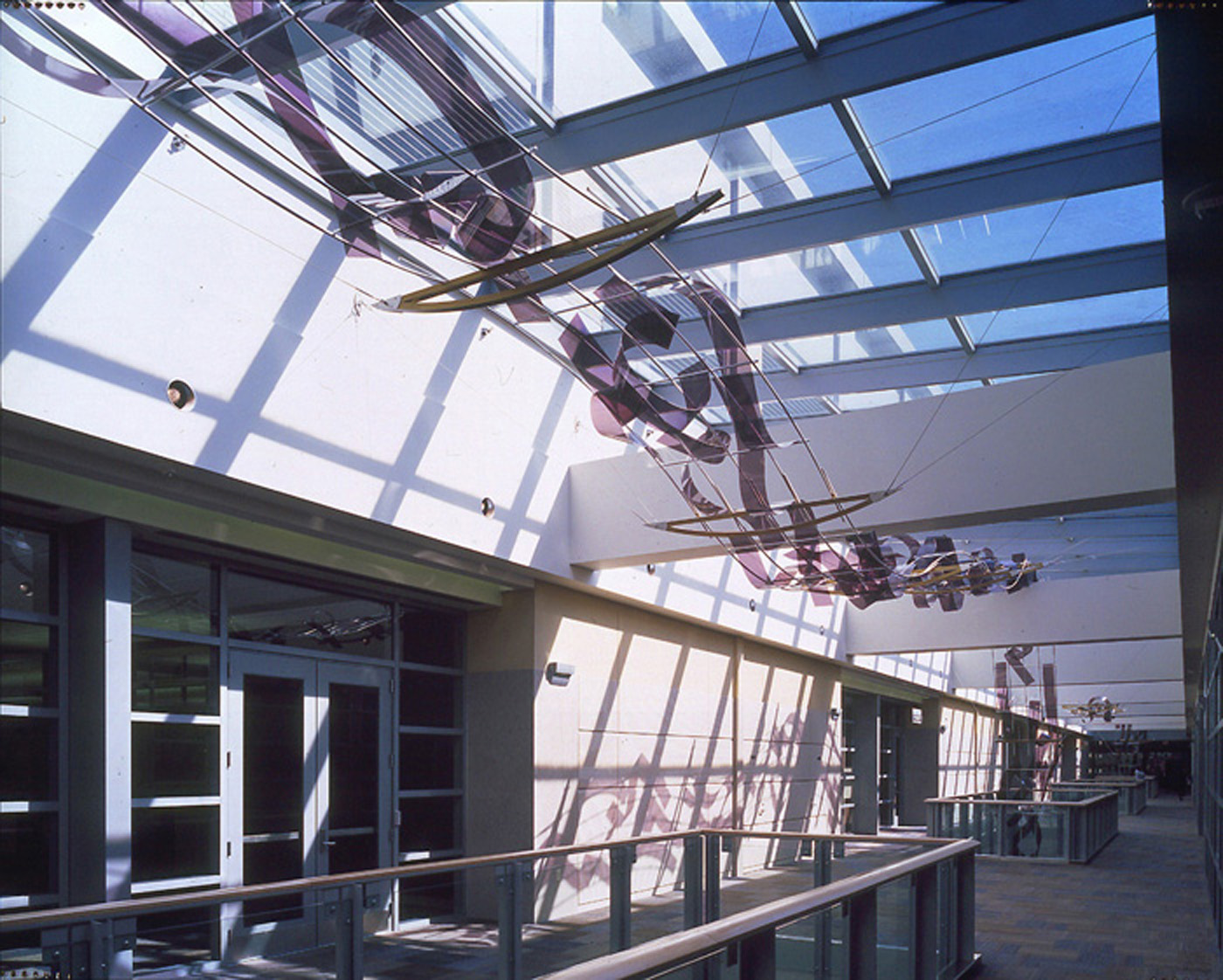 The two major rivers converge at the area where the new Banking Facilities were developed and are very important to the history of Pittsburg, PA. The goal was to incorporate a continuous, flowing suspended sculpture that also incorporated the clerestory sun and shadows on the walls.

KRS wanted to incorporate the Monongahela, Allegheny rivers which flow into the Ohio River as a visual poetic story. This then allowed for the very long corridor to have some identity and spaces where some of the areas had the art flow down into the stairwells and kept the full idea of their river environment.

Metal hung ceiling corridor sculpture: anodized aluminum tubing, stainless steel cable and polycarbonate strips depicting the two rivers flowing into the Ohio River and its bridges & waterfalls that surround the city. 480' in length divided between two corridors and three atriums with 15' high skylight ceilings. Shadowing on corridor walls changes seasonally using the natural ambient light from the existing skylights. Built in a reclamation area as a key component to rebuilding the downtown center as a pedestrian-friendly city.