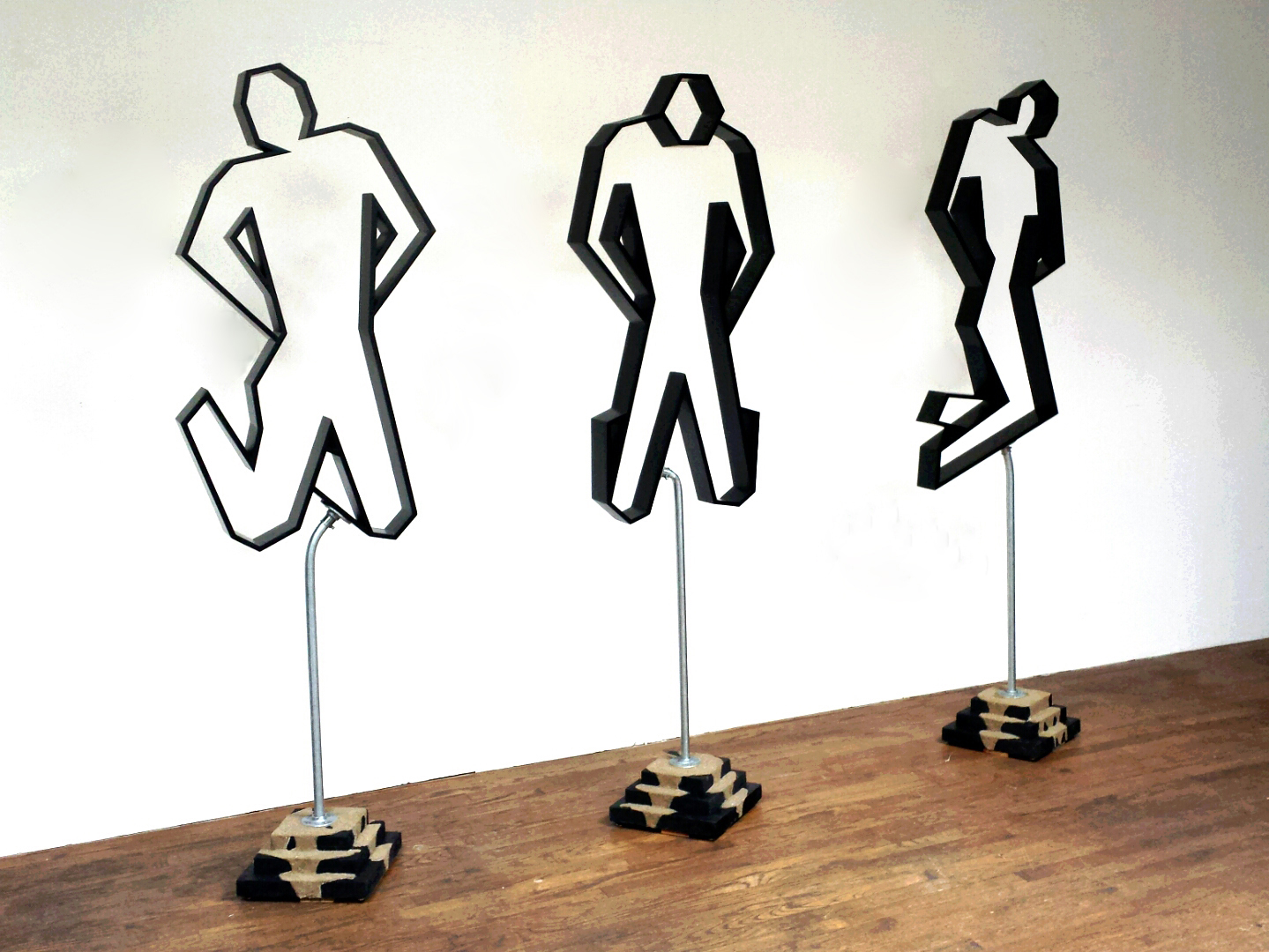 This Tribute Memorial was initiated by me for no specific client or location. Each of the figures is approximately 75″ tall and made of mitered hardwood and each is connected by conduit to a cast concrete base. The sculpture can be arranged in either a linear or semi-circular fashion twelve feet wide.

This project was created for the purpose of exhibiting it in Museums and public institutions in order to raise public awareness of the the plight of journalists working on the front lines of war zones.

I took the video images taken of the men at their executions and integrated them into a psychological portrait of the emotions they must have through from their point of capture to the knife on their throats. Although I did not collaborate with a designer on this project, my Pastor at Plymouth UCC in Milwaukee, Rev Andrew Warner, was instrumental in inspiring me with its worthwhile nature and offered to preview it during the Lenten season in the Chancel area of his Church. My Gallerist, Timothy Cobb, was also of great help by offering suggestions as to where the sculpture could be exhibited across the country. He has also offered an exhibition at his gallery in Milwaukee.

The title of the sculpture is "All The Grains of Sand Remember". It is to be exhibited at the Russell Rotunda of the US Senate Building sometime in March of 2015 in conjunction with a major exhibition of the same subject at the Newseum in Washington DC.