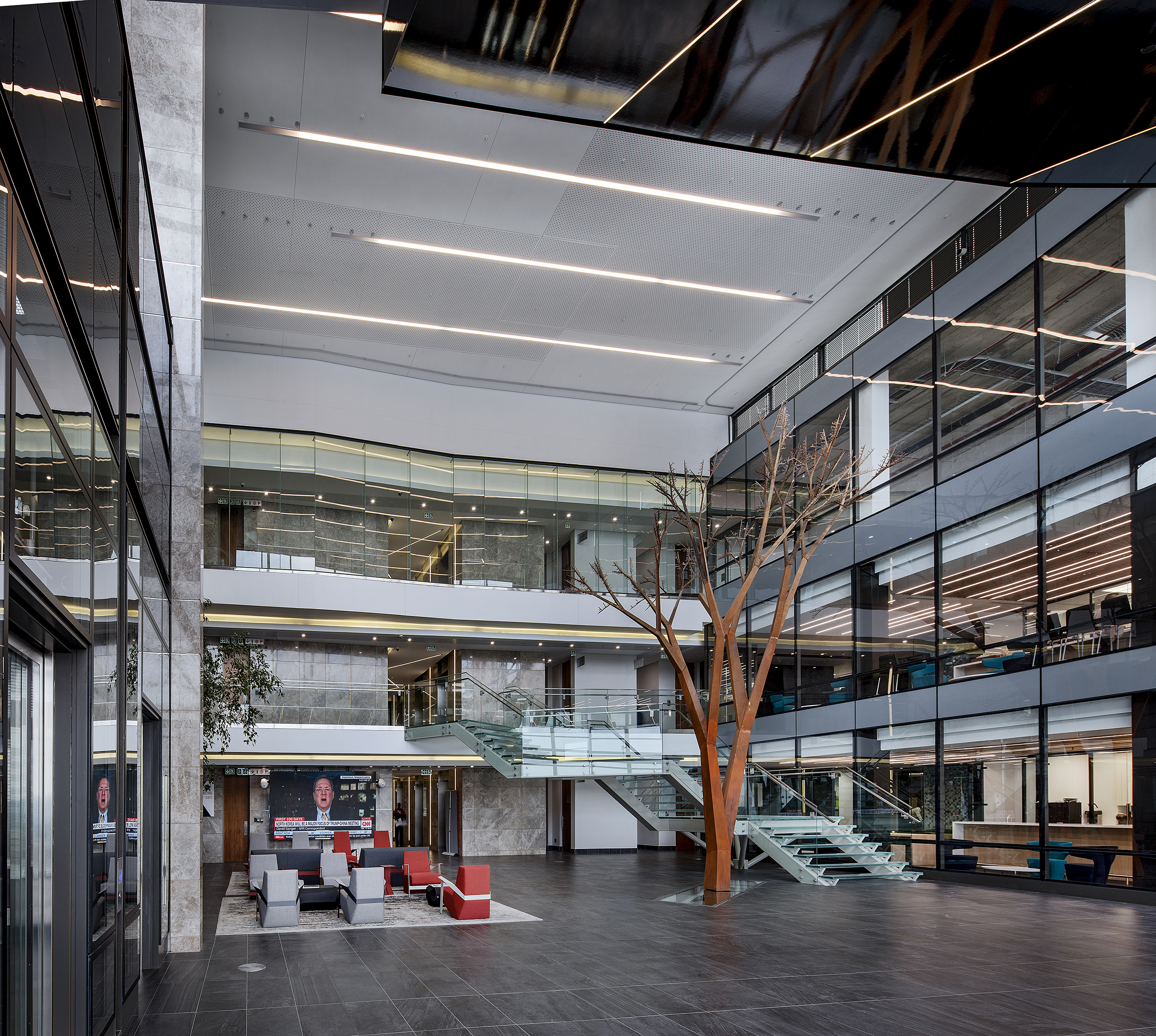 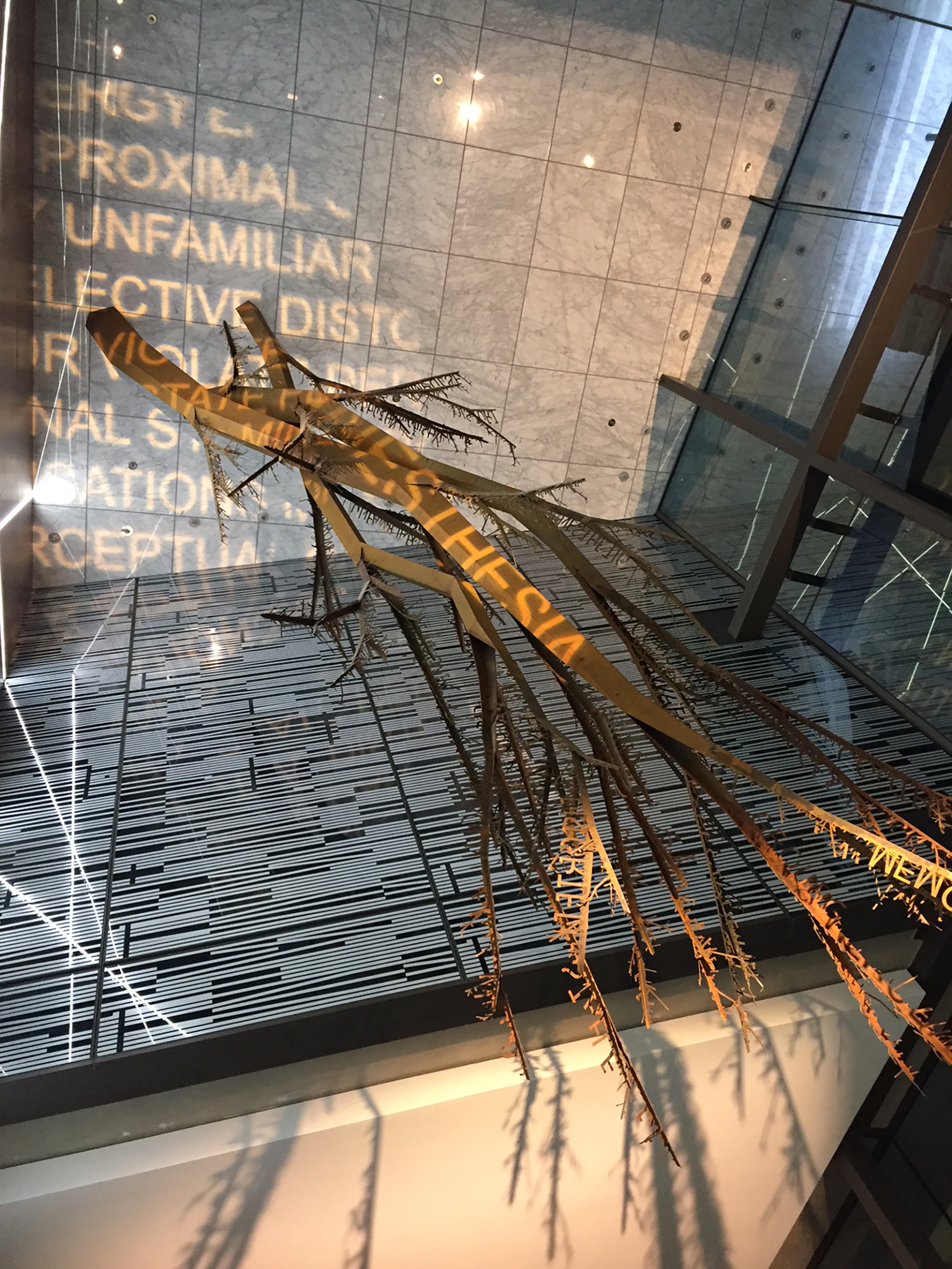 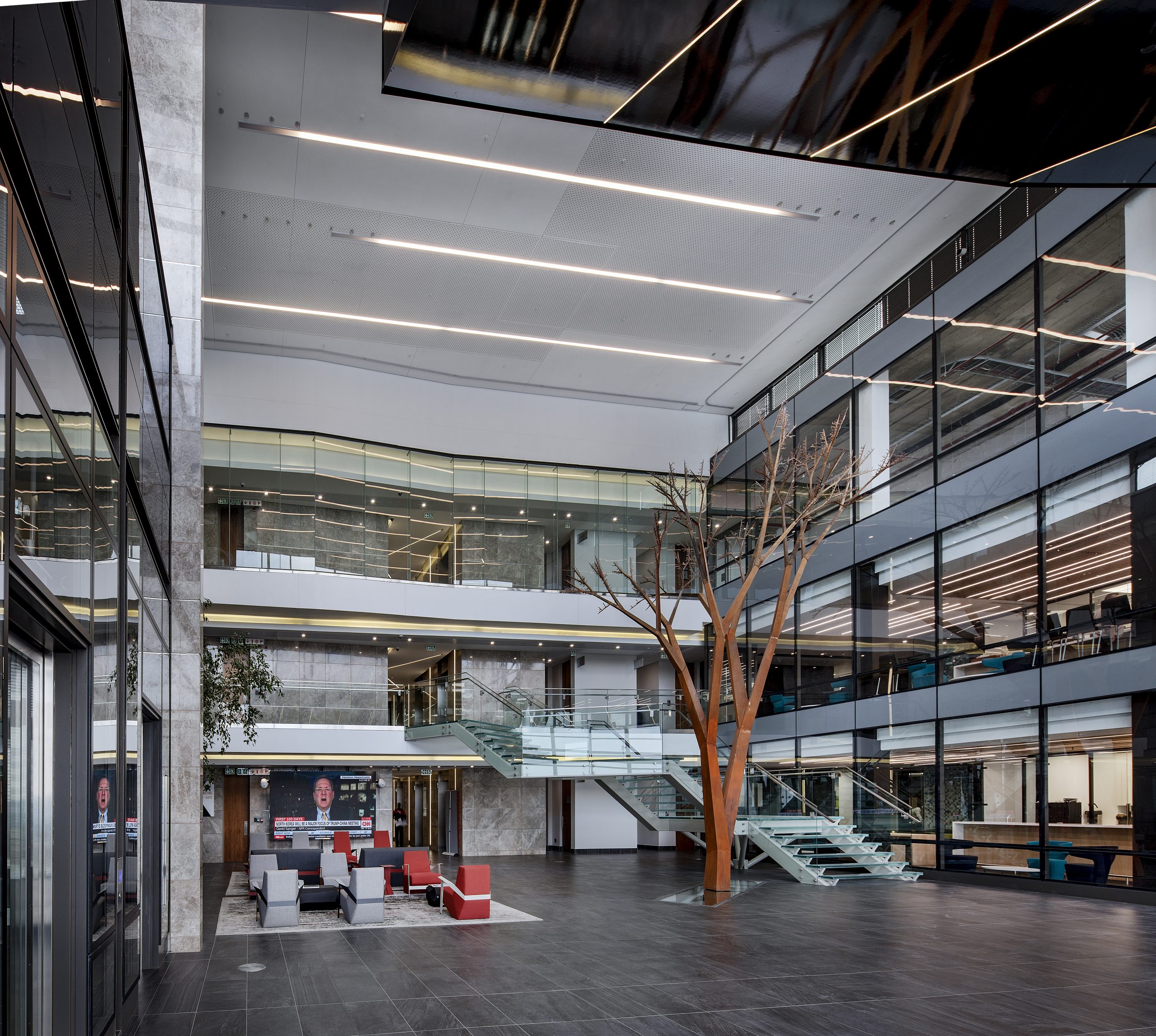 Project: Rosebank Towers
Artist: Marco Cianfanelli
Artwork: Transpiration I
Dimensions: Total height 31.5 meters
Material: Rusted lasercut mild steel
Completed October 2017
Bridging the expansive, vertical volumes of Rosebank Towers' three main atriums, the sculpture echoes the organizational structure of the building. Each atrium has an individual spatial characteristic, from ground to upper-most atrium, the building experiences shifts in vertical spatial composition ranging from suspension, to tension and finally to compression. Each sculptural component works in conversation with its environment, exaggerating the open space in relationship to the structures that define it.

Taking inspiration from the parallels between the complex organic structures of the tree and the neural network, Transpiration I explores the cognitive process, from sensory perception, through process and, finally, to expression. The title itself points to the process by which water is transported through the tree, from root, through the trunk and is ultimately transpired through the leaves. But, at the root of the word is the term: “transpire”, which alludes to the ways in which things come to be known.

Suspended in the main reception, hang the roots, functioning as receptors, their individual branches carry words related to sensory perception.

At the heart of the building, stretching up several levels, is the stem or trunk of Transpiration I. It is not a structural architectural element, but instead represents an independent presence expanding through the space. Emerging from the seams of the splitting outer husk, are lines of text that speak to the process of organizing random stimuli into streams of coherent information.

Piercing through the floor of the upper atrium is the canopy, its fronds and branches, defined by the lexicon of human emotion in various stages of becoming, divided into the four-branch model of human emotion.