“Towards a Fading Signal” - CODAworx 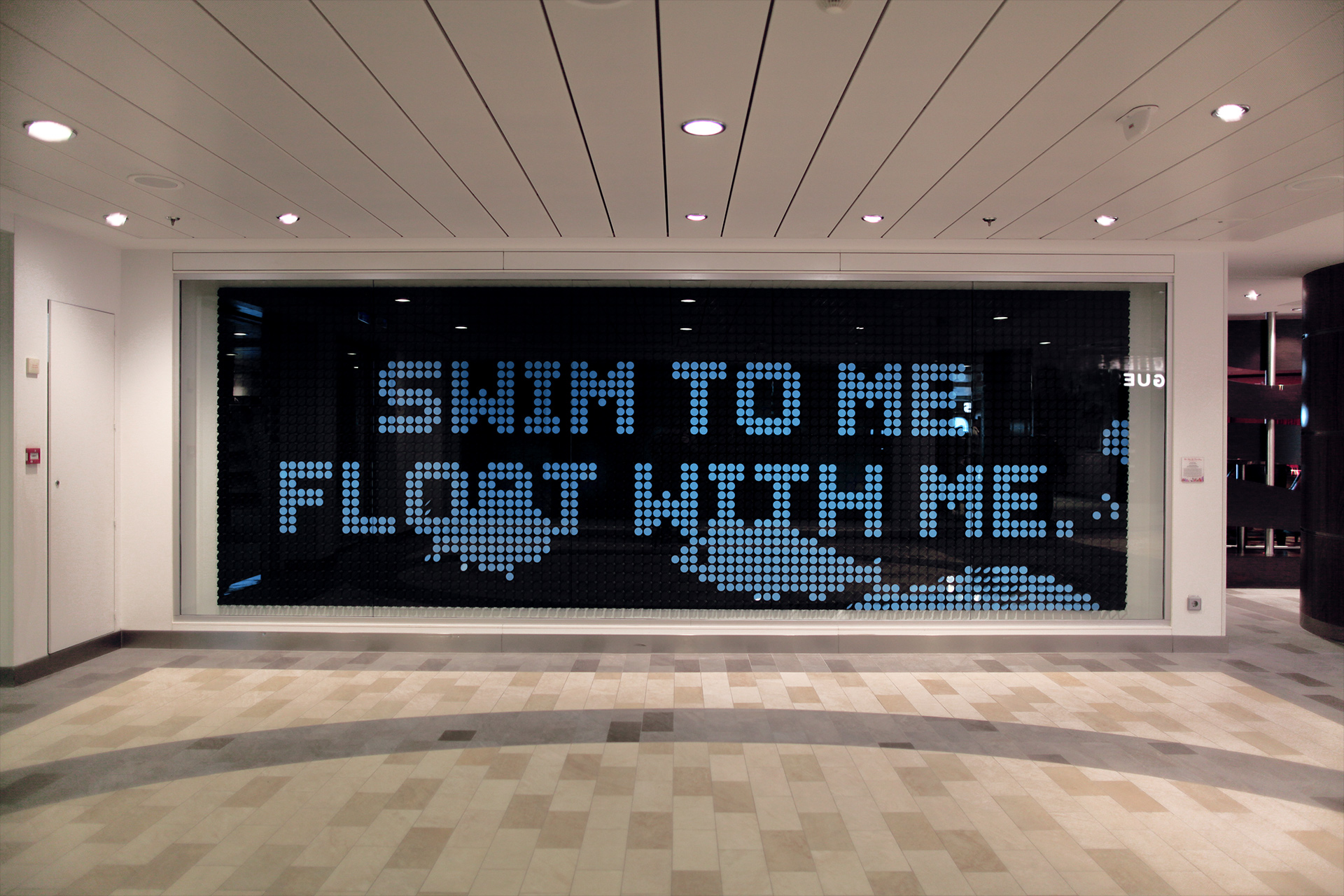 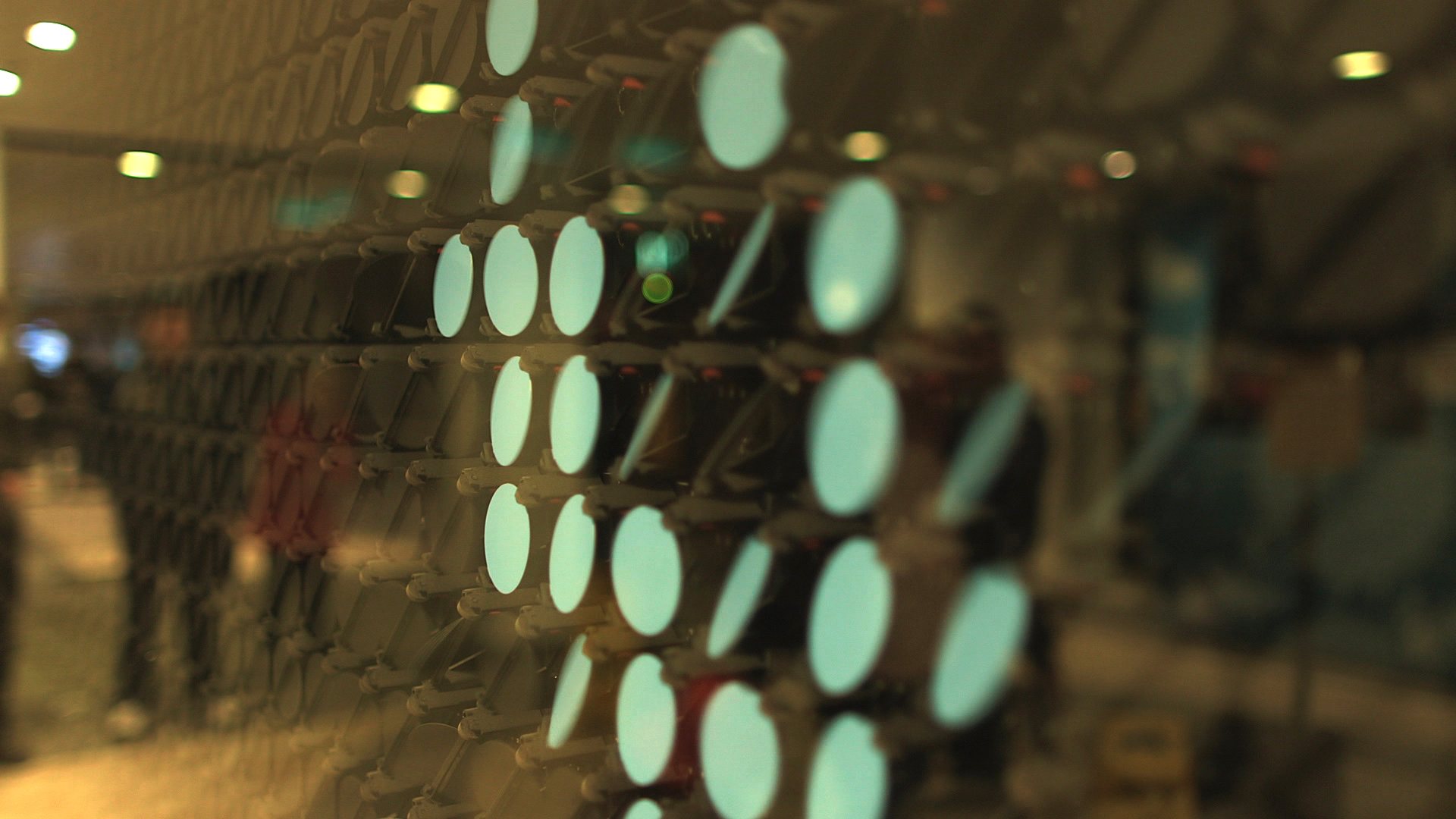 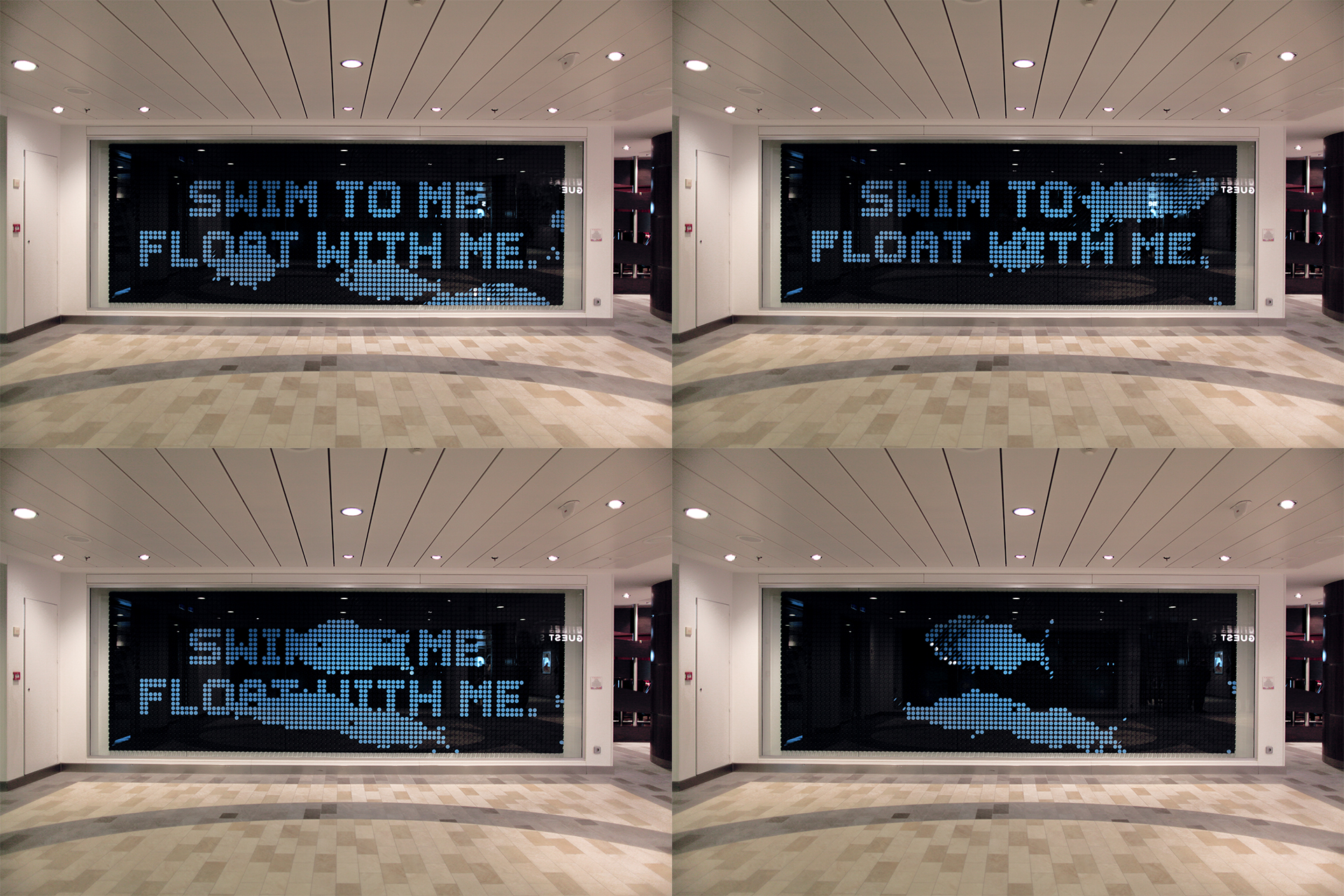 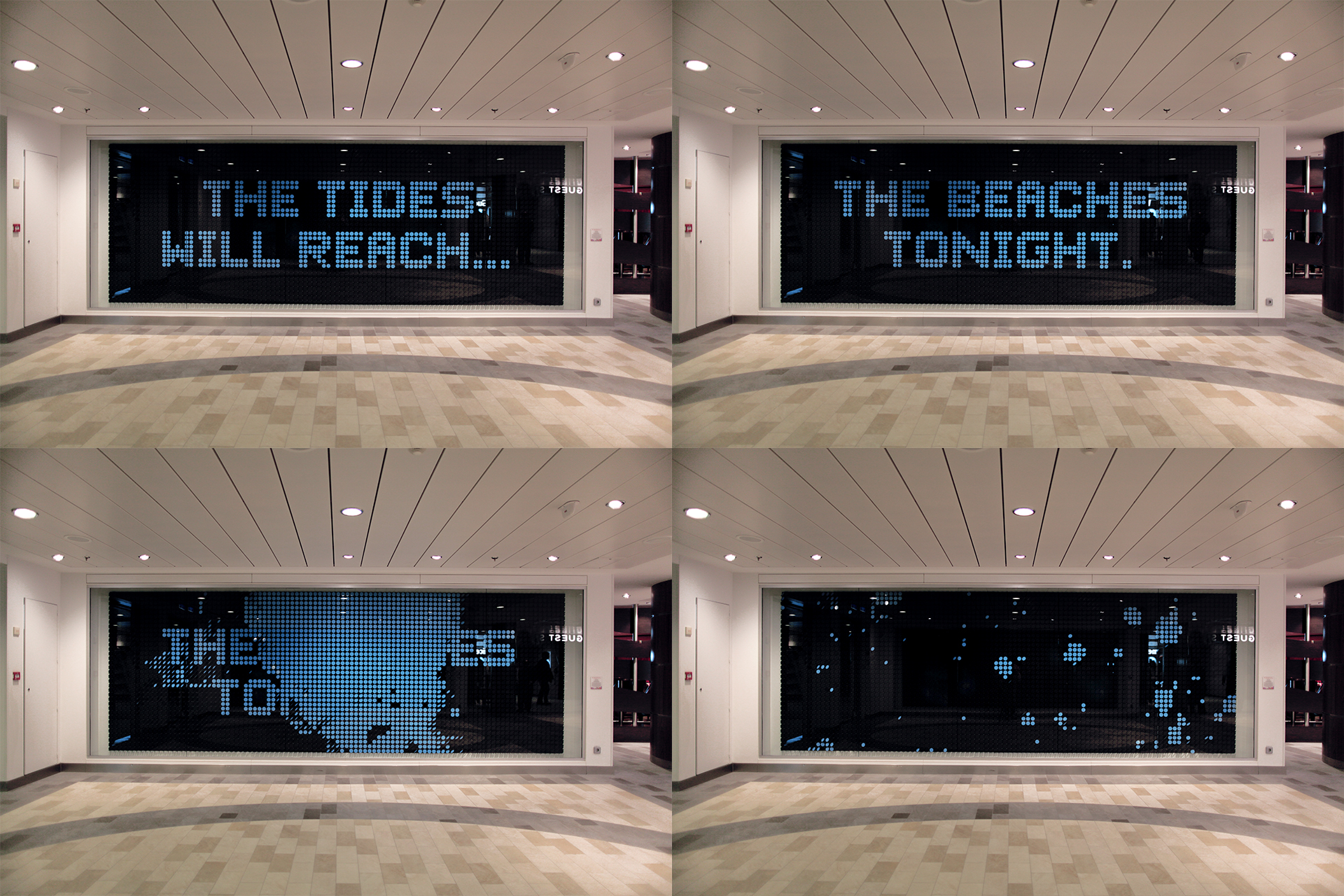 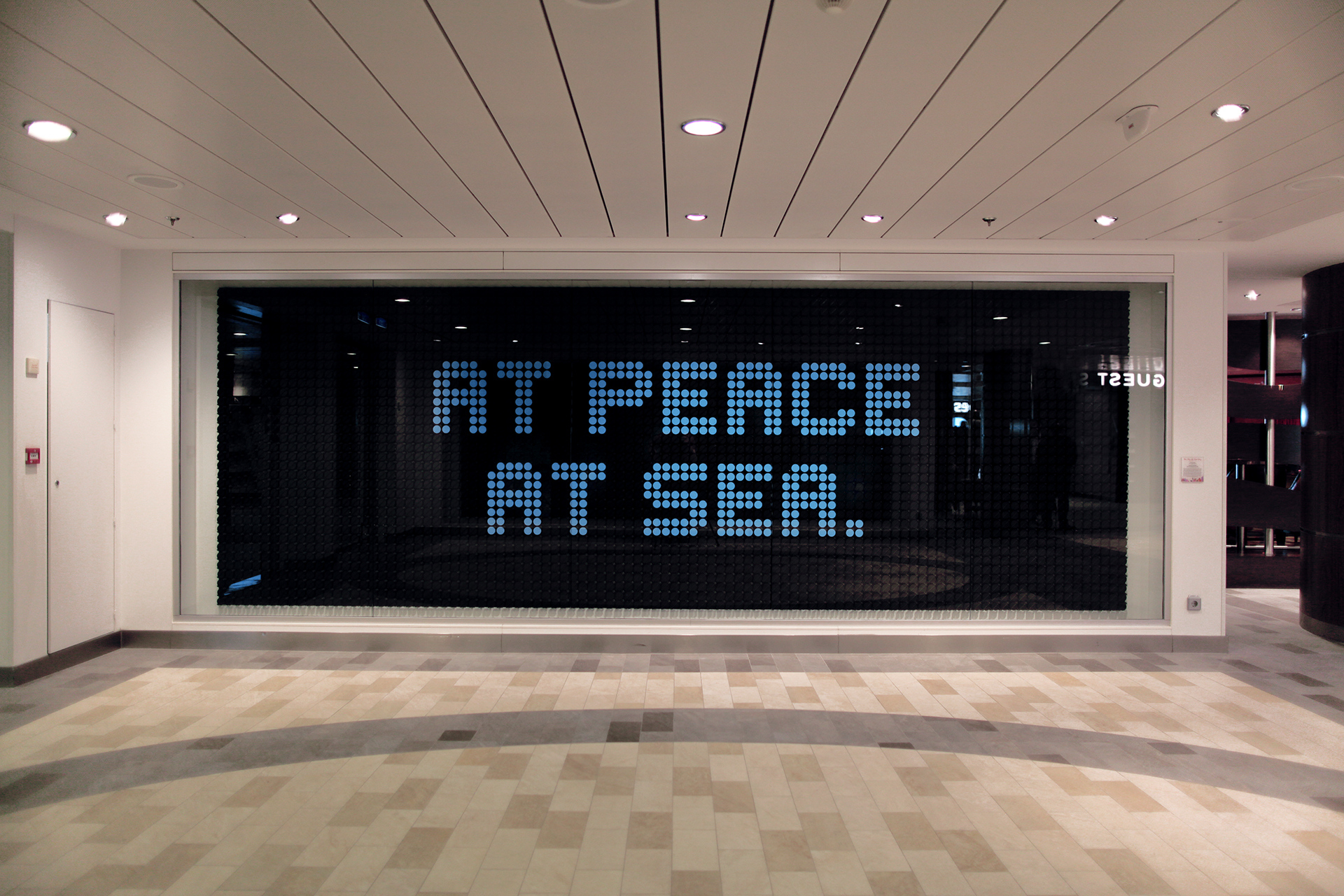 Location: Seattle. (This piece is of the Quantam of the Seas ship), WA, United States

Inspired by literature that romanticizes the sea, Depeña sought to create a dynamic installation that generated poetry-like phrases that pay homage to human nature’s tethered relationship to the ocean.

Using various internet keyword searches related to the sea, Depeña created a data pool of words to choose from, reassembling the words into 100’s of newly sampled lines of prose. He also did several scuba diving excursions, as well as, visits to aquatic institutions and science museums to capture the video segments used to transition between lines of text. Custom software was created to stitch the words together and dynamically layer the video clips into a random and ever-evolving display of thoughts and emotions about the mystery of the sea.

To translate the video signal, magnetic pulses are sent from the computer source, triggering each individual disc to flip “on” or “off”. When experienced sequentially, the kinetic mechanisms seamlessly display the video signal while mimicking the wind and water’s behavior with waves of sound and motion.

This project was commissioned by Royal Caribbean Cruise Line's for their art collection. It is currently on display on their ship, Quantam. The piece was designed to integrate itself with the ship's construction. We were commissioned early on by RCCL, assigned the site, visited the shipyard in germany while the shipw as under construction, so that the piece totally integrated with the ship's design.