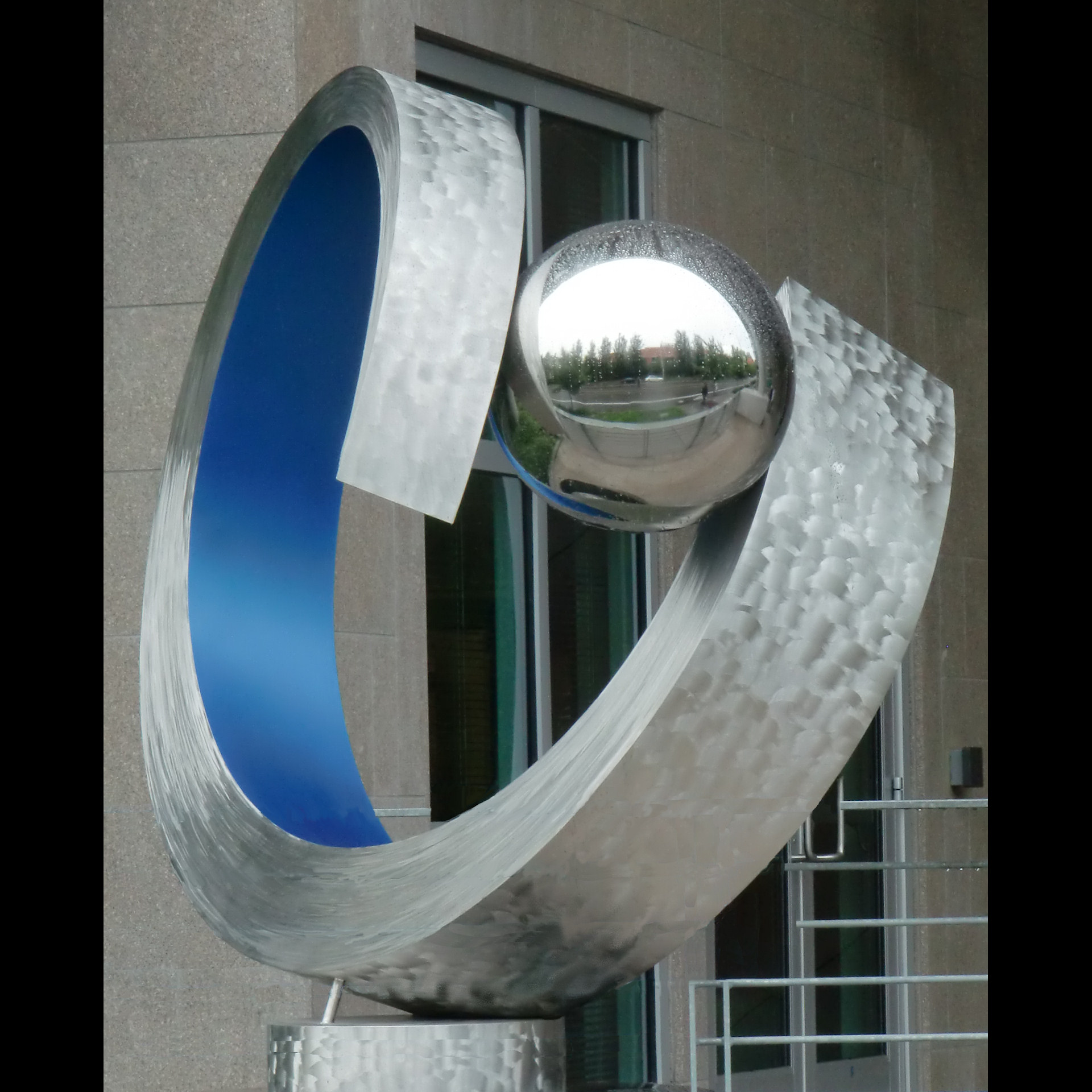 This was a commission for the FHCRC's new Infectious Disease / HIV/AIDS building. They wanted a significant piece that would draw attention to the entrance as well as reflect the research which is being done within. There were spacial limitations in order to keep all the lines of egress clear, but also to create a significant sculpture which wouldn't be lost in the scale of the large building. The Blue element was added as a way to give the piece more prominence without it getting in the way physically.

Integration into the building's overall design was not as critical on this project, but they did want a sculpture that would convey a sense of serenity and peace. Since I'm an abstract artist, much of the meaning of my piece is contained within the title, "Touching the Intangible". The overall design of this sculpture is an overlapping circle with a bridge (the sphere) suspended between. The sphere represents the gap between what is knowing (the disease) and that which is yet to be discovered. The purpose of the researchers is to find those unknown things, to touch the untouchable.

For this project, I was contacted directly by the president of The Hutch, Dr. Larry Corey. I worked directly with him, as well as his executive assistant and the lead for facility management. In our initial meetings, we discussed location, design goals, and the restrictions on the selected are for the piece. I presented a stainless steel model of my proposed design as well as the concept behind it. Dr. Corey suggested the addition of color, and we found a already existing piece of art inside the lobby; he loved the shade of blue and I adapted that to the final color (the 3-part polyurethane paint I use has much more depth of color than the oil paint of the lobby art.

They liked my full body of work so well that they also purchased a large existing sculpture from my studio. Also: I didn't disclose the price publicly here because of our privacy agreement, but I can disclose it with anyone interested in working with me.