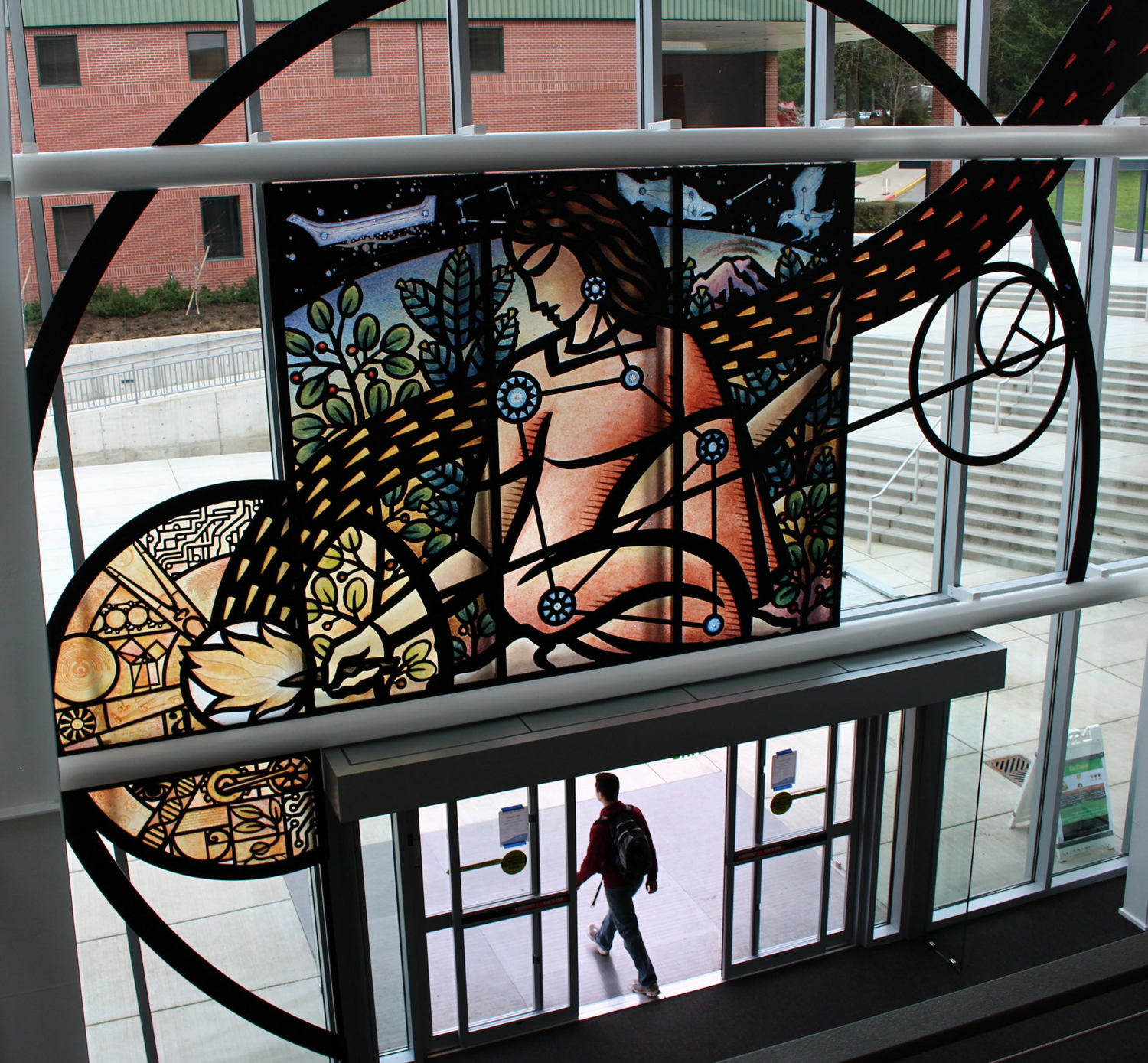 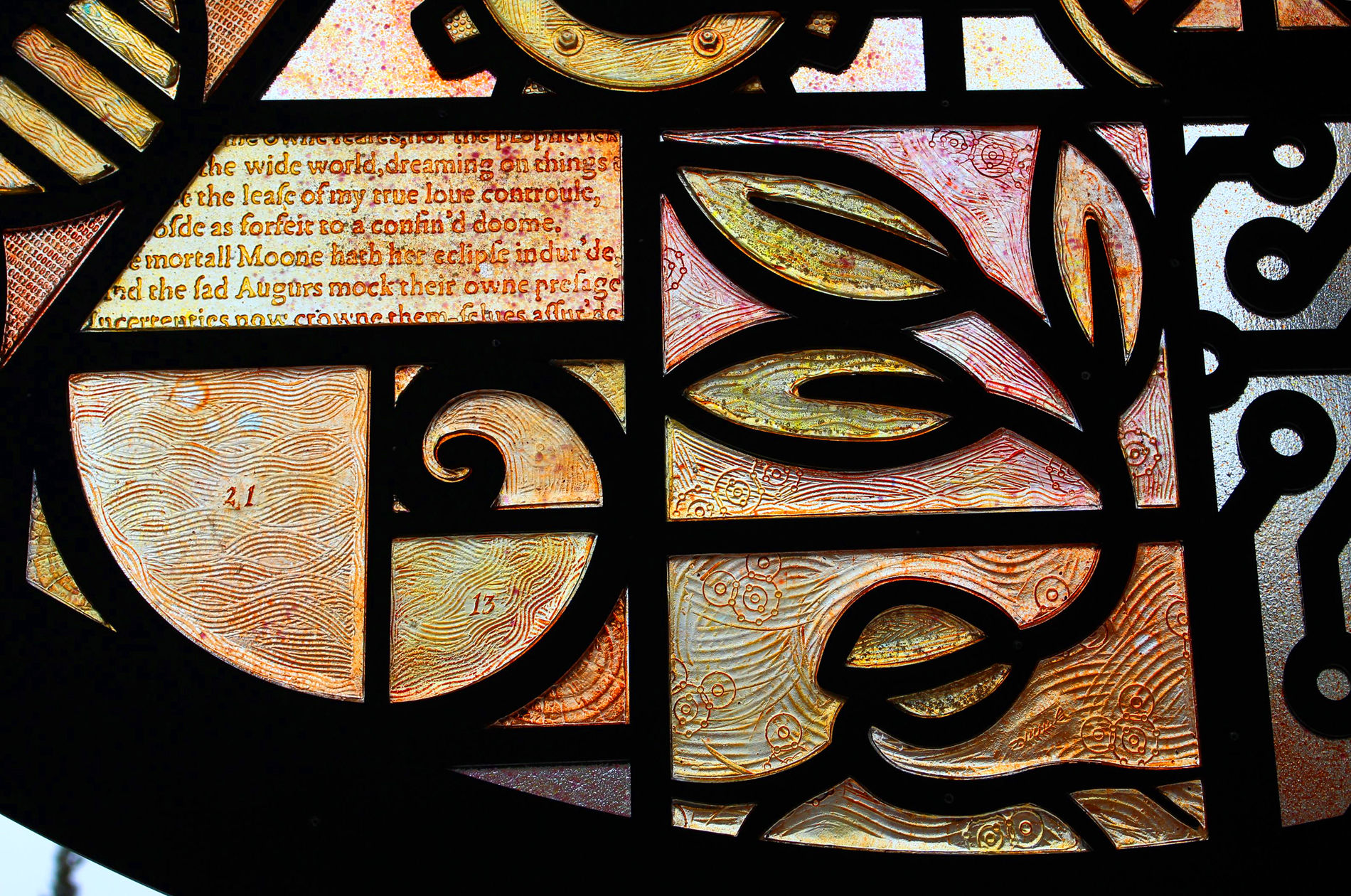 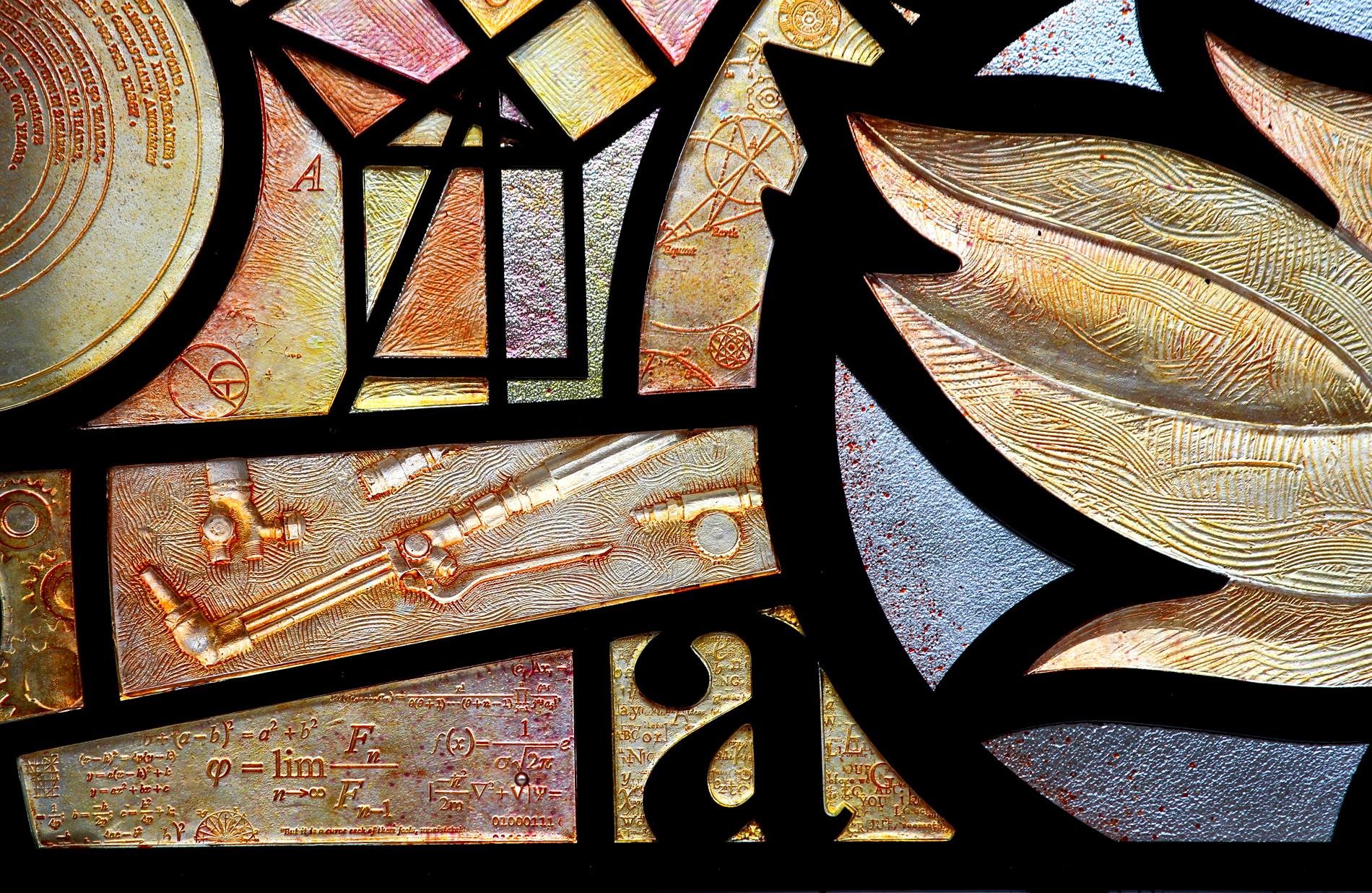 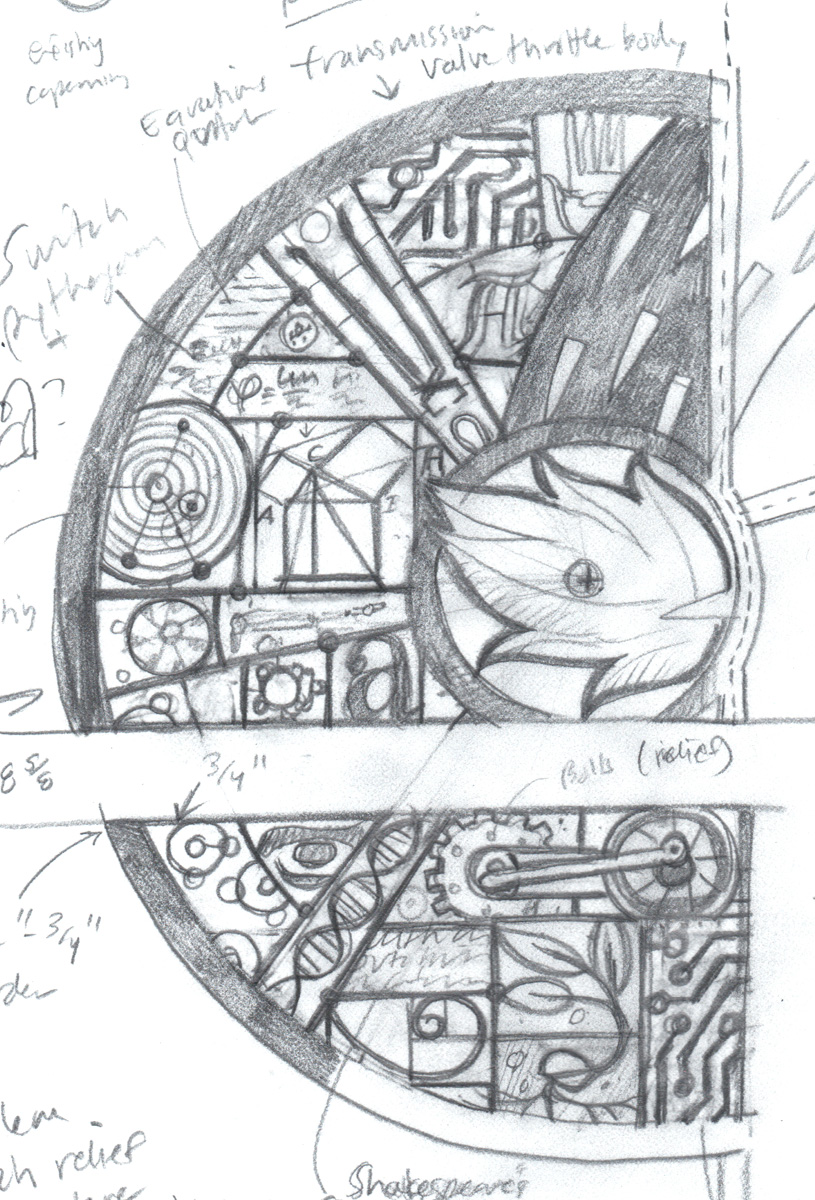 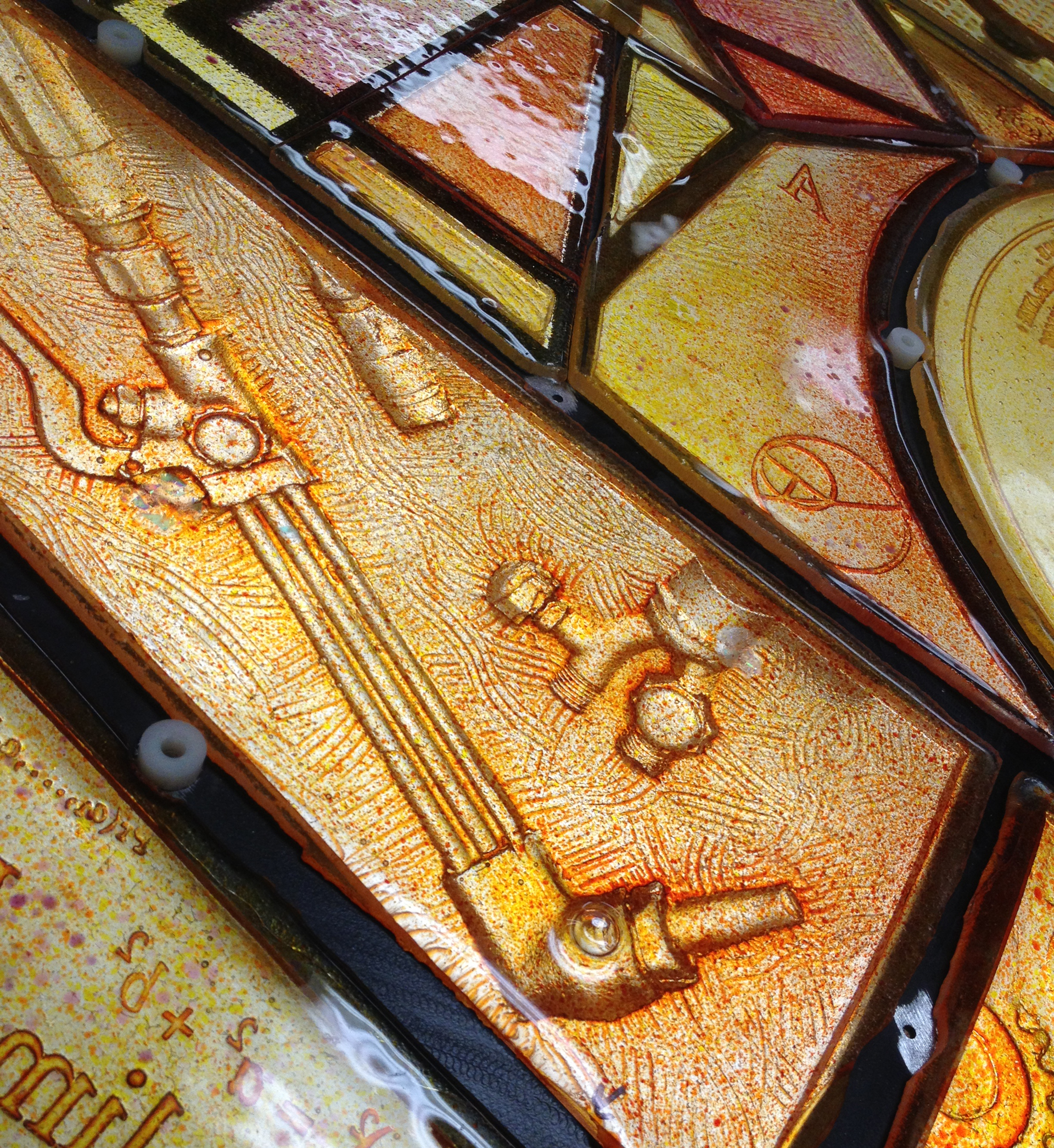 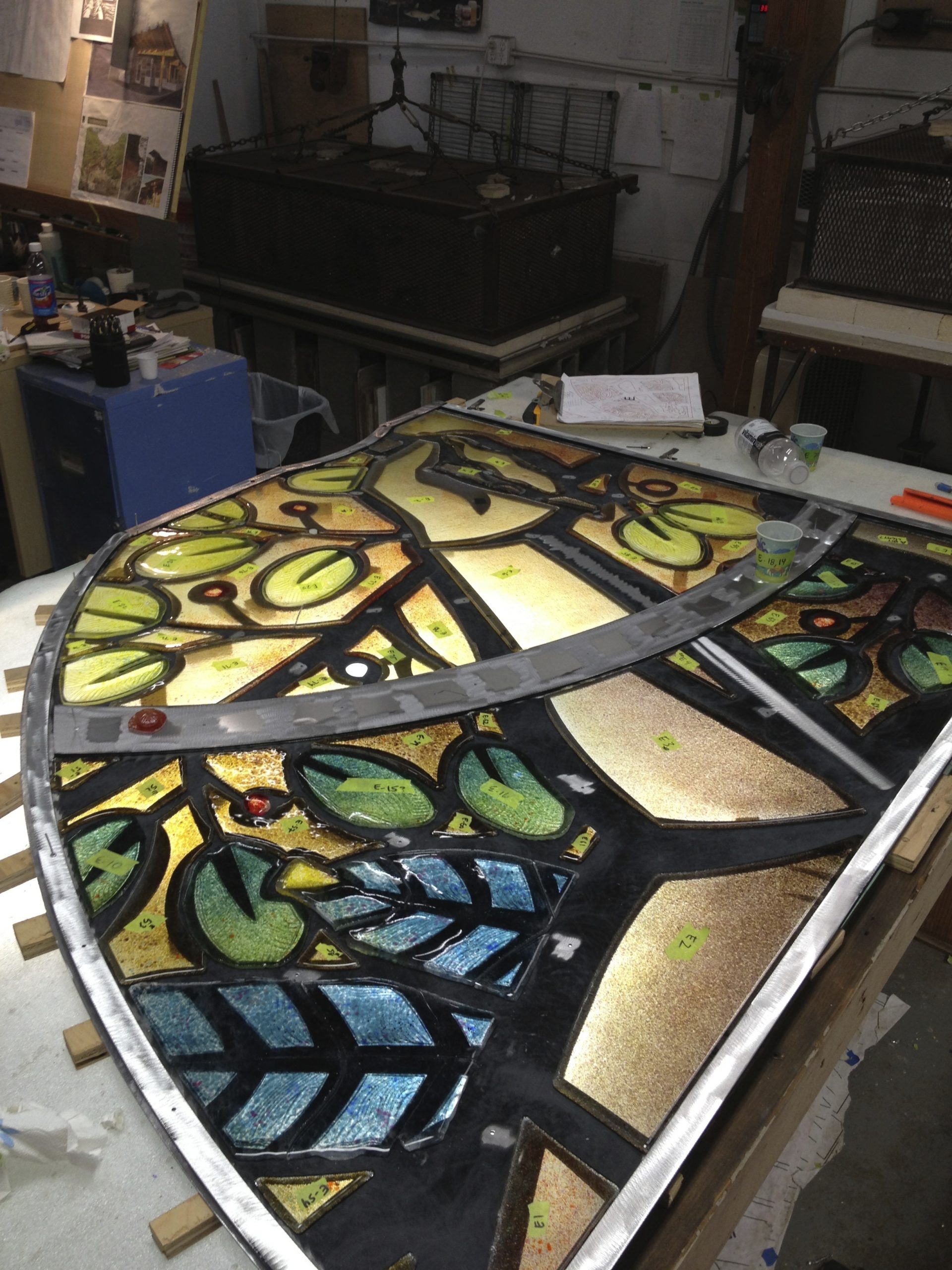 This cast glass mural features a Pacific Northwest version of the Prometheus fire theft myth. As the figure/constellation brings fire down from the mountain to the people, the flame creates a circle of light that is filled with imagery of learning and exploration.

The goal of this project was to create a signature artwork for South Puget Sound Community College that would inspire students and staff and relate to the college as a regional center for learning.

In Greek mythology Prometheus was the hero who defies the gods to give fire to humanity, which enables progress and civilization. In this regional version, the hero brings her torch down from Mt. Rainier to give fire (and knowledge) to everyone. Above her in the sky are constellations of the Puget Sound region and the hero herself is also made up of a group of connected stars. The flame of her torch creates a circle of light, which is filled with cast glass images of learning and exploration. Many of these images relate specifically to the academic traditions of South Puget Sound Community College and others represent the universal quest for knowledge and understanding, such as the geometry of the Tusi Couple (a geometrical discovery made by the 13th-century Persian astronomer and mathematician Nasir al-Din al-Tusi), which encircles the mural.