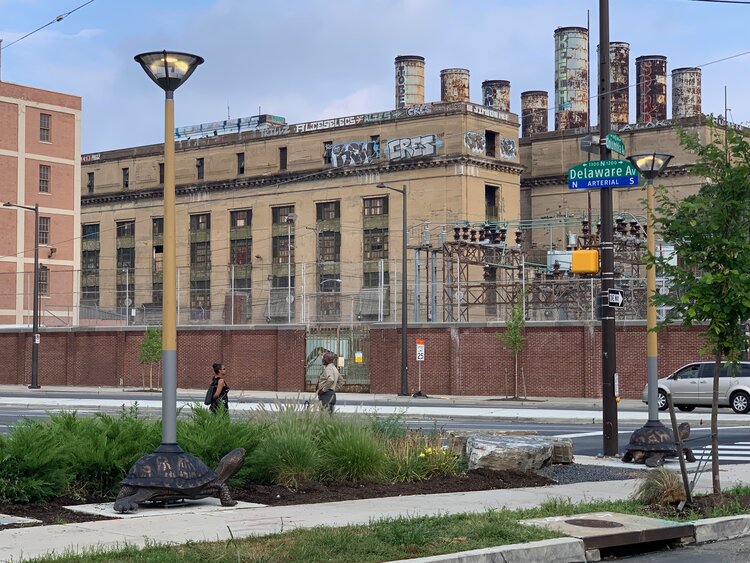 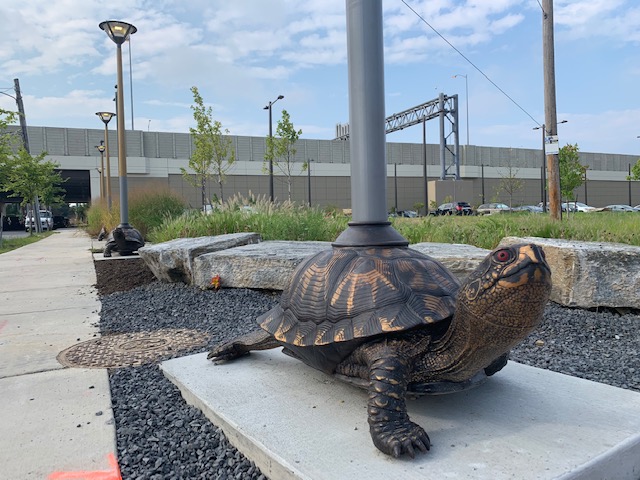 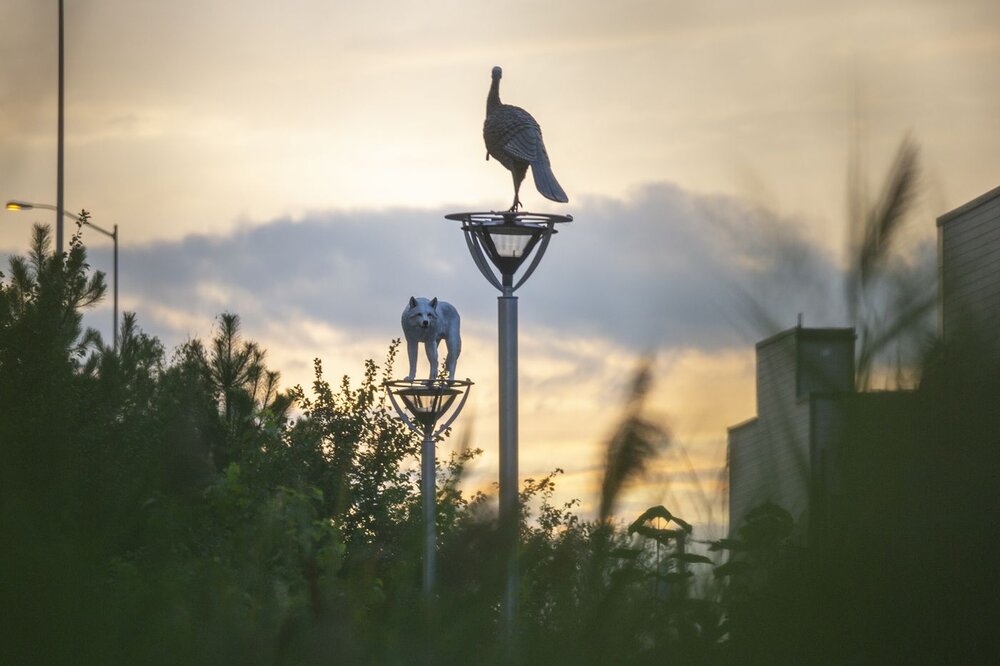 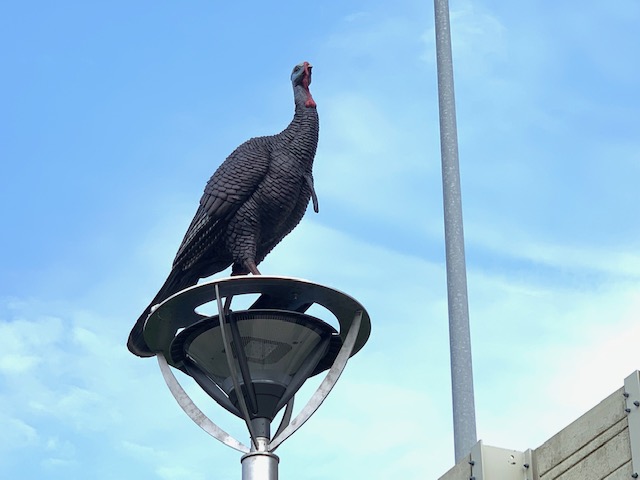 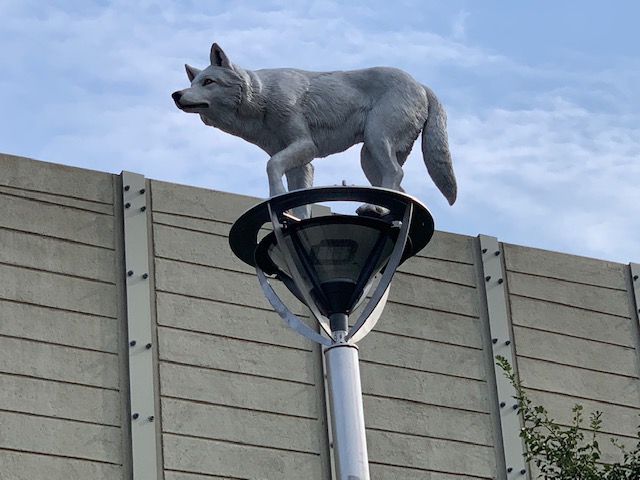 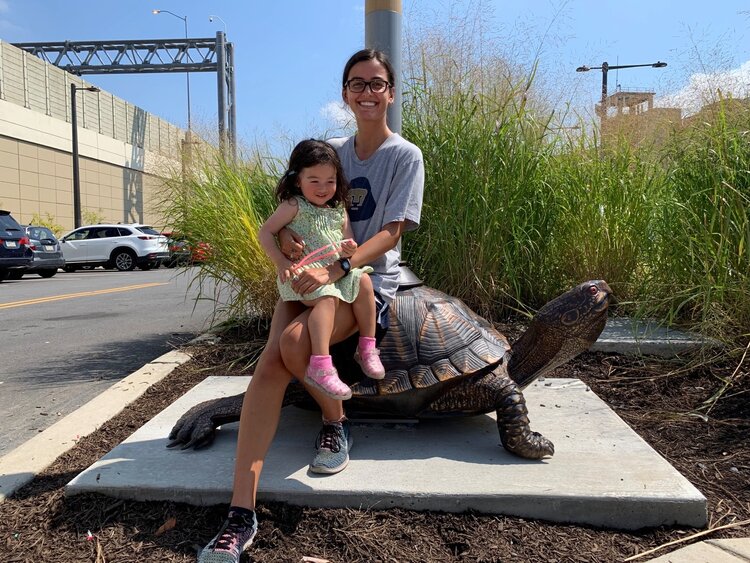 For the Columbia Avenue entrance to Penn Treaty Park in Philadelphia Donald Lipski designed a work of public art that pays homage to the three clans of the Lenni Lenape Tribe and Chief Tamanend, with whom William Penn signed the landmark treaty of friendship. The animals featured in this installation (wolf, turkey and turtles) are the animal symbols of the three Lenni Lenape clans. The series of five bronze turtles with light posts on their backs lead the way to the park’s entrance paying tribute to the Turtle Clan who lived in the area and Chief Tamanend who himself was a member. The fiberglass wolf and turkey are seen perched atop light posts installed on the west side of the underpass, one on the north side and one on the south. The light posts light up at night, serving as a gateway to the park. Lipski’s design to him suggests the meeting of the Old World and the New World, but his hope is that those who interact with the work will find their own meaning as well.

This project is part of a decade-long plan by the Delaware River Waterfront Corp. to beautify dozens of streets that serve as gateways between Philadelphia’s neighborhoods and its waterfront. Lipski's design incorporates three animals that represent the three clans of the Lenni Lenape who, according to tradition, forged a friendship with William Penn in 1682 under an elm tree in what is now Penn Treaty Park. This public art project successfully creates a sense of place while speaking to the historic significance of its location.

The animals were created by the amazing Philadelphia sculptors and brothers John and Christopher Collins under Lipski’s direction. The original turtle sculpture was then translated into bronze by Tim Joseph of the Fort Collins Sculpture Center. Additional collaborative partners include: Yetiweurks and KL&A.