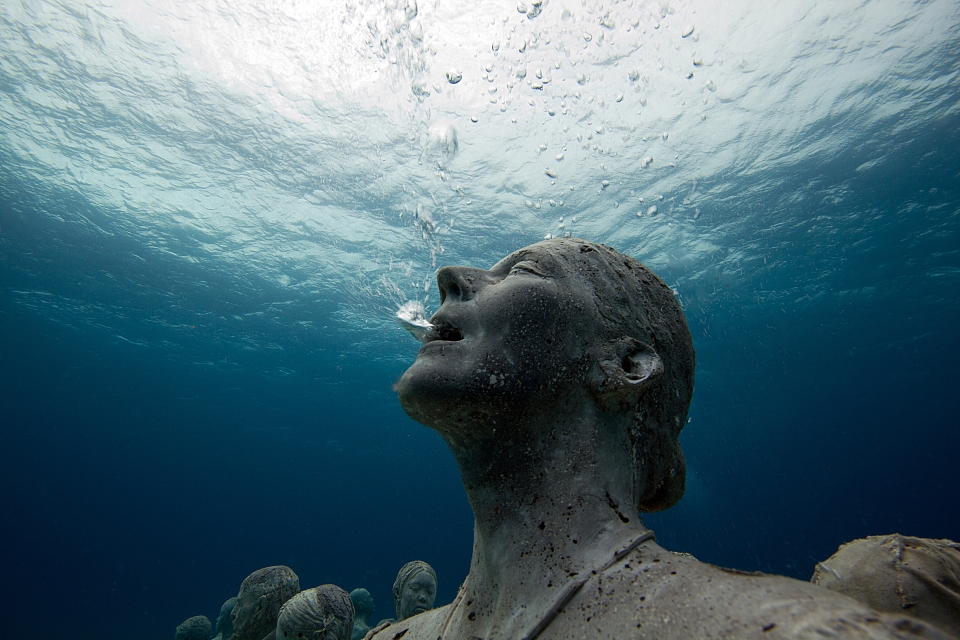 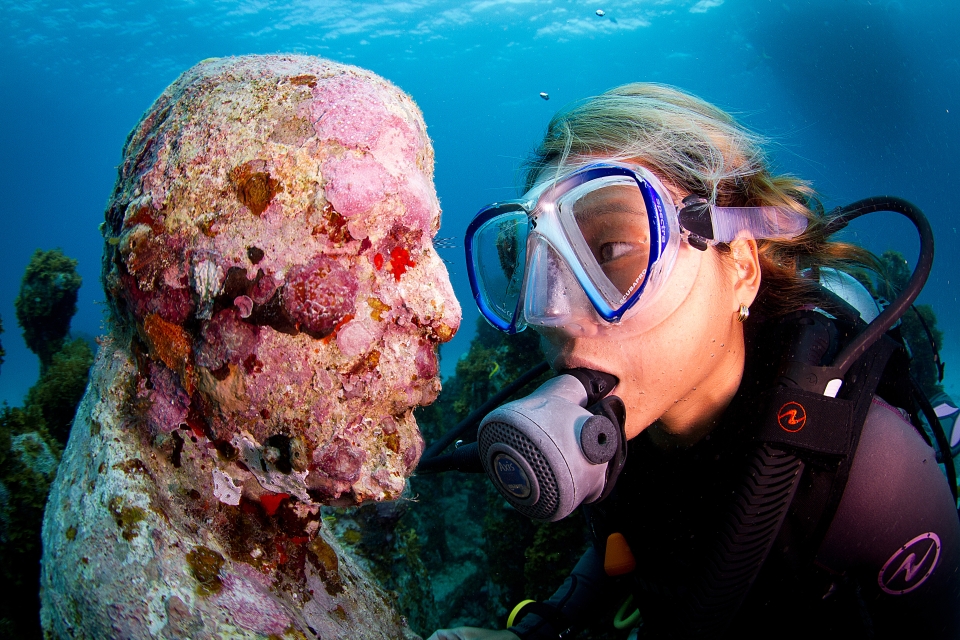 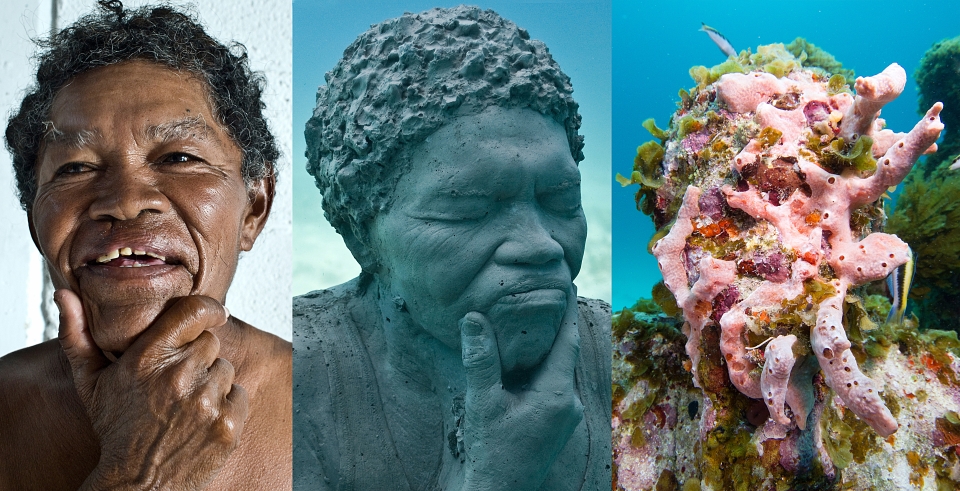 In 2009 a monumental underwater museum called MUSA (Museo Subacuático de Arte) was formed in the waters surrounding Cancun, Isla Mujeres and Punta Nizuc. The project founded by Jaime Gonzalez Cano of The National Marine Park, Roberto Diaz of The Cancun Nautical Association and Jason deCaires Taylor consists of over 500 permanent life-size sculptures and is one of the largest and most ambitious underwater artificial art attractions in the world.

The Museum aiming to demonstrate the interaction between art and environmental science forms a complex reef structure for marine life to colonise, inhabit and increase biomass on a grand scale. Each of the sculptures is made from specialized materials used to promote coral life, with the total installations occupying an area of over 420sq metres of barren seabed and weighing over 200 tons. The Cancun Marine Park is one of the most visited stretches of water in the world with over 750,000 visitors each year, placing immense pressure on its resources. The location of the sculptures promotes the recovery of the natural reefs at it relieves pressure on them by drawing visitors away.