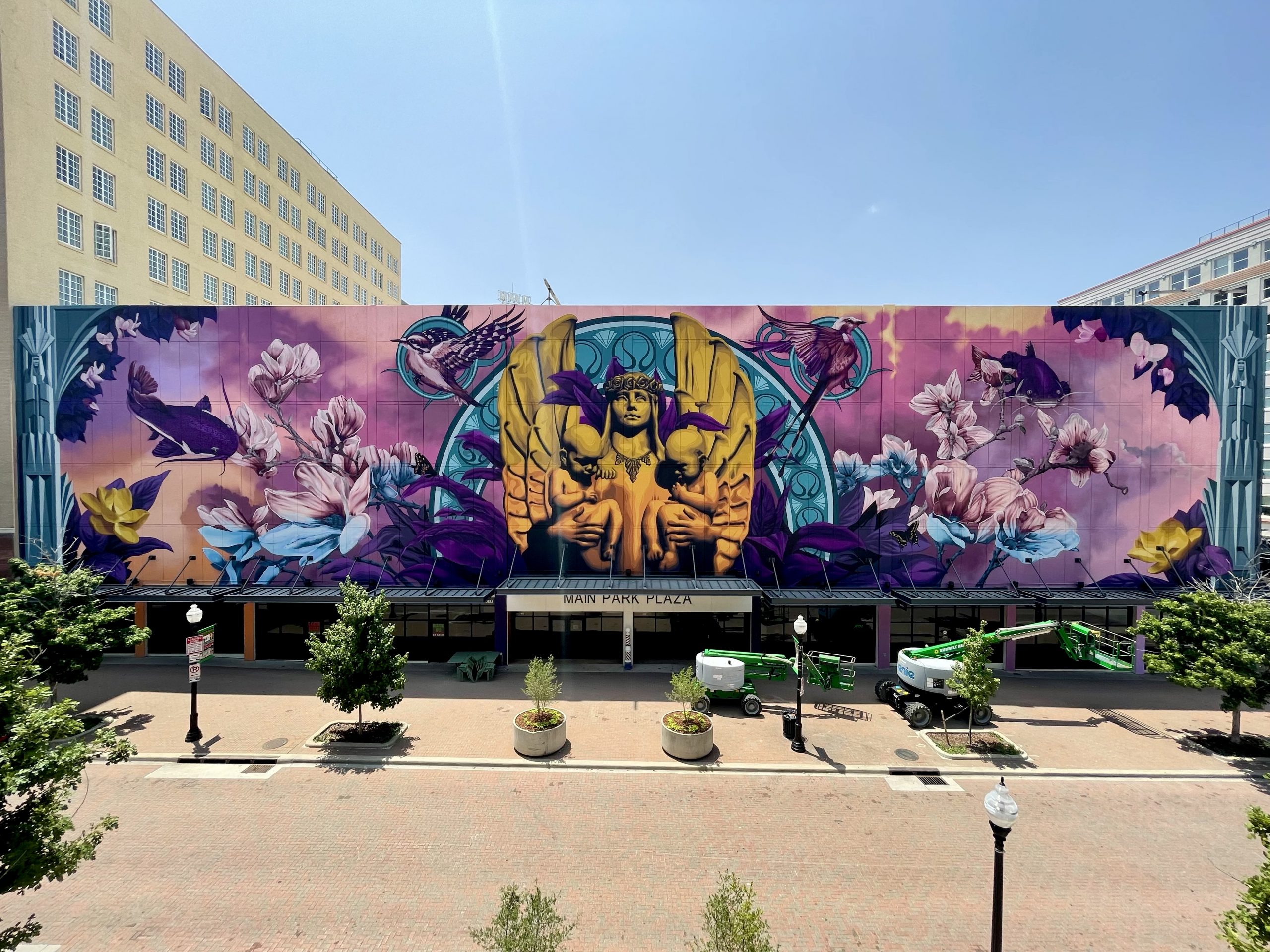 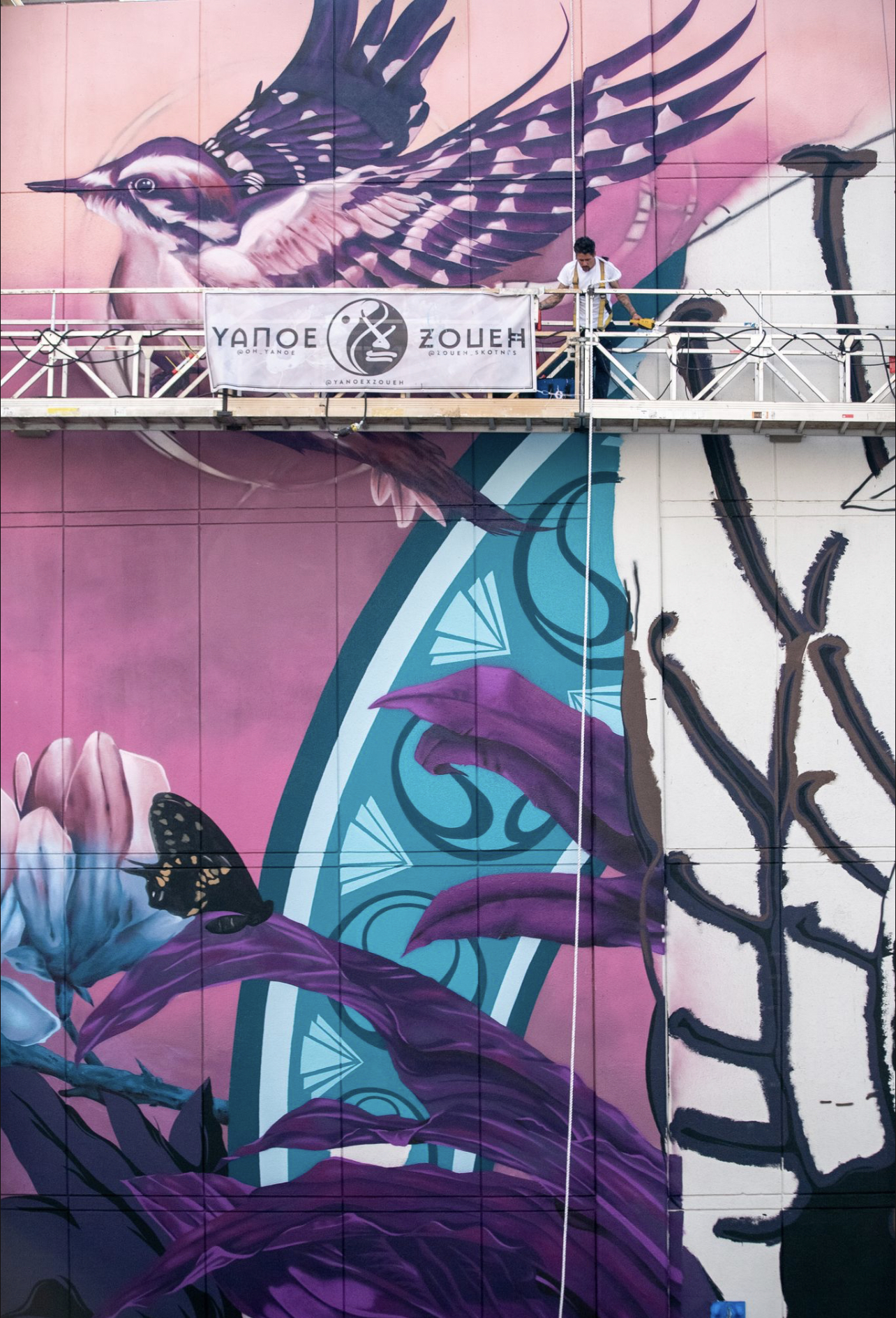 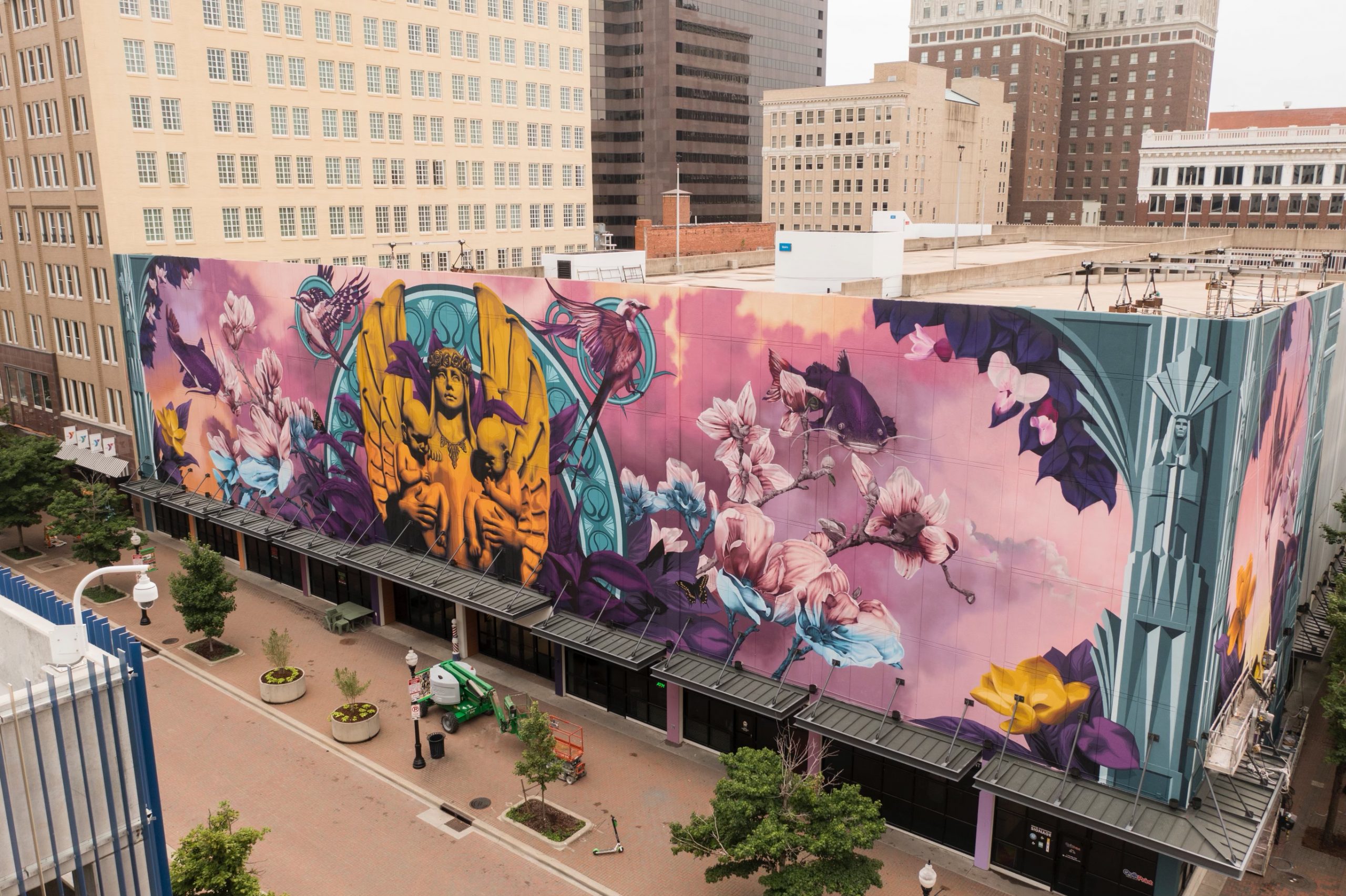 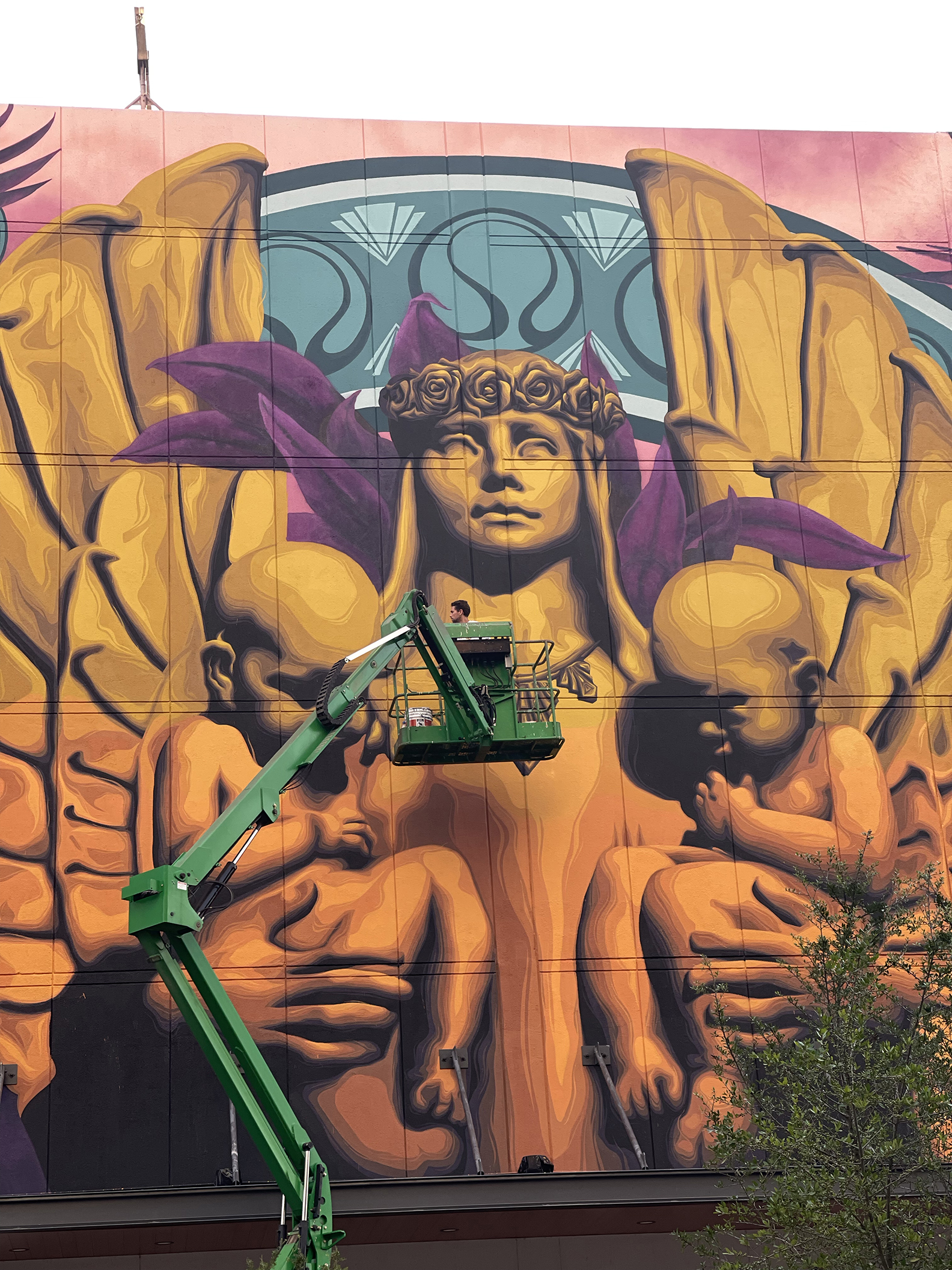 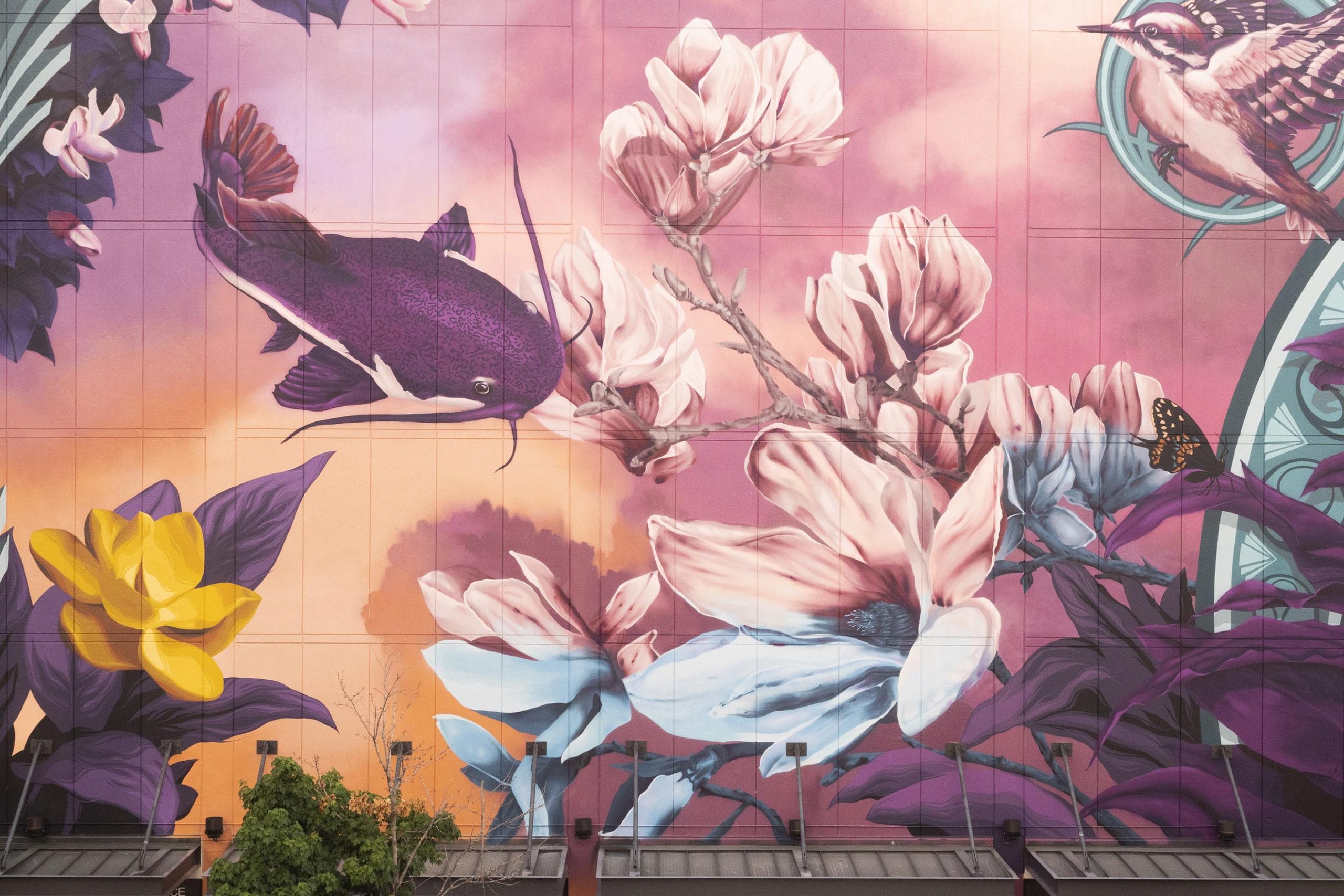 The Majestic is the world’s largest augmented reality mural by Ryan “Yanoe” Sarfati and Eric “Zoueh” Skotnes. This latest collaborative project between the two artists includes art deco signs and symbols, with an angel at the center representing guidance, protection and love. The two children the angel holds personify the youth of Tulsa and the foliage and fauna set within the art illustrate the literal and metaphorical growth of the city. The art includes plants and animals native to Oklahoma, including the scissortail flycatcher, flathead catfish, paddlefish, eastern redbud flowers, swallowtail butterflies, roses and magnolia trees. The sculptural design element framing the mural is inspired by Tulsa’s rich art deco history and serves as a window actively inviting viewers into the ethereal world.

The goal for this project is the revitalization of a key area of Downtown and redefine the role public art plays in economic recovery, as well as the power of investing in our public assets.

The installation spans approximately 15,000 sq. ft. on the east and north side of the building. Pushing the boundaries of what's possible with Augmented Reality in a public space, Sarfati and Skotnes worked closely with Motion Artist Ben Fearnley and tech company Art House to create a fully immersive 360 degree AR experience.