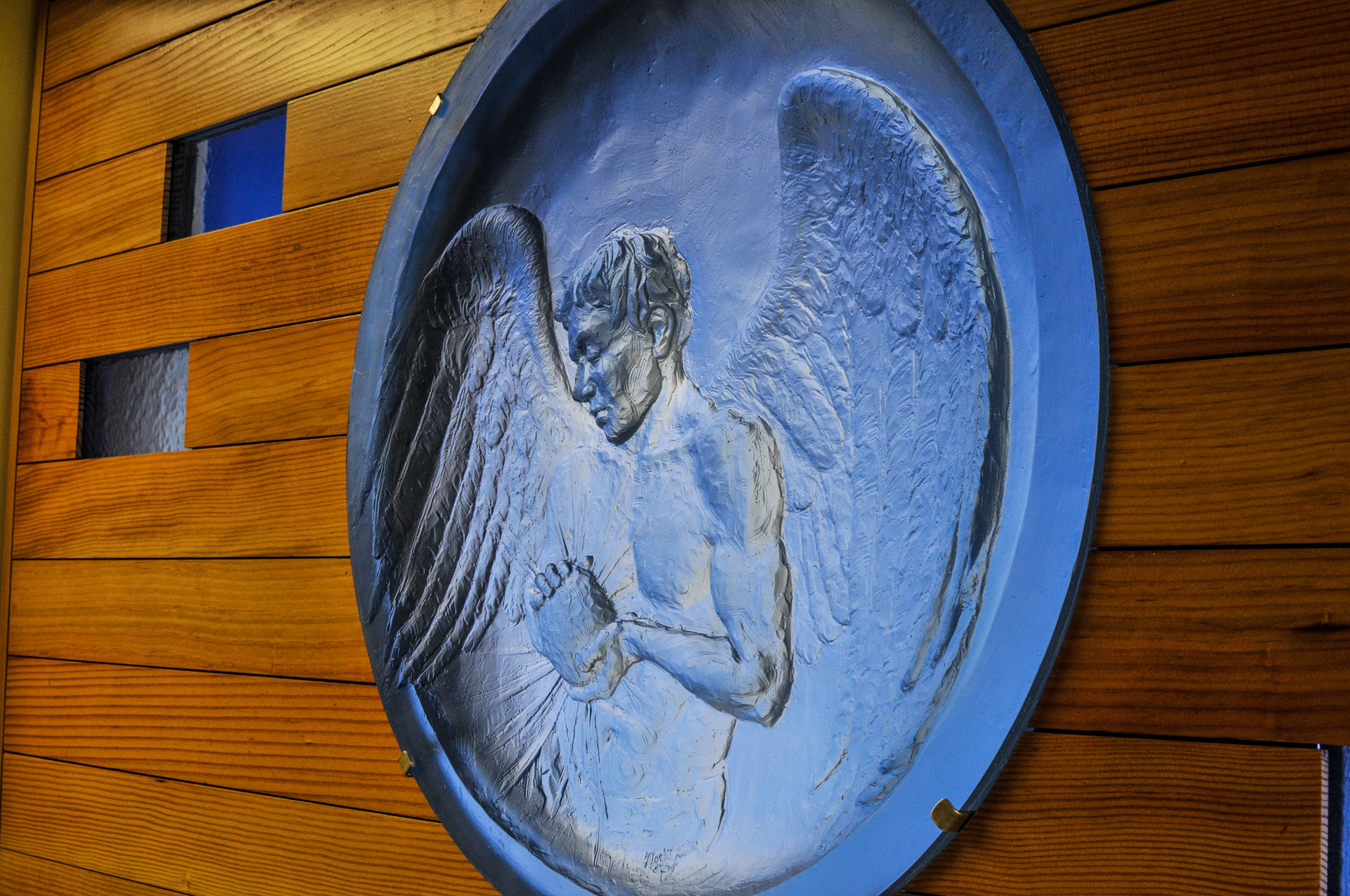 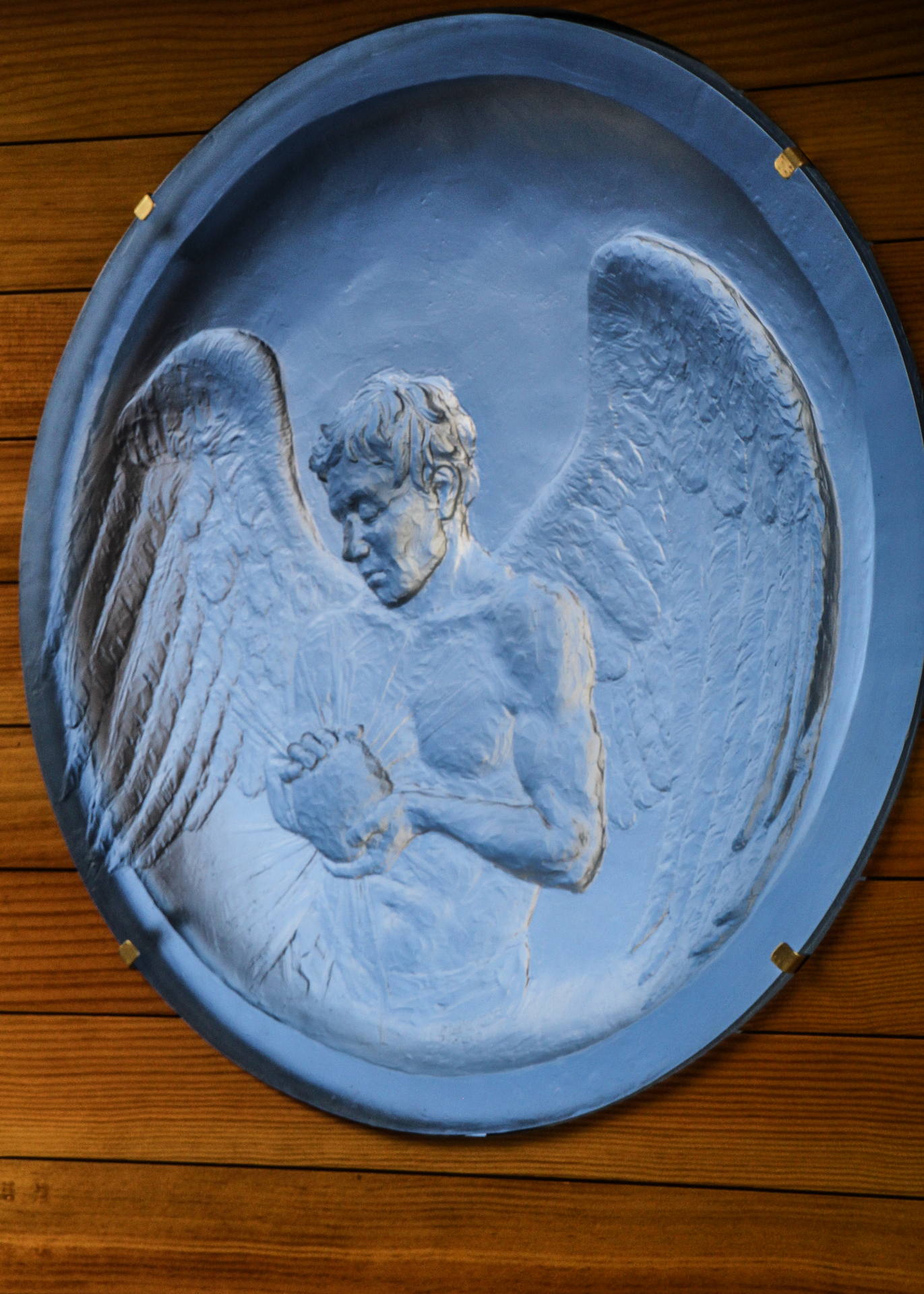 "The Guardian," is a twenty-four inch diameter medallion sculpted and cast in solid blue leaded crystal. The three inch thick bas-relief is backlit and set into a banded douglas fir panel patterned with glowing widows of various blue hues.

The Virtual Heart Monitoring Clinic run by CHI Franciscan Health desperately needed a work of art that would inspire the team day to day and be a focal point within their building. The largely utilitarian building suffers from long, windowless hallways and a lack of adequate signage or landmarks. The client is in the business of monitoring and saving lives, which afforded us the opportunity to use allegory (Raphael the Archangel) to honor the meaningful work they perform in the context of their clinic. Exemplifying strength, caretaking, and mystery, the glowing blue leaded crystal artwork now serves as a waypoint and anchor for the hundreds of employees using the space each day.

Mardie Rees worked closely with her husband and co-designer (Broderick Design Build) to make this project a success. Originally conceived as a re-purposed stained glass window, the project took shape after Mardie met with the client several times to draw out the nature of the clinic's needs. She noted words like "paternal," "heartbeat," and "guardianship." As the fabrication process unfolded, the clients met in Mardie's studio as a team, discussing and approving the artwork at various stages.