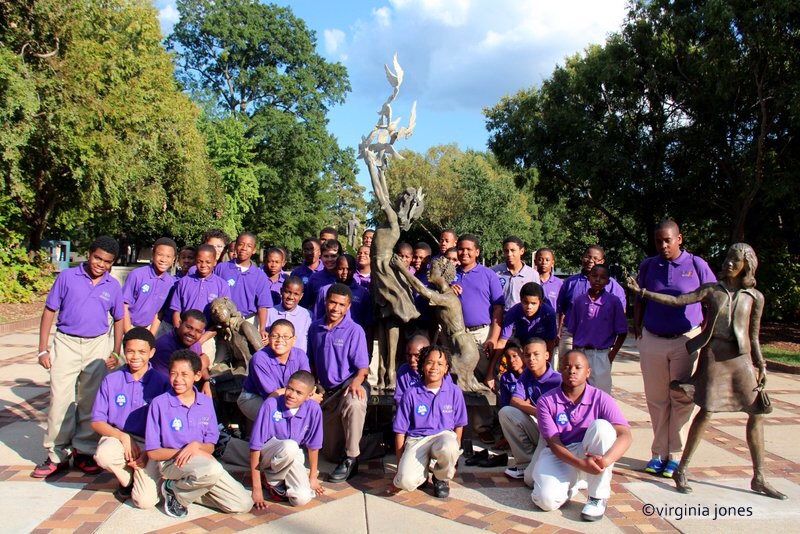 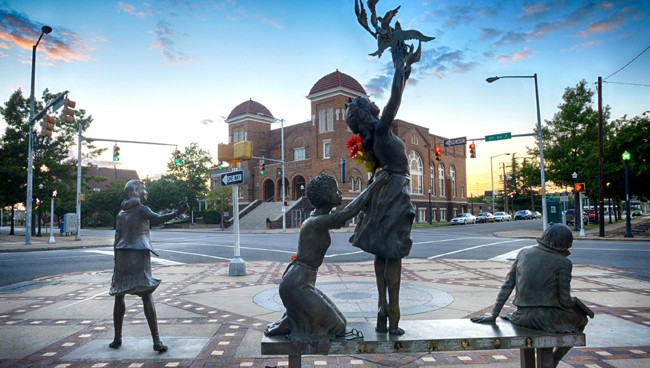 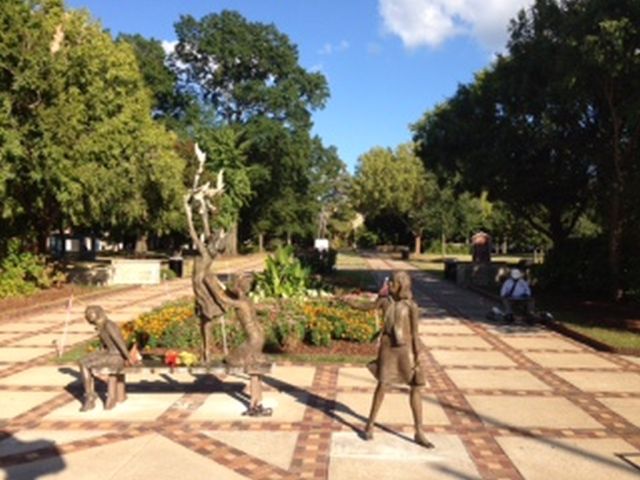 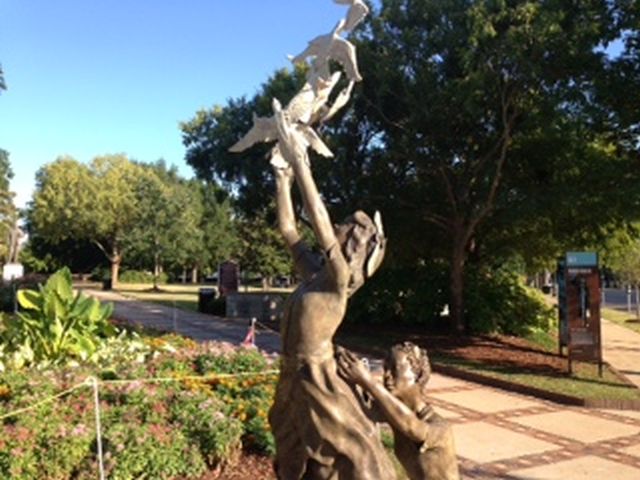 Client: Committee for The Four Spirits

Civil Rights and the murder by the KKK of four girls in Birmingham, Ala.. Located in Kelly Ingram Park, a city block. The piece is diagonally across from the 16th Baptist. It is across the street from The Civil Rights Museum. The site of The Four Spirits is pivotal to these buildings.

Four girls were murdered at the 16th Street Baptist Church in Birmingham, Alabama in 1963 as were two young boys at a different site on the same day. This piece was created to commemorate their deaths and to educate those in the realization that these murders were the pivotal point in changing the segregation laws. The bronze and steel memorial is called The Four Spirits. Being across the street from The Civil Rights Museum and diagonally across from the 16th Baptist Church was deliberate and allows the public to easily integrate physically with the girls. The standing figure, Carol, is walking towards the church and asking the other three girls to hurry up, come on, we will be late, as they were in the ladies room. Carolyn McKinstry had just left the ladies room and described to me the last thing she saw the girls doing. They are in those poses now forever in metal.

There was an ongoing unprecedented relationship with those involved in creating the video/documentary. Scott MacDowell, Sonia DiCarlo and Sherri Jackson of Birmingham worked intensely with me, flying to the foundry, Artworks, in Berkeley, CA. They were impressed by my openness psychologically and physically. It was brutal as the 50th Anniversary left only four months to complete the project. I slept inside the foundry in an office make shift bedroom. The piece was finished with the help of assistants, Galo Paz and Gabrielle Curry, and 20 other remarkable workers at the Artworks who also trucked and installed two days ahead of the unveiling.

I am not over it yet. It has broken me. One does not just get over creating a piece with this heinous history unscathed, The best part for me and my colleagues is that school children are bussed in from other states to experience and integrate with the girls. Also, it stands as a reminder that hate and ignorance will not be tolerated. It was a children's service. The marque for the Church that Sunday was "A Love That Forgives." Irony comes in all forms.