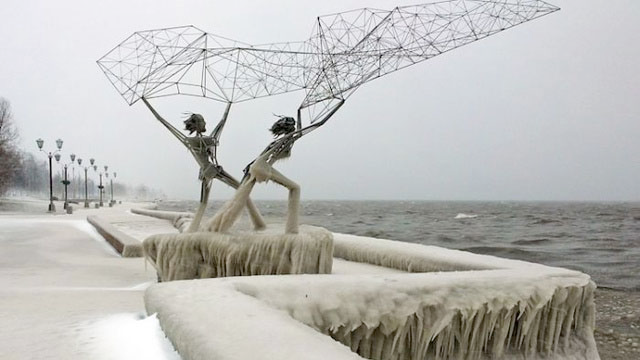 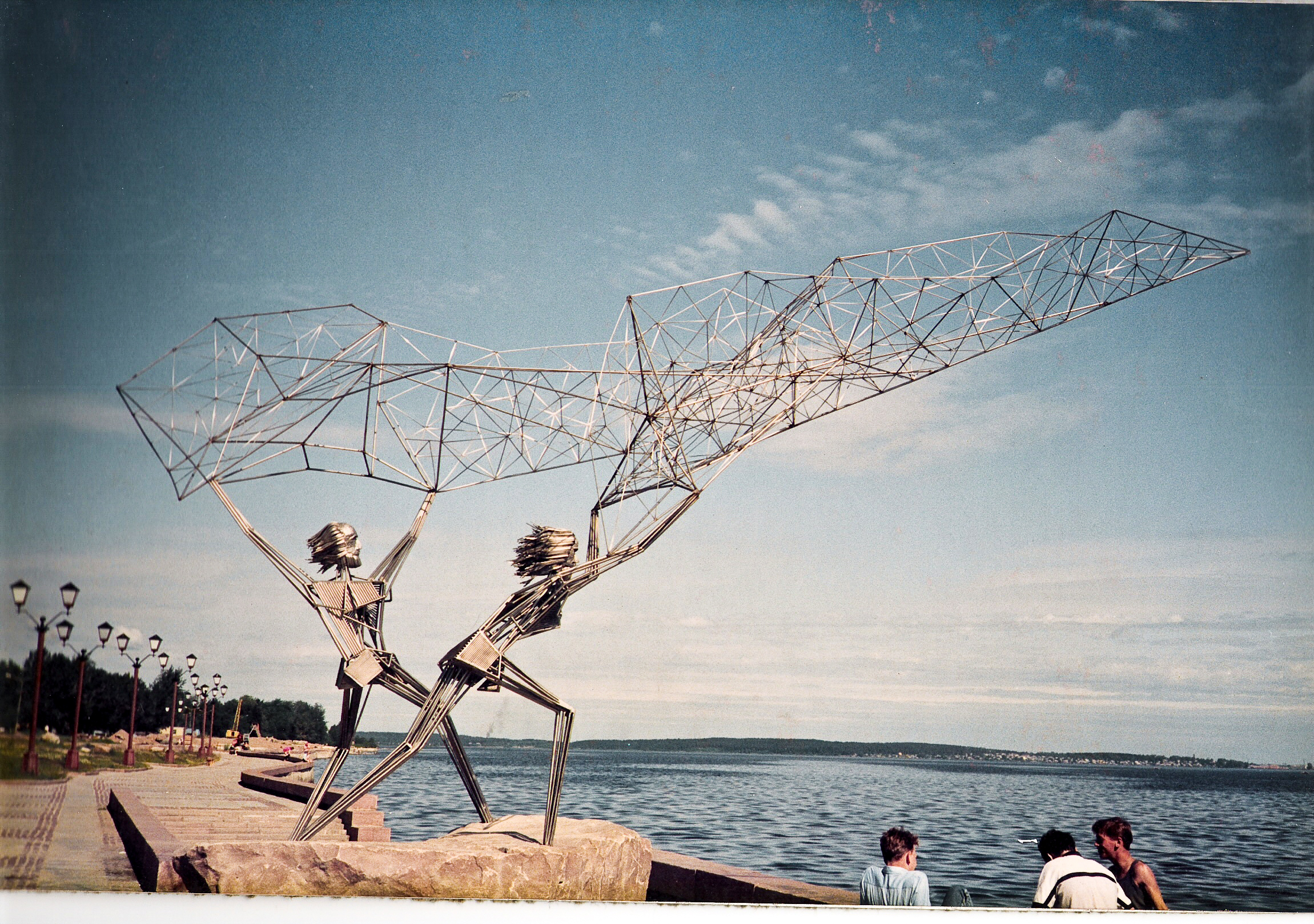 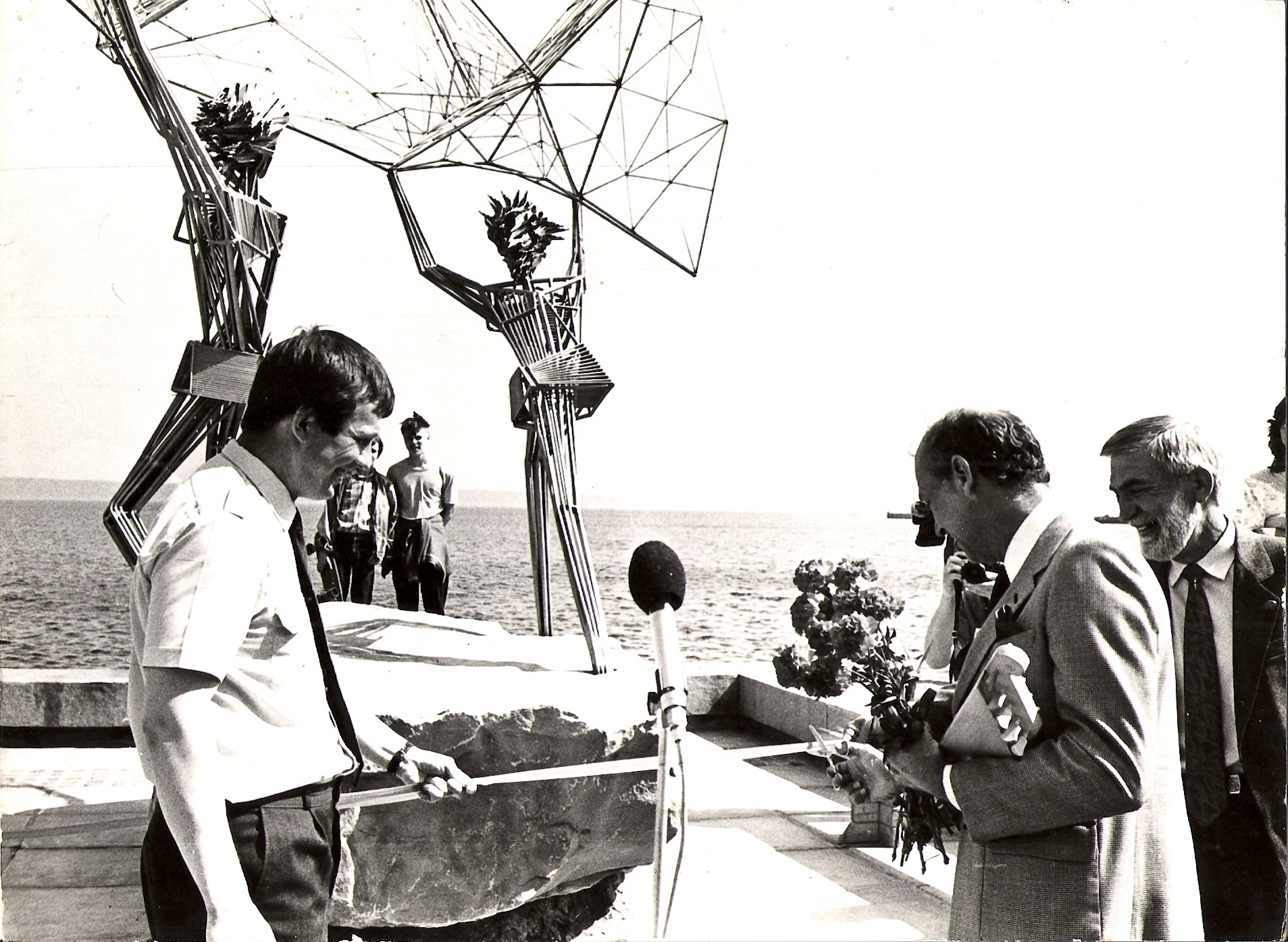 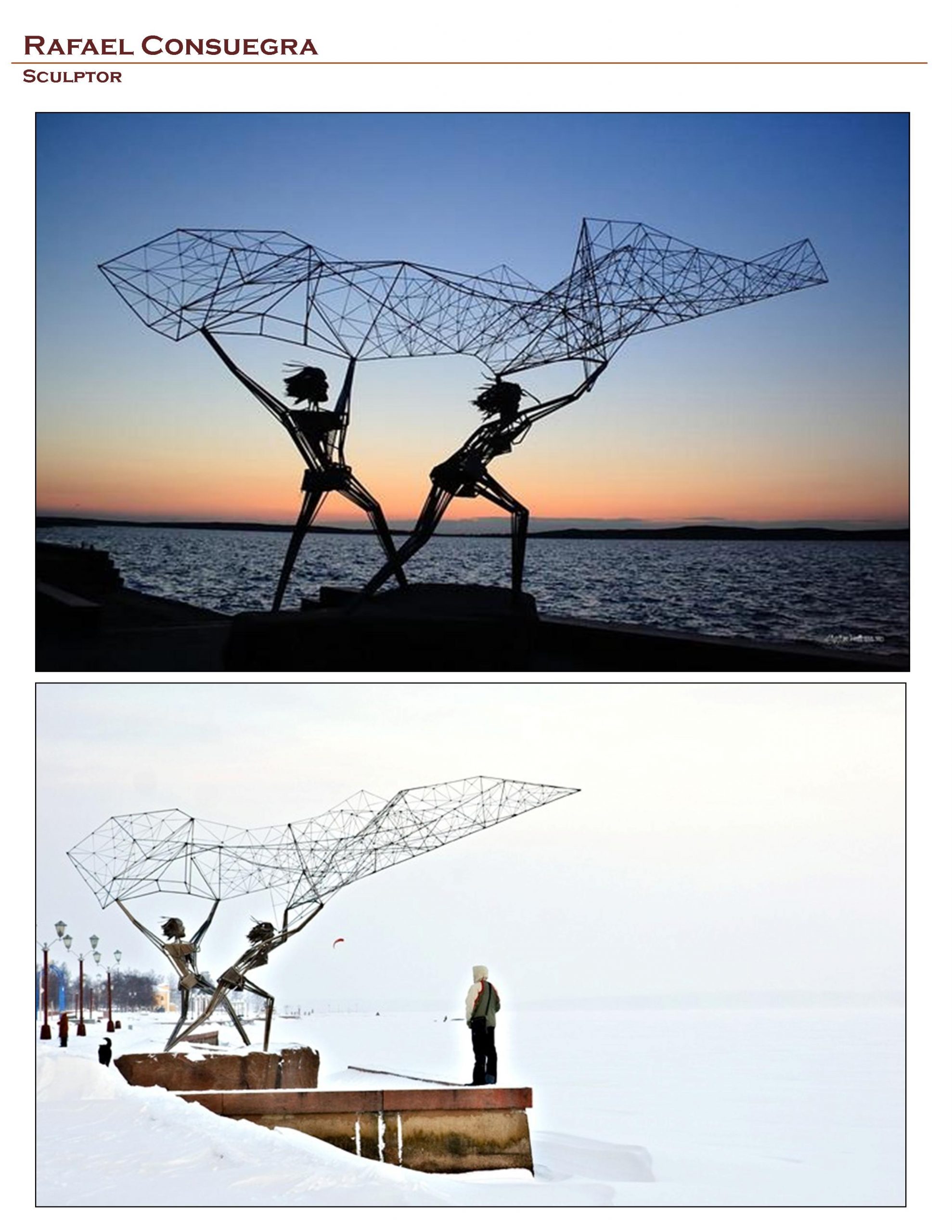 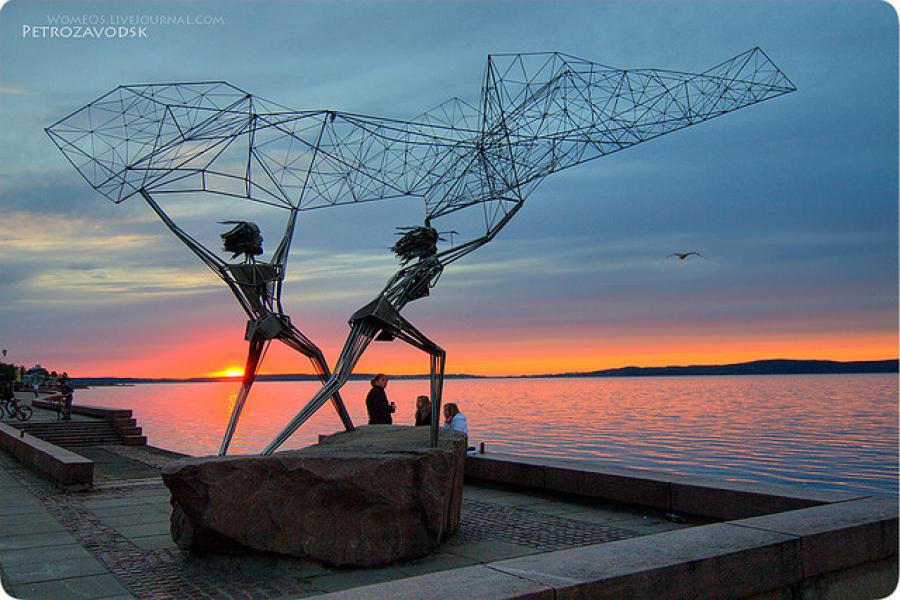 I won a national competition to represent the United States in a sculpture exchange program between sister cities, Duluth, Minnesota and Petrozavodsk, Russia. The two fishermen symbolize the unity and friendship between the two cities. "Two are needed to cast the net out to sea". The two fishermen are inspired by St. Pete and St. Andrew.

Rafael Consuegra's sculpture has become a legend in Russia. One legend says that one of the fishermen brought Christianity to the western part of the world and the other- to the eastern part. Something anecdotal to mention is that on New Years Eve they are usually got dressed as Father Frost and a Snow-maiden (Russian traditional New Year's characters) .