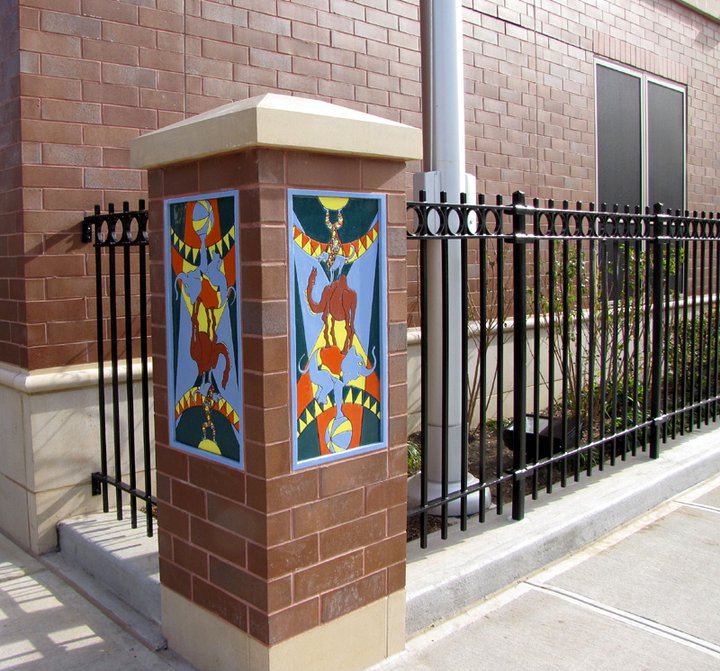 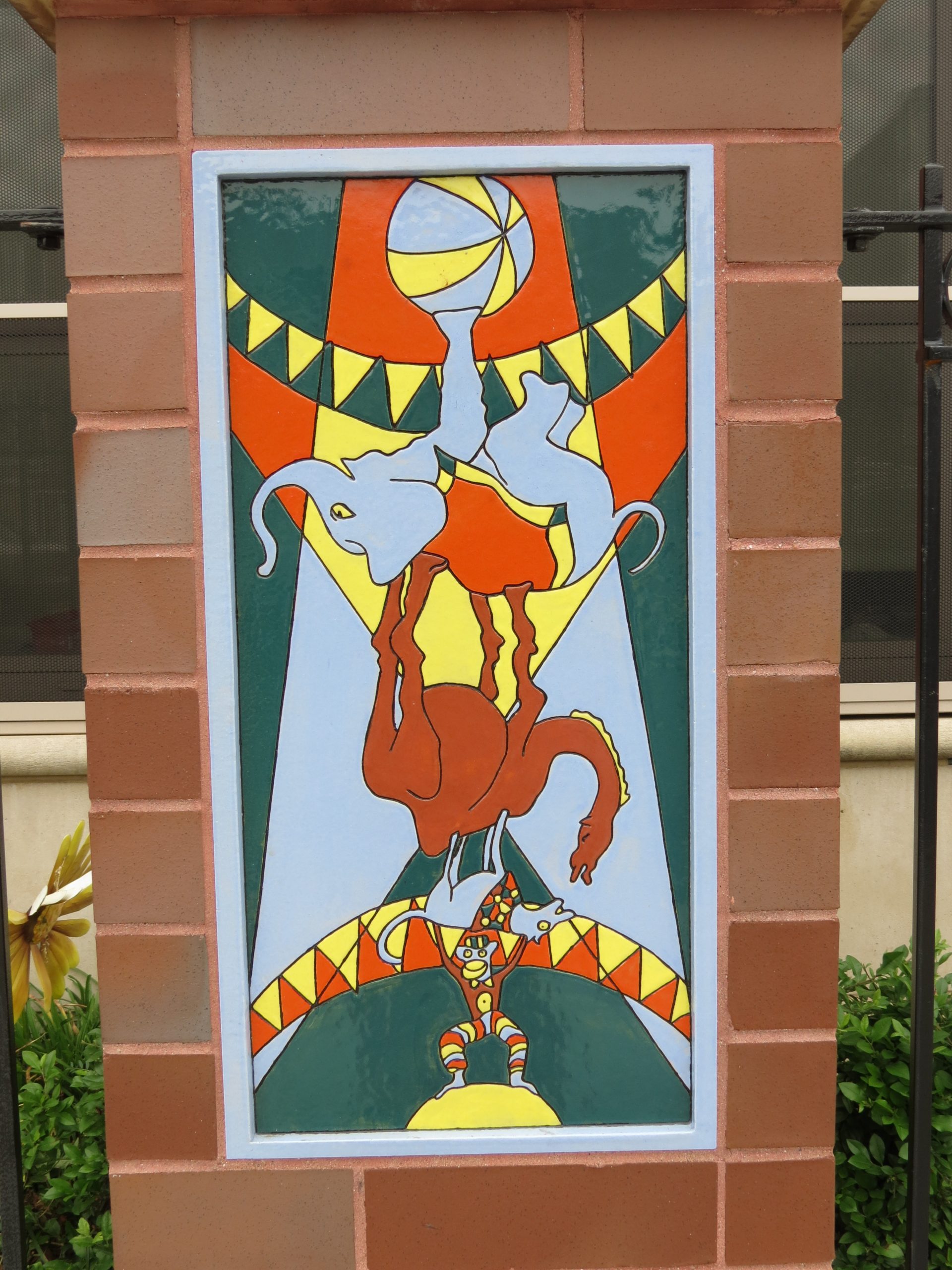 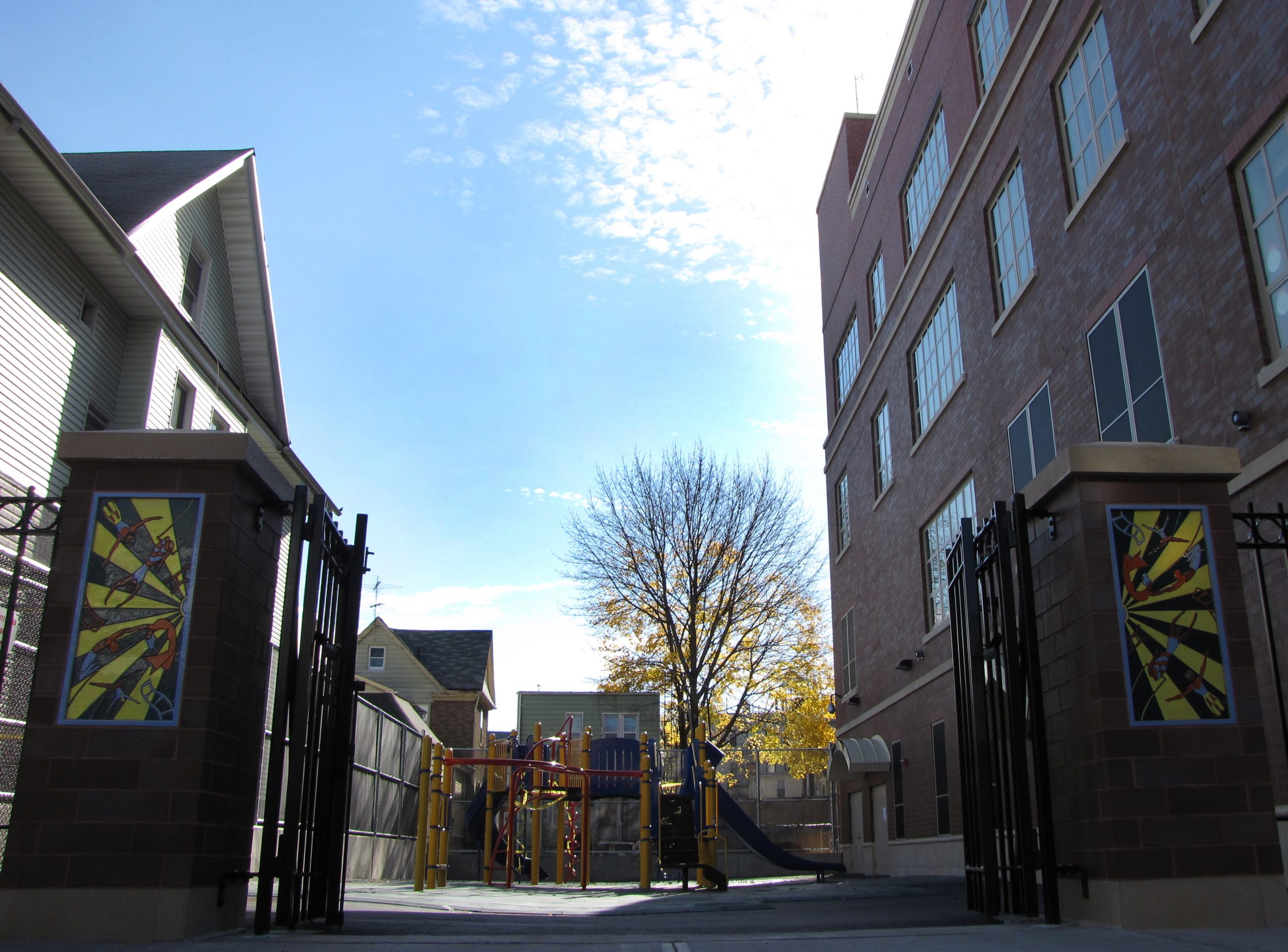 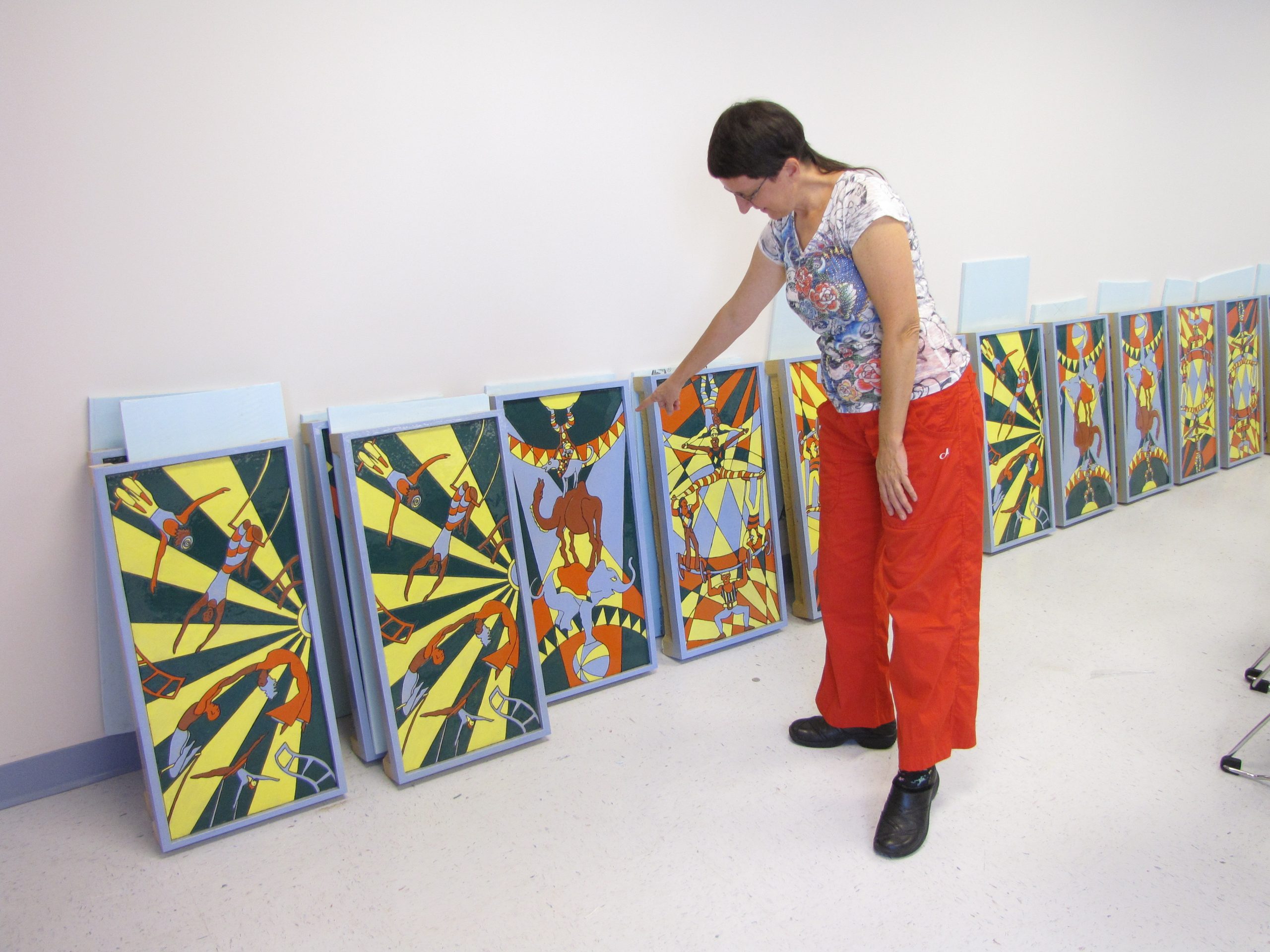 In 2010 I received a call for a proposal from Public Art for Public Schools in New York City for a project early childhood center being built in the Richmond Hill section of Queens. The design called for three different designs, each to be used four times, for a total of twelve panels set into the stanchions of the fence around two sides of the school. After looking at the prospectus I realized that a circus design would be not only appropriate but also fun to design and the creative energy started flowing.

I went to a small family circus in New Jersey and drew the camels as they rested outside and sketched the graphic yellow and green radial stripes of the tent. I did research and started working up the drawings in a way that they could be oriented in two different directions and still make sense. These drawings became the three terra cotta panel designs, Acrobats, Animals and Aerialists. I knew that I had to use a limited number of colors, so I scanned the drawings and worked out the colors in Photoshop. I sent in all materials and shortly afterward received word that I had won the commission. I met with the team at the architect’s office, and I realized that most of my work was already done; all that was left was to approve the color samples and design the arrangement of the designs on the fence.

The fabricators, Boston Valley, did a fabulous job, creating the design with an incised black line and the colored glazes that had to be painted by hand. My next job was to work out which designs went where on the fence and if they were upside down or right side up.
The first thing about the arrangement that I was certain about was the panels framing the front door of the school, with the green and yellow lines radiating out.
I worked out the arrangement and gave it to the architect, and the next time I came out they were all in place. I was invited to meet the young students who had already been inspired to do a circus art project inspired by the panels. It was great to meet the principal and staff of the new school, especially the very inventive art teacher, and to see there excitement and enthusiasm about teaching and about art.

I visited the school a few times after the project was completed and was asked to teach a few art classes, which was a delight. The art teacher had already done a project for the children based on my art and we gave them copies of the original drawing to color themselves.