"The Chronicles of San Francisco" - CODAworx 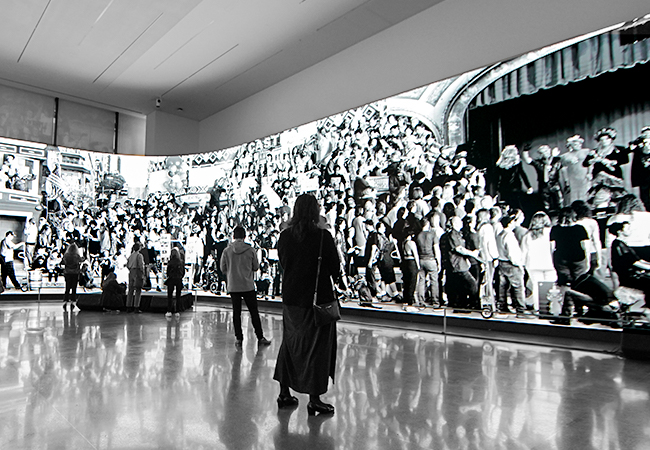 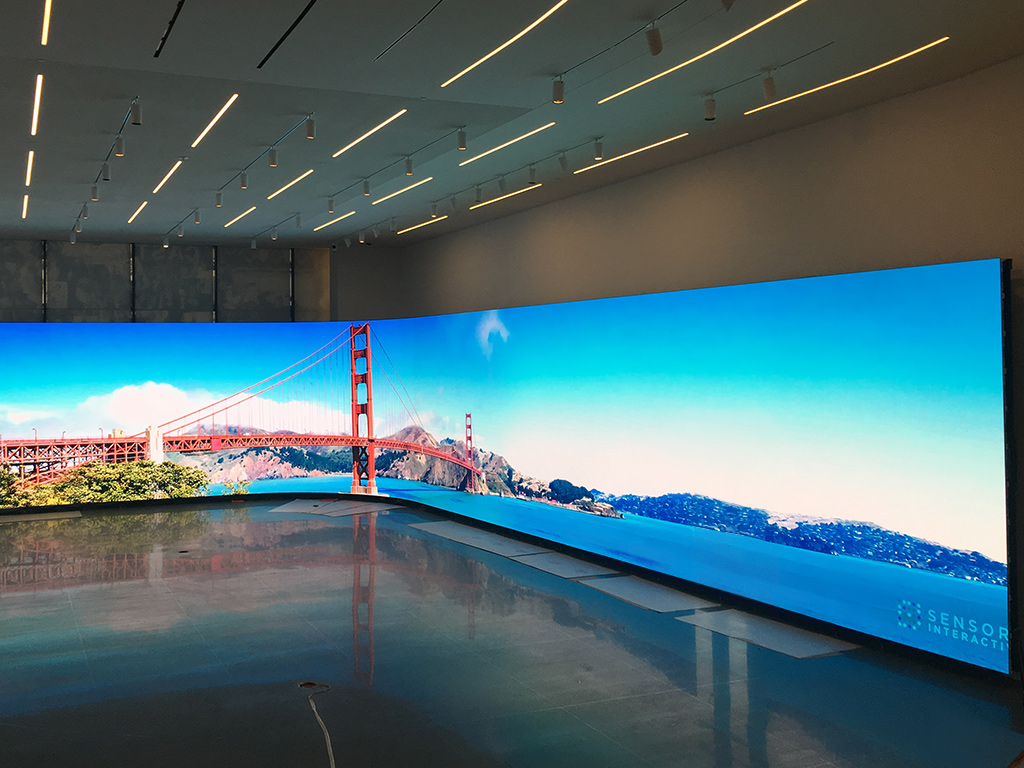 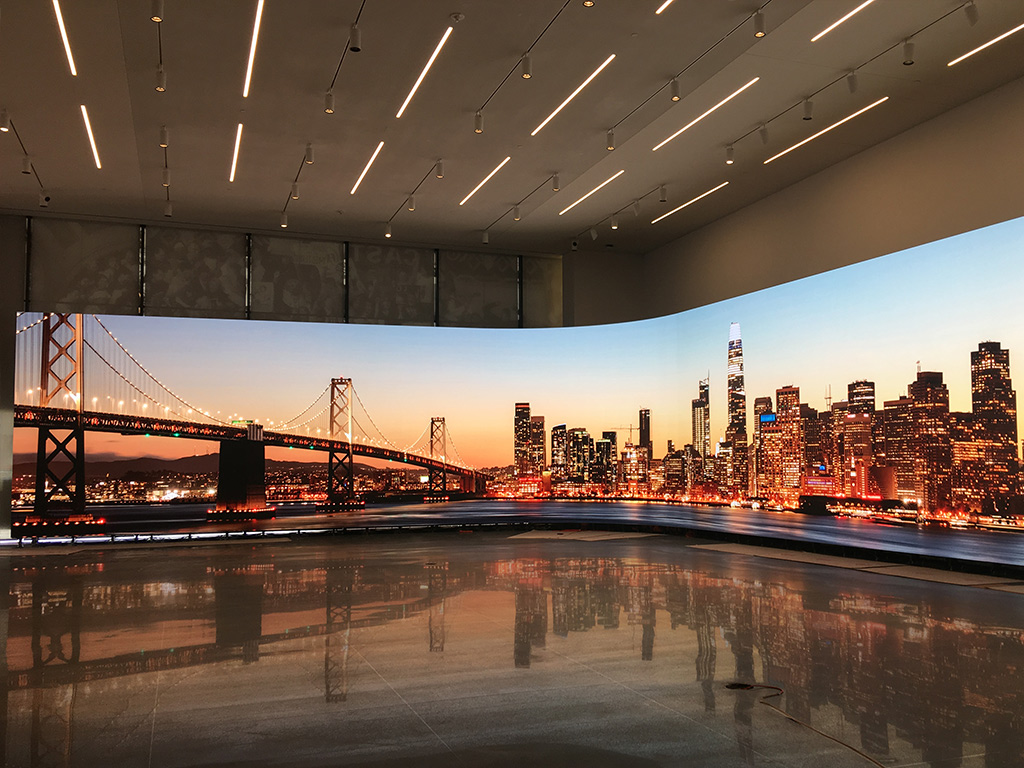 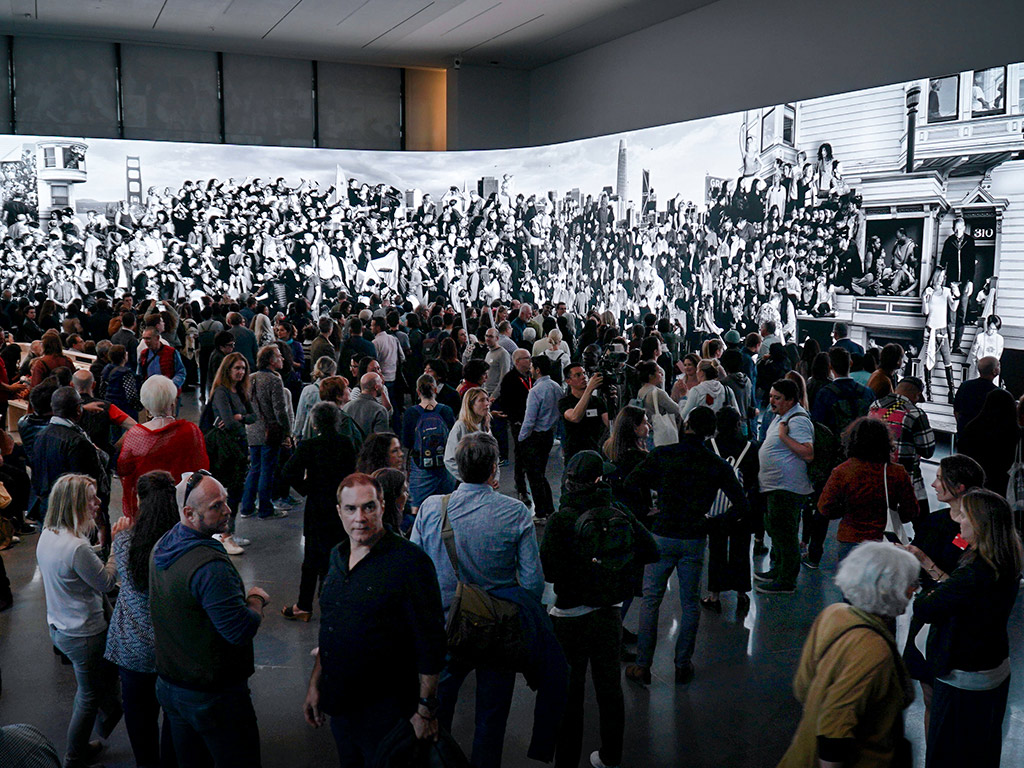 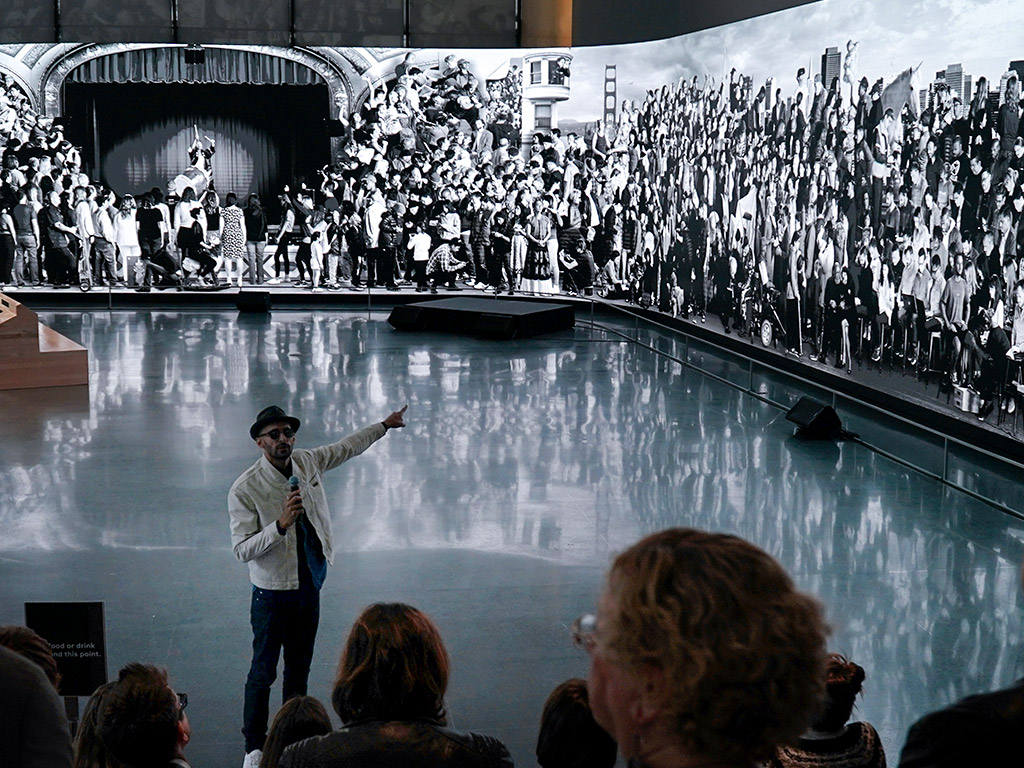 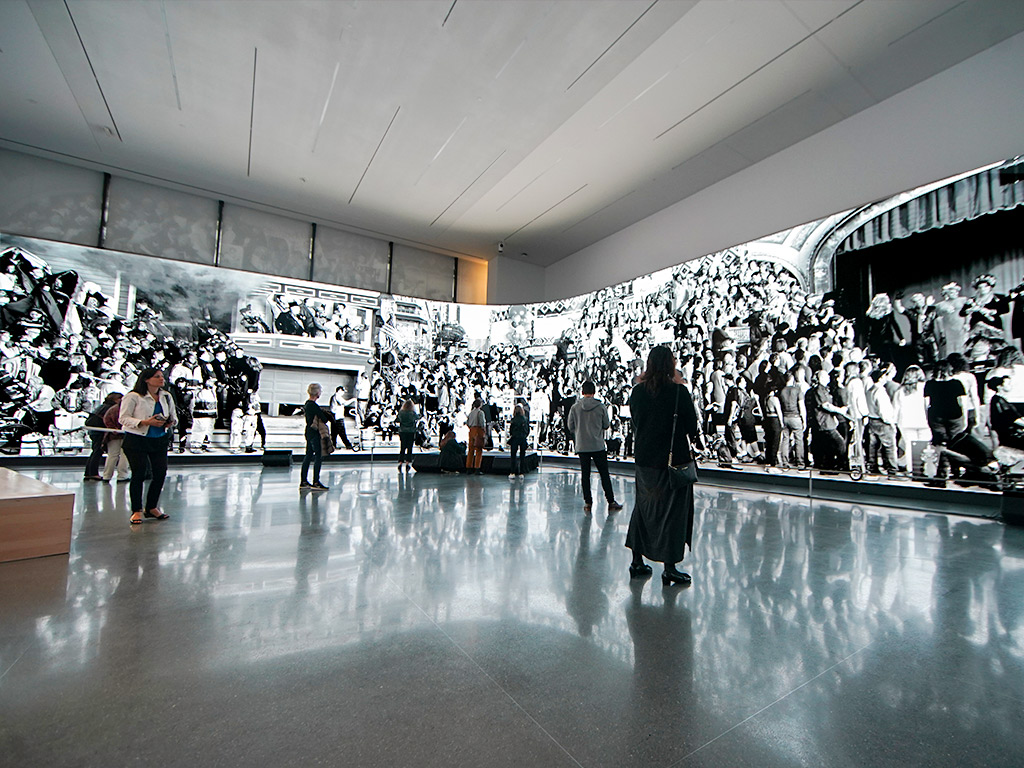 “The Chronicles of San Francisco”, which ran from 2019 to 2021, celebrated the city’s extraordinary and diverse people on a state-of-the-art digital canvas. The massive LED display, featuring a 2.5 mm pixel pitch, was manufactured by SNA Displays. With nearly 26 million pixels the digital display was likely the highest-resolution LED screen in the U.S. during its run at SFMOMA.

A key part of the effort was finding the right display configuration, size, and placement to create the most inviting and immersive experience for viewers. As part of this effort, Sensory Interactive, SNA Displays, and JR’s team worked together to explore a variety of design options, particularly for joining the two planes of the display at their intersection.
Ultimately, the team settled on a curved connection and a slightly concave angle for the two planes. This approach drew visitors into the space and maximized their sense of immersion as they were surrounded by the massive, slowly moving digital images.

The San Francisco Museum of Modern Art (SFMOMA) commissioned world-renowned artist JR’s "The Chronicles of San Francisco" to celebrate the many voices of San Francisco. The goal was to create an immersive experience at the museum’s Roberts Family Gallery with a 107-foot-long LED video display featuring more than 1,200 everyday people from across the city’s multifaceted communities. In his first major project in San Francisco, JR drew inspiration from Diego Rivera murals found throughout San Francisco.

“We believe that the artwork and the people whose stories it tells are what is really important,” said Sensory Interactive Associate Director Mark Petterson, “and that the technology should fade into the background. Our goal was to help JR find and implement the hardware and software that would create the best experience for people viewing the piece.”

"The Chronicles of San Francisco" is an excellent example of the growing contribution that digital art is making to the art world. It reveals how powerful technology can transform the artistic experience, both by enhancing its immersive qualities and by creating an essentially new medium. It’s also an exciting trend for the future of museums and other curated art platforms.

To create the piece, JR and his team used a giant truck equipped with makeshift studio with cameras and greenscreens to capture everyday people across San Francisco. Specialists at Sensory Interactive and SNA Displays worked closely with JR’s team and the SFMOMA staff to ensure the massive files were properly configured and could be properly processed and displayed on the high-end video screen, procured and erected exclusively for the exhibit. Furthermore, getting involved early allowed the multidisciplinary team to ensure that every aspect of the LED art display supported the goals for the installation.

JR set up the mobile studio in 22 locations around San Francisco, where he filmed, photographed, and interviewed more than 1,200 people from across the city’s multifaceted communities. In the completed work, a digital mural scrolls across the enormous LED display, bringing together the faces and untold stories of everyday people.