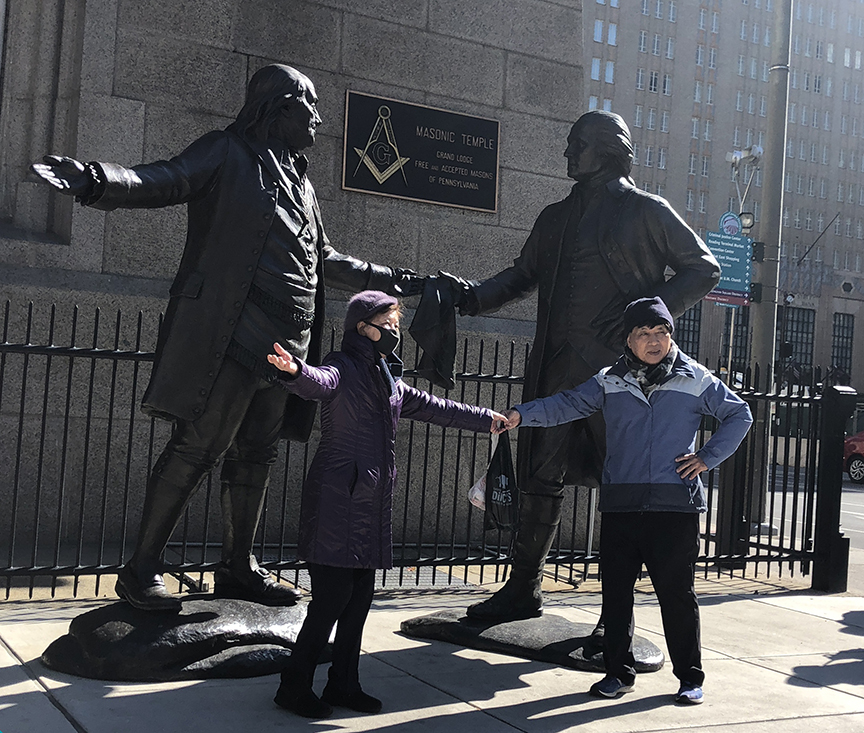 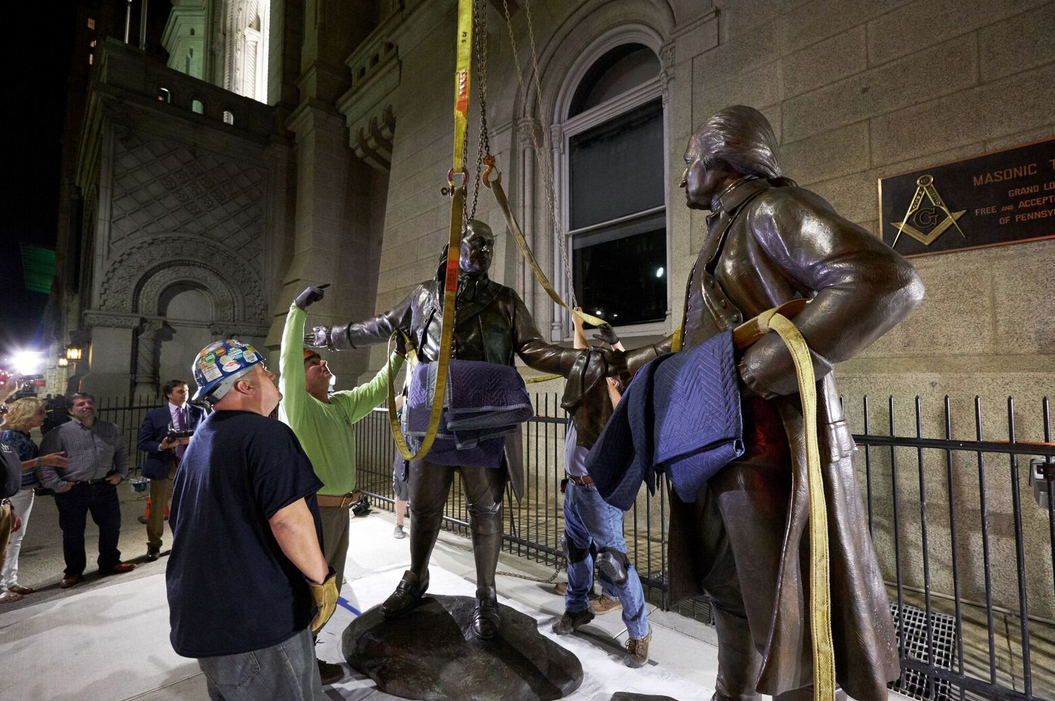 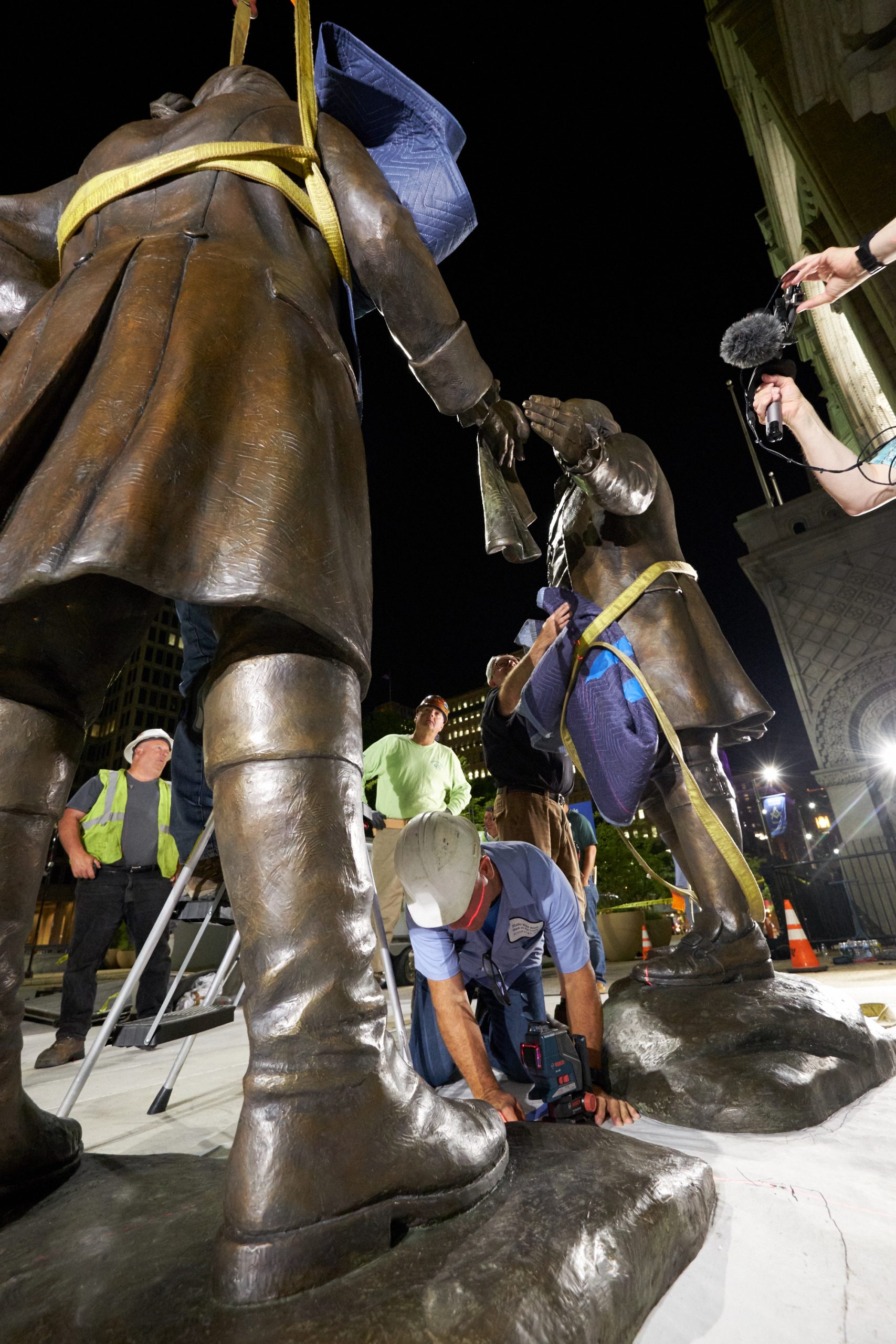 When Jim West was commissioned to sculpt a narrative about the Masons, the artist embraced the opportunity to work with historians to depict an episode that commemorates an enduring bond between two nations and the three men that made it possible.

The monumental statues sculpted by Jim West depict the moment at which George Washington presented that apron to Benjamin Franklin — an apron that is now displayed in the Grand Masonic Museum of Philadelphia, outside of which these statues stand.

When Benjamin Franklin first went to France as a diplomat, he was highly influential and successful in securing a French Alliance in support for the American War of Independence. George Washington, at that time, was serving as Commander in Chief of the Continental Army of the American Revolution. Gilbert du Montier Lafayette, who led the French troops, gifted to George Washington, as a sign of solidarity, a ceremonial apron as a symbol of the bond between these two countries.