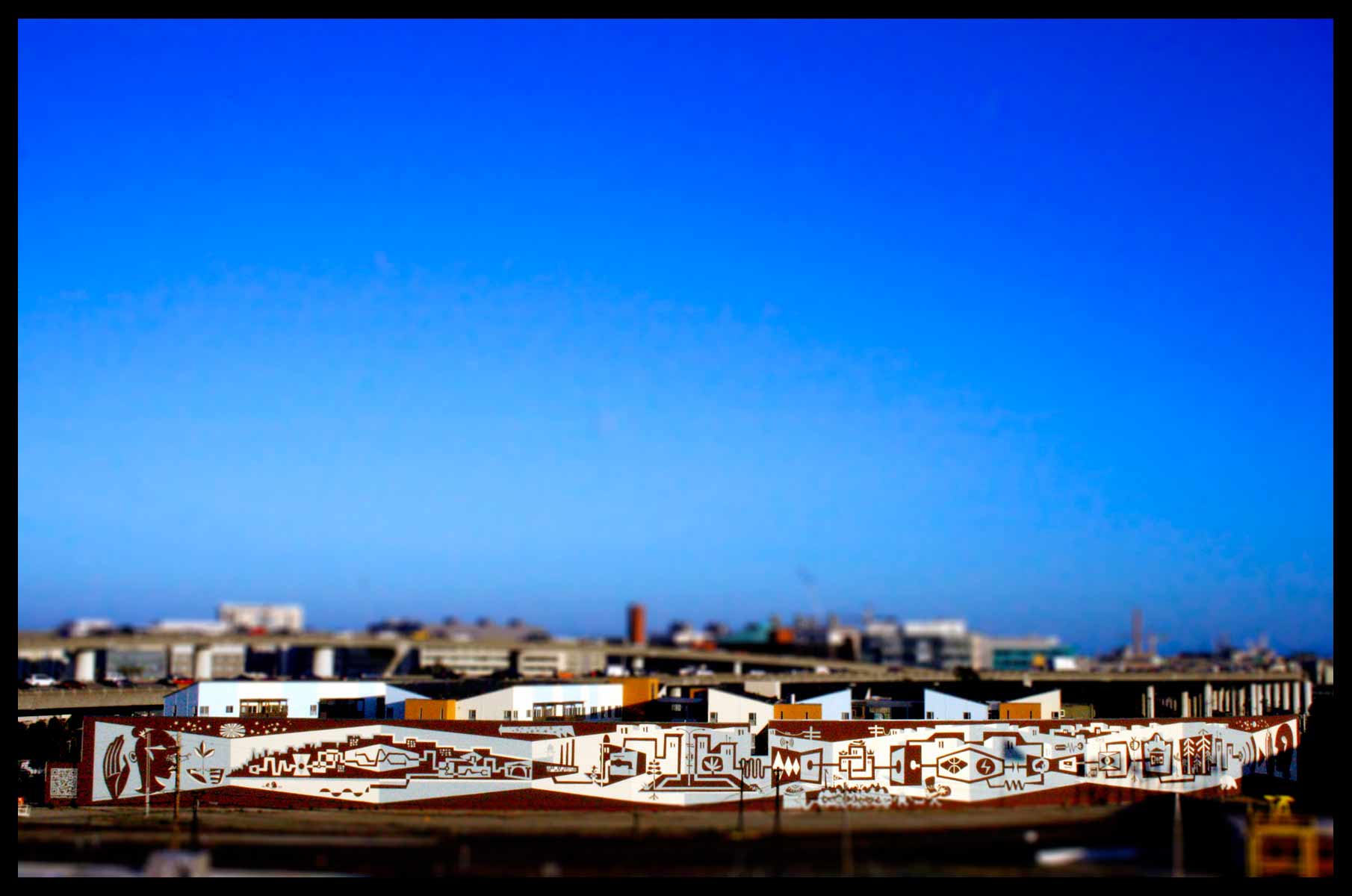 Brian Barneclo approached the owners of Crescent Cove Apartments to propose a mural for their 600 foot retaining wall. He was given permission. He partnered with Intersection for the Arts, the San Francisco Redevelopment Agency and Caltrain. Over three years he raised over $60,000 to finance the project from donations from the Adobe Foundation, Dockers, Related Property, Kevin King and Merridee Moore, David Baker and others. Barneclo received a proclamation from then-mayor Gavin Newsom, appeared in a Super Bowl commercial for Dockers and became a certified Caltrain rail worker. The mural was painted in two weeks.