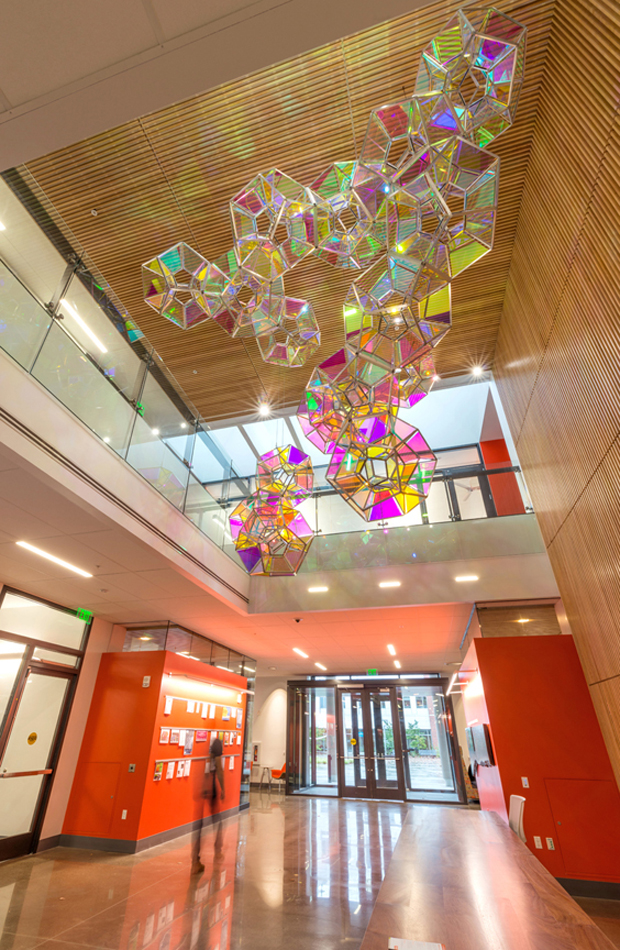 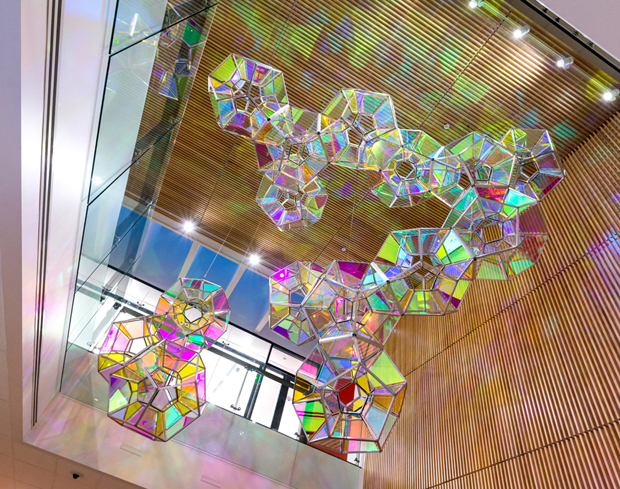 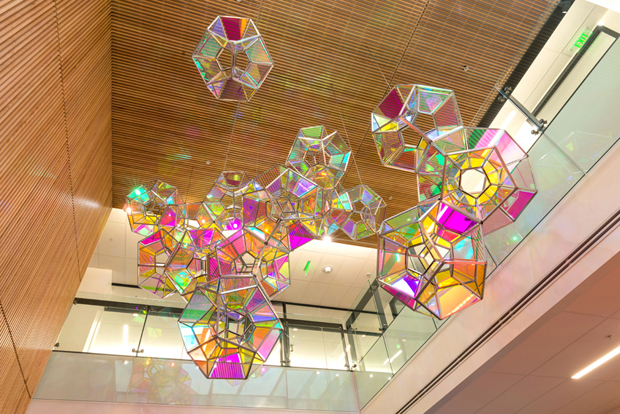 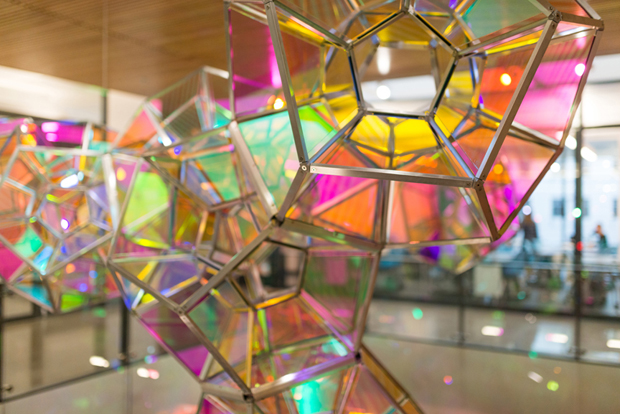 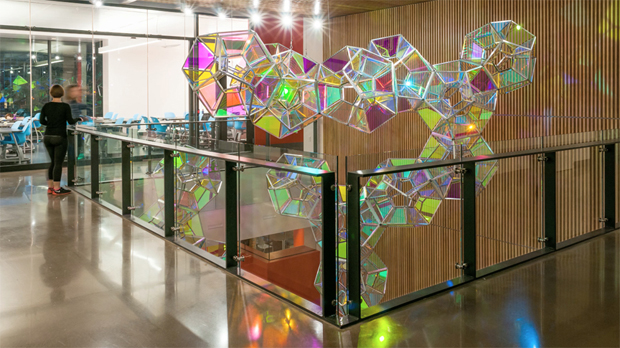 Synthesis is a suspended sculpture that evokes the harmony between the natural and the technological underlying the fields of chemical, biological and environmental engineering. As artists, we wanted to define a sculptural form that resonated with both an organic and a mathematical sensibility.

Located in the two-story lobby of Johnson Hall, Synthesis features dodecahedral forms composed of thin frameworks of steel and aluminum integrated with facets of dichroic acrylic. The composition of dodecahedrons is characterized by a clustered configuration, along with a singular and smaller group suspended in proximity. The form suggests the process of synthesis on a molecular scale.

The architects of the Johnson Hall describe the two-story lobby area as a nexus space for the new building, not only in terms of traffic flow, but also in terms of the cross-fertilization of knowledge from the three engineering fields represented in the building. The lobby is also a nexus that brings together faculty, graduate, and undergraduate students. We envision our sculptural concept reinforcing this idea of active collaboration and innovation.

Working with the architects of the new Johnson Hall, our team, RE:site and Metalab, were able to coordinate several aspects of integration in the building. The strategic placement of the artwork enabled natural light to shine down through the art, and the architectural materials utilized in the lobby space remained neutral to support the vibrant color palette of the dichroic acrylic.

The dichroic material enables the work to continually change form, color, and transparency as viewers move around the sculpture on the second level as well as below. Also, viewers will see themselves and others kaleidoscopically reflected in the work as they look into the openings of the dodecahedral forms. In this way, the viewer’s movement becomes part of their experience of the work itself. Connecting the work to the outside and changing seasons, light entering from the nearby skylight creates dynamically changing patterns of reflected and transmitted color on the building’s interior surface.