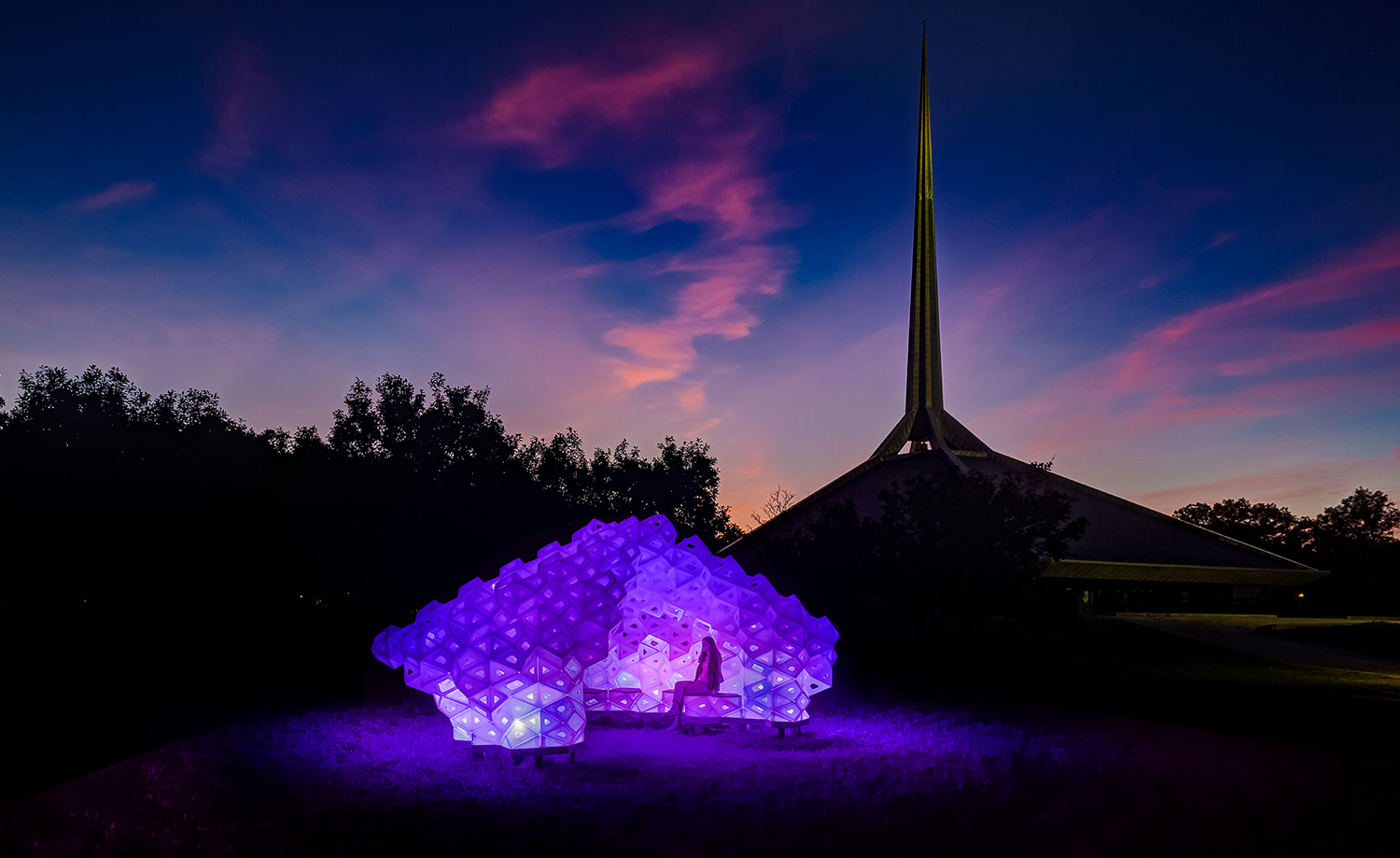 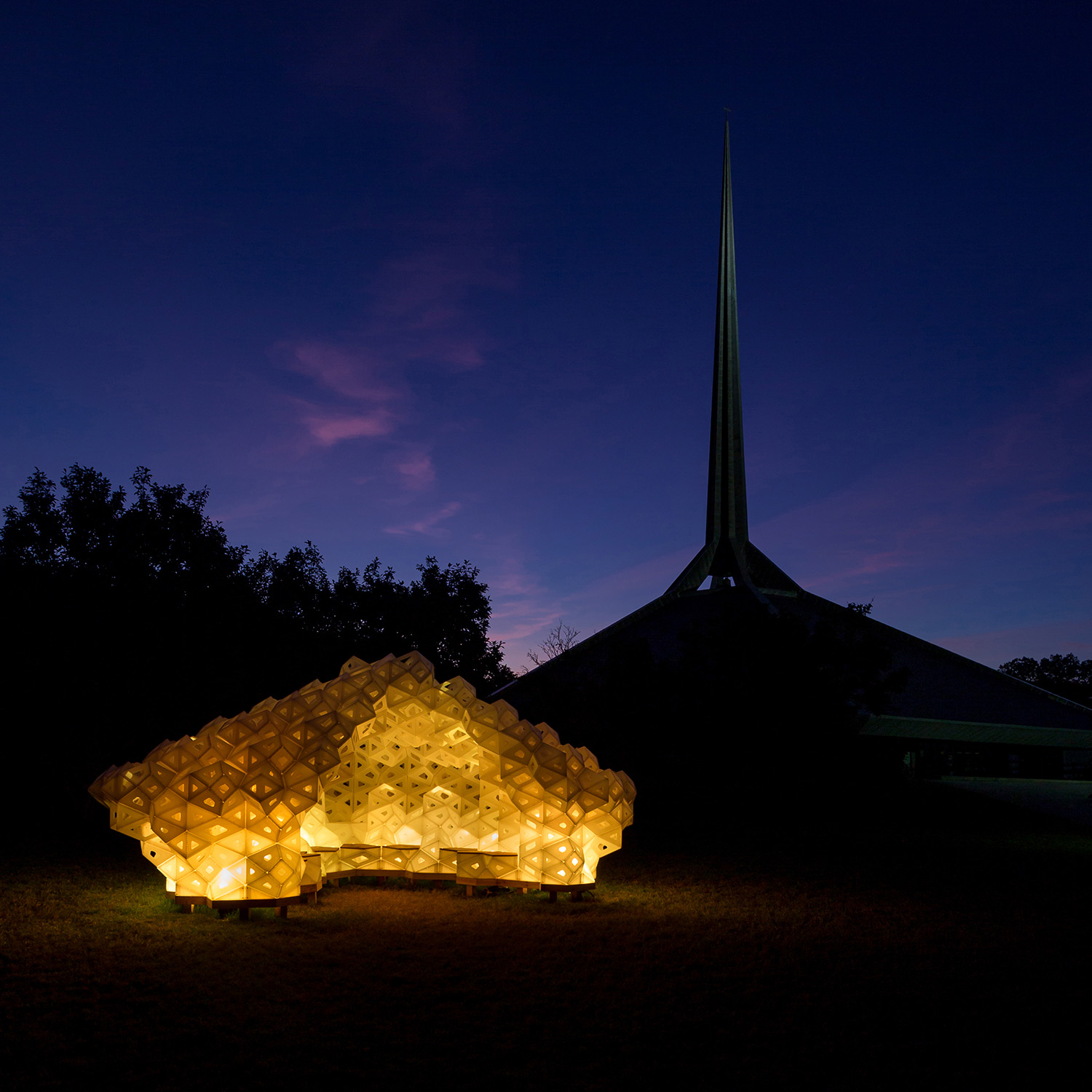 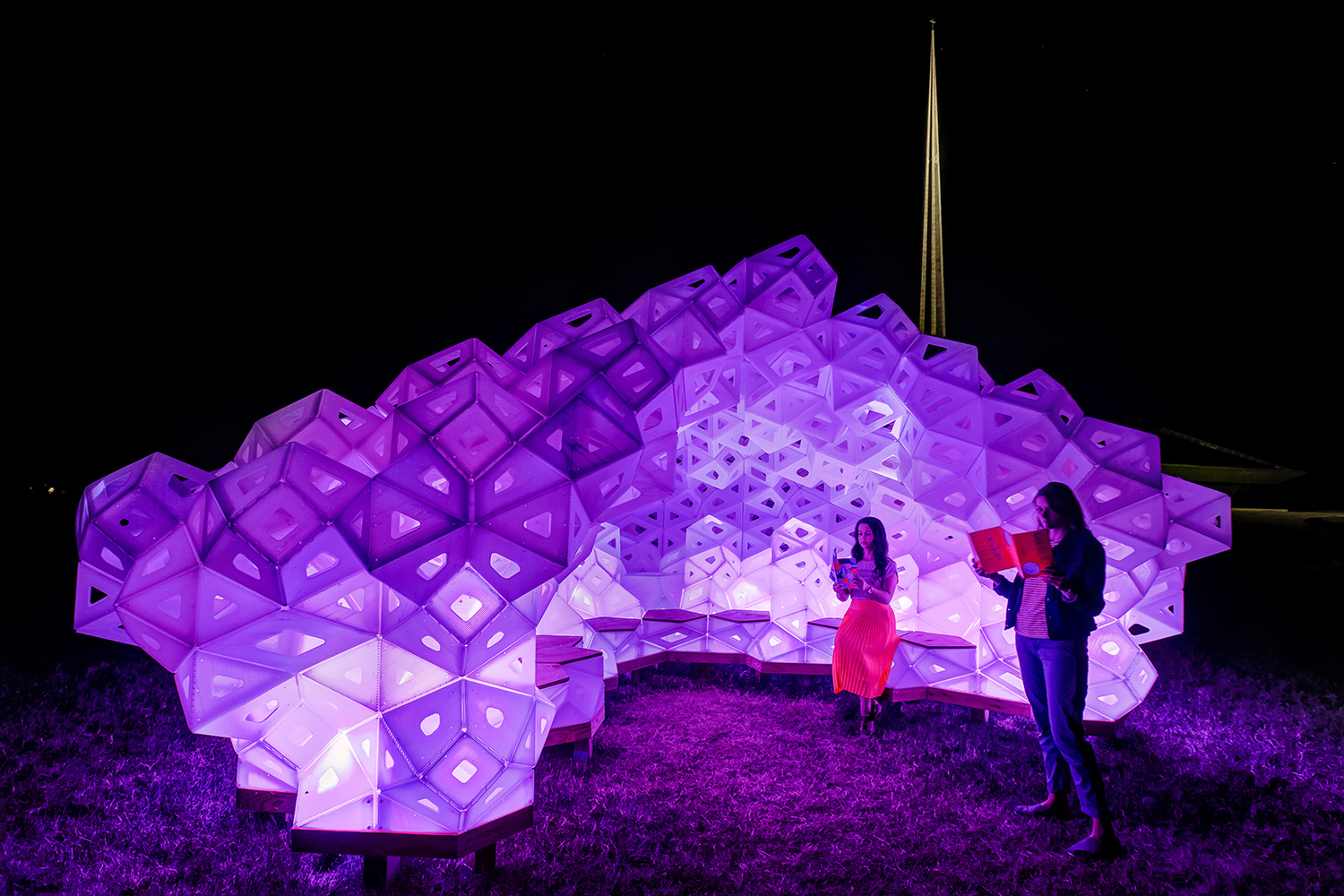 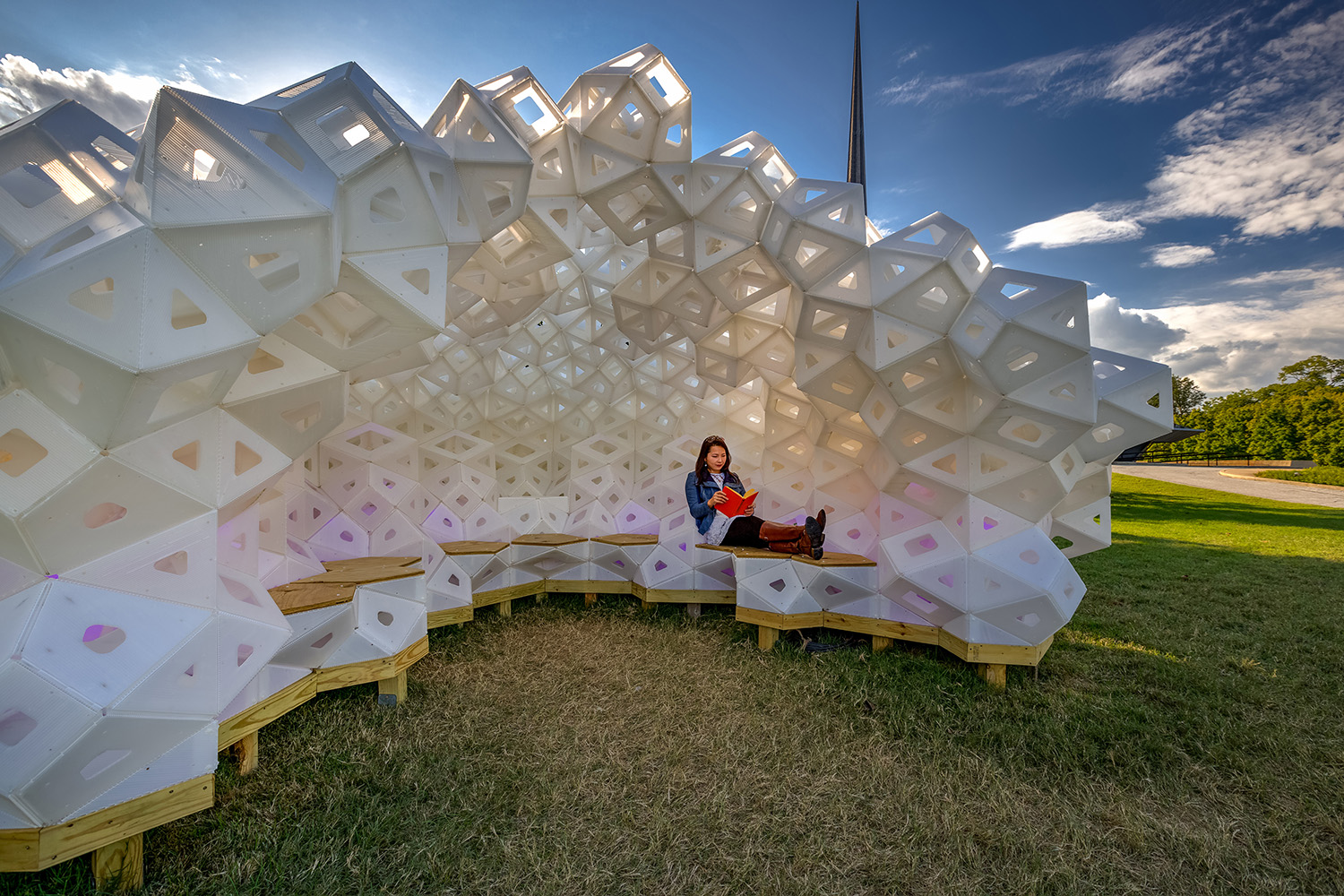 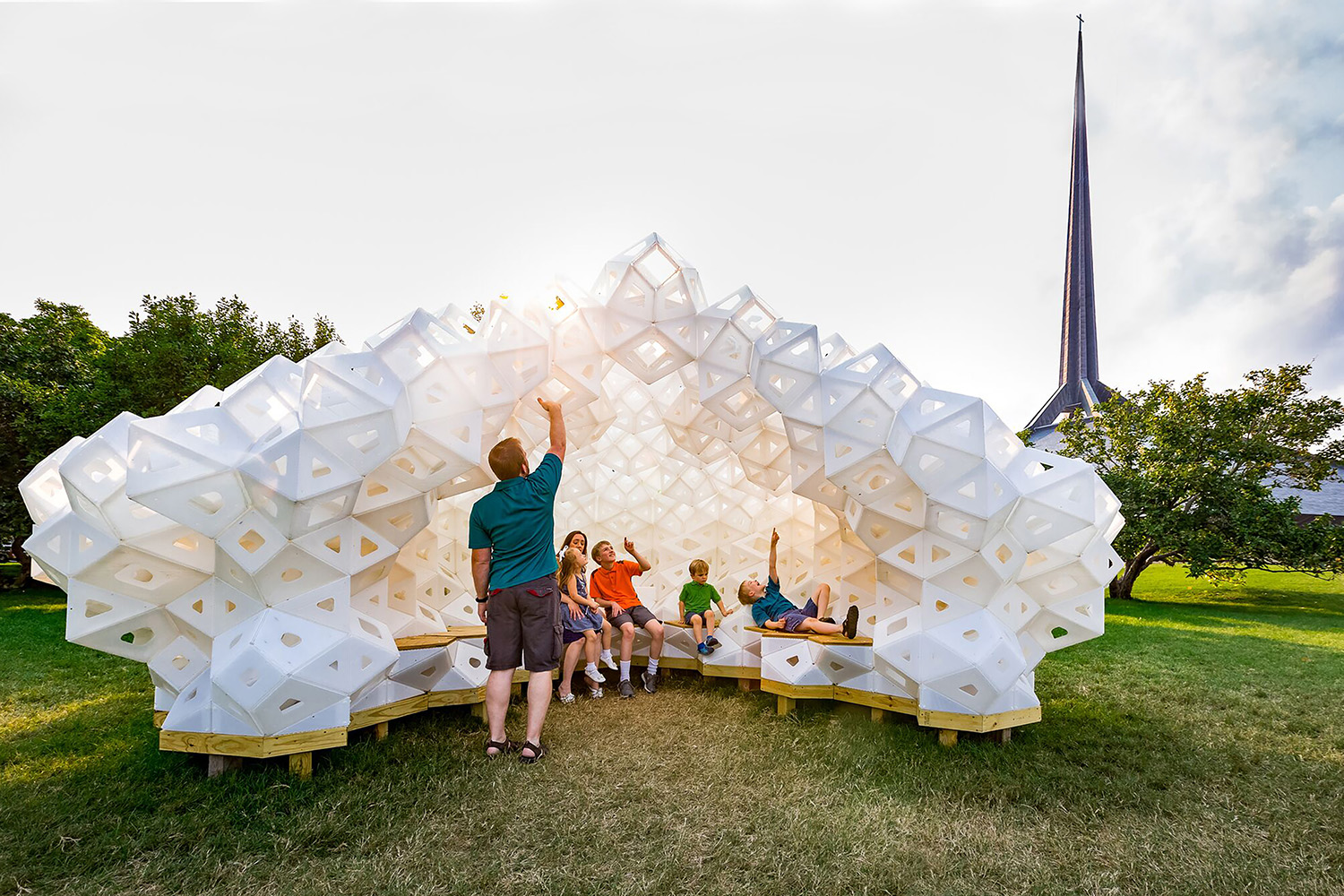 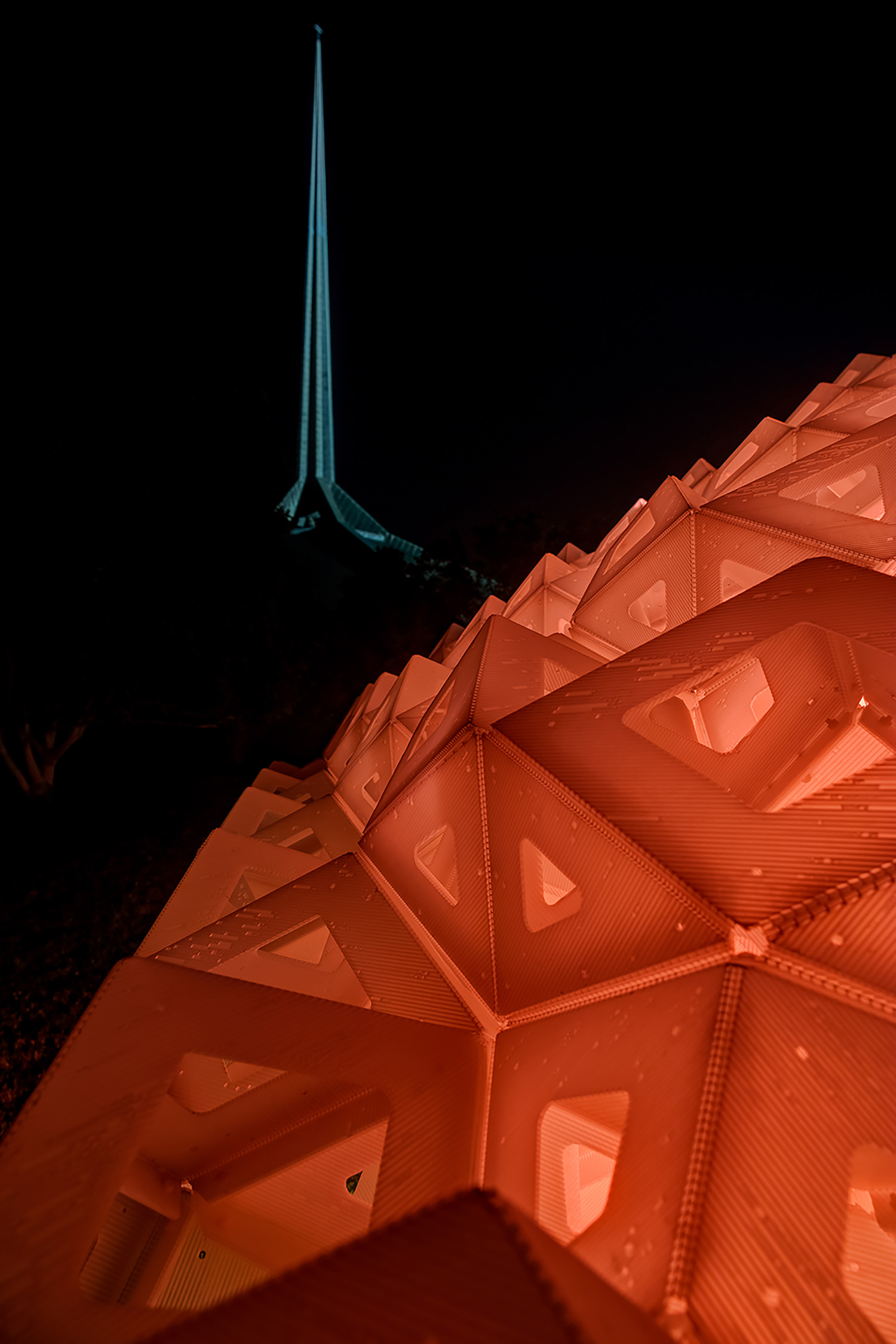 Installed on the site of Eero Saarinen’s North Christian
Church in Columbus, Synergia is a public pavilion that opens
to the public at Exhibit Columbus between August 26th and November 26th, 2017 in Columbus, Indiana. Over five hundred of the translucent Coroplast polyhedrons, measuring about two to three feet each, work together to form elongated hexagonal units. This hexagon geometry echoes the overall geometry of Saarinen’s mid-century modernist architecture and at the same time serves as the building block of a complex and diverse structure that is 25 ft in width and 11 ft in height.

Synergia embodies the reality of life, community, and harmony through its simple parts working together to create a complex and light-filled space. Sitting next to Eero Saarinen’s North Christian Church in Columbus, Indiana, the translucent quality of the light found in Synergia in the daylight alludes to the hushed secondary light radiating from the perimeter of Saarinen’s structure. Colored LEDs further illuminate Synergia at night, creating an ephemeral atmosphere as Saarinen’s concrete façade serves as a backdrop. The interplay of light and shadow, acting in conjunction with the movements of compression and expansion, creates a space that fosters peace and reflection.