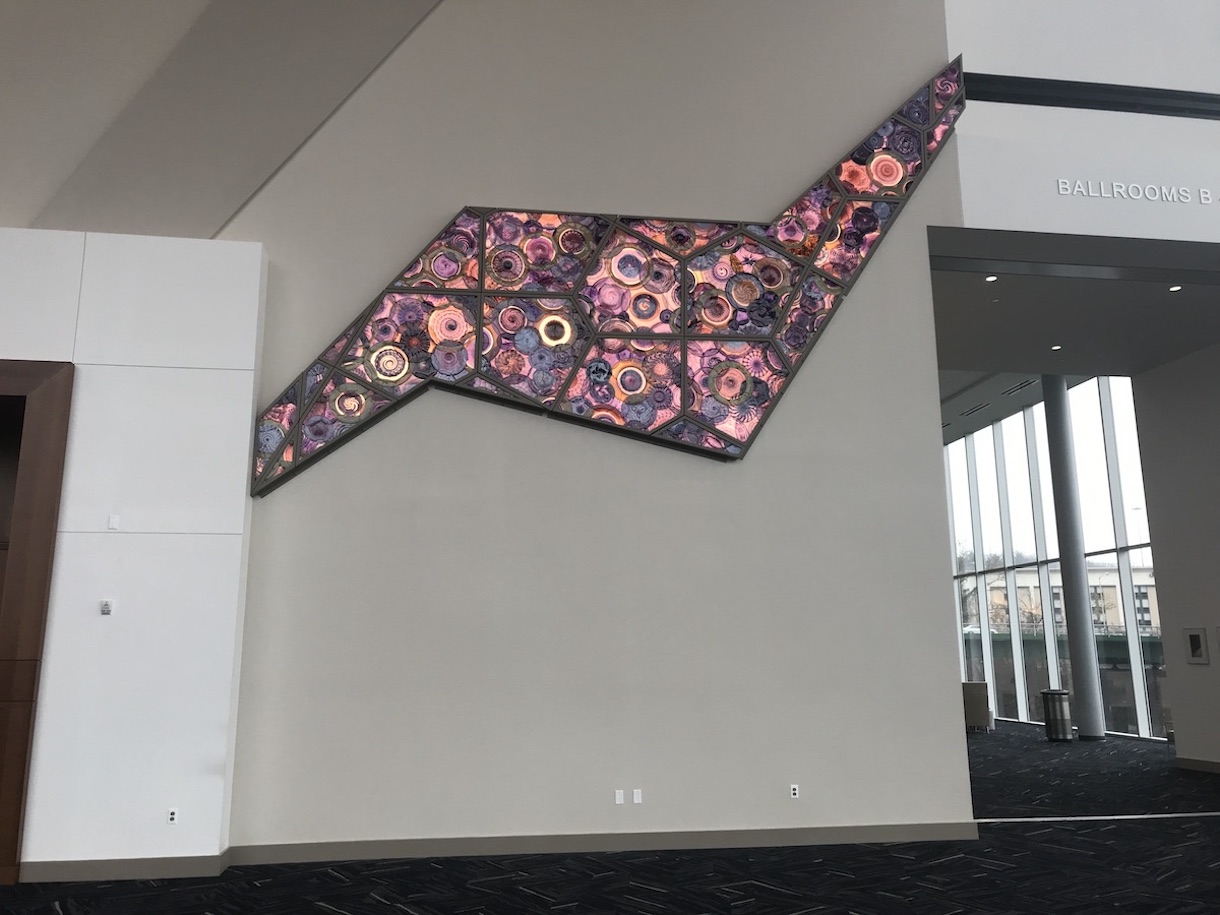 Strata was designed to integrate into the architecture of the City of Charlestons Civic Center. The design mimics the Appalachian Mountain Range. Strata's concept is about peering into the state geology. The materials that depict these natural formations is a combination of blown then fused glass, wood, and LED lighting.

The city of Charleston West Virginia allowed me to view the space for the commission. Along with that, I was introduced to the West Virginia History Museum. One of the featured exhibits was called the Coal Forrest. Which documents the natural history of the formation of coal. I made the decision given how important coal mining is to the state, to memorialize it in an abstract fashion. Strata is a representation of the geological formations in the state. This resource represents a great deal of the culture of the people of West Virginia. Coincidentally, West Virginia historically has been a major area for glassblowing. The natural resources required for making glass exist in abundance. Many notable glass manufacturers pioneered glass techniques and design.

The combination of blowing glass rondels and fusing them together created a visual effect similar to the super position of the flora and fauna that was buried in the earth and transformed to coal. The rondels represent the compressed chaos beneath the terrain. Having seen the interior architecture, which mimicked the horizon line of the Appalachian Mountains, I decided to create a design that would live within that context. After deciding on the color and the design of the glass, the blown glass was fused then water-jet cut to fit the individual framework. LEDs were then installed and finally, the glass was installed into each frame prior to installation. I approached this project as a work of design, in that it involved representing the identity of the people of West Virginia. With the help of the Public Art Director, who is an artist, and also the City Manager who was very intuitive about serving the interests of his citizens.