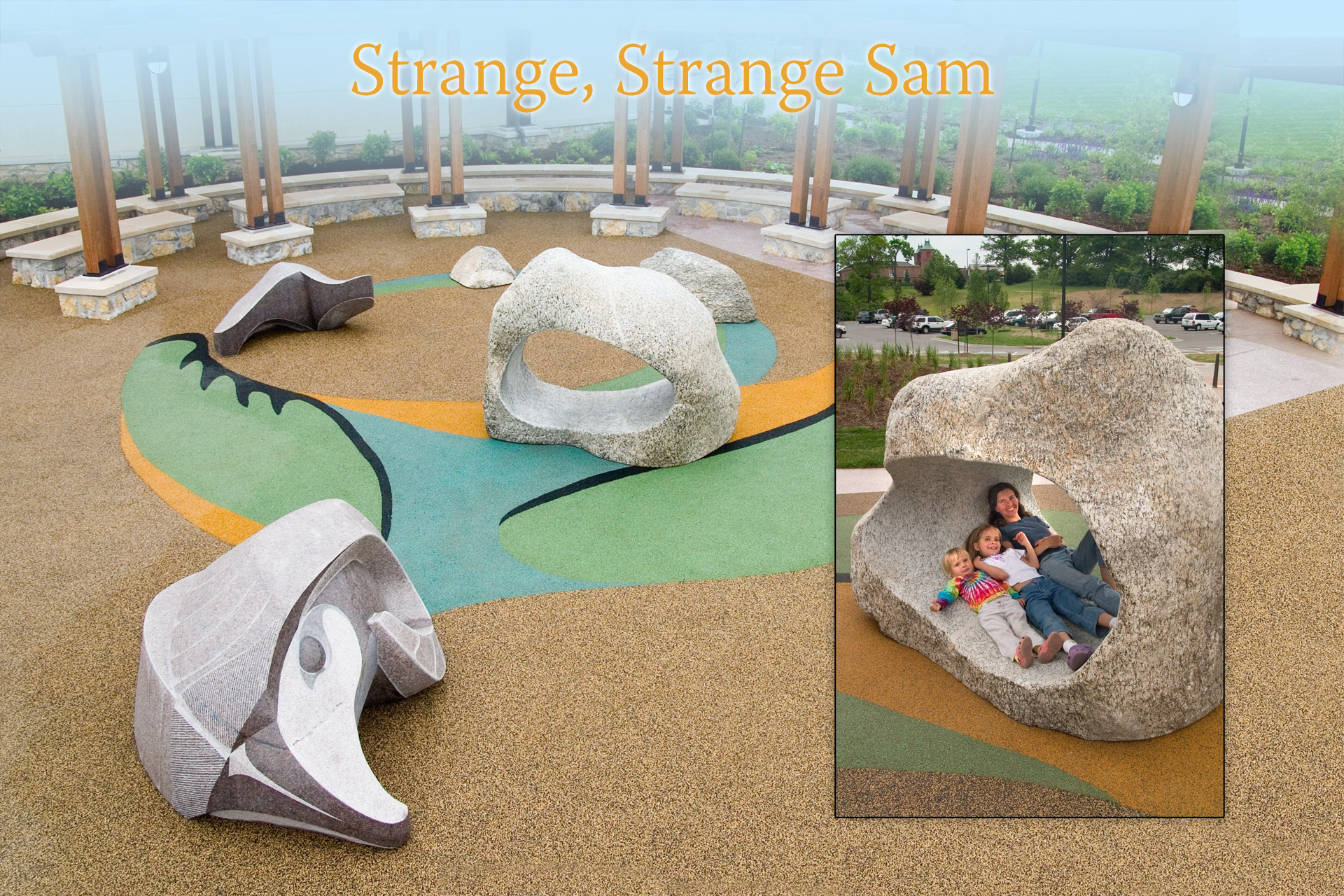 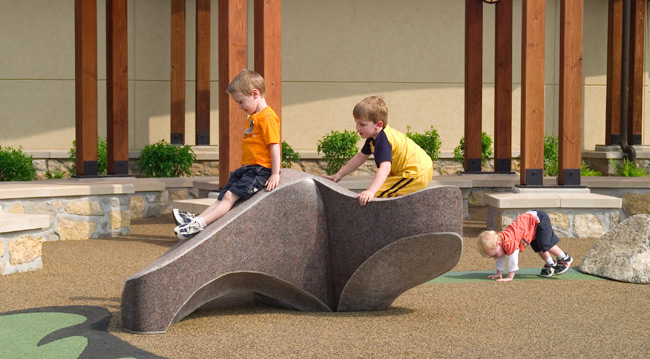 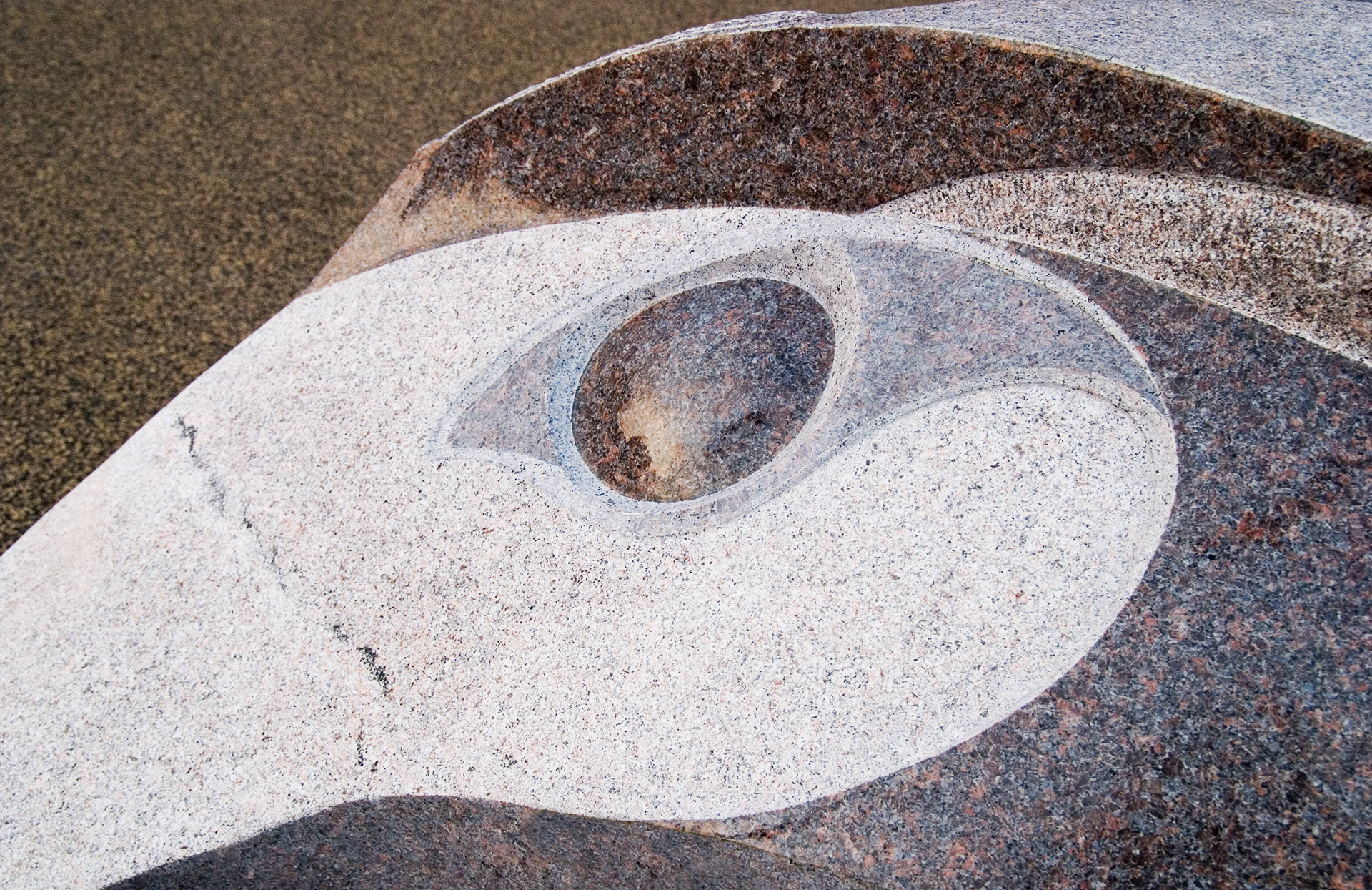 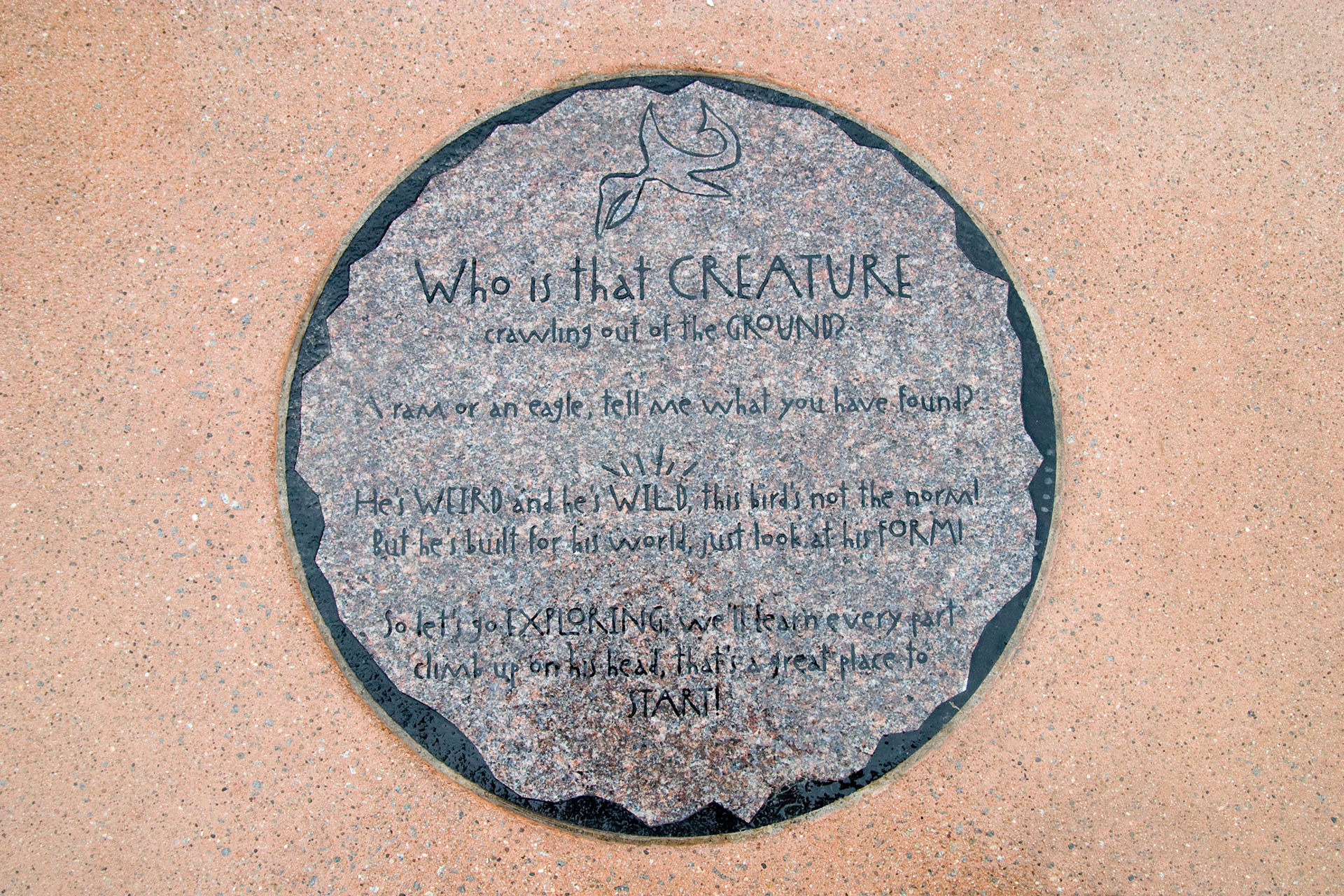 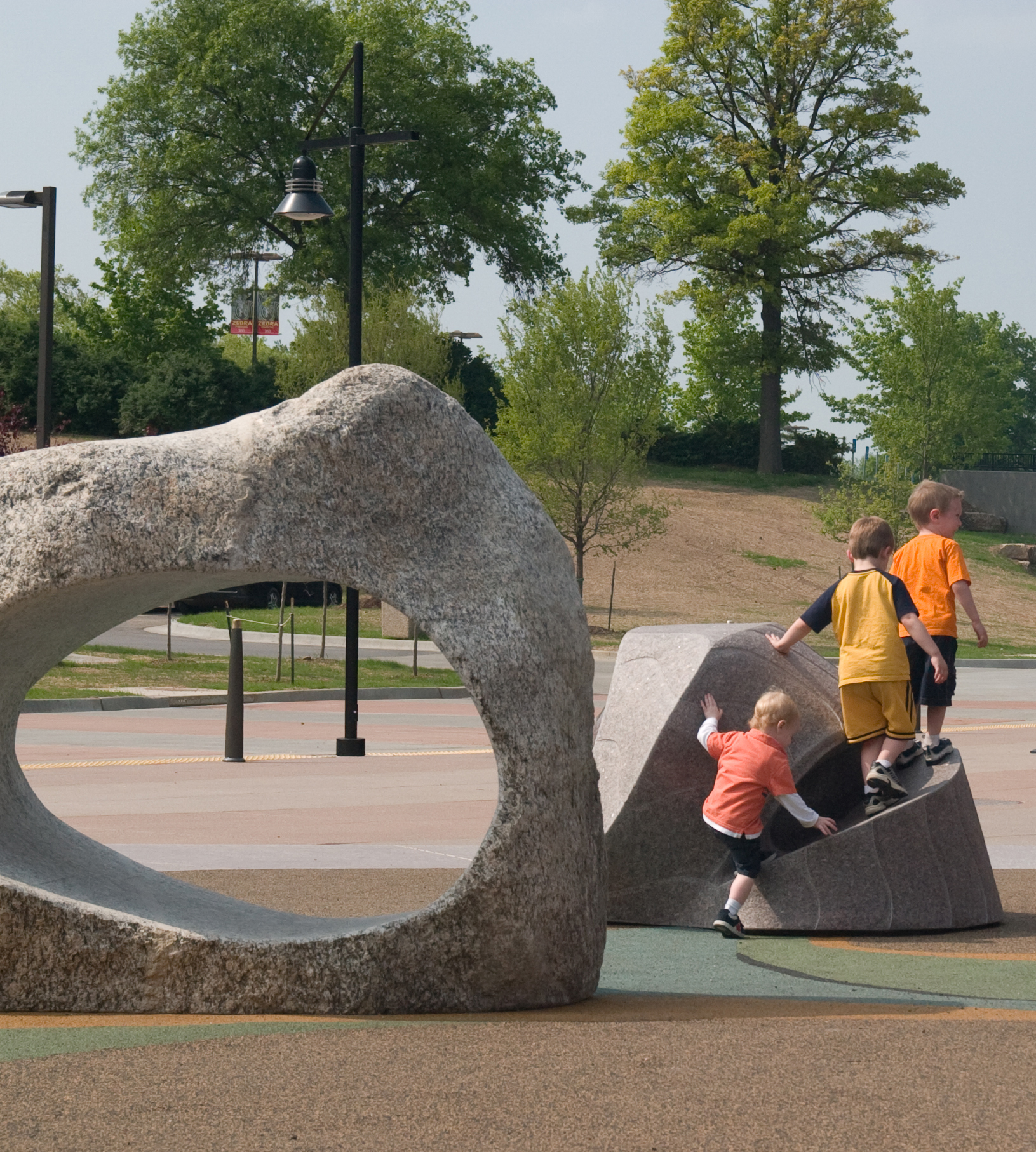 A five piece granite sculpture of an imaginary creature named Sam greets visitors at the Kansas City Zoo. The sculptures represent Sam's head, belly, spine and tail, with the rest of his winged body colorfully outlined on the rubberized play surface. With the beak and wings of a raptor, the horns of a ram, and a dolphin-like tail, Sam poses a fascinating question: what kind of environment might this unusual animal inhabit? The question is at the heart of the Zoo’s educational emphasis on biological adaptation. A series of stone plaques installed around the play area are engraved with an original poem that guides playful inquiry. Play area 30′ in diameter. Head sculpture: 8’x5’x4’.

Strange Sam was created as part of a renovation of the Zoo's main entrance, a project undertaken to establish a more inviting environment for arriving visitors. The art itself was expressly designed to introduce children and their families to the Zoo's main educational focus of biological adaptation. As kids clamber over Sam's head, crawl through his belly, and slide down his tail, they ponder the kind of environment that would make a suitable home for an animal like Sam. The art installation creates a play and gathering space that instantly engages children and their families as they arrive at the Zoo. Because it is outside the fee area, it also creates a bridge to the surrounding park, offering fun and learning even for those not entering the Zoo itself.

I worked closely with Zoo education department in designing public art that would use play and active inquiry to make the concept of biological adaptation accessible to children and their adult companions. Because the art was part of a larger reconfiguration of the Zoo entrance, I also collaborated with the design team and coordinated the installation with the construction contractor.