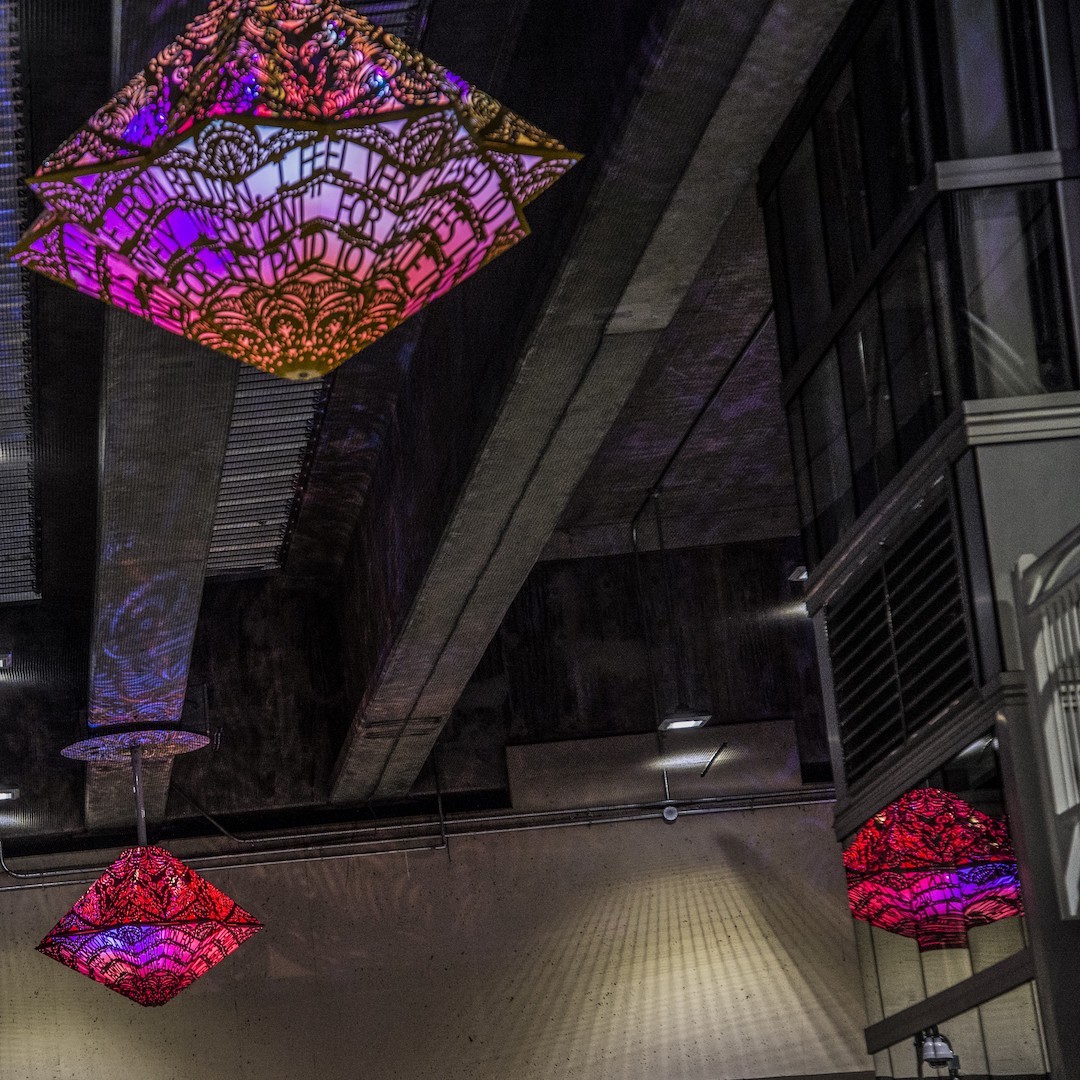 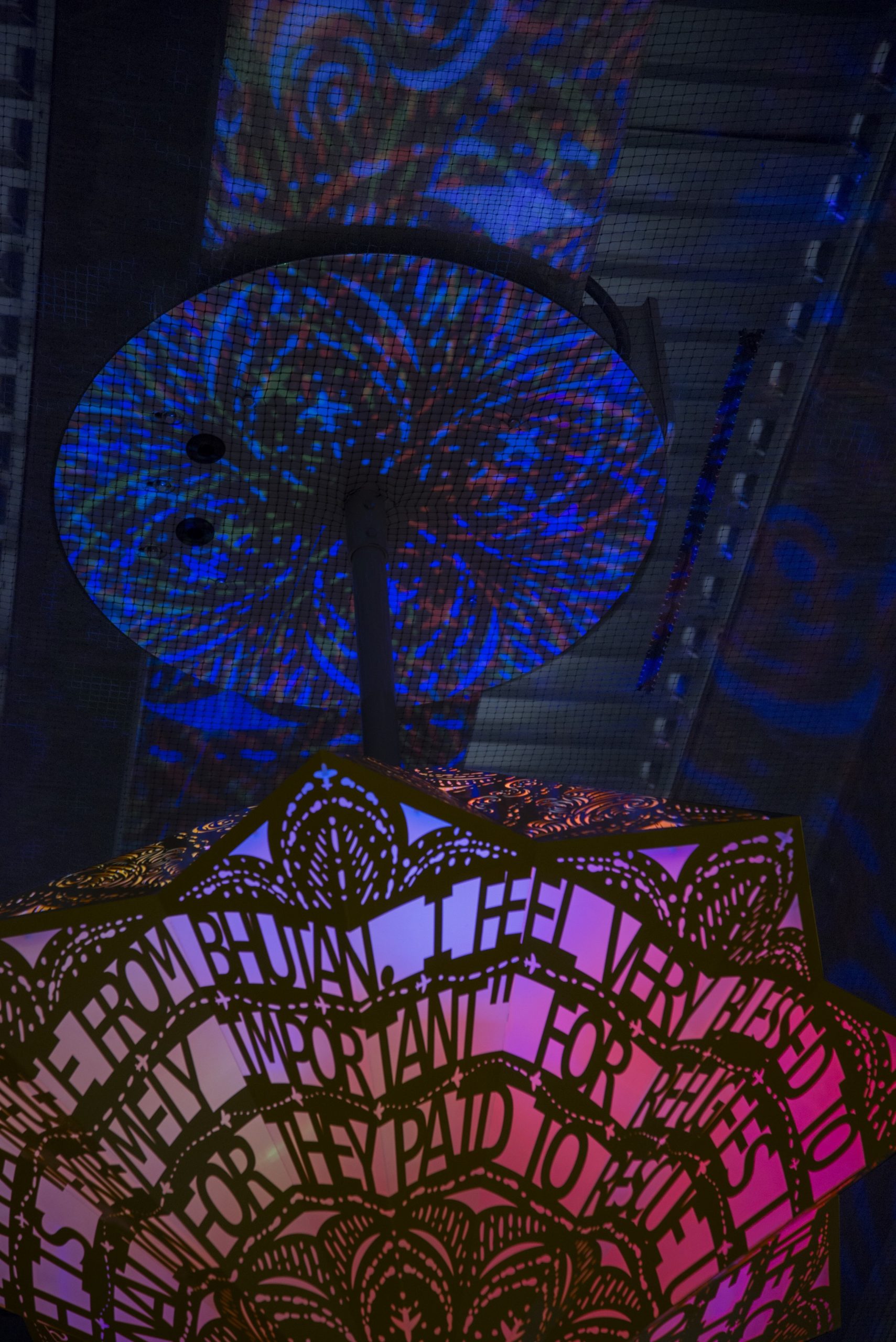 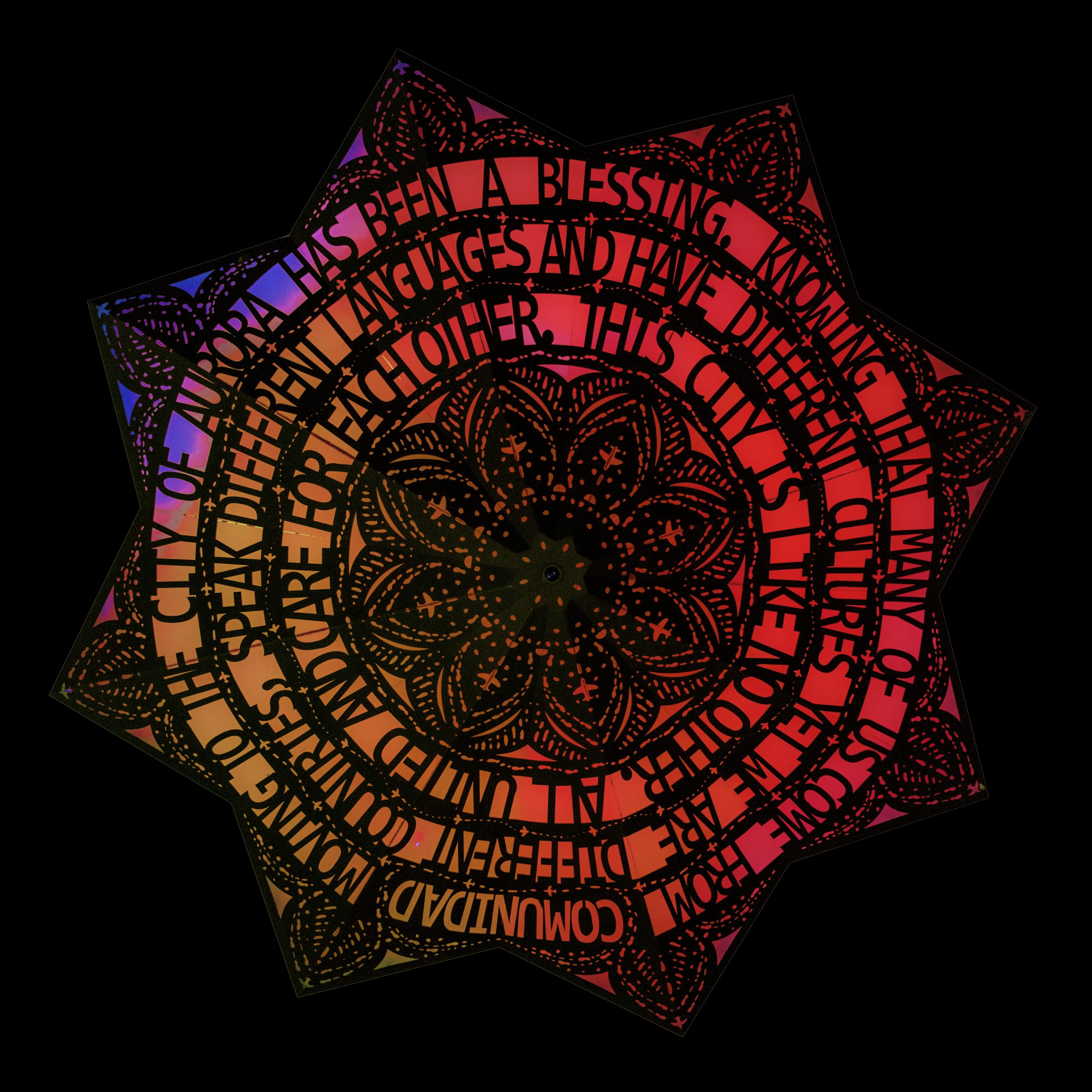 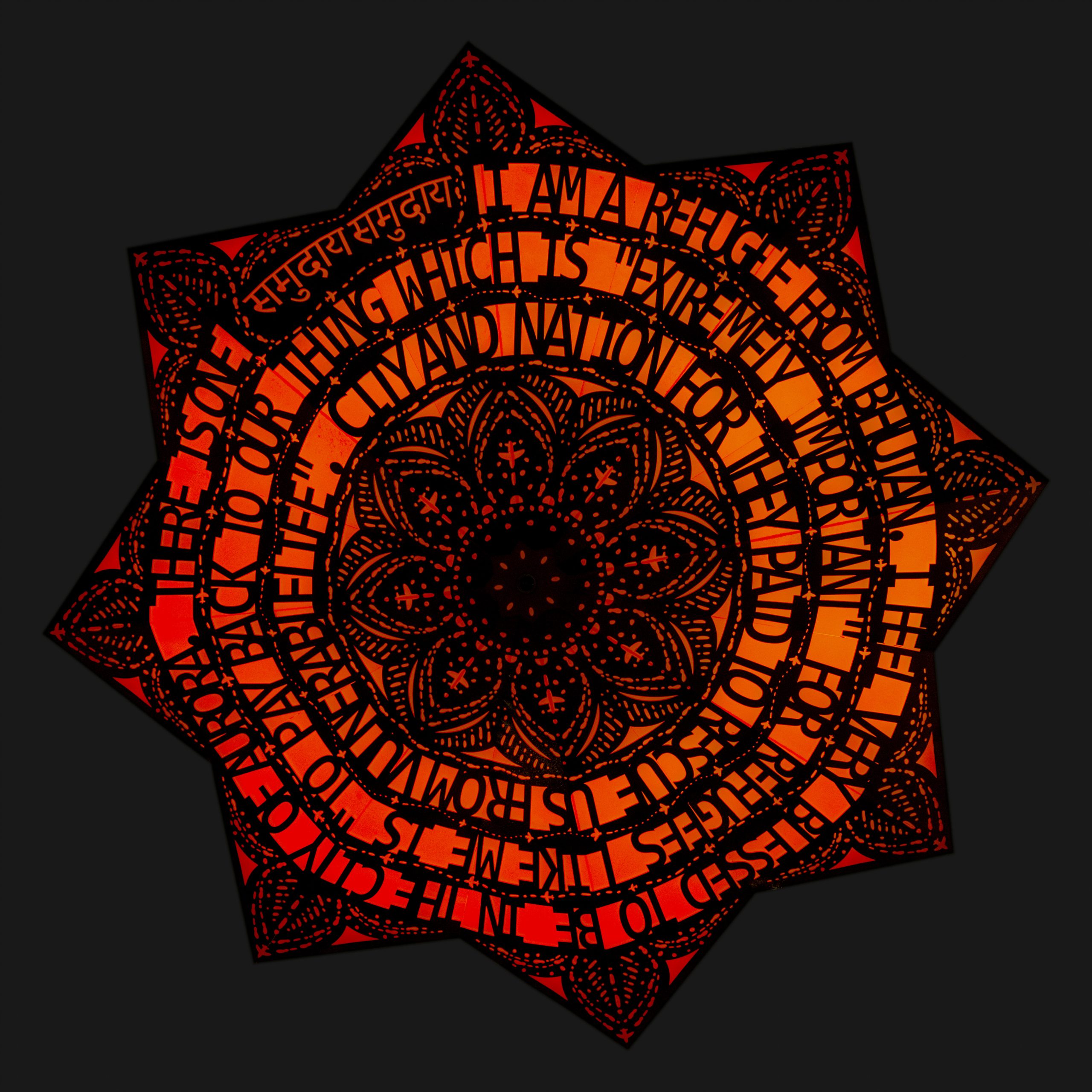 Client: City of Aurora and the Regional Transportation Destrict

Stories Interweave is a series of eight colorful lanterns suspended below a light rail line that passes over historic Colfax Avenue in the area. Each lantern features the story of a recent immigrant or political asylum seeker who has settled in Aurora. At night, light from the lanterns project patterns of movement up onto the structures above where the light from adjacent lanterns mixes together.

Aurora has a tremendous number of immigrants. There are over 90 languages spoken in the schools. This project was designed to increase awareness. It features the stories of seven immigrants along with the words of a long-time Aurora resident. Each lantern tells one story and includes the word Community in that person’s native language.

There were a number of physical constraints associated with the project that made a suspended light-based piece almost a necessity. The artist wanted the pieces to activate areas larger than themselves and so designed computer-controlled point-source lighting in each lantern to project patterns of movement and flux onto the underside of the structure above.

The art on the R Line began as a collaboration between the city of Aurora (COA) and the Regional Transportation District (RTD), combining funding, developing an overarching concept (Color, Light and Motion), and working together to select artists.
This was a very collaborative project. The idea of using immigrants own words came from Meg Allen’s fantastic Stories of Integration project. Meg interviewed all the immigrants featured in this piece, and is a COA Neighborhood Services staff member. All of those who shared their stories are partners in this project. Several people at Creative Machines including Adan Banuelos, Emily Cole, and Chrissy McMillan contributed to the three-dimensional design, two-dimensional drawings and text layout of the lanterns. Jonathan Katz and Mik Garrison programmed the color-changing lights to suggest waves of movement.

This project was begun in 2014, before immigration became such a political issue in America. This project captures the diversity of this community.