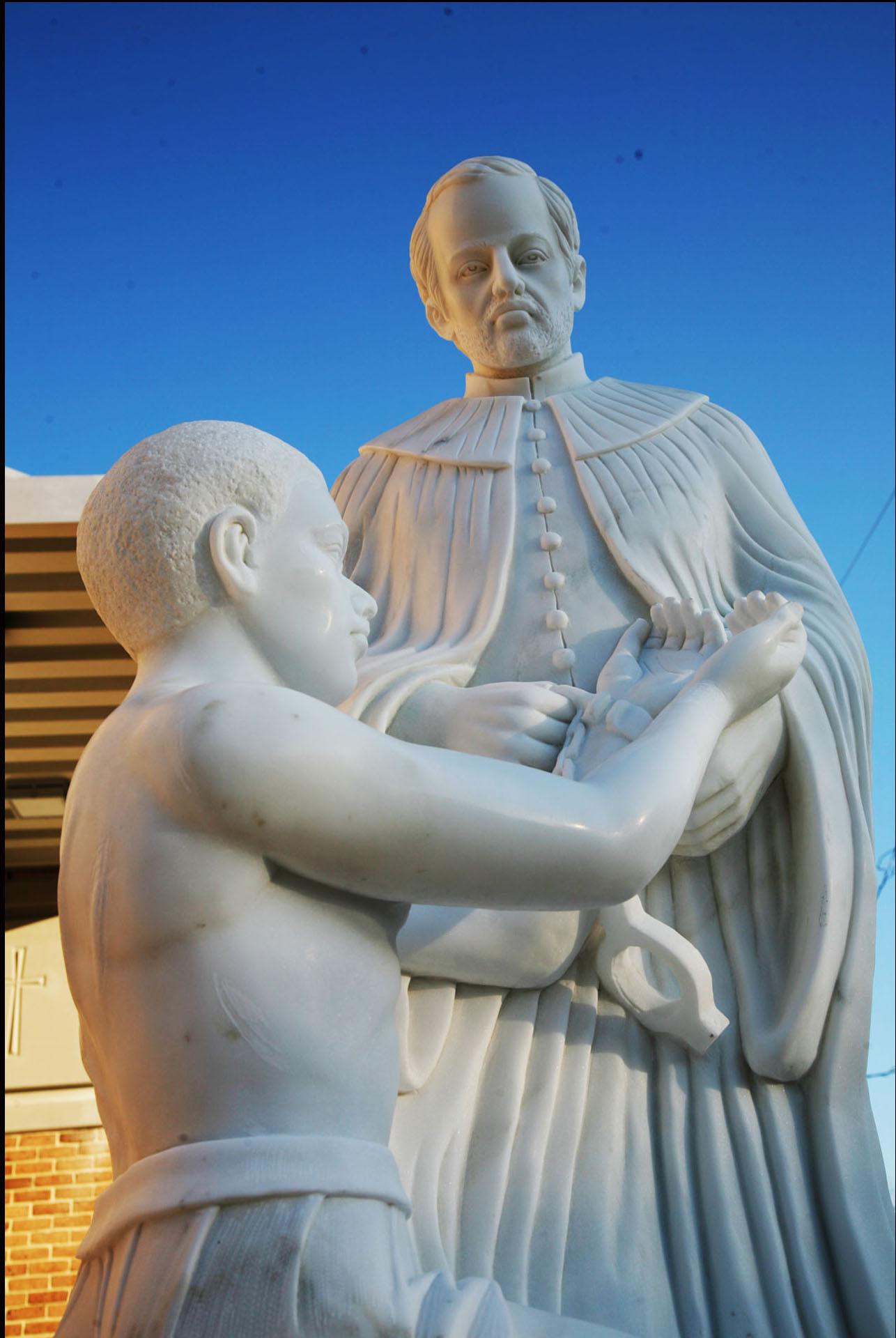 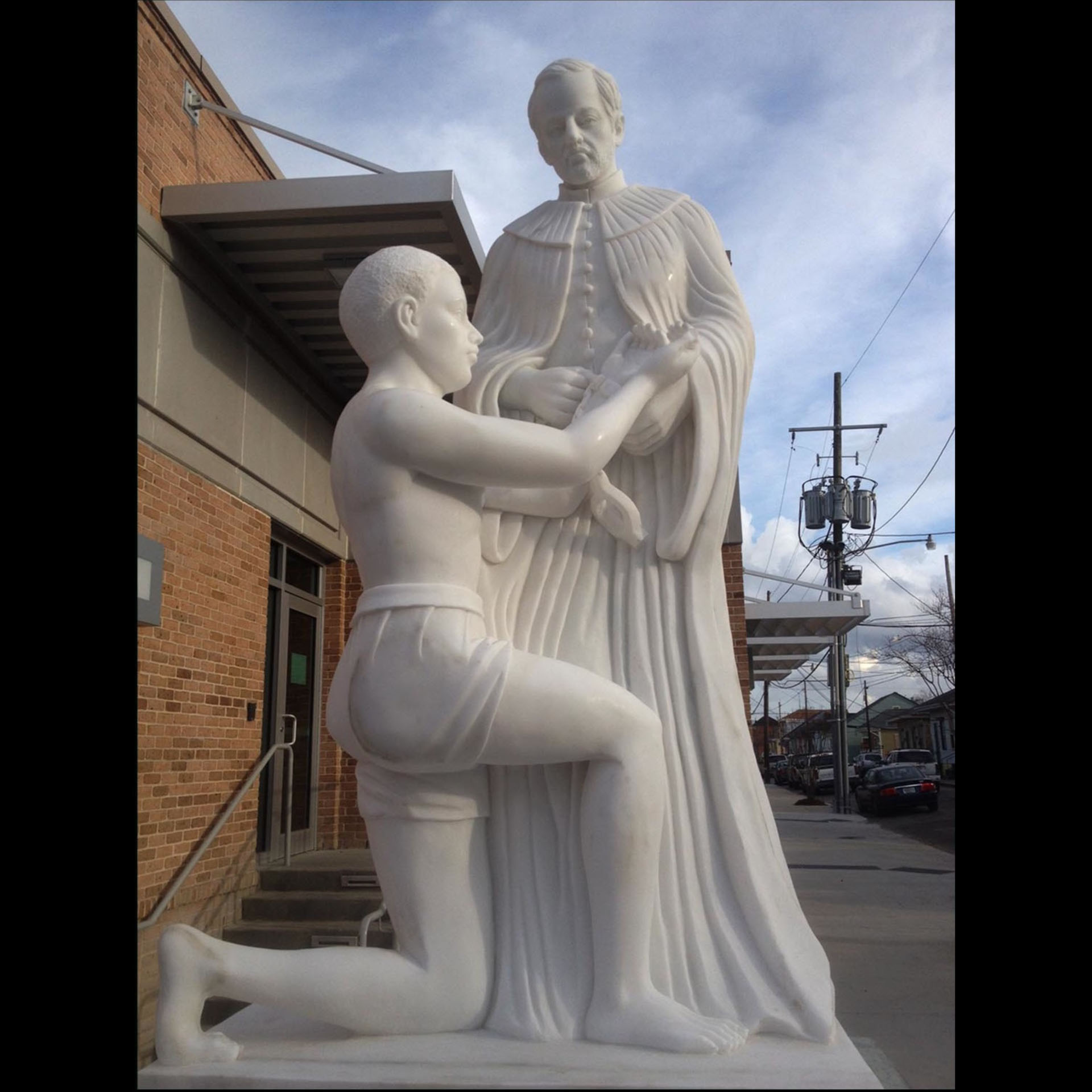 St. Peter Claver, patron saint of slaves is depicted in carved Hunan Marble unshackling a slave during the 16th century. This depiction was inspired by stories of St. Peter Claver visiting slave ships to care for sick and dying slaves.

The late Father Michael Jacques and The Archdiocese of New Orleans wanted to present Saint Peter Claver and tell a side of his story that is not known. I chose to reflect on Saint Peter Claver's need to unshackle slaves for medical treatment.