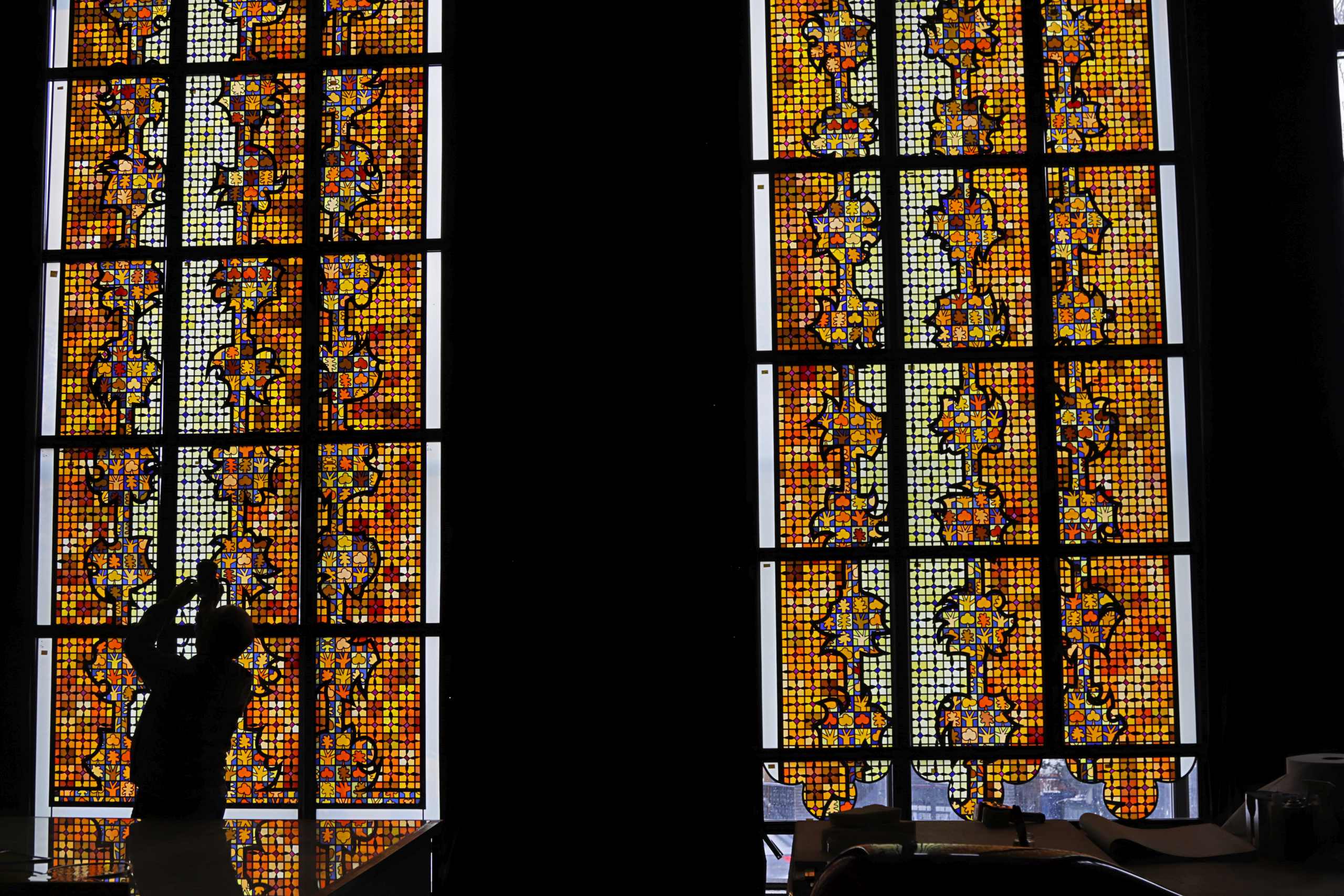 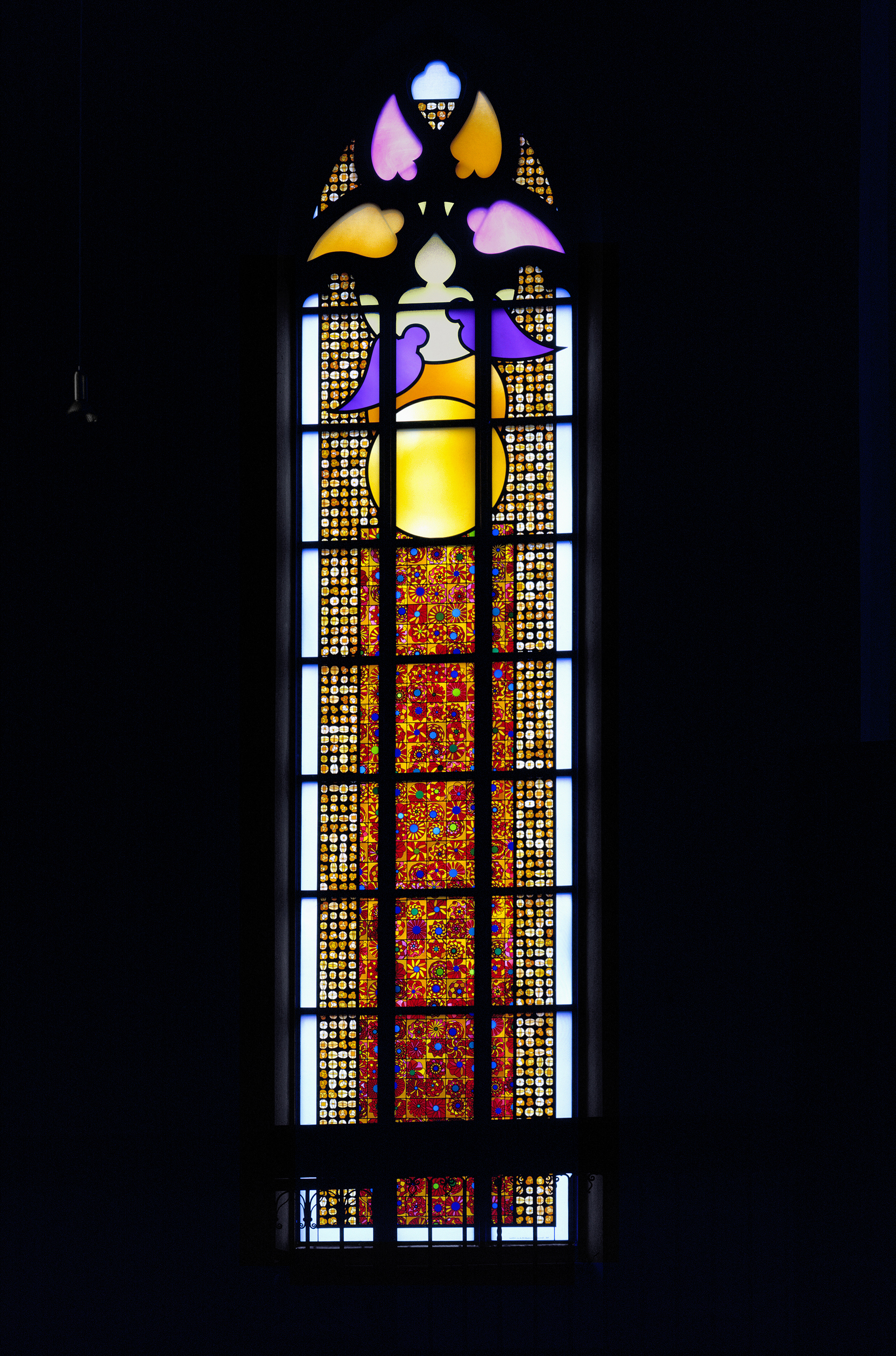 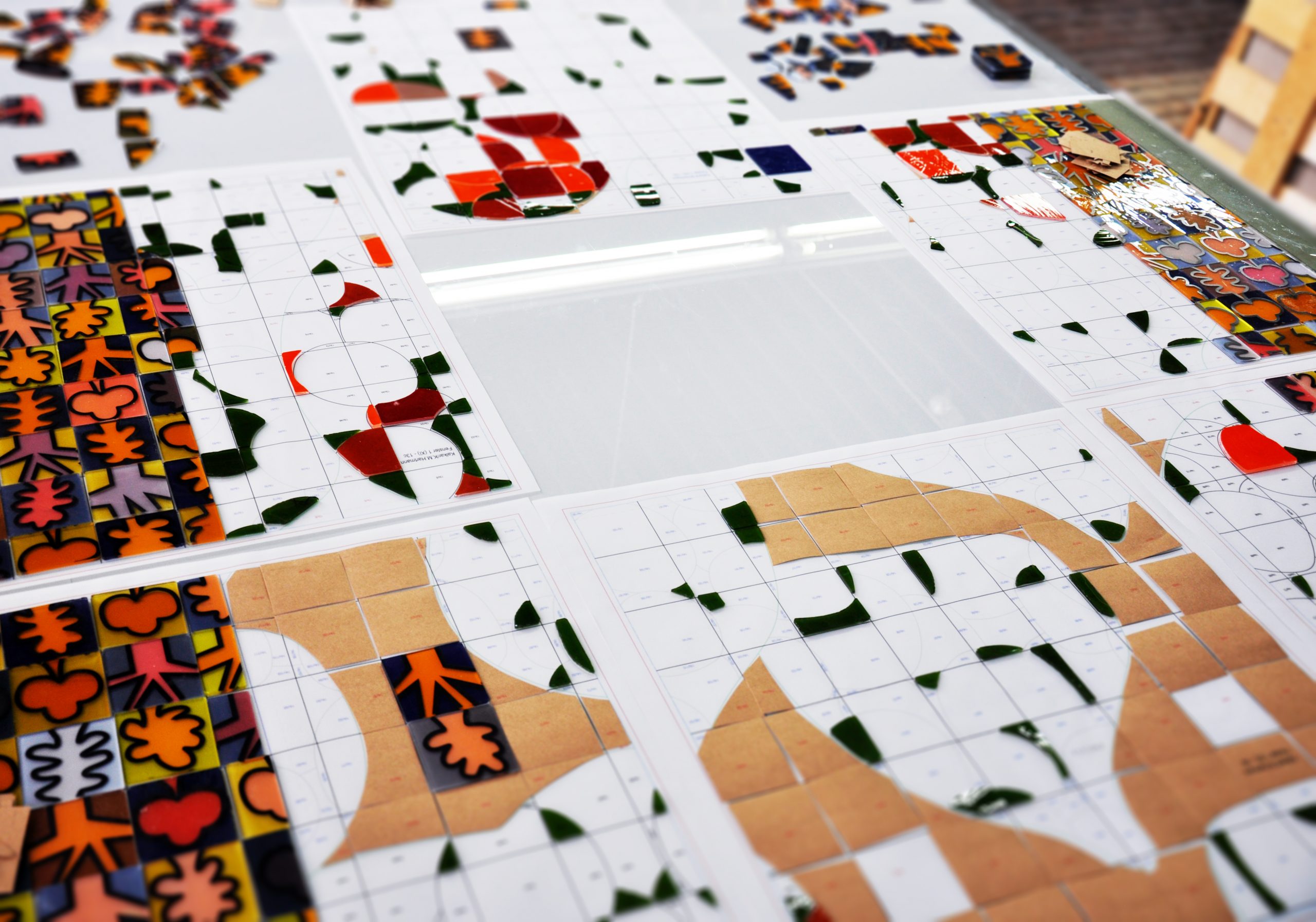 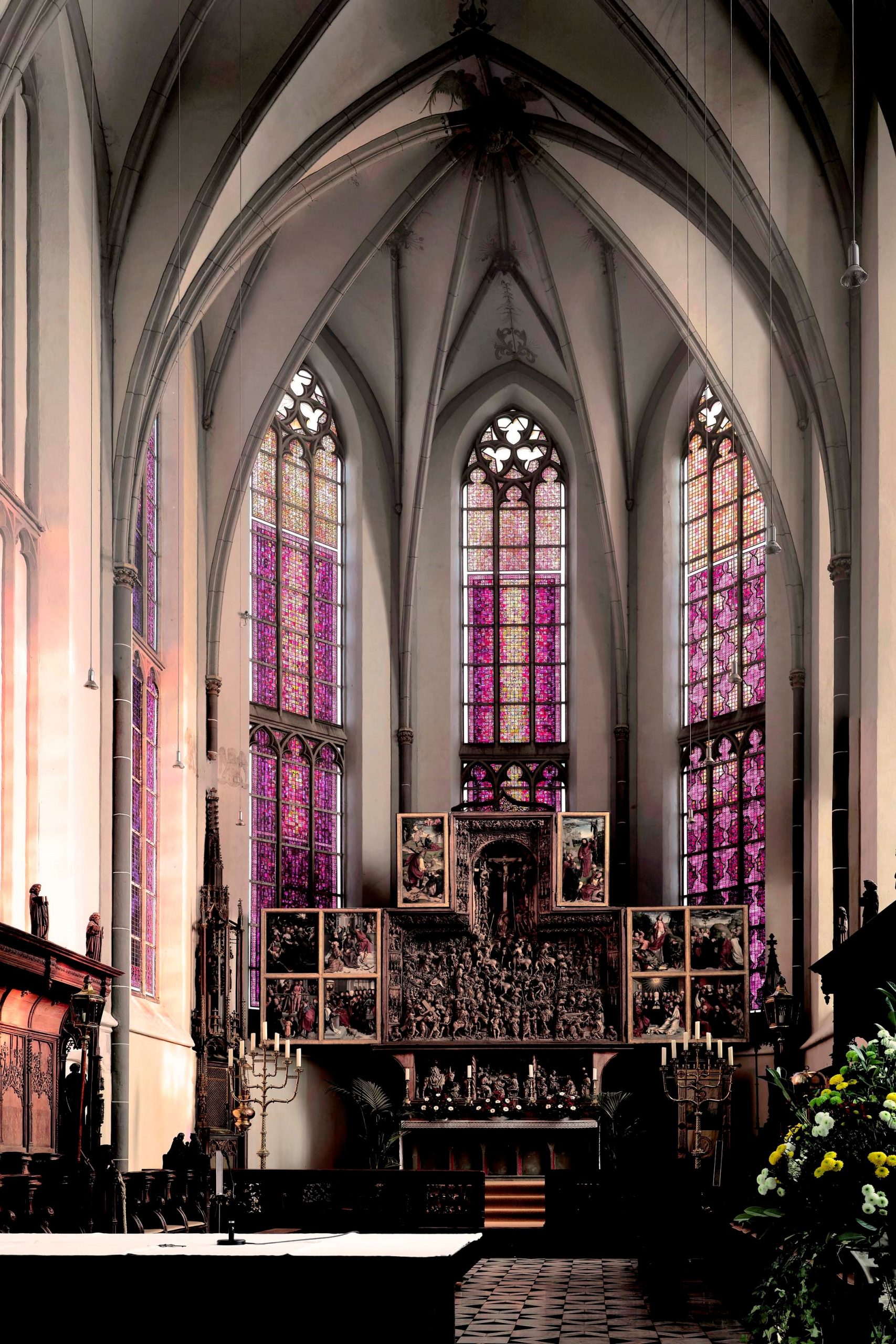 A monumental window cycle about to be completed: In 1998, German artist Karl-Martin Hartmann was commissioned to design 22 windows for the Catholic church St. Nicolai in Kalkar, Germany – one of the largest post war commissions of its kind. Fabrication was split in many individual construction stages, the first beginning in 1998. To date, 18 windows have been installed, two new ones are dedicated at Pentecost 2019.
Hartmann’s windows are a perfect union of contemporary design and traditional artisanry, illustrating beautifully the interplay of glass with light and color, and its power to transform the atmosphere of a building.

At the time Hartmann was asked to make a design for St. Nicolai, the windows of the late gothic church were clear, installed after the destruction of the original stained glass in World War II. As his theme, Hartman chose the “Manifestation of divine light”. Selecting strong and vivid colors, he aimed to alter the light situation inside the building and with it, it’s atmosphere. His distribution of color within the different windows acted to dim the already darker north side of the church, placing a focus on the grand, now glowing windows of the choir. The mysterious and atmospheric light situation didn’t only benefit the general mood of the building, but also the valuable historic altars, for which the church is widely known. Receiving strong back light before, the mild light of the church space now allows to view them without a glare.

Artist Karl-Martin Hartmann studied Biology and Physics before dedicating himself to the arts. His scientific background inspired his vision for St. Nicolai. The structural and thematic origins of his design are rooted in physical principles: Descriptions of human creation with references to the present, Feynman diagrams and Hubble photographs: The artistic interpretation of such depictions as well as Hartmann’s cheerful, free forms are meant to inspire the visitors’ own associations and imagination.
To translate his highly contemporary design into glass, Hartmann used high quality materials and a variety of traditional techniques: He chose only opalescent hand blown glass from the German glass manufactory Lamberts, as he felt it was the most visually and emotionally compelling and interactive material. At Derix Glasstudios in Taunusstein, artisans then acid etched the glass, screen printed contours and airbrushed layers of vitreous enamels which were fired into the glass. Afterwards, the glass was cut and leaded. Hartmann’s intricate ornaments consist of up to 350 glass pieces per field, accumulation to more than 15,000 glass pieces per window.