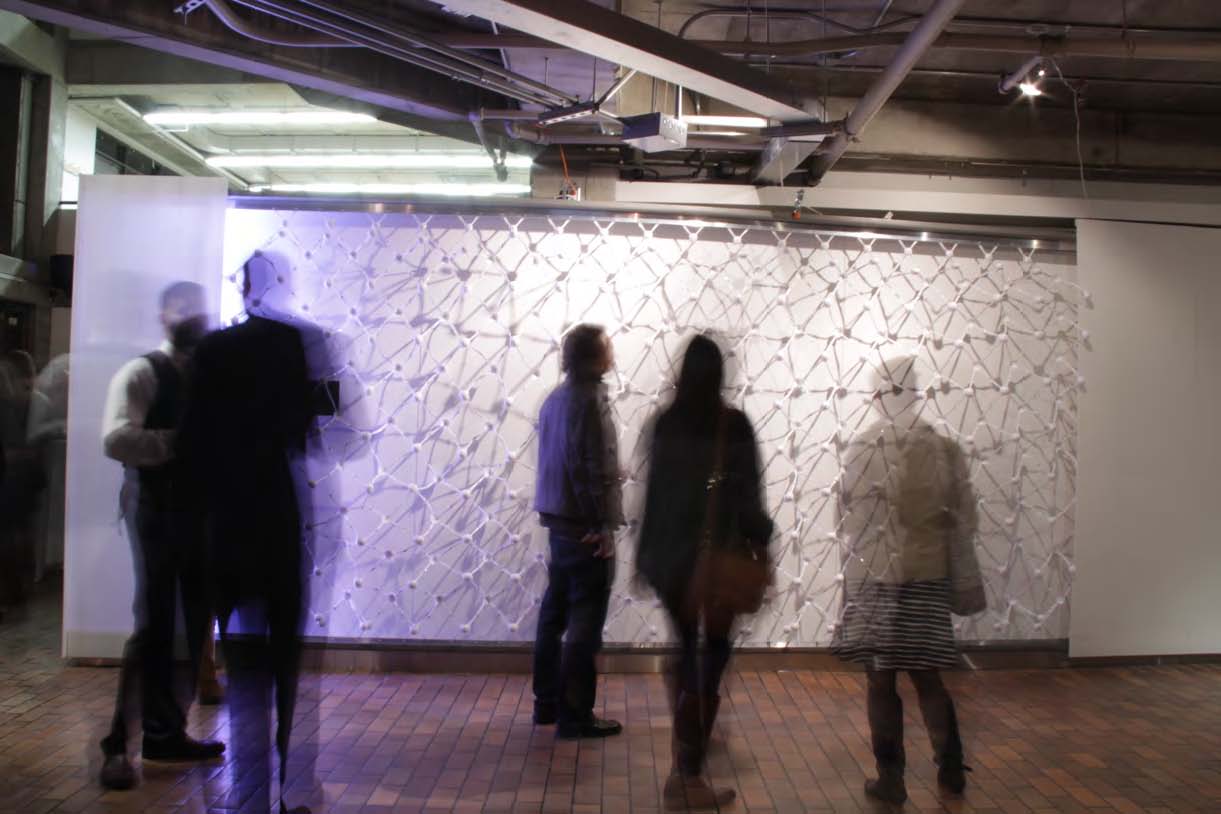 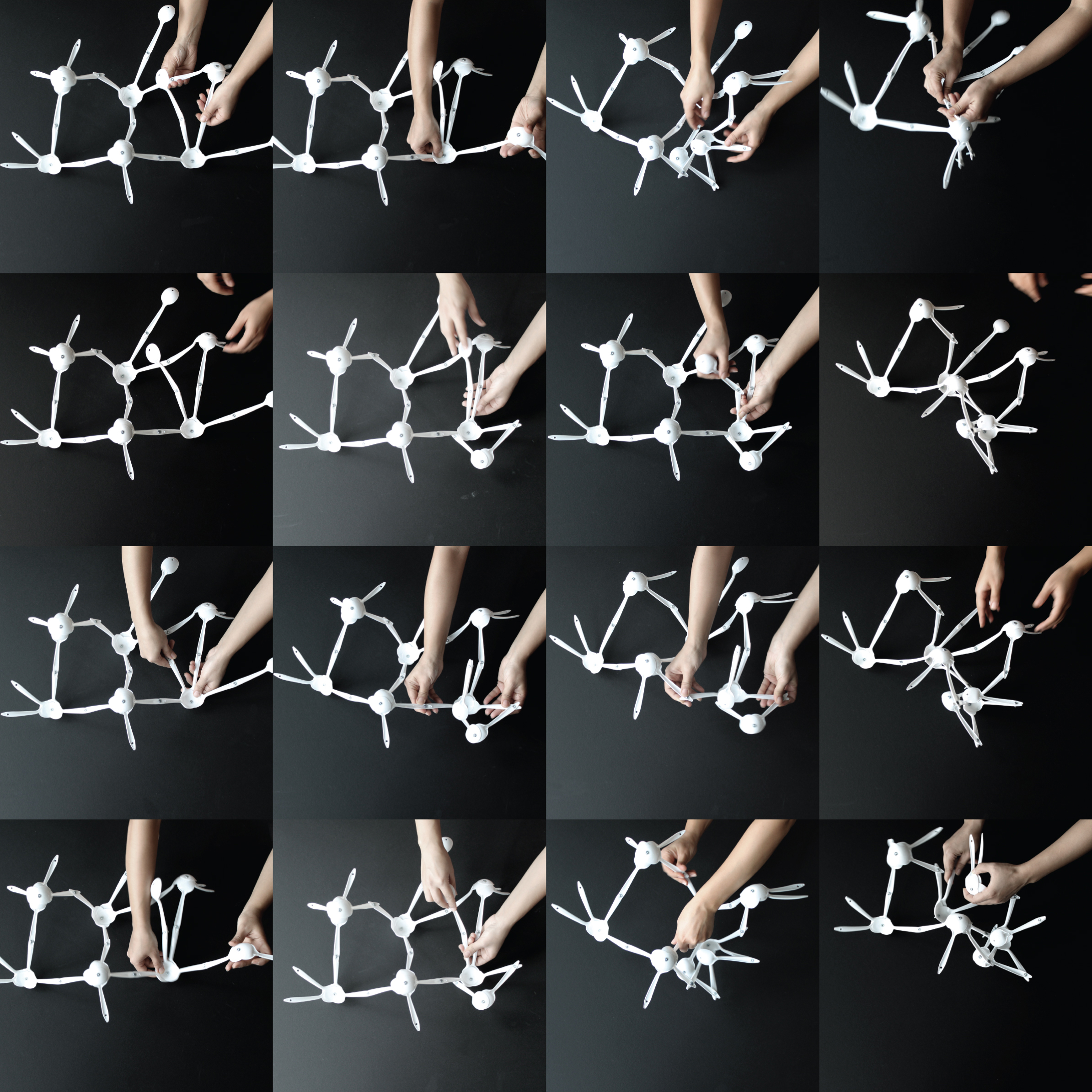 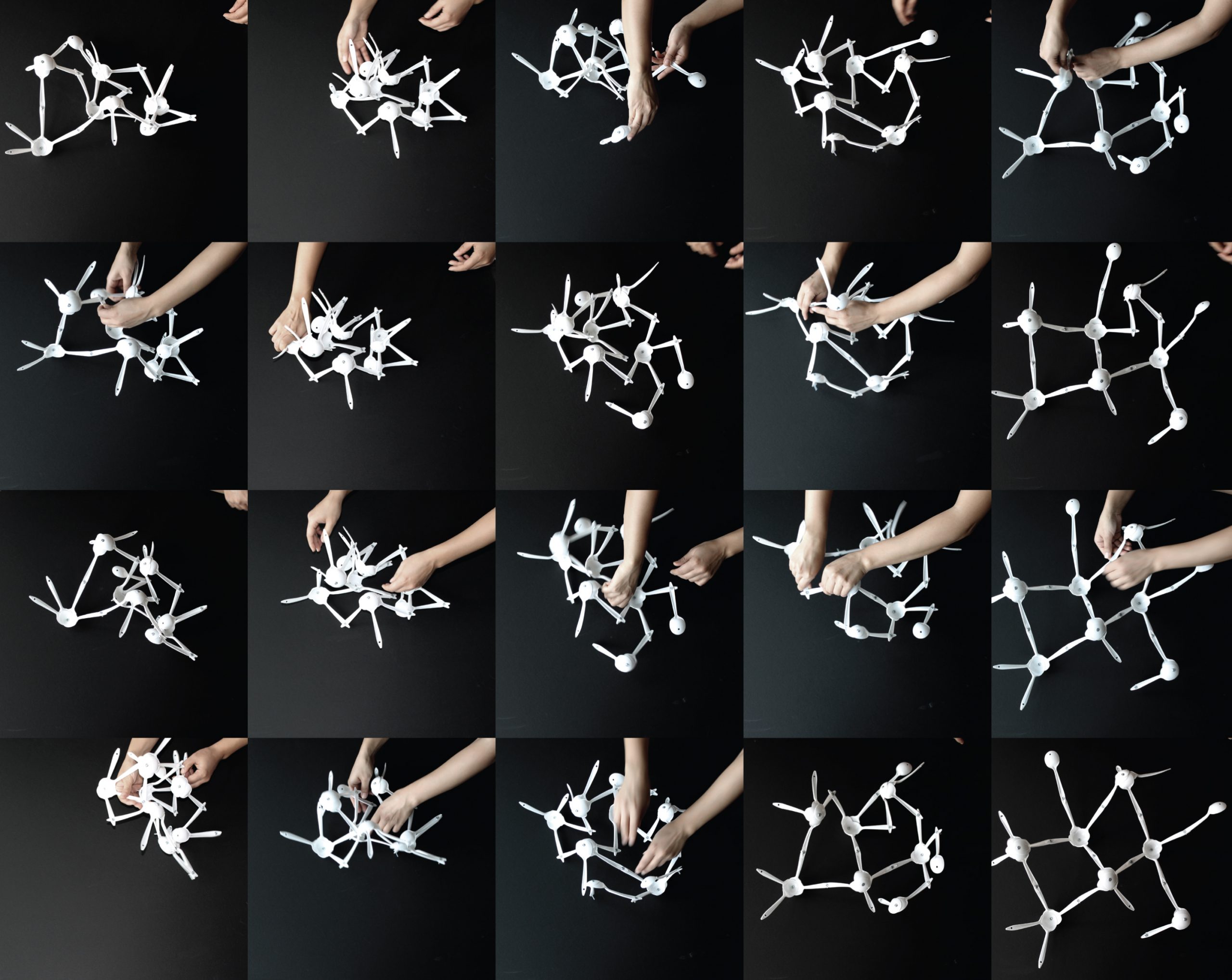 The Spoon Wall 2.0 works as a temporal layer superimposed on the existing urban tissue to increase public engagement with and within the city. SW2.0
is an interactive vertical matrix made of disposable plastic spoons assembled as a morphogenic system that, not only represents the image of the sociopolitical
transparency of our hyper-connected society, but manifests it by giving social agency to those who engage directly with the physical artifact.

In this environment, the architect acts only as the initiator of a spatial decision-making process which invites the public to participate in the constant transformation of the architectural element through their active engagement. Individual spoons can be rotated around their axis, causing a ripple of effect to ‘morph’ the interconnected system through a process of deformation. The ubiquity of the plastic spoon as a building block of a system analogous to the often devalued social
exchange mediated through technology invites an empowered interpretation of the most commonplace. Through technology, we can transform everything into anything and with active participation, the SW2.0 can turn into a new wall every day.

SW2.0 got introduced as the first installment of the feature wall at school of architectural science of Ryerson university. The artist, at the time a recent graduate of the school, got engaged in the project by the dean of the school in a very short period of time before Paul H. Cocker Architecture Gallery opening in October 2013. The original feature was behind the schedule was not ready to be done by the opening date. The design and execution time was extremely short, about 15 days, and due to the substantial budget of the initial wall still in fabrication, the budget was very minimal(about 500$). With collaboration of a team of volunteers, the wall got installed on time and on budget.The feature wall was supposed to get replaced in about six month but got exhibited for more than a year.

Spoon wall worked as a vehicle to engage architectural students to participate in spatial decision making process. A wall which is usually just a neglected vertical surface defining the spatial boundary became a conversation starter for students both literally and metaphorically. Due to the resilient nature of the plastic spoons and simple connection, the wall lasted through significant modification by the students. The width and geometry of the wall changed constantly. More than 1800 disposable plastic spoons drilled in five different types and about 2000 nuts and bolts shaped the three by eight meters wall.