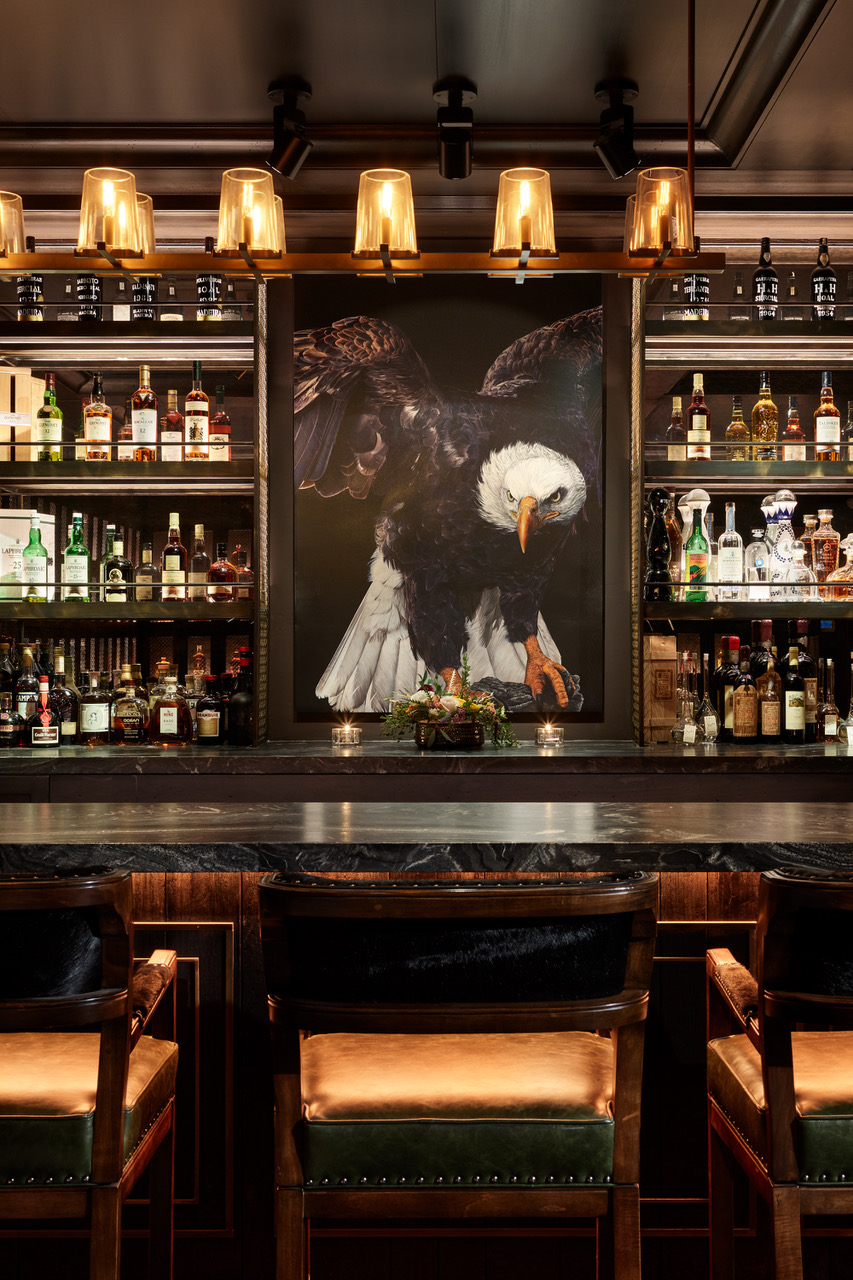 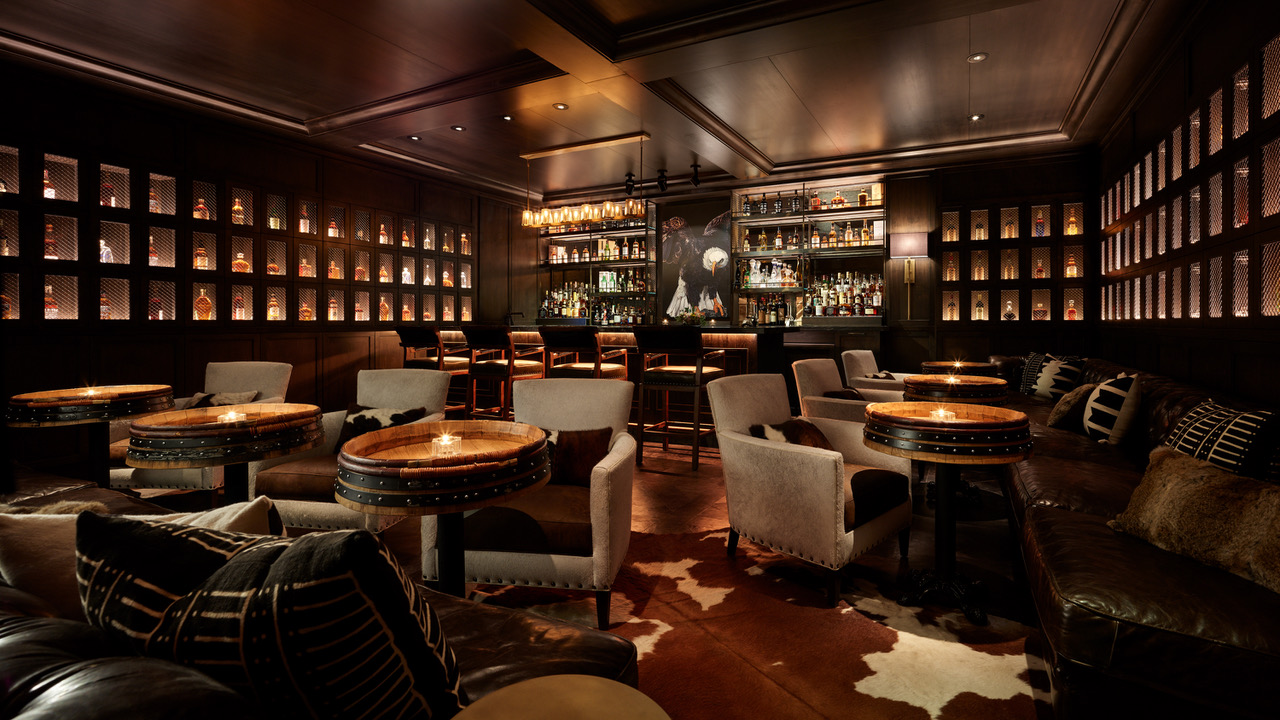 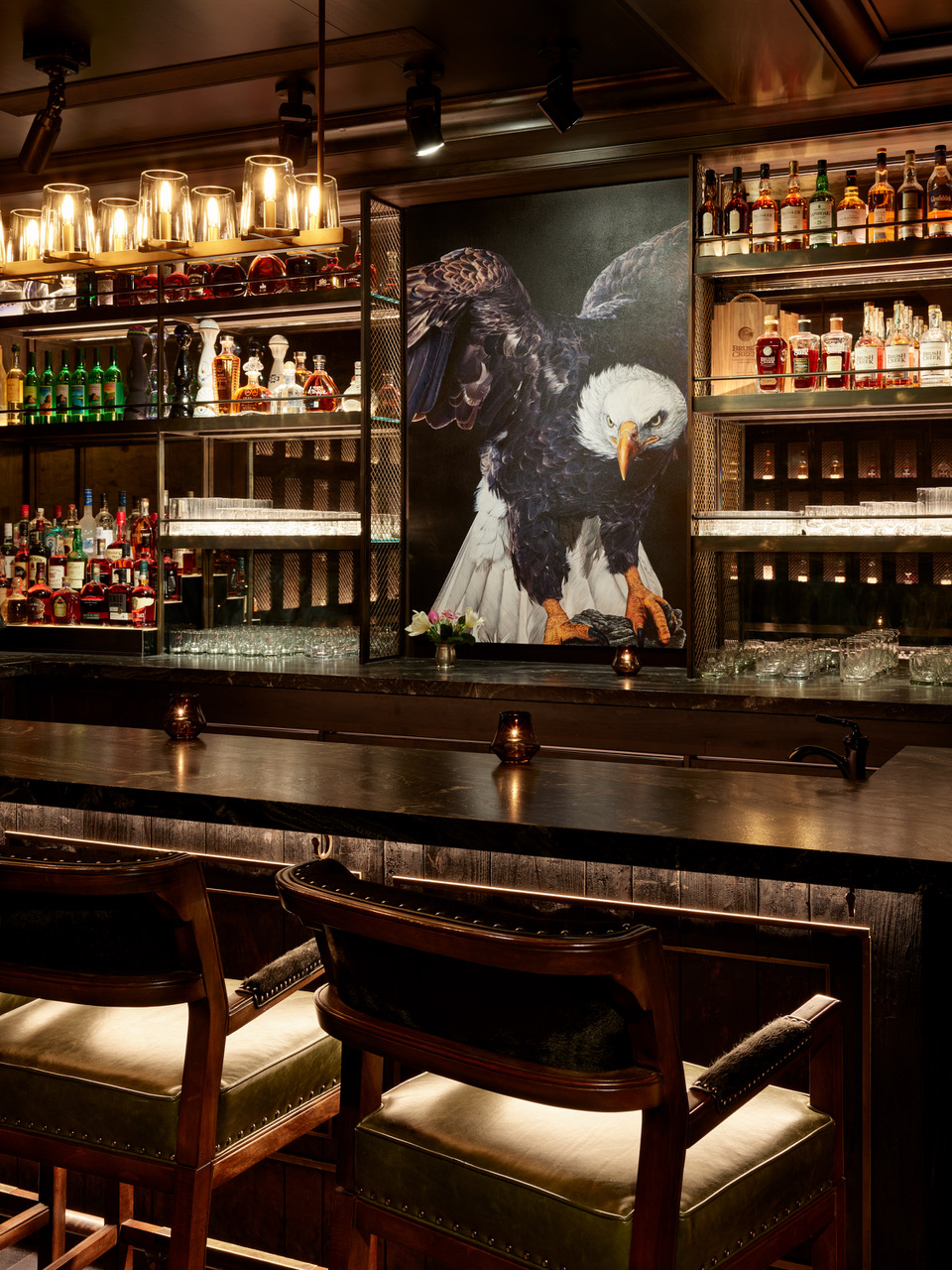 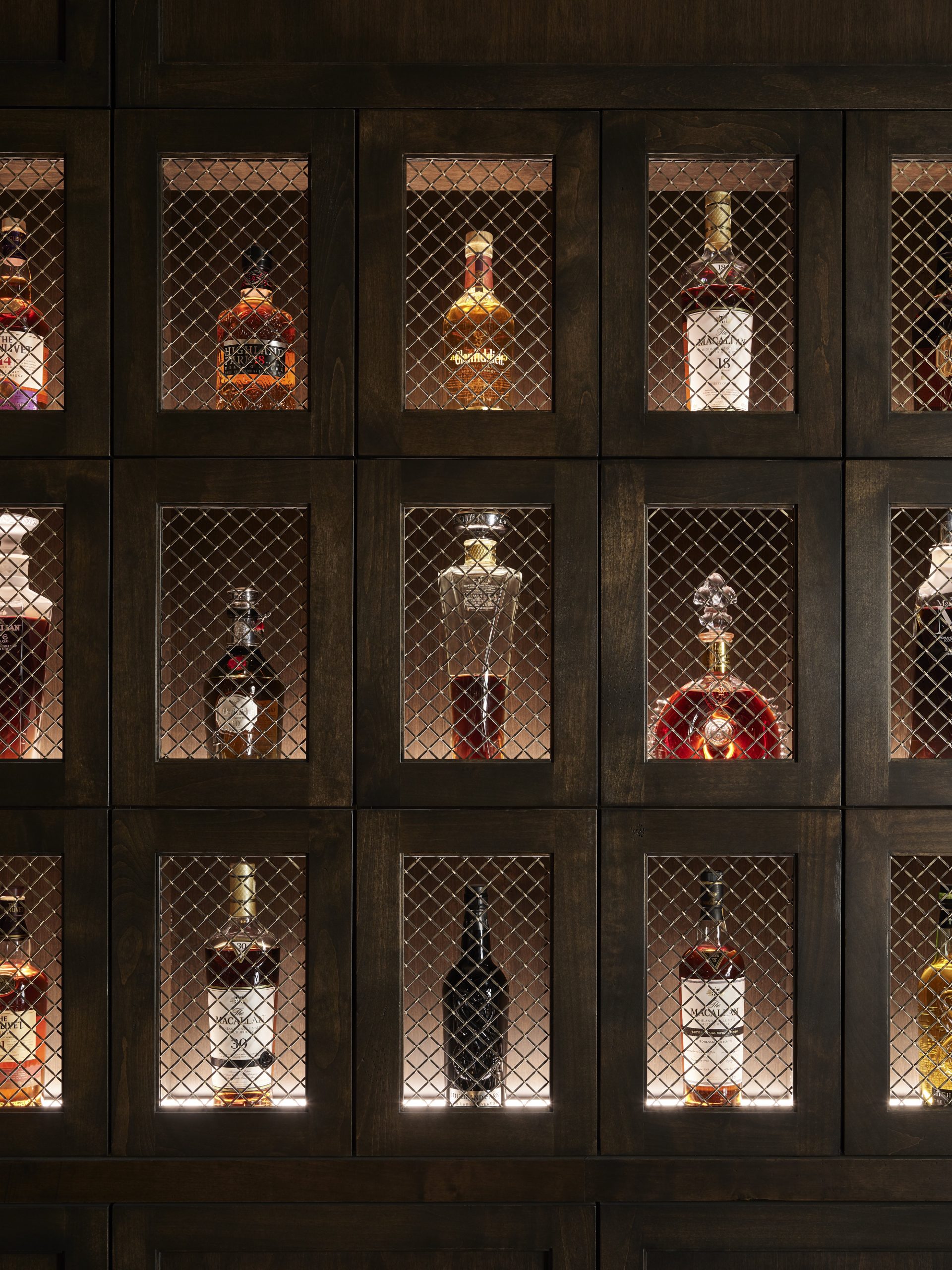 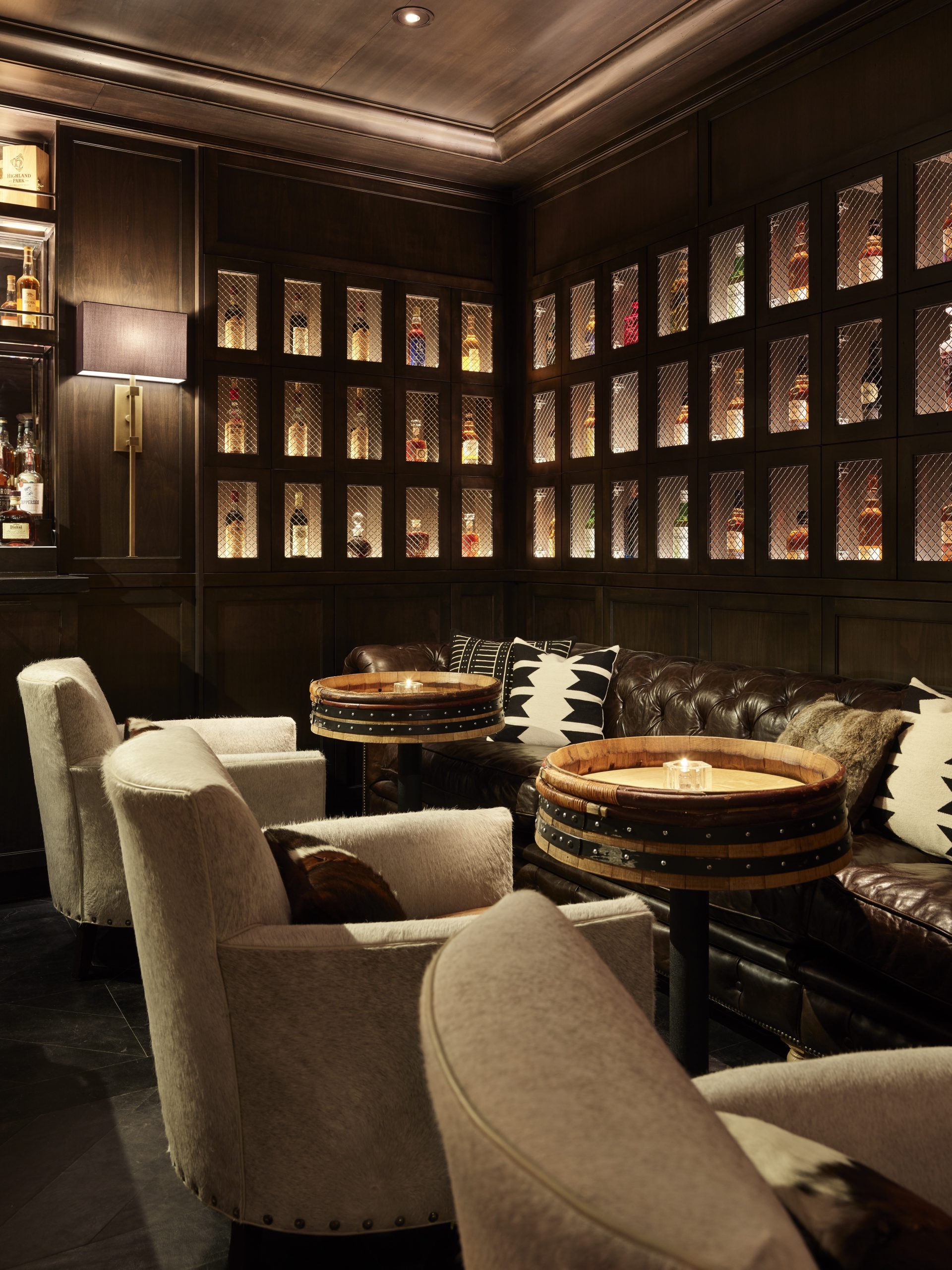 This 45-inch by 64-inch mixed media art piece includes an intricately detailed carving of the American Bald Eagle etched carefully into leather. To highlight the intricacies of this etching, the artist detailed the piece with oil paint to bring life and color to every aspect of his work. This approach allowed the final sculpted leather piece to come to life, as if ready to fly off the wall of the Spirit Vault. The piece stands as a symbol in the Spirit Vault to showcase the ingenuity and creativity of the settlers of the West.

The goal for integrating this commissioned artwork by Mark Evans into the project was to have a piece that was not only reflective of the caliber of experience that a guest would be experiencing in the hidden Spirit Vault, but also speak to the overall design aesthetic of the American West Legacy. The desire from the client was to create a piece that was imaginative, unique, and showcased ingenuity, much like the settlers of the West. Integrating this piece into the back bar of the Spirit Vault was crucial in creating the luxury experience and high standard of bespoke design that this hidden liquor room dictated.

There were several long conversations between the designers, the client, and the artist about the animal they wanted to showcase on the art and the feelings that it was meant to evoke. Once the American Bald Eagle was chosen, Mark studied the animal closely. This particular animal was chosen to be etched onto leather to showcase ingenuity that the settlers of the West possessed. Mark visited a bird sanctuary with American Bald Eagles to conduct a photoshoot. He developed a style of photography that was as close to his style of leather etching as possible to really capture what the end result would be. Mark paid special attention to the light sources so that he could get the dynamic ranges with the tonality. This approach allowed the final sculpted leather piece to seem like the bird would come to life and fly off the artwork. The photographs were presented back to the designers and client, where a photo was selected that would become the inspiration for the final piece. Then the real work began with the painstaking process of etching each feather, carving the leather vellum, and finishing with paint to push certain details forward.