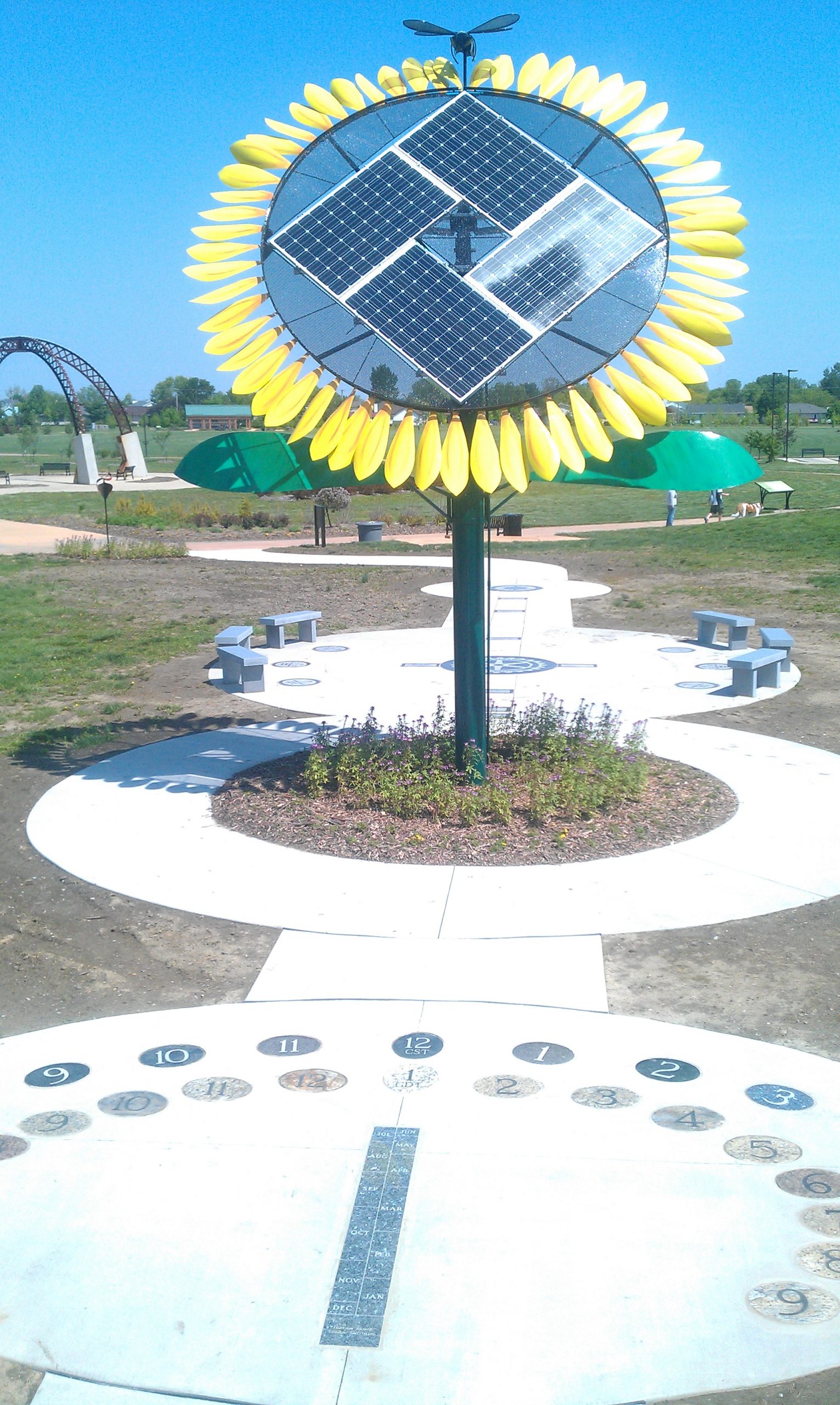 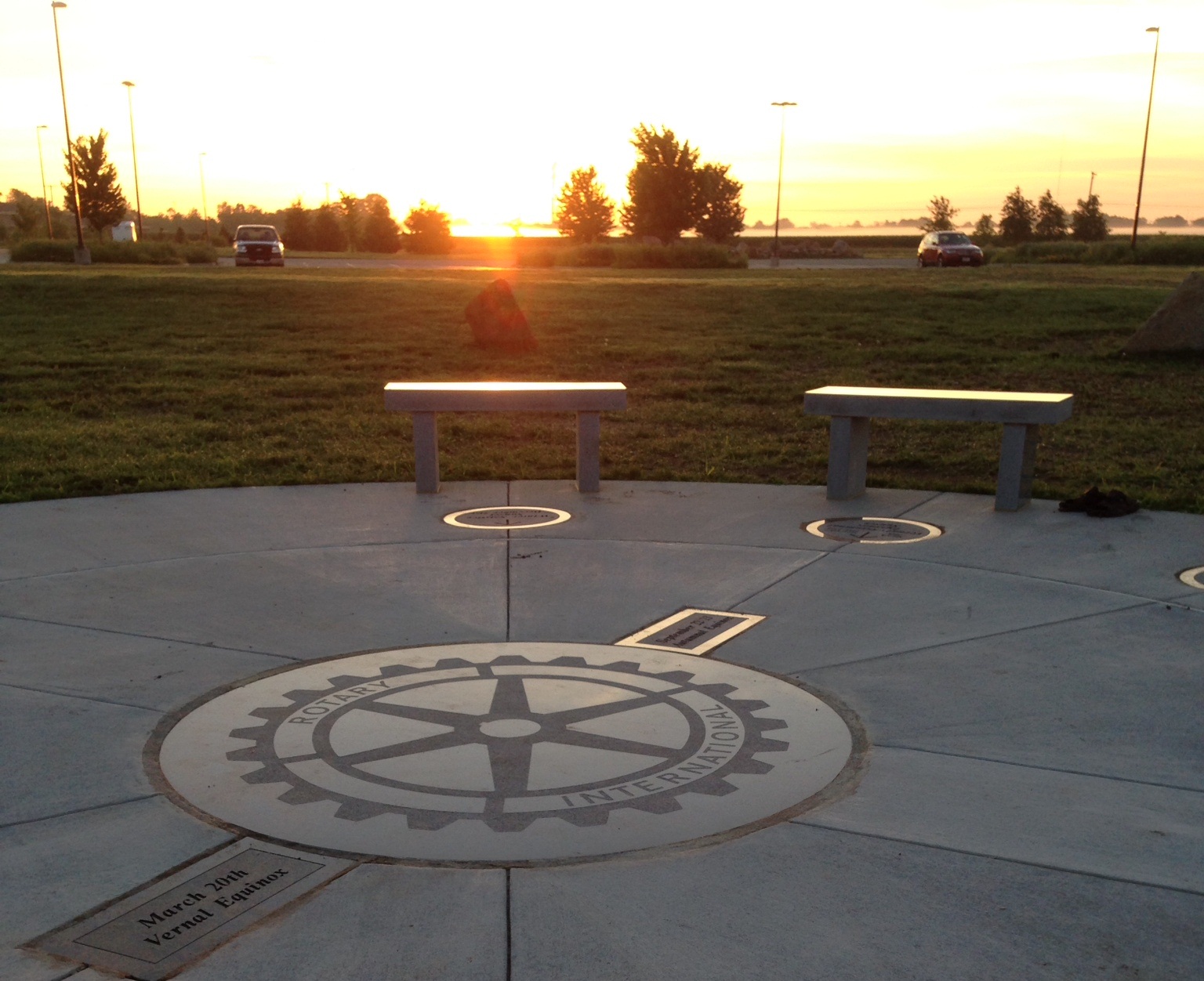 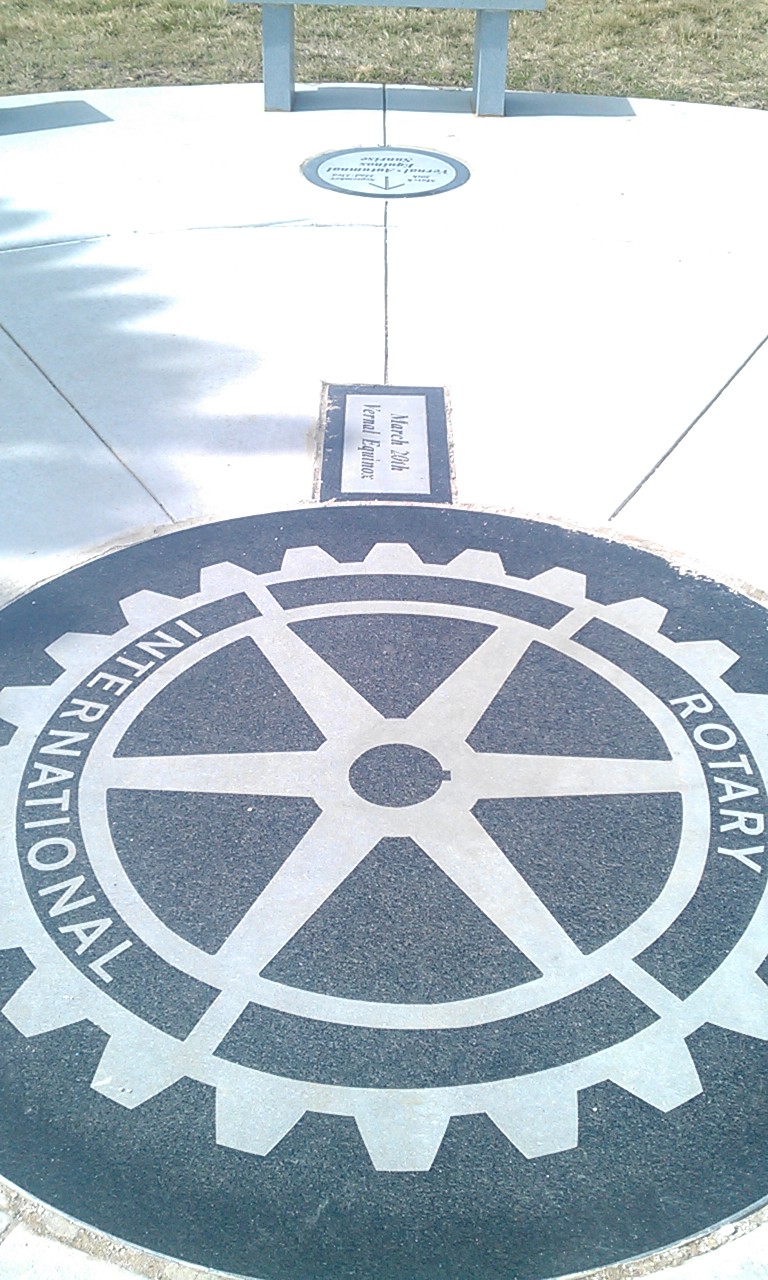 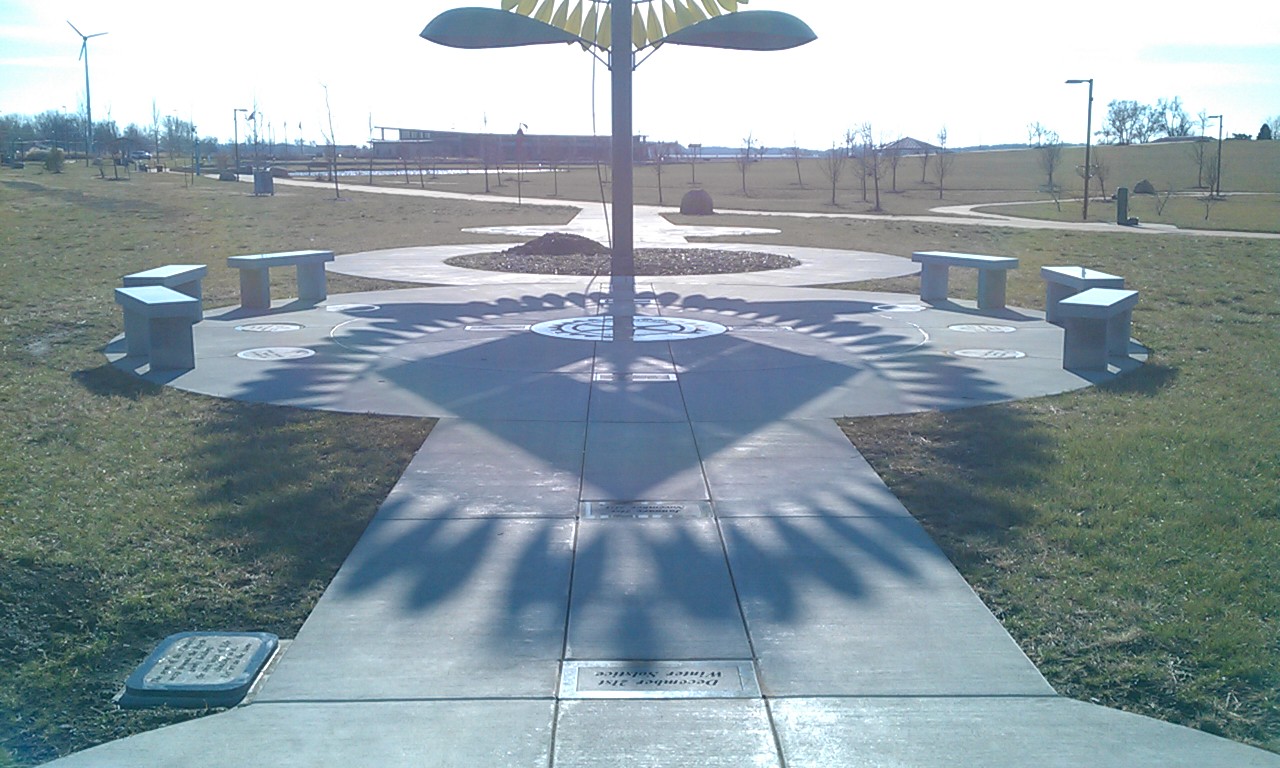 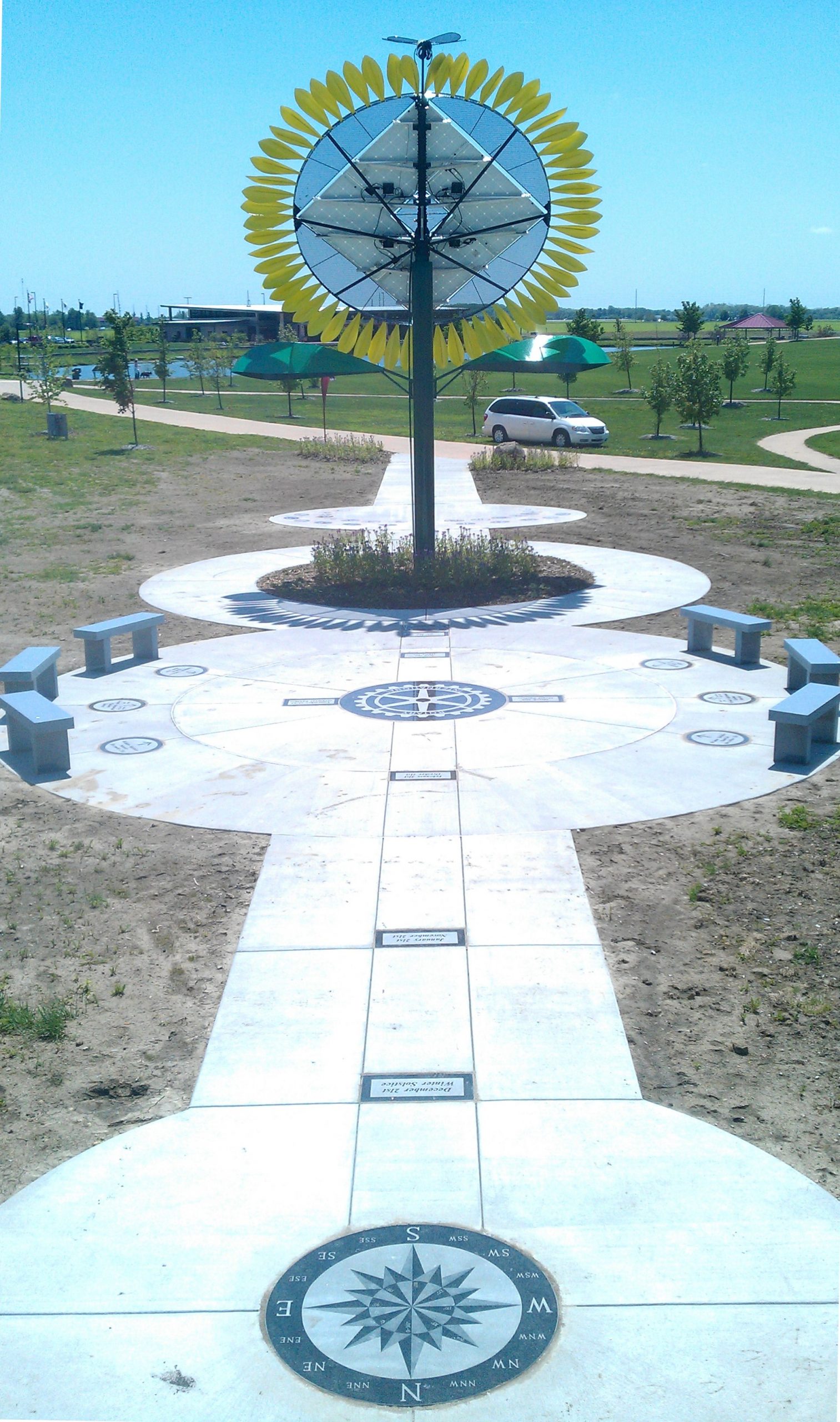 This 25-foot tall 18-foot diameter, Solar array disguised as a Sunflower, is actually a Solar Calendar. The shadow of a Bee at the top creates a Calendar Line at solar noon, the length of which varies as the sun moves from high overhead in summer to low in the winter reaching fifty feet. A 30-foot diameter “Calendar Commons” has Solstice/Equinox sunrise/sunset viewing benches and glacial boulders extending 50 feet further out. A “Human-Interactive Sundial” allows the person to become the “gnomon” as their shadow tells the time across recycled granite sink cutouts used as the hour markers.

It was important for the five Rotary Clubs of Springfield, Illinois to mark their 100th anniversary with a signature project to commemorate their contributions over a century to the community. They approached the Springfield Parks Foundation for ideas to which they suggested this project which I had submitted a few years earlier that was waiting for a funding source. This project fit in with the goal of the Park District to bring interactive art and sculpture installations to this new park. See YouTube video at https://www.youtube.com/watch?v=-GxVTU3zEpM

The original design was to be installed between a children's museum and the park's pavilion. It included a solar powered fountain that would drain back to the base of the sunflower in a shallow trough that would define the calendar line and provide a splash space for children to play while their parents could relax on the surrounding benches. In the winter, rather than looking empty of water, the fountain would reveal its construction of acrylic crystals, as if frozen, arranged as a compass and underlit by changing colored LED lights. The shadow of the sunflower was to also form a sundial under continual development by students and teachers visiting and marking shadows at the hour marks. These markings would eventually be connected as grid lines for the hours of the days and months of the year. Concerns of long term maintenance and tripping hazards for visually handicapped visitors simplified the design to a fully passive design that should endure for a long time with little needed attention. My more abstract sunflower design was brought to life by Darren Miller. His modifications, as an experienced sculptor, brought realism and vivid colors to the original design.

We tend to see the world as a flat space where we live in boxes, unaware of how small we really are and how precarious our existence is. This project was to bring an awareness of the solar geometry to its observers that would instill a sense of place in the world and universe. A compass rosette at the end includes a plaque with the message; "The arms of this compass extend around the Earth, gently holding the fragile layer of life clinging to it. Let us do the same". See the YouTube video here https://www.youtube.com/watch?v=-GxVTU3zEpM