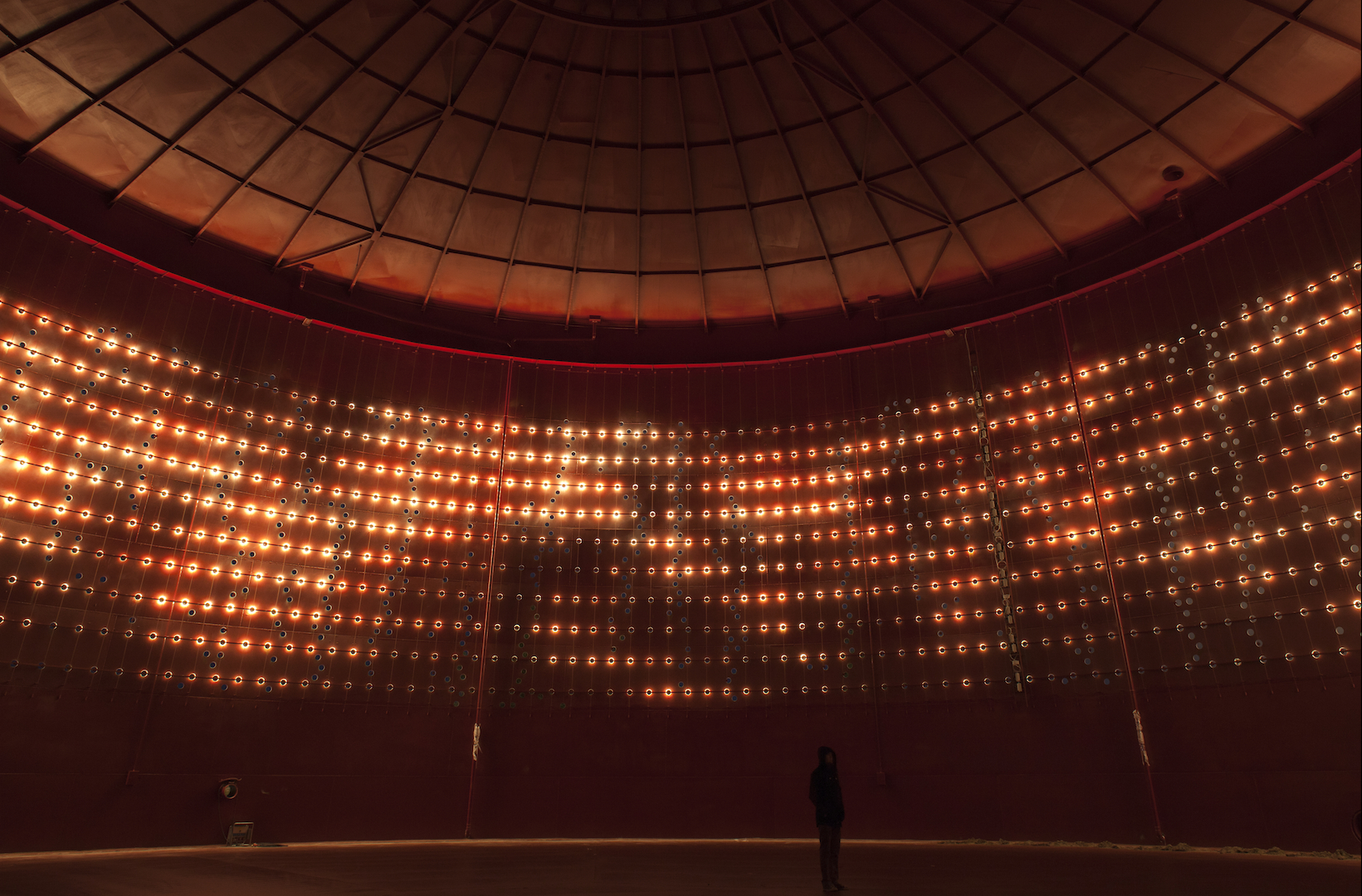 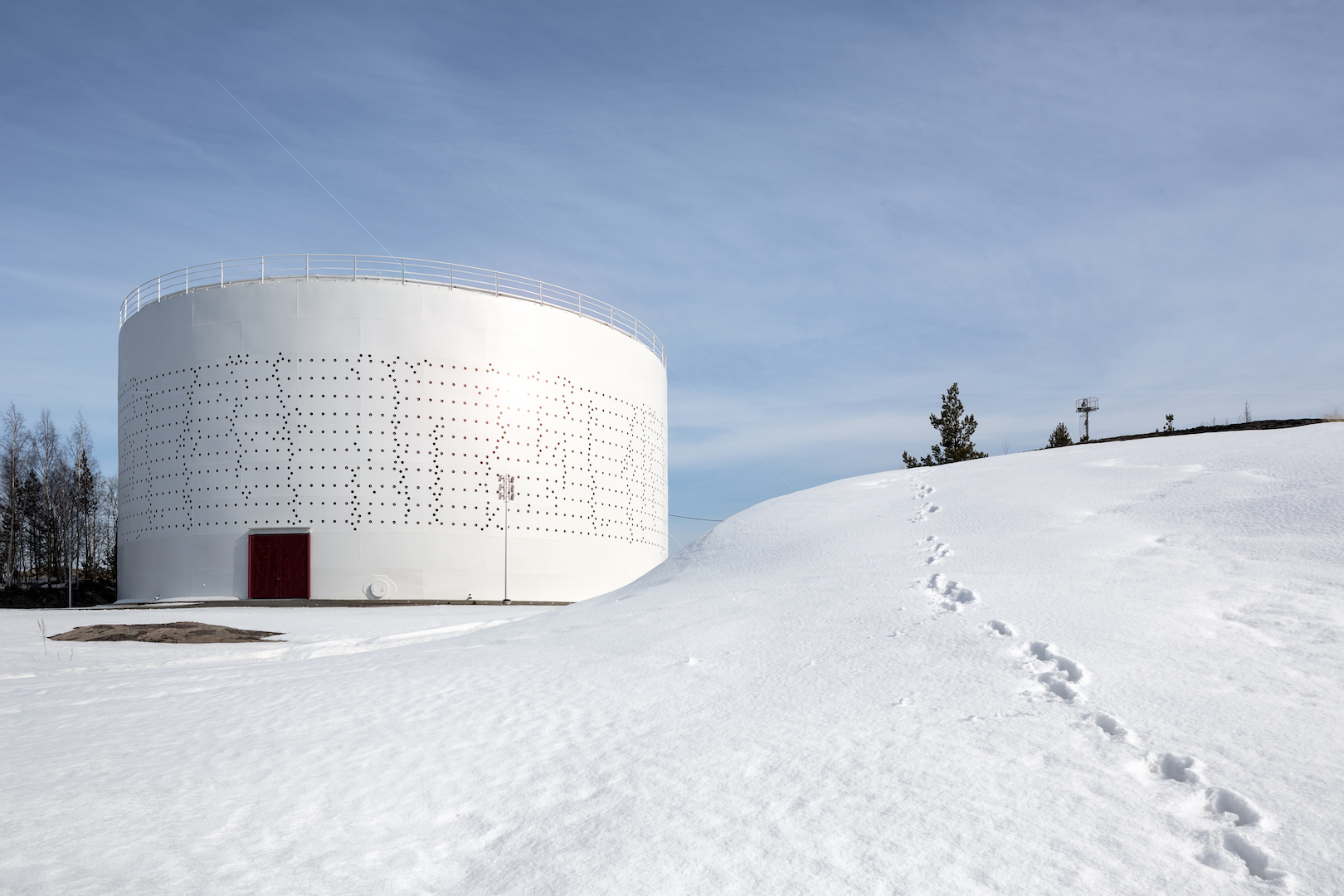 The project is a conversion of oil silo into light art piece and a public space. It sits by the sea facing central Helsinki, Finland. Prevailing winds well known to residents are strongly present. The natural light, wind and the movement of light on the water formed the principles for the lighting concept. Walls are perforated with 2012 holes referring to the Helsinki World Design Capital 2012 year.

The lighting signifies the start of a major urban redevelopment for the City of Helsinki. It functions to draw focus to unknown district and creates a landmark and a marketing device for the City. Maybe most importantly through the use of natural and artificial light it created a unique civic space for the citizens to use. Furthermore, it set a precedent for a new district for 11000 people to become the “district of light”. During the first years the silo is mainly viewed from distance when the area starts to get build. 1280 LED domes in 2700K white are fitted inside the silo behind the cut-outs and visible from several kilometres away.

LDC developed a bespoke software using swarm intelligence and nature simulating algorithms that refresh responding to parameters such as wind speed, direction, temperature, clear night and snow. System dials out every 5 minutes for new data. The patterns are fluid, natural in feel and never repeat. They are slow but speed up in relation to the wind speeds creating constantly changing mural of light. At midnight the exterior turns deep red for 1 hour. The colour refers to the former use of the silo as a container of energy. At 02:30 when the last ferry goes past to Suomenlinna lights go off. The interior gains importance as the area gets populated. Inside is painted deep red. Daylight seeps through the pattern derived from original rust patterns on the walls. North facing wall has no perforations. 450 steel mirrors moved by winds are fitted behind the holes. With sunlight the silo appears to glimmer and sparkle like surface of water. The Silo is a civic space for the citizens of Helsinki. Floor was added and rigging infrastructure, power, water and emergency & cleaning lighting. Light intervention has created a new space for people.

During normal use the installation uses about 2kw of power, which is approximately 2W per square meter. The software creates a particle system that combines motion behaviors from birds, insects, an fishes to create organic and non repetitive animations for the lighting system, in a 128 x 10 LED grid. This animations are being generated using current data from the local weather, specially wind speed and direction, to create a vast and unpredictable array of light movements that give the viewer a visual representation of the weather sensations in the city.