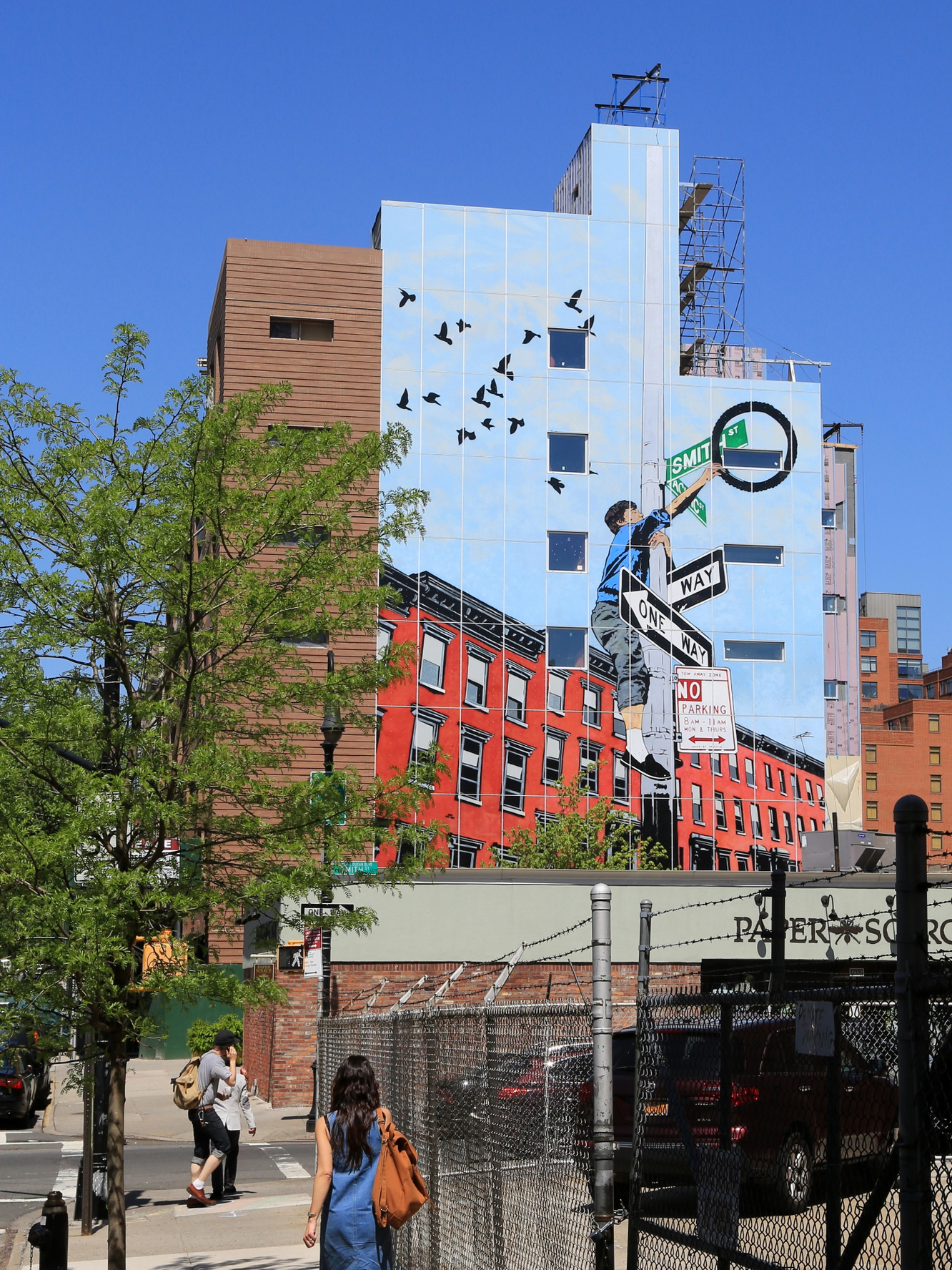 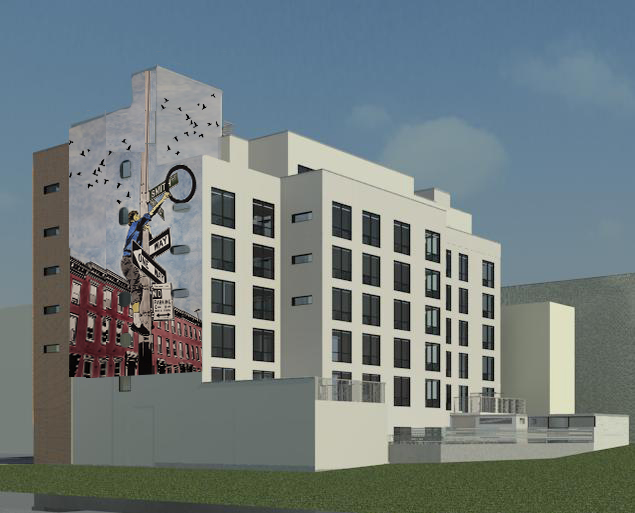 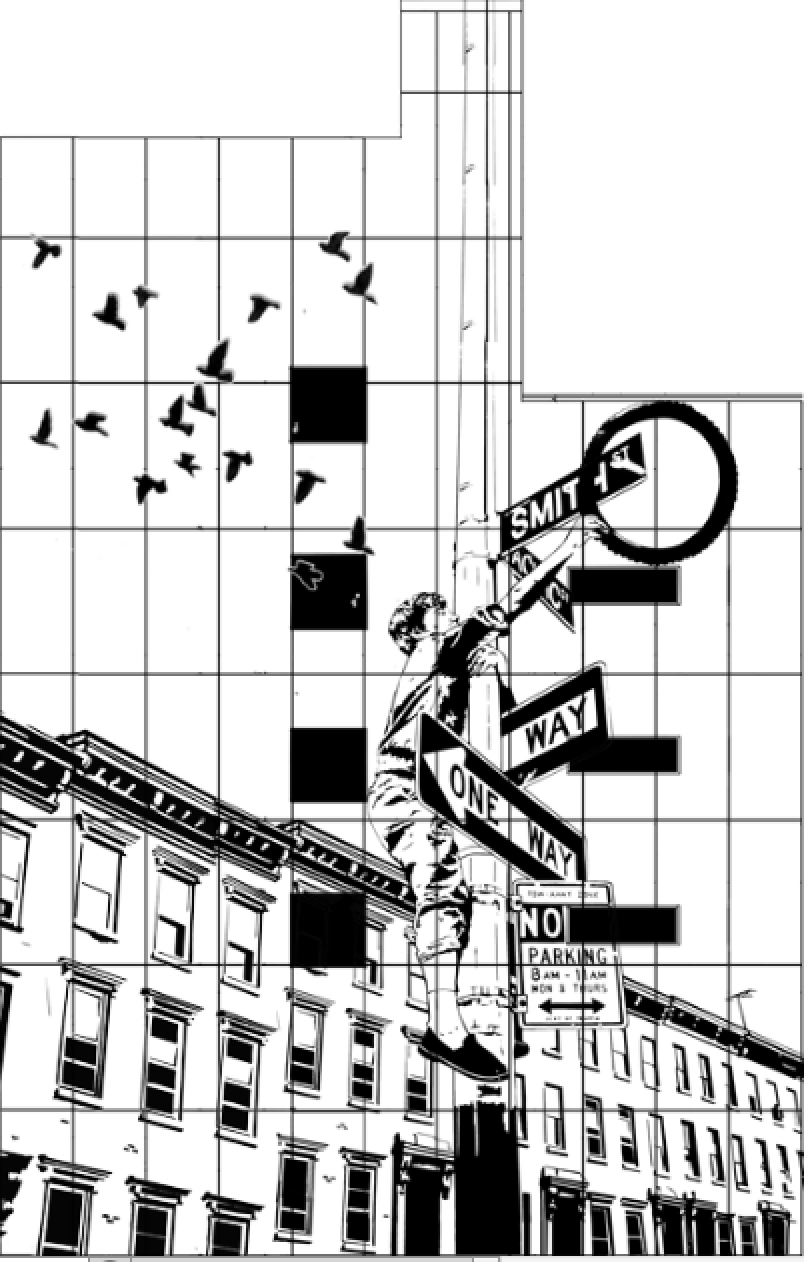 During the months of February and March in 2014, Chris Stain and Billy Mode, in partnership with photographer Martha Cooper and Creative Youth Inc., created a 40′ x 80′ mural. Hardie-board panel was used as the substrate that was to be installed on the visage of a newly constructed luxury apartment complex. Stain and Mode worked with high school students from Brooklyn to adapt Ms Cooper’s photograph into a full scale mural that carried the mood of youth and exploration into the up and coming neighborhood of Boreum Hill.

It was pertinent to the Quinlan Development Group and Lonicera Partners that the mural resonated with the mood of the growing community of Boreum Hill while at the same time recognizing the importance of the long time residents of this quintessential Brooklyn neighborhood.

Several meetings took place between myself, Creative Youth Inc, and the Quinlan Development Group and Lonicera Partners. We began with reviewing my previously completed works, including gallery pieces and commissioned murals. Once a design was agreed upon I contacted Martha Cooper for image licensing whose photograph I had adapted into artwork. Moving forward I was given blueprints of the building where the mural would be displayed. Billy Mode and I created a grid system to map out the mural and create mock-ups rendered onto the 3-D models provided by the architects at the development group. Next, Creative Youth Inc secured a studio space in Brooklyn that was central to its members. Within the studio, Billy Mode and I physically manifested our grid system onto 4ft x 8ft hardie-board panel. This allowed us to create the mural indoors in rows spanning 40ft in width. The students of Creative Youth Inc learned mural, painting techniques, and project management skills which will help them in their art college aspirations. A mural unveiling party concluded the project at the site in March of 2014.

This was not the largest mural I have completed. However it was the first mural completed off site and indoors and later installed outdoors in the buildings visage. This technique has further expanded the possibilities of mural making while involving members of the community.