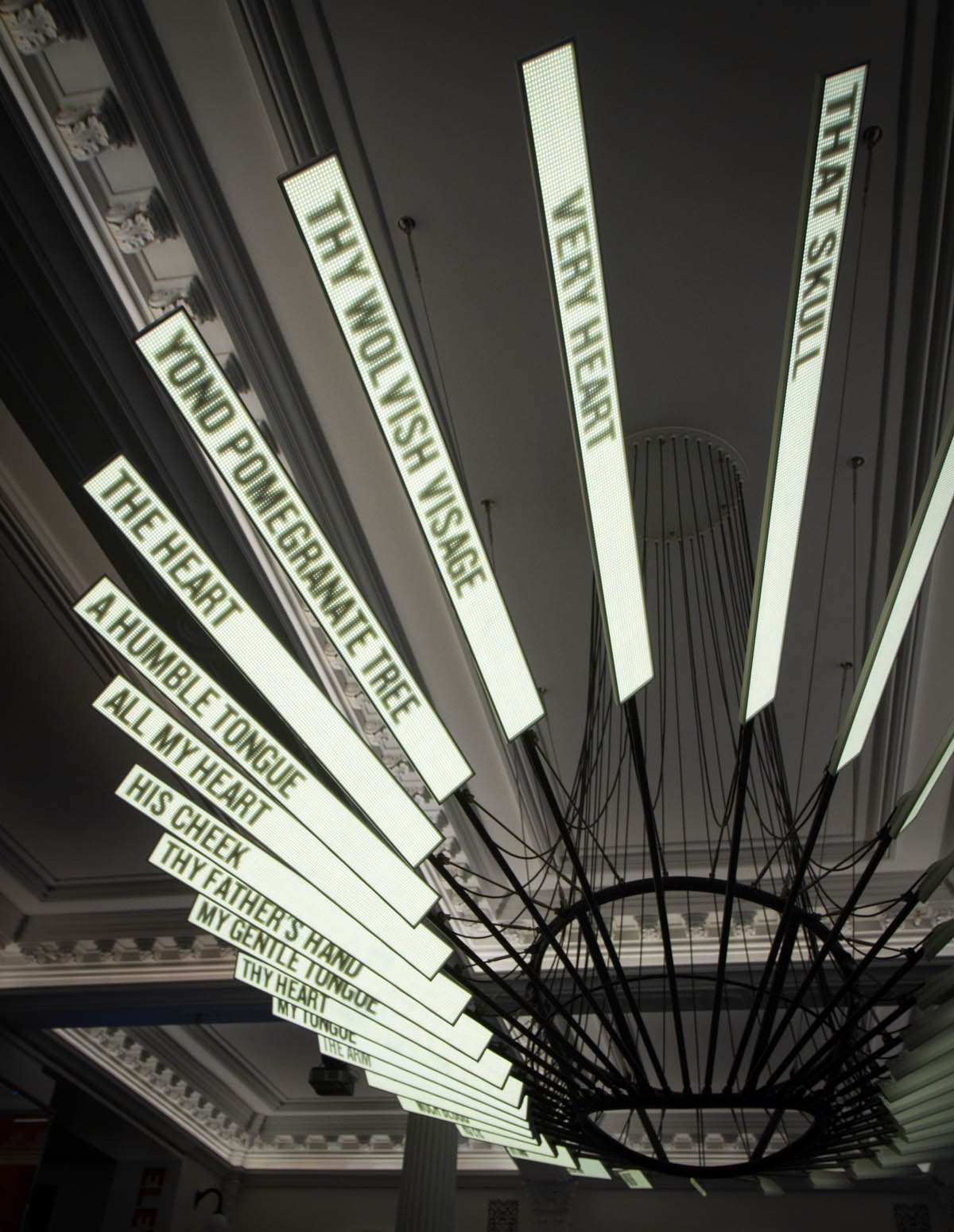 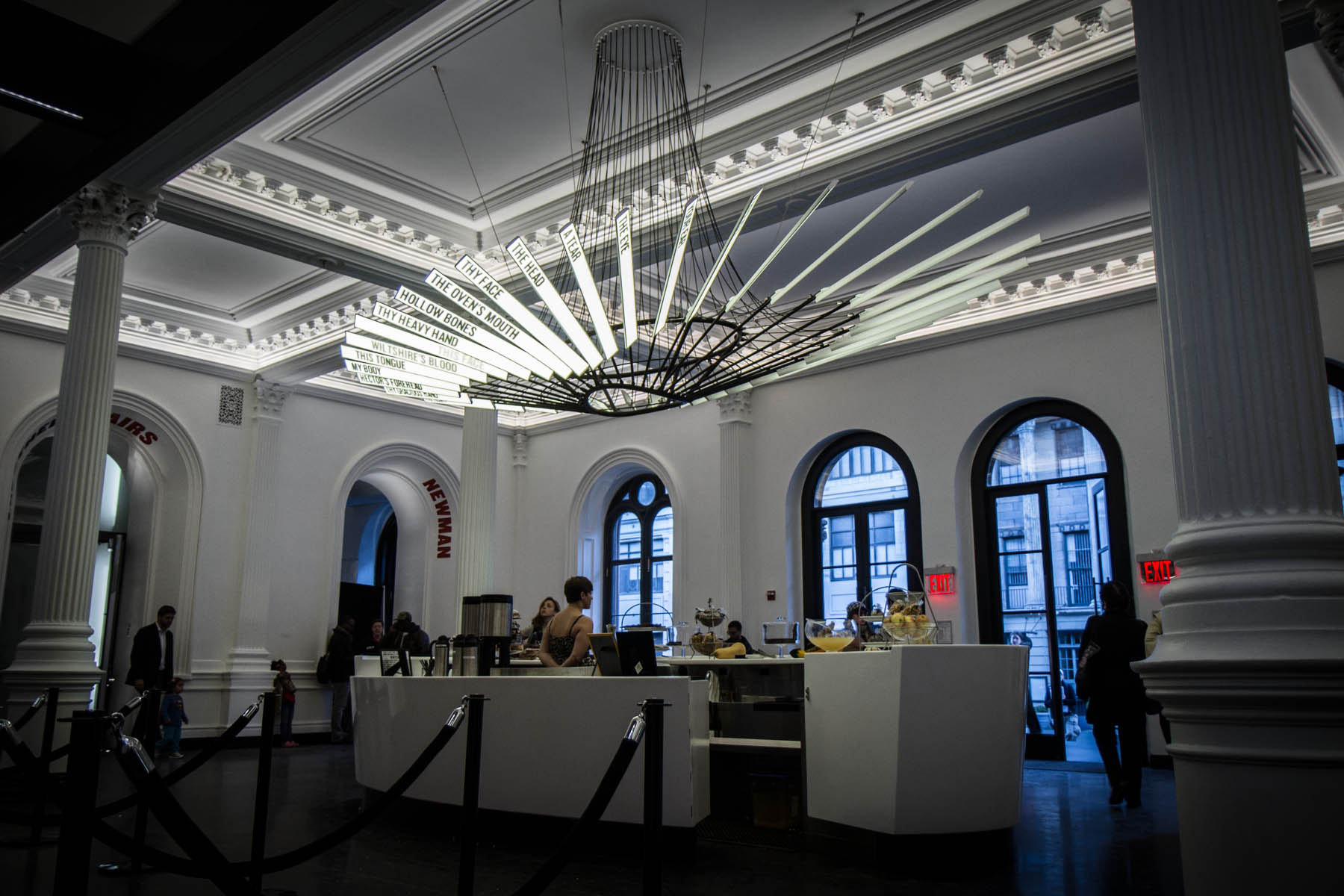 NYC Department of Design and Construction

The Office for Creative Research

Ben Rubin was commissioned to create a large-scale sculpture for The Public Theater’s lobby, part of Ennead Architects’ renovation of the landmark institution. Suspended from the ceiling and serving as the lobby’s chandelier, Shakespeare Machine features 37 LED display screens showing fragments of Shakespeare’s plays, to create an unfolding, glowing kaleidoscope of language in motion. It serves as a beacon, beckoning the community inside. The machine selects and organizes these fragments according to varied logical systems, each using a combination of grammatical, contextual, rhythmic, and/or semantic attributes of Shakespeare’s language to generate new text-motion sequences.

The installation is part of New York City's Percent for Art initiative, which designates one percent of construction project budgets that receive city funding to site-specific artworks.The Shakespeare Machine like new entry and lobby redesign is a blend of modern and historic elements that reflects the nature of the acclaimed theatrical work for which The Public Theater is renowned.

The geometric concept and mechanical details of the piece were designed in collaboration with architect Michele Gorman.

Ben Rubin developed the algorithms that select and animate the text together with his longtime collaborator, statistician Mark Hansen.

"For me, the Shakespeare Machine is a kind of supercollider, where the particles to be accelerated and smashed together are scenes, lines, and phrases from Shakespeare’s plays. I hope that these collisions will ignite traces of the incandescent energy, wit, and passion that existed at the moment of these plays' creation.” – Ben Rubin