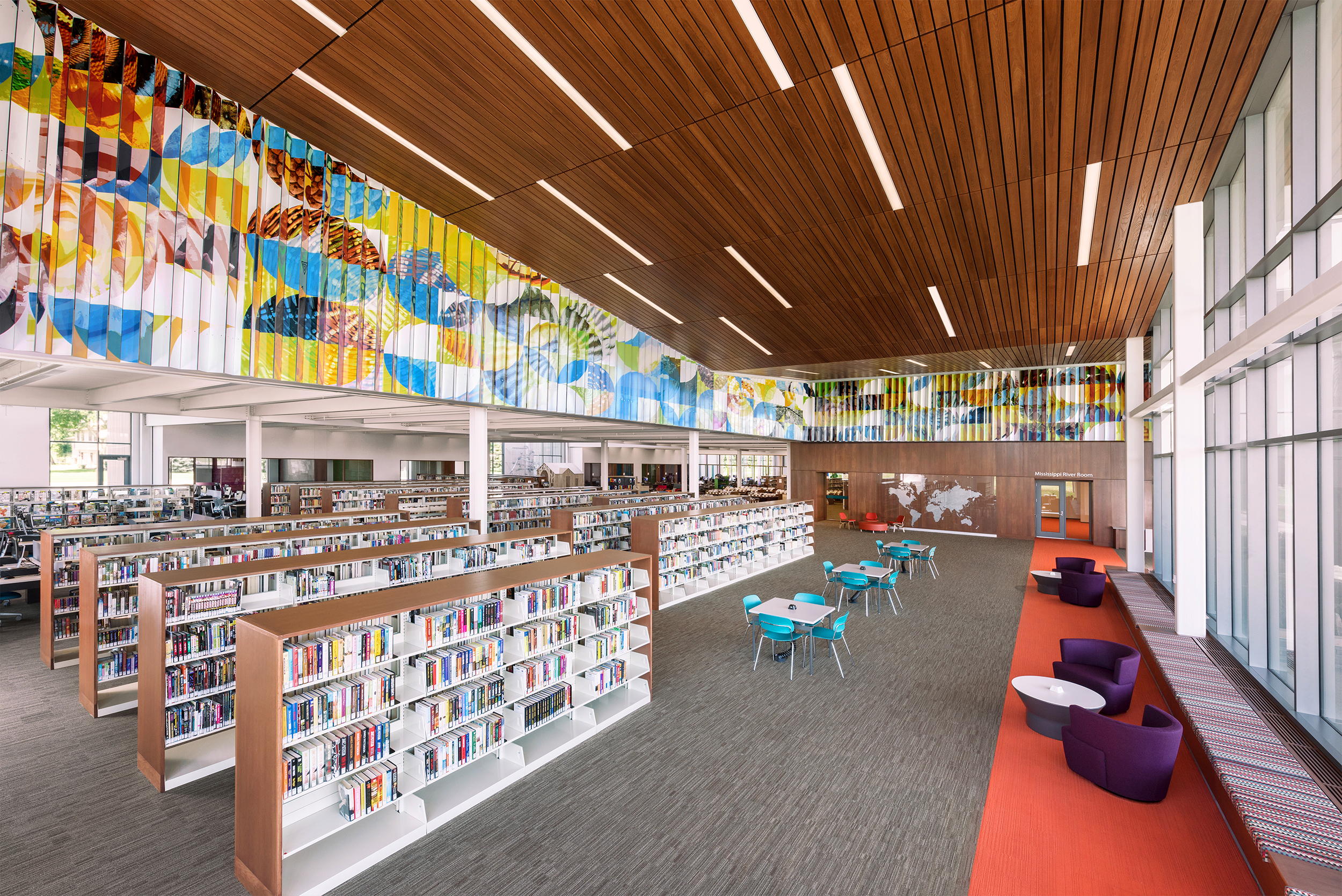 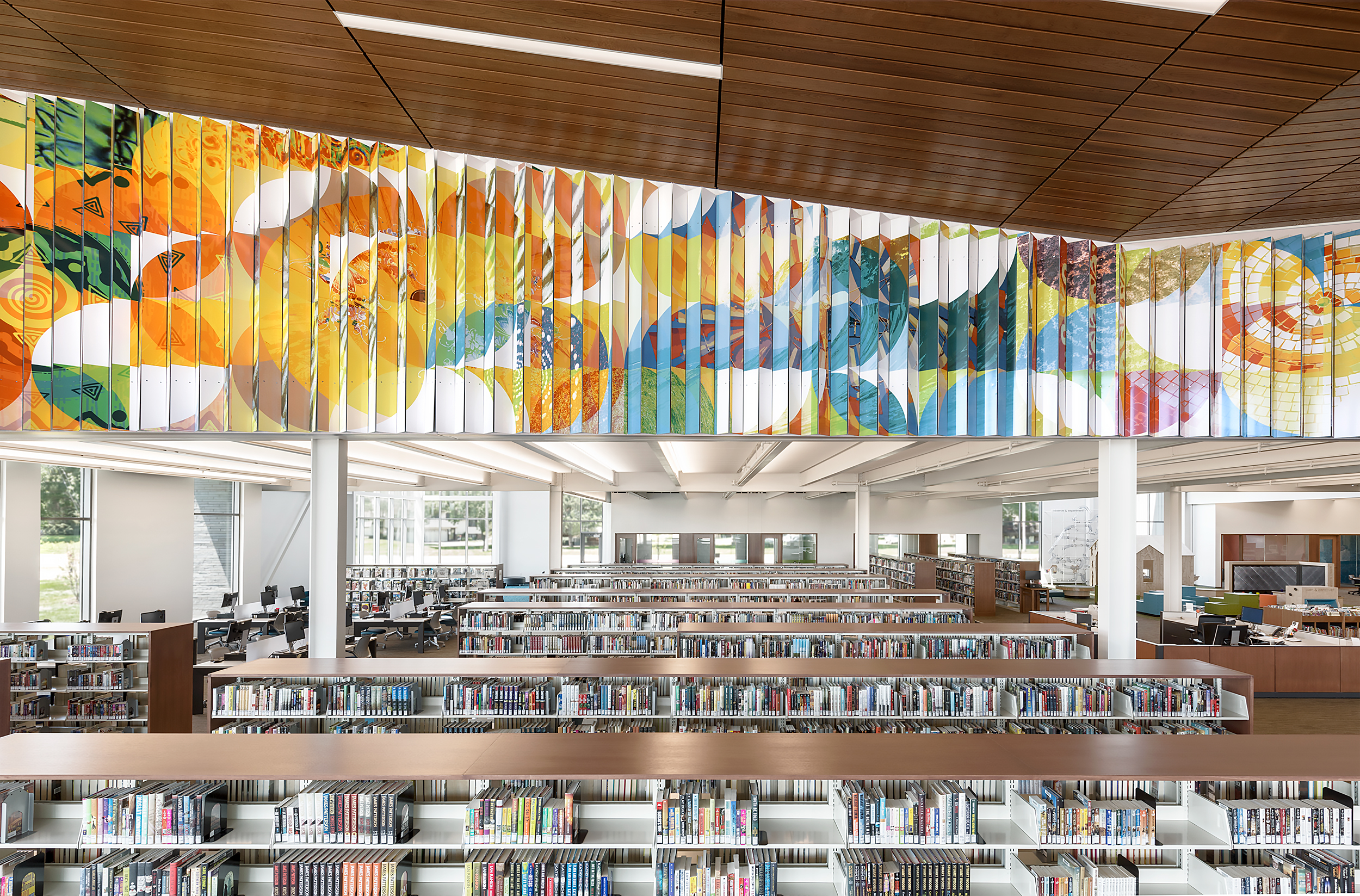 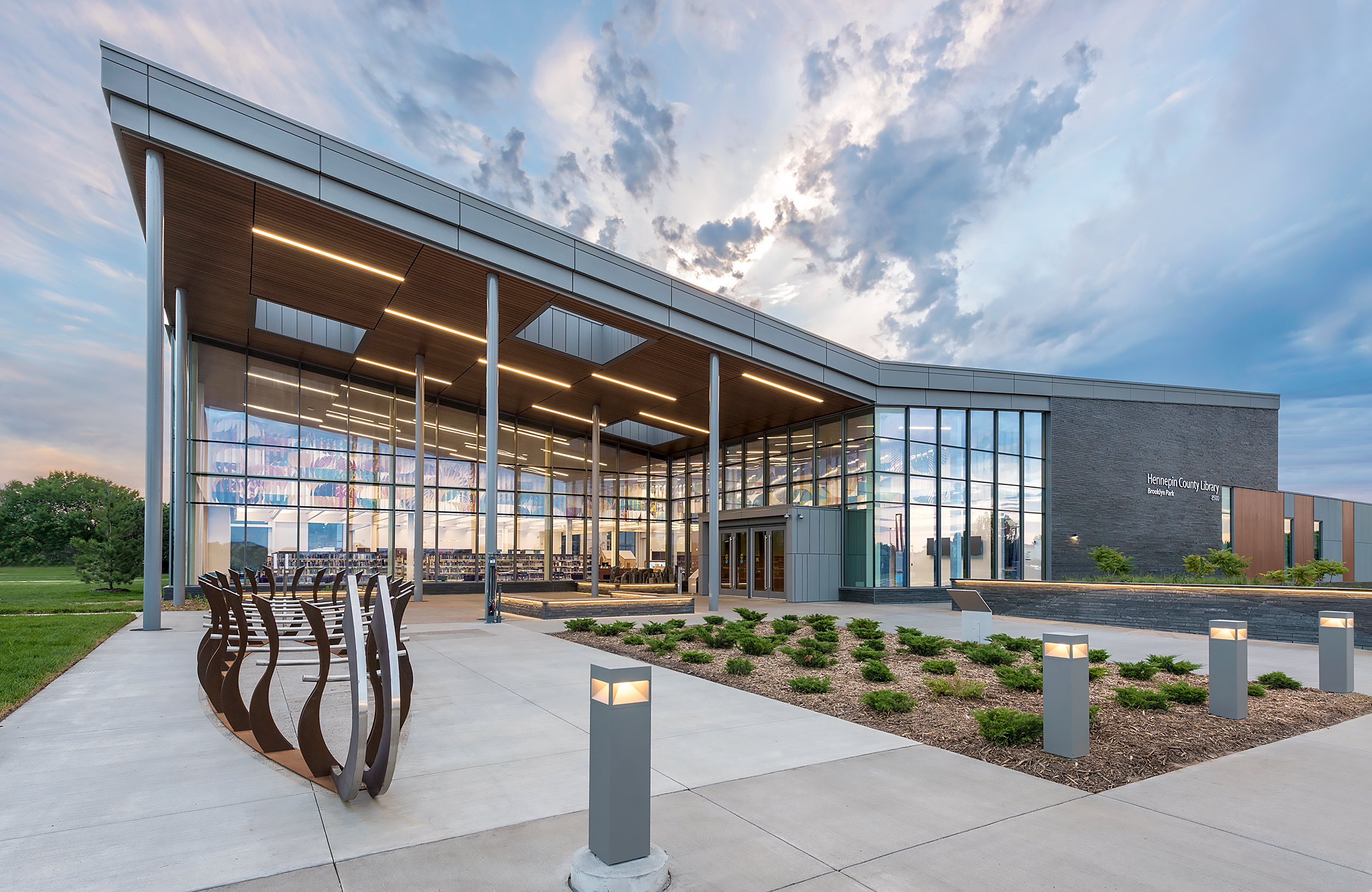 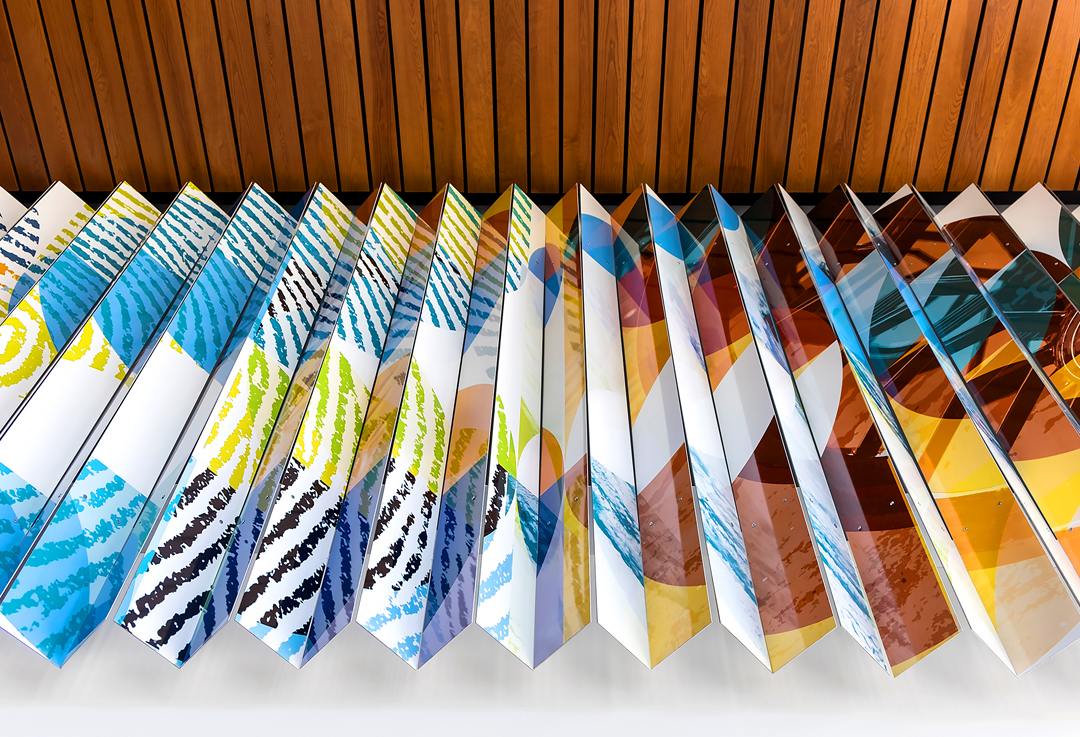 Inspired by the golden spiral, a form derived from the golden section that underlies patterns and systems in the universe, including the natural world, art, architecture, design, and aesthetics. Ceramic steel panels are folded to create a lenticular effect that changes with the viewer’s movement. From one side, viewers see a composition of golden spiral imagery relevant to local themes – cultural history, local agricultural, indigenous plants, Mississippi River currents, snowflakes, Dakota and Liberian patterns. From another side, viewers see imagery related to universal themes – global phenomenon, DNA, fingerprints, fossils, weather patterns, spiraling galaxies, and world art and architecture.

To create an engaging artwork that told the story of world culture and local geography through the lens of math and science. The artwork was to set an “interactive” tone for the Hennepin County Library as a space for hands-on science demonstrations, as well function as a library space. As viewers of all ages move by these walls, they see a continually changing composition that shifts between the two images in a moving gradient where spiraling forms interlace and merge into one another. This juxtaposition highlights the underlying presence of the golden spiral in all things. Sectio Aurea poetically connects the community to the larger world and universe beyond.

Working with the architects of the new Library, RE:site and Metalab, were able to coordinate several aspects of seamless integration in unique angled roofline of the building. In terms of the thematic content of the artwork, we worked very closely with the library staff and community members through workshops to identify local imagery and themes that were relevant to Brooklyn Park’s cultural, geographic, and ecological identity.