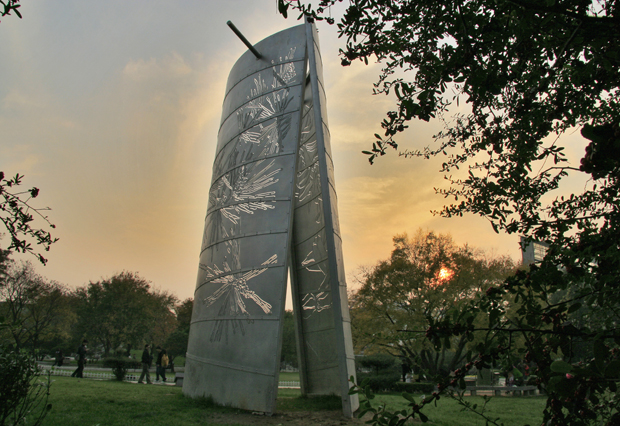 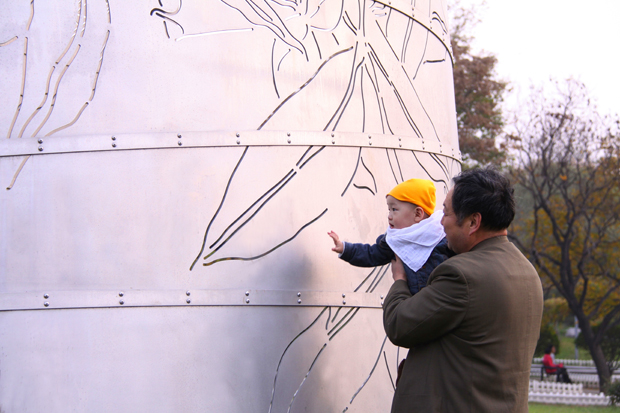 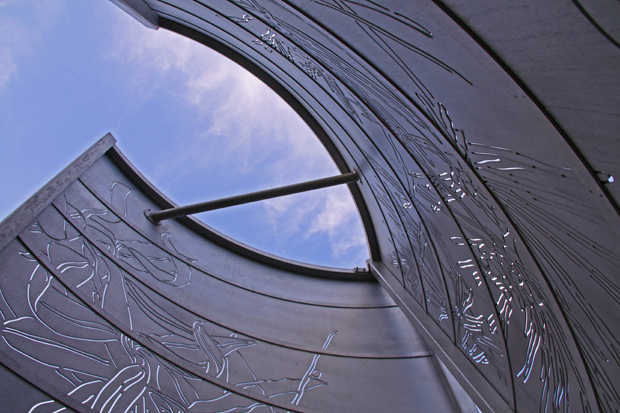 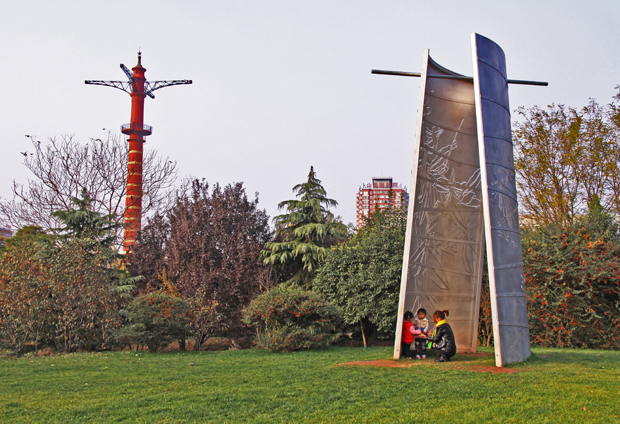 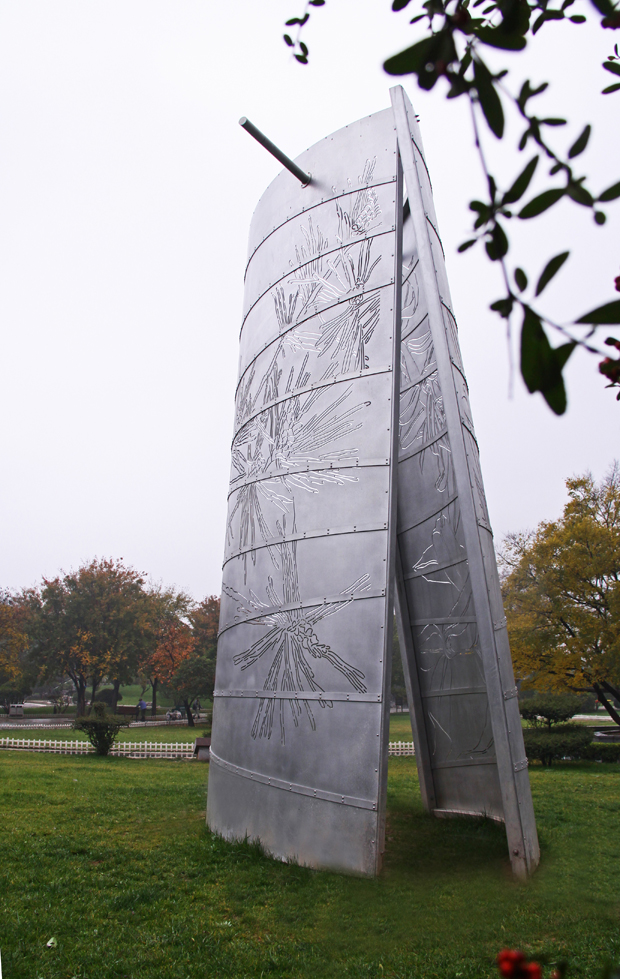 The Government of Quebec wished to offer Shandong Province, China a work of art made by a Quebec artist as an affirmation of their friendship. In consultation with representatives of Shandong Province, with a population of approximately 90 million inhabitants, the Botanical Garden of Jinan was chosen as a designated venue for the artwork. It was hoped that the work would symbolically reflect on the longevity of friendly relations, trade and cultural exchanges between Quebec and China. The artist was invited to take into consideration not only the links that these two entities share, but what differentiates them.

As the specific site was not determined at the time of the competition, the artwork was not informed by the physical aspects of the site. It was made clear that a very tall artwork, visible from far, was desirable.
The artwork concept took into account the differences and similarities of the two cultures. I chose to use nature as metaphor. Jinan, capital of Shandong, is one of China's most famous historical and cultural cities. It is renown for its 72 natural springs, and for the weeping willows that grow along the shores of the lakes they feed.
The artwork comprises two screens gently leaning towards each other, signalling an openness and friendship between China and Quebec. The large drawings of branches - the curly willow closely associated with Shandong, the pine tree, a familiar emblem of Quebec’s northern landscape - are references both historical and contemporary, affirming a sense of place.

Unusually for me, there was no direct contact with the people or the place receiving the artwork. I collaborated with the engineers for the footings and artwork structure, with the fabricator for all aspects of fabrication (technical drawings, water jet cut outs, assemblage details, hand finishing). Drawings for the foundations were sent to China and poured by them.

A ceremony was held in the park to inaugurate the artwork by Jean Charest, premier of Quebec at the time.