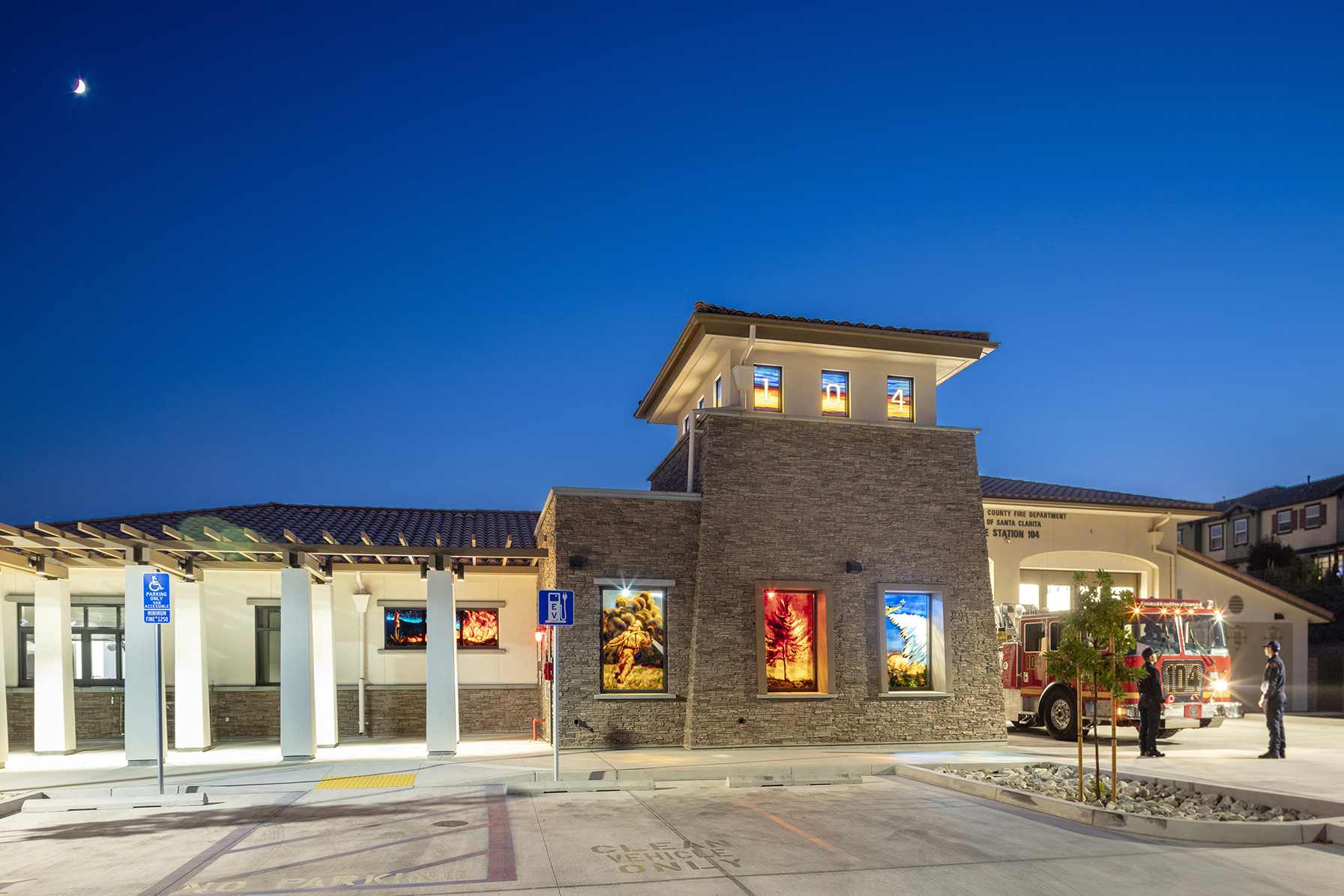 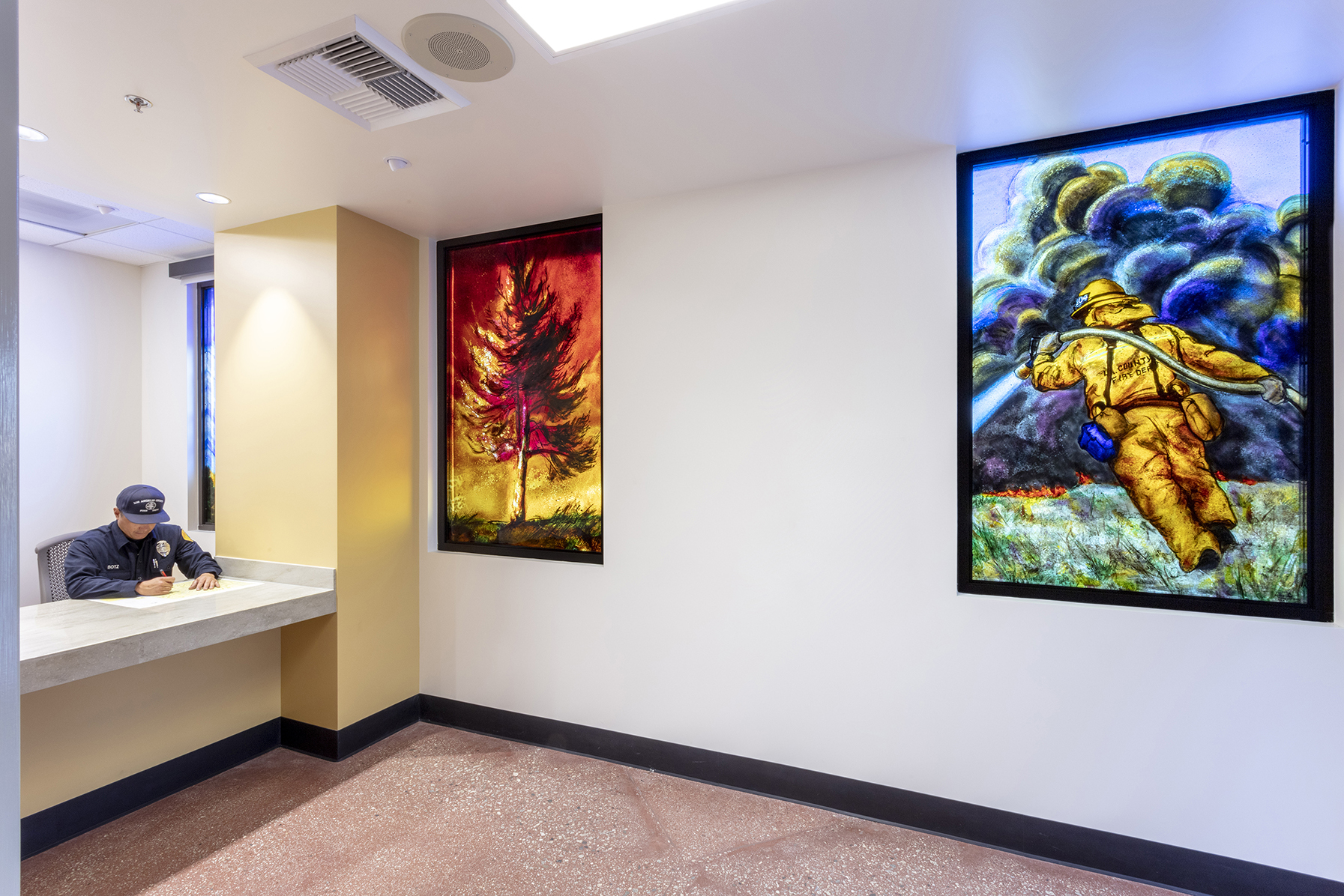 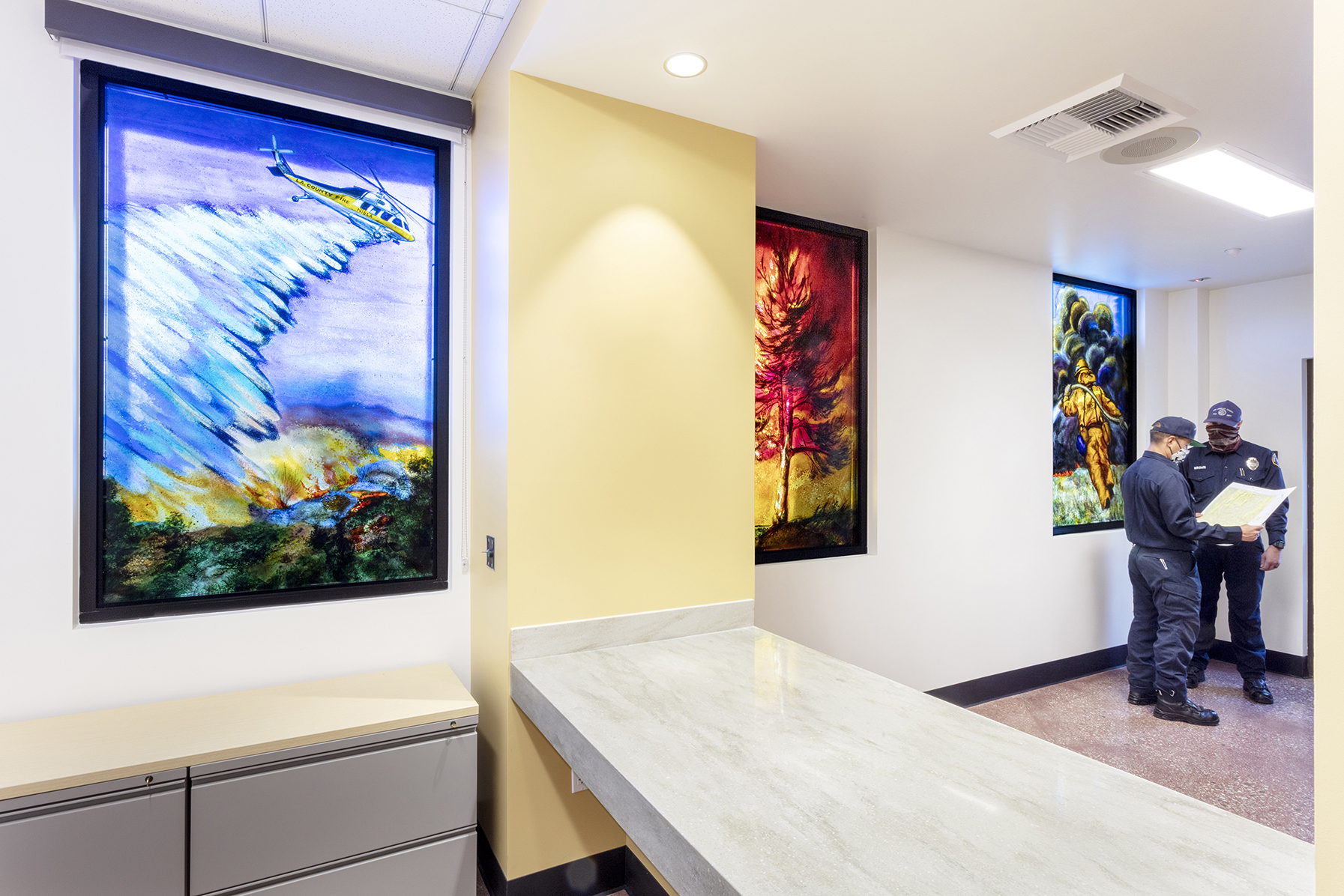 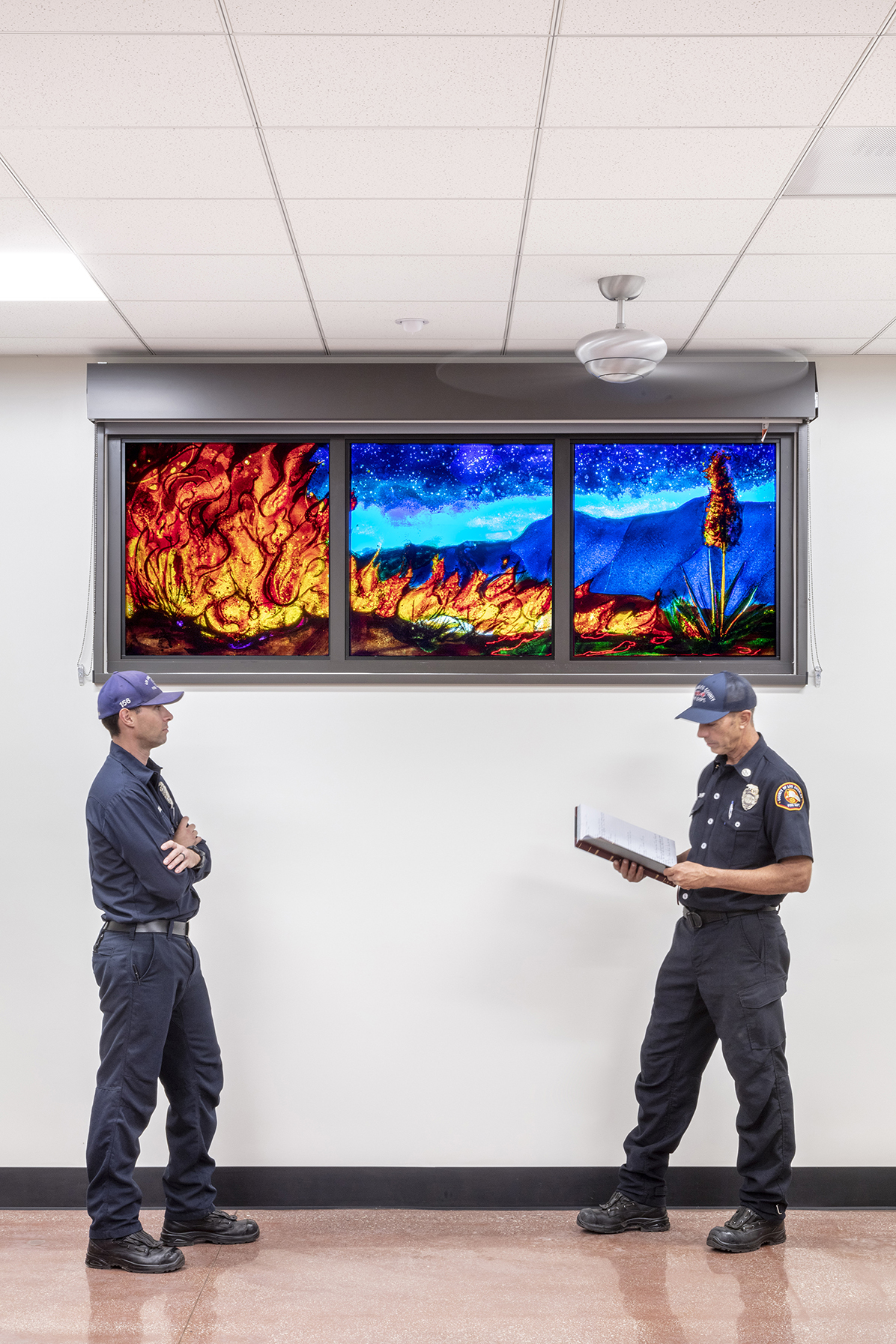 Santa Clarita Fire Station 104 by Anne-Elizabeth Sobieski (2020) in Santa Clarita, CA, commissioned by the Los Angeles County Department of Arts and Culture. This public art work collaboration was produced from original designs by Sobieski, and manufactured in our studio with Tim Carey Studio. Three of these works are presented as a triptych at the main entrance and are visible from the building’s lobby and office spaces, measuring 72” H x 46” W each. Further inside the building, another triptych depicts a dramatic night scene with a smoldering yucca plant blazing across the windows of the firefighters’ day room, a space that is often kept dark for the screening of training videos, which measure 36” H x 96” W each. Lastly, in the fire station’s tower, three windows on the north facade and three windows on the east display the station’s location number against a Santa Clarita sunset background. Visible from a great distance, the triptych represents the fire station as both a beacon of safety for the community and a point of refuge for the brave firefighters returning home from dangerous work. Each of these six panels measures 24″ H x 36″ W.

Through ongoing conversations with staff at the station and in-depth content research, Sobieski carefully vetted color palettes and material details while creating a more intimate glimpse into the world of firefighting than what is usually seen by those outside the field. Sobieski began developing this content as a series of sketches and acrylic paintings, eventually working with Judson Studios to translate the finalized images into 12 large-scale fused glass artworks, installed along the interior and exterior windows of the station.