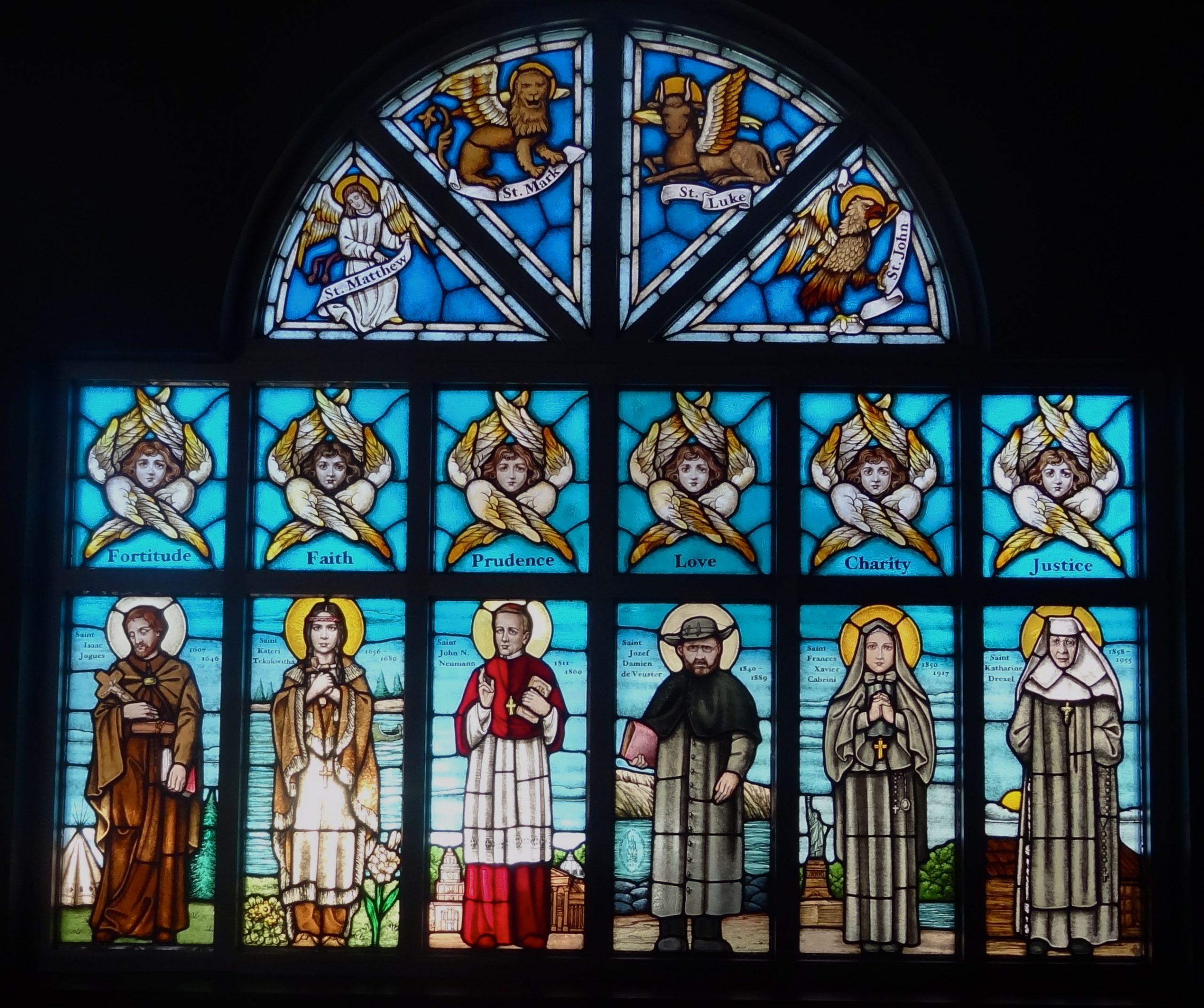 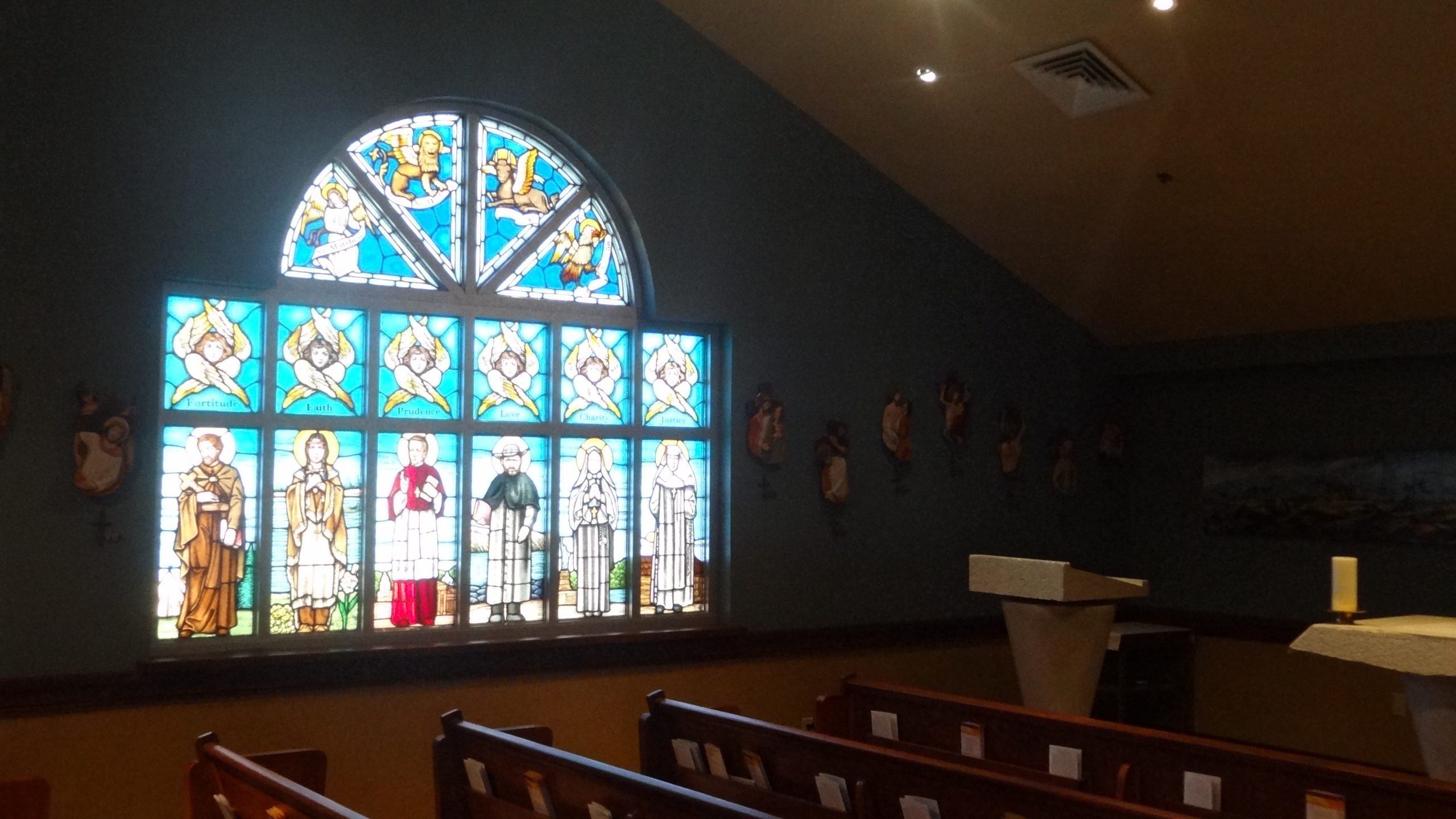 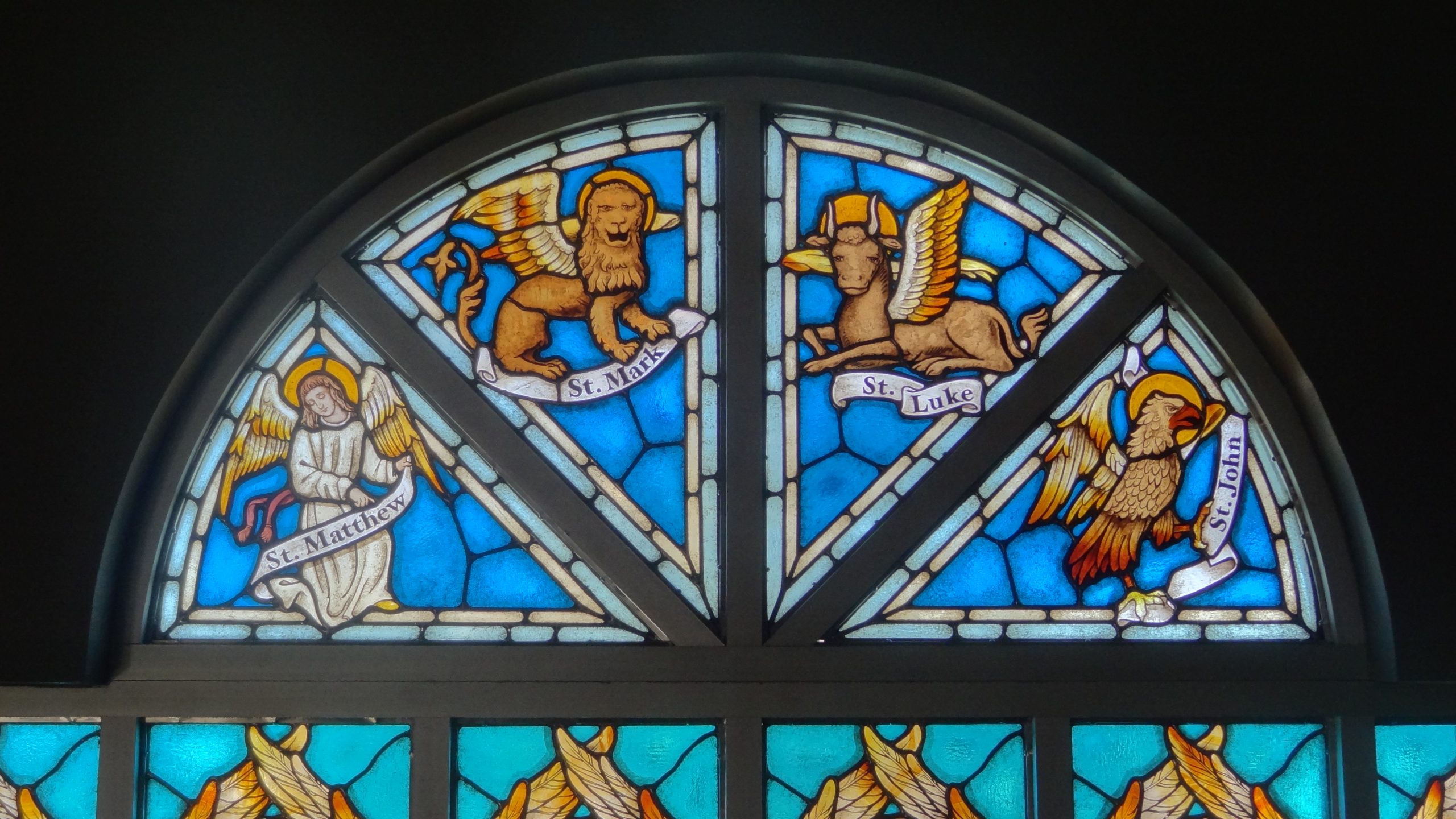 The parish had a chapel attached to the church that was in need of stained glass to block out the harsh light and view of the street. Working closely with the Father, the design was approved, the windows were painted and fabricated in Waukesha, WI, and delivered and installed in the opening.

The goal was to have a series of American Saints depicted in the stained glass for the parishioners to reflect upon.

The Father had a list of American Saints, along with the symbols of Matthew, Mark Luke and John that he wished to be portrayed in the stained glass. We showed him the initial rendering, which was approved. Next, the full size cartoons were made, which were also shown and approved. Finally, the glass was cut, painted, fired in a kiln and glazed to the correct sizes. The panels were cemented and delivered to the chapel, where they were installed into the opening.