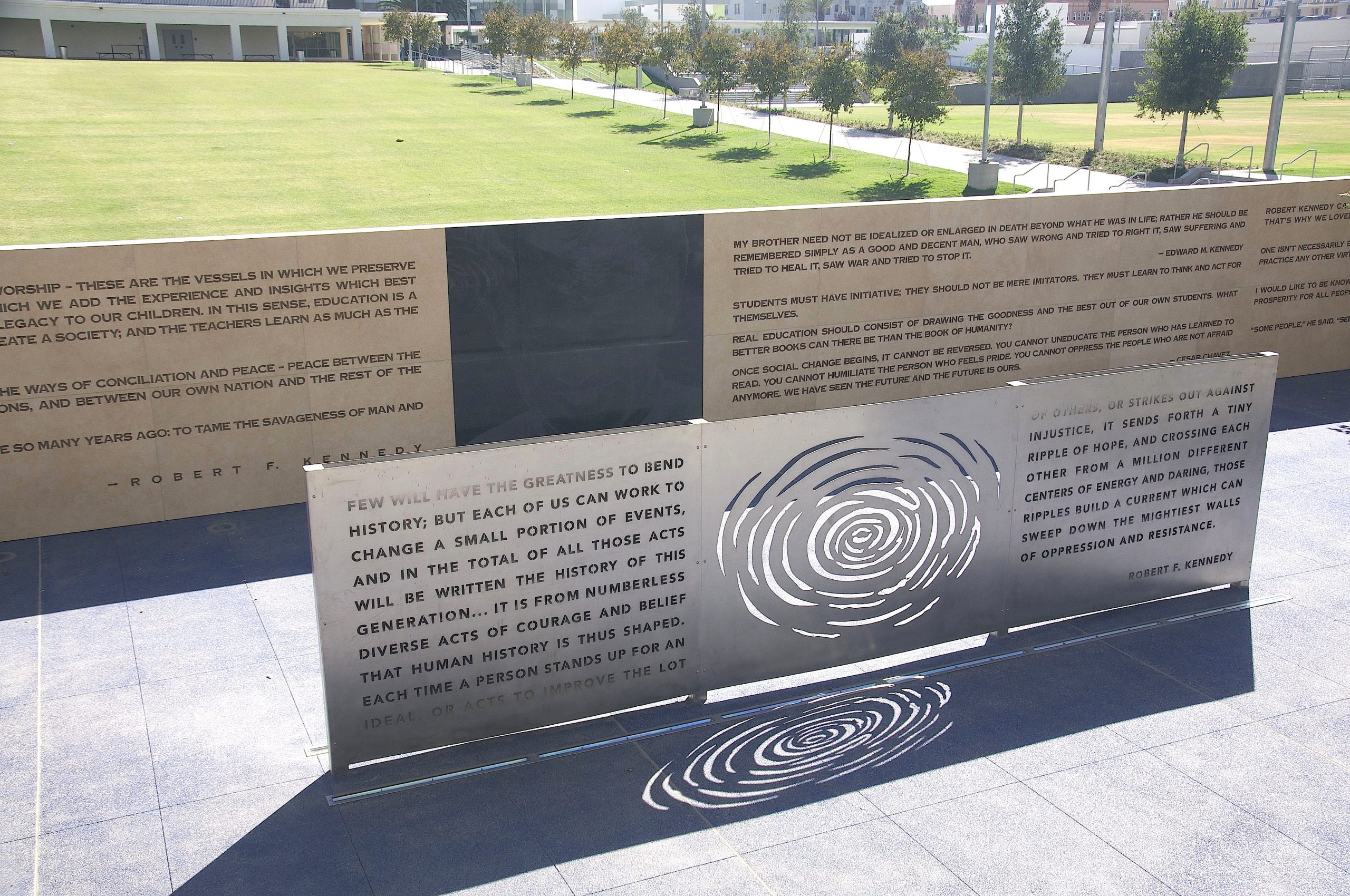 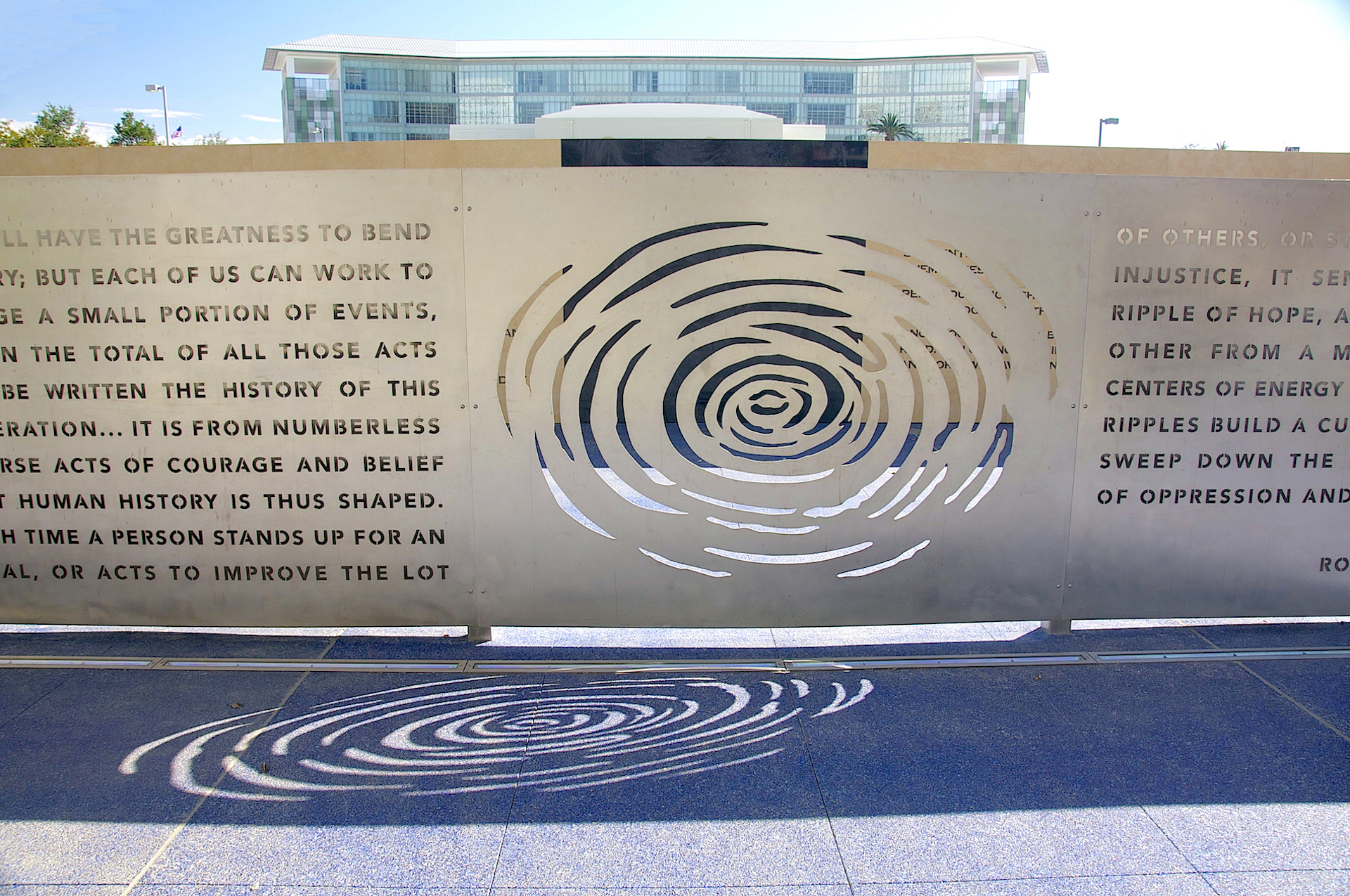 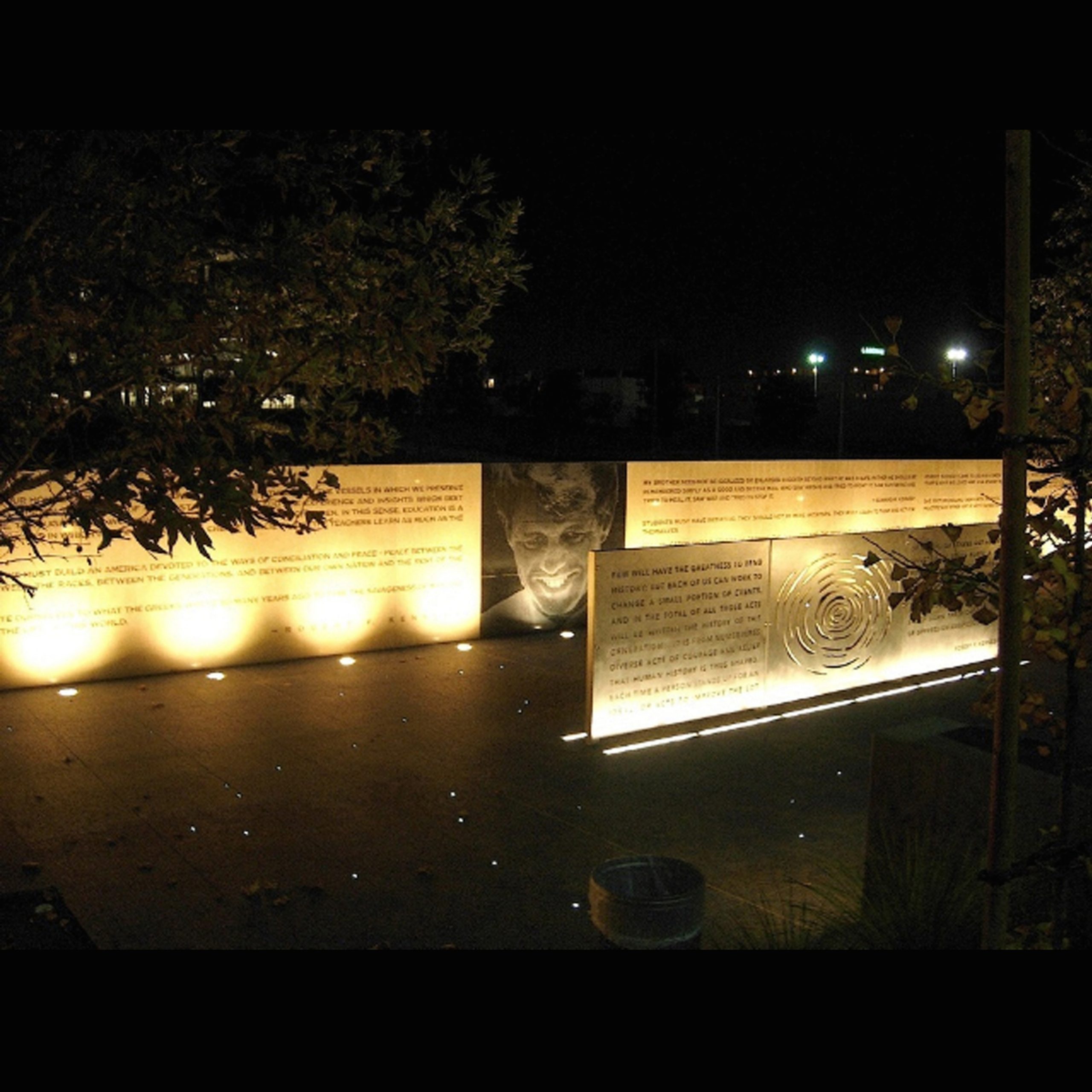 4,400 sq. ft. urban park in Los Angeles that honors the life and work of Robert F. Kennedy, at the site of the former Ambassador Hotel, where he was assassinated in 1968. 6' X 24' stainless steel gateway sculpture, Jerusalem Gold stone wall with etched quotations, black granite with portrait of RFK, fiber optic lights embedded in blue lithocrete floor.

Most of the buildings of the Ambassador Hotel were demolished to make room for a new school complex, K-high school, the Robert F. Kennedy Community Schools. The public art RFQ included the information about the tragic event of RFK's death, and my collaborator. fellow artist Richard Wyatt and I wanted to create a meditative park where people can come and contemplate the life and work of Robert Kennedy. The architects had specified a framework for a park, and we created the art work that went into it.

I designed the stainless steel "Ripple of Hope" gateway, and fellow artist Richard Wyatt and I collaborated on the conceptual aspects of the rest of the park. He chose the original photographic portrait of RFK, we picked the quotations to be etched on the wall after meeting with the Kennedy family & doing research at JFK Library in Boston. HLB Lighting realized our conceptual design for the embedded fiber optic "star" lights in the floor. We went to numerous meetings at the architects' office (CHCG Architects in Pasadena, CA) and the landscape architects (Ahbe Landscape Architects) were also present.

I titled this project the Robert F. Kennedy Inspiration Park because I wanted to focus on the life of Robert Kennedy and what he stood for, as opposed to memorializing his tragic death. I also wanted the students at the school to be aware of his ideals, to pass the torch of history to a younger generation. RFK gave the "Ripple of Hope" speech in South Africa in 1966. The cut-out image in the stainless steel is reflected on the ground as a ripple of water when the sun is out.