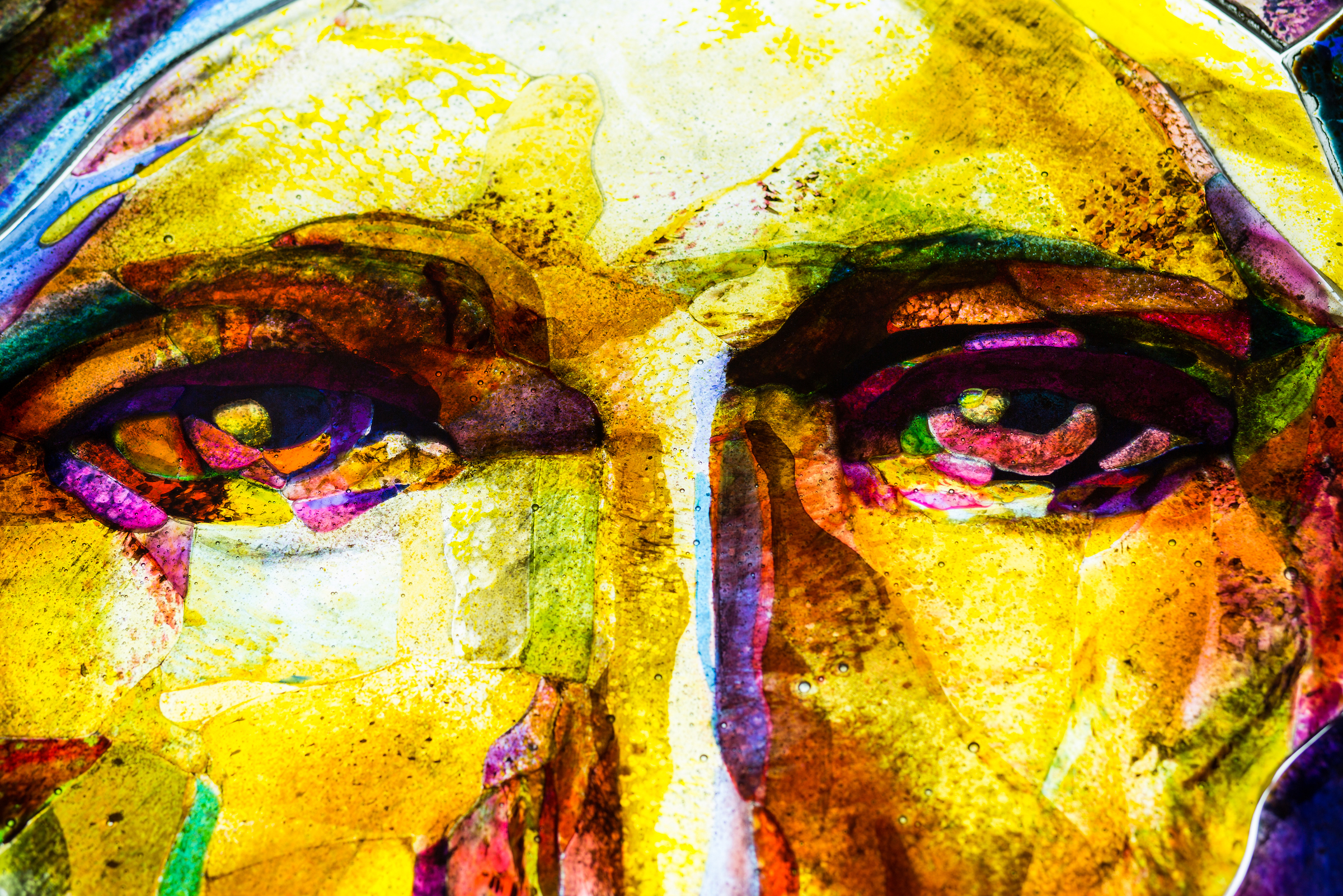 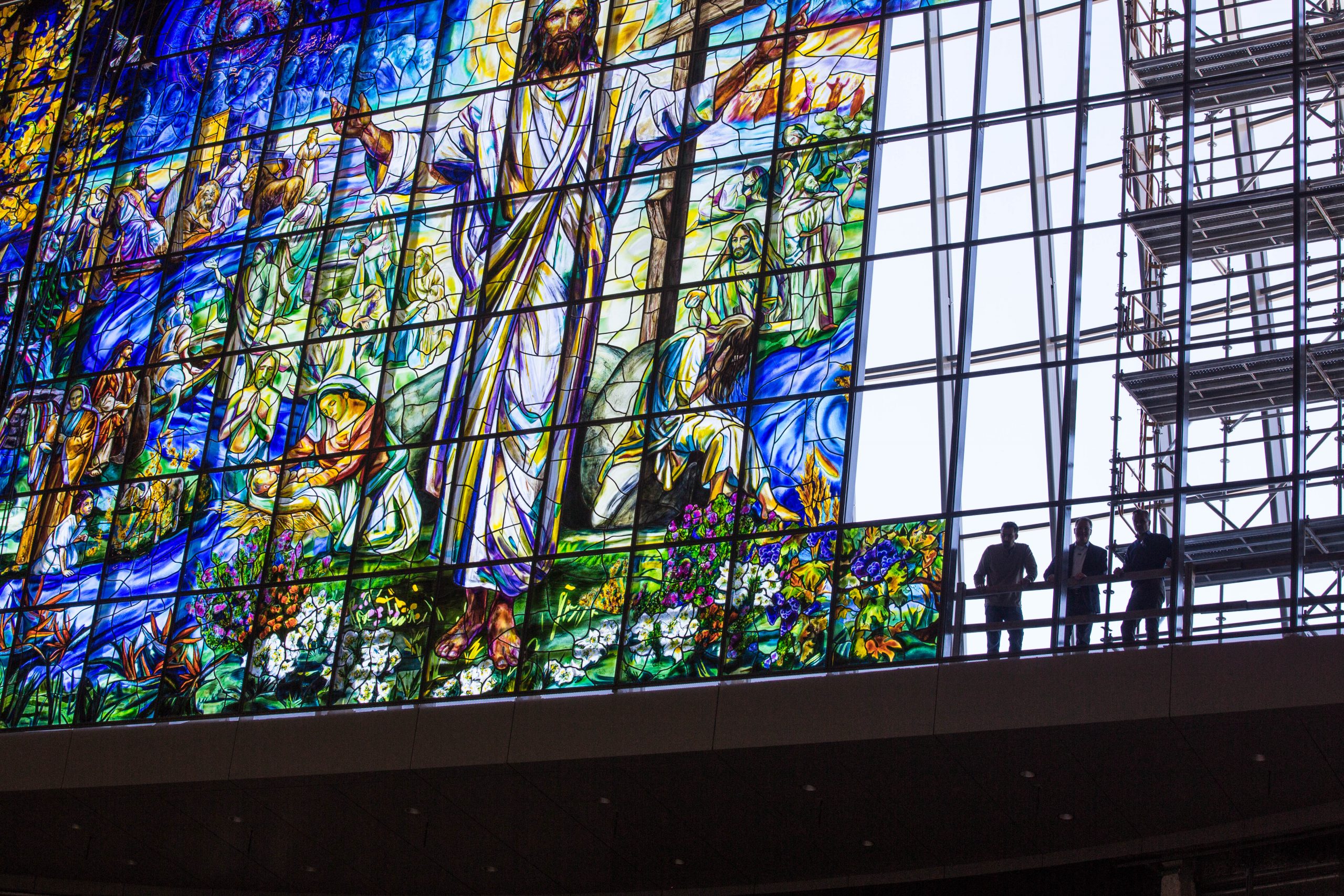 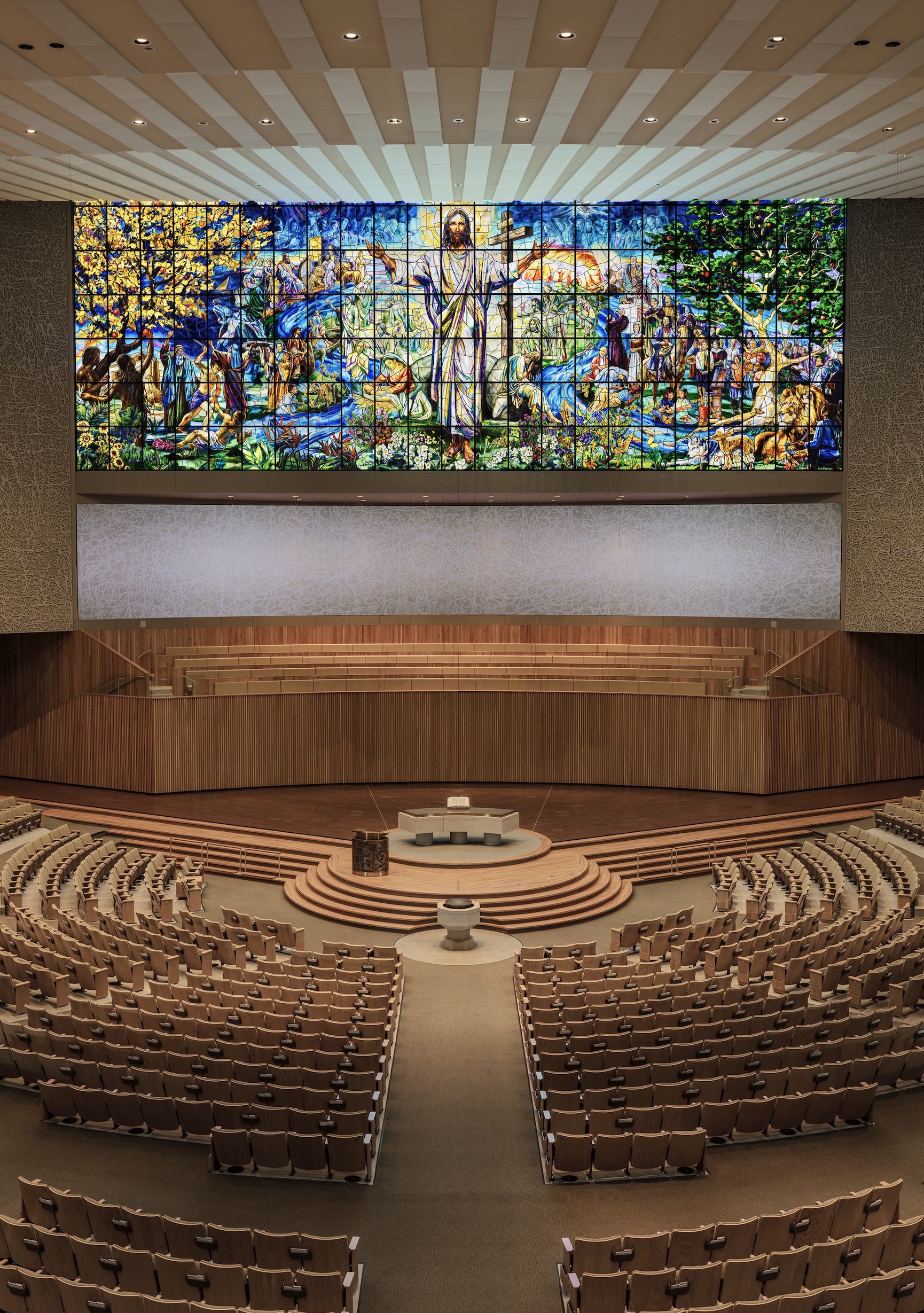 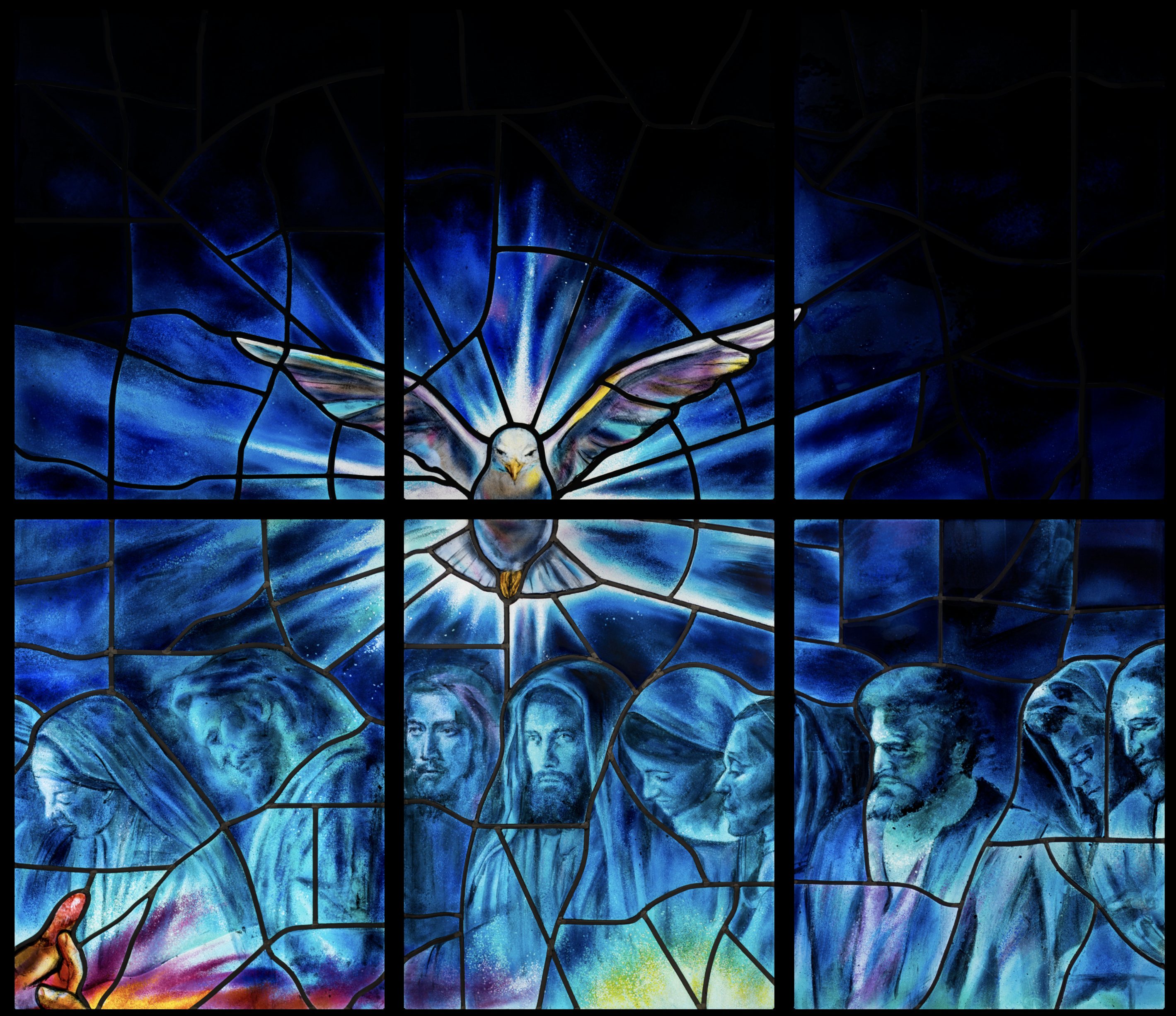 Client: Church of the Resurrection

The Resurrection window measures 94’ by 37’ and is broken up in 161 – 4’ x 5’ panels. The design concept, defined by Pastor Adam Hamilton, focuses on a garden theme. The central feature is the Christ figure in the middle of the window, the left illustrates the Garden of Eden and on the right is the Garden of Revelations. The galaxy on the upper left side represents God the Father and the dove on the right symbolizes the Holy Spirit. Over 100 figures are portrayed in the window from Adam and Eve to Billy Graham and Martin Luther King.

The commissioned artwork’s main goal was to create a sense of sacred space. The congregations existing worship space was basically a theater setting with no natural light and no artwork. When the members of the church were surveyed as to what would make their new sanctuary feel like a sacred space the overwhelming answer was stained glass. With this directive in mind the architects incorporated the massive stained glass window as the central feature of the sanctuary. The opening for the window created a blank canvas for the artist to fill, a rare opportunity in today’s architectural commissions.

The overall architecture the building is striking. The building is circular in shape and its exterior stainless steel walls set on a base of Kansas City lime stone look like sails of a ship. The window is located on the north side of the structure and is the main focal point of the space not only from an interior point of view, but the window, lighted from the interior at night, serves as a colorful beacon in the local community and as far away as 5 miles, where it is visible from the area highway.

With the pastor’s vision in hand a liturgical design committee was formed at the church to interface with the artist and studio carrying out the commission. The architect was closely involved with the committee and held a seat at the table. Once the overall concept was approved the artist worked closely with the pastor and the committee to develop the design details and capture the vision of the congregation.

The most difficult task the artist faced entailed creating a window that married the traditional with the contemporary. The conceptual directive was conventional tasking the artist to create a figurative interpretation of the design, but the architectural space demanded a contemporary expression in glass. This tension led the team to seek out a technique that could achieve both these ends. The solution was found in combining traditional glass painting techniques with contemporary kiln forming methods.
The artist, Tim Carey and Judson Studios well versed in stained glass needed help to develop the kiln-forming concept. Tim sought out Narcissus Quagliata and asked him to join the team. At Judson, Tim and Narcissus, with technical collaboration from Bullseye Glass developed a technique that ultimately created a successful solution for all involved.

This is the first time that kiln-formed glass has been combined with traditional stained glass painting techniques at this magnitude. This technique has many possible implications for the future of stained glass on an architectural level. Artists designs can now be interpreted in glass at a grand scale without being constrained by traditional colored glass materials. While this particular project is religious the secular market has great potential to apply this medium.