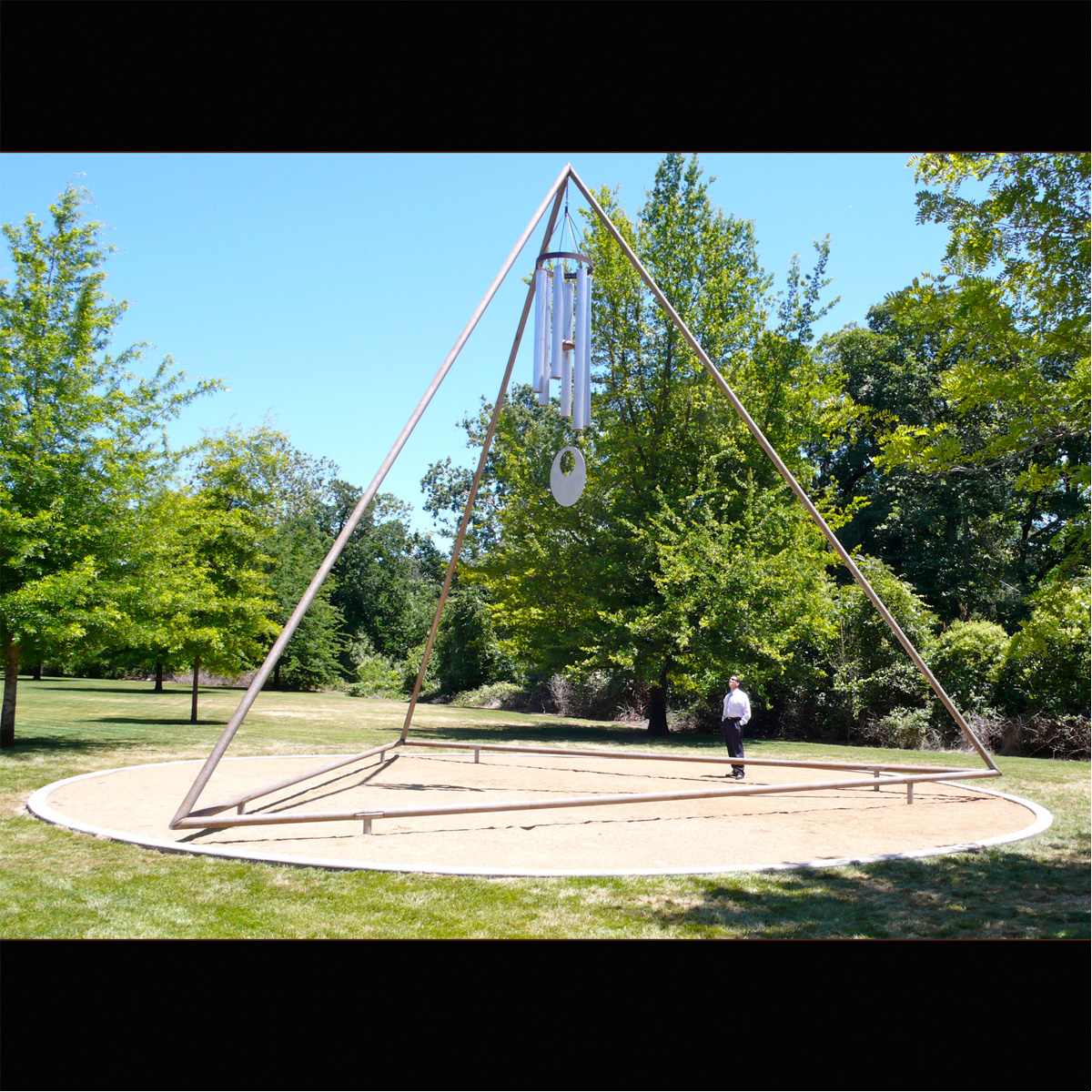 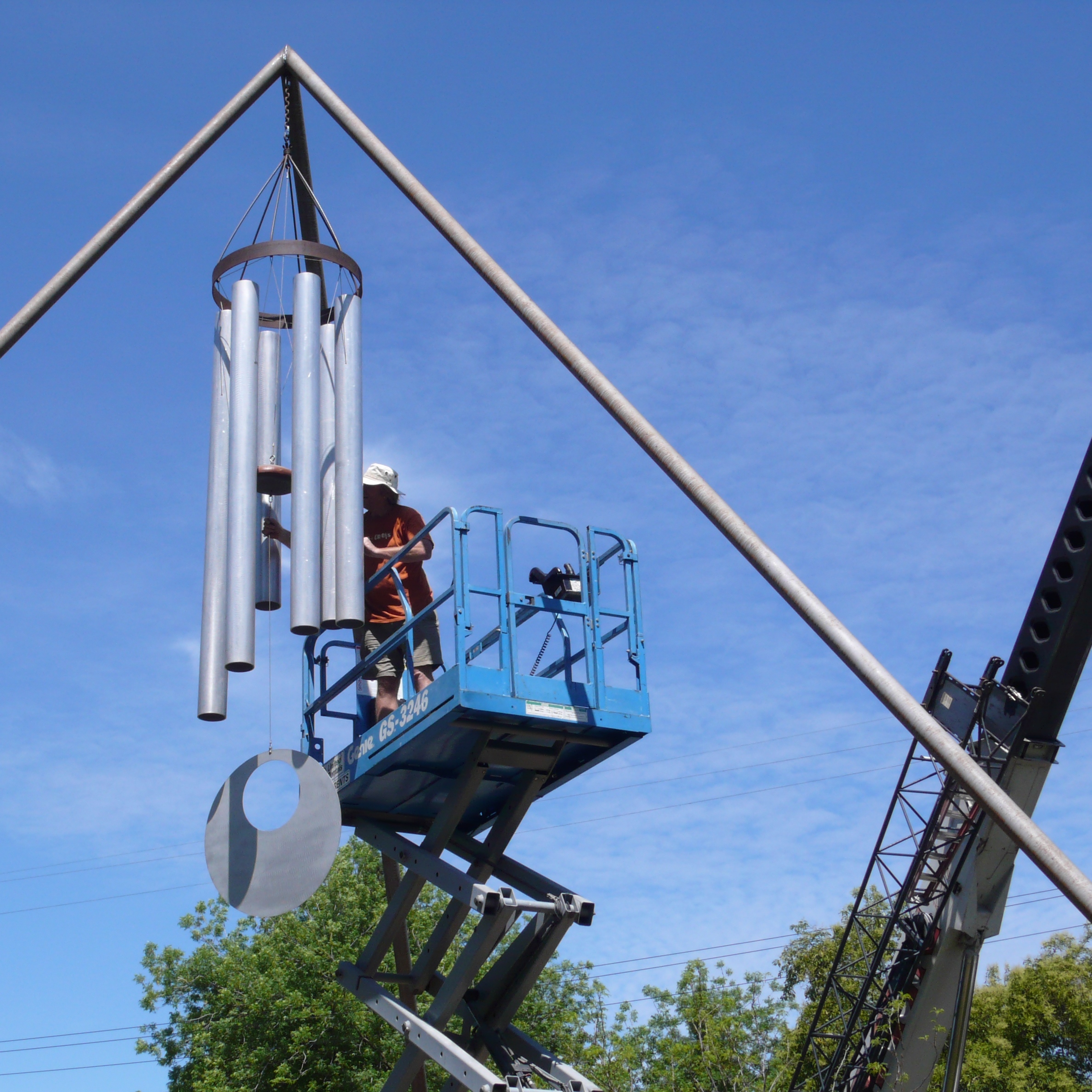 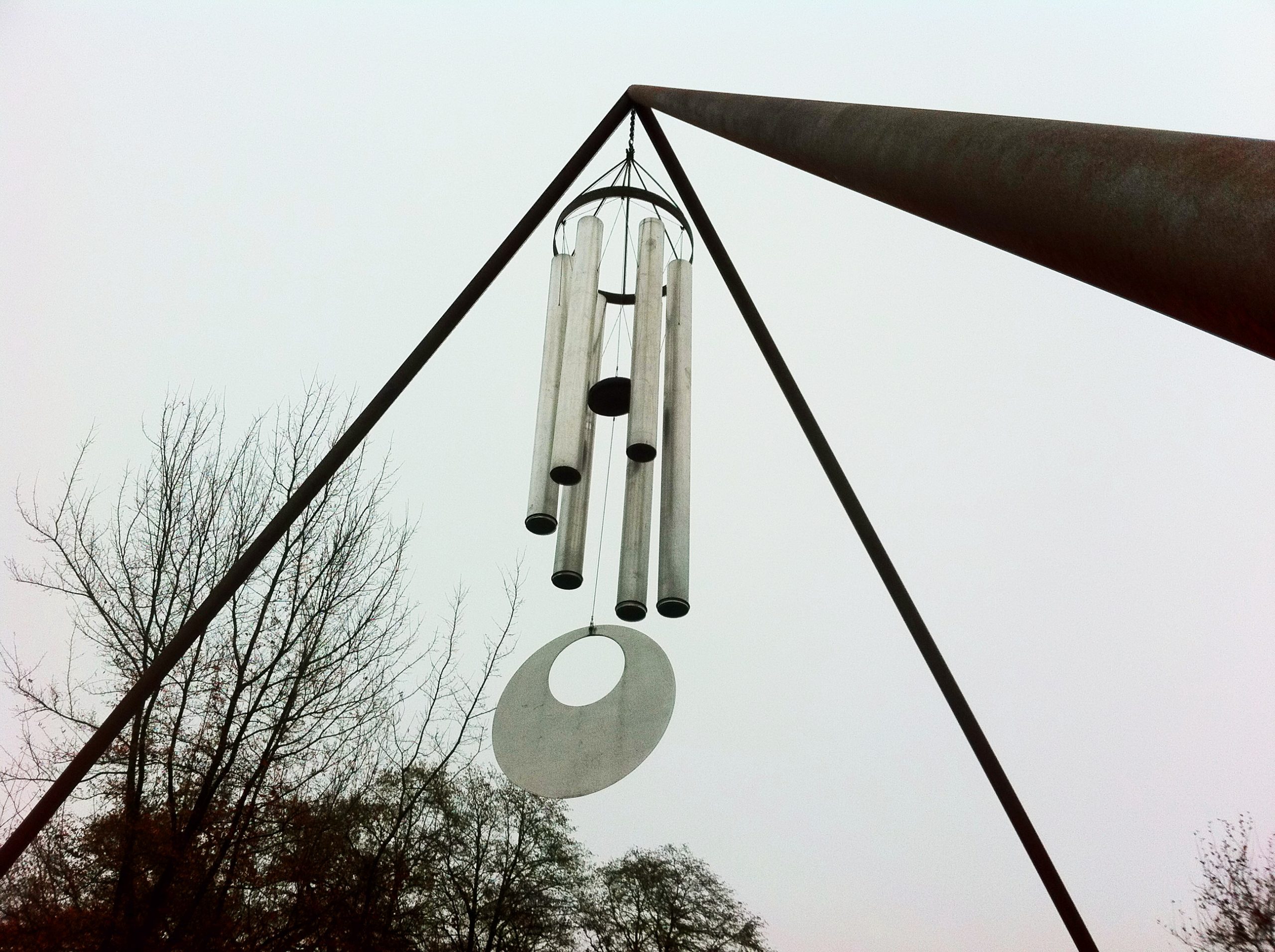 Resonance is a kinetic sound sculpture that features large diameter tuned chimes. The chimes hang 35' in the air from a 40' tetrahedron structure made of 4″ steel pipe. It was installed in The Neighborhood Park in Chico CA, which was once a scrap metal recycling yard in a low-income residential and industrial area. Soil and grass capped the former super fund cleanup site. The Resonance Project was proposed to the City of Chico's Art Commission as a celebration of music and math; a public art project that would interact with wind and weather.

Revitalization of an under utilized park draws neighborhood families and their children to enjoy a public place. The goal of the project was to provide arts interactive opportunities for community members who would be using the space regularly. Public opinion and preference was an important part of the review process, which included written testimonials from several neighbors that had lived near the chimes for years in other residential neighborhoods before installation at this site. The simplicity of form, public seating that was integrated into the project, and the inviting tones generated from the perfectly tuned chimes were all important aspects to making this project work, all of which were attributes desired by residents.

Once the Park Commission and Art Commission approved the concept, I consulted with Culp and Tanner Structural Engineers to sign off on my plans for the tetrahedron portion of the sculpture. The environmental review involved neighbors, traffic concerns and a sound study to determine sound quality and decibel levels. City engineers and Public Works, collaborated with me to avoid sprinkler lines and setbacks from the creek. A full-scale model made of rope was temporarily used to photograph the exact placement and provide photo simulations for the proposal. I also drew site plan illustrations and hired a local concrete company to pour the footings and the fifty foot diameter retaining ring. A local crane service raised forty-foot pipes from the street with a hundred foot boom, while welders joined the precut tetrahedron corners. I installed the chimes, piece by piece, from a scissor lift that was dropped in by the crane. The years following the installation of Resonance have been the most enjoyable part of the project. Watching people enjoy this one-of-a-kind structure, and remark about the pleasing sounds of the big chimes, is a reward in itself for any public artist.

Tetrahedrons are the most efficient and stable structures known to engineers. They are also the simplest form of the Platonic Solids. Giant, tuned chimes in a pentatonic scale are a tangible and audible demonstration of the "Musica Universalis" described by Pythagoras, referring to the harmony that drives celestial movement. Determining the lengths to tune the huge aluminum tubes was the first mathematical challenge. Calculating the tetrahedron's pipefitting angles, to cut on both ends of the forty-foot long pipes, took me weeks to figure out. Designing and planning the installation became another challenging art project in itself.