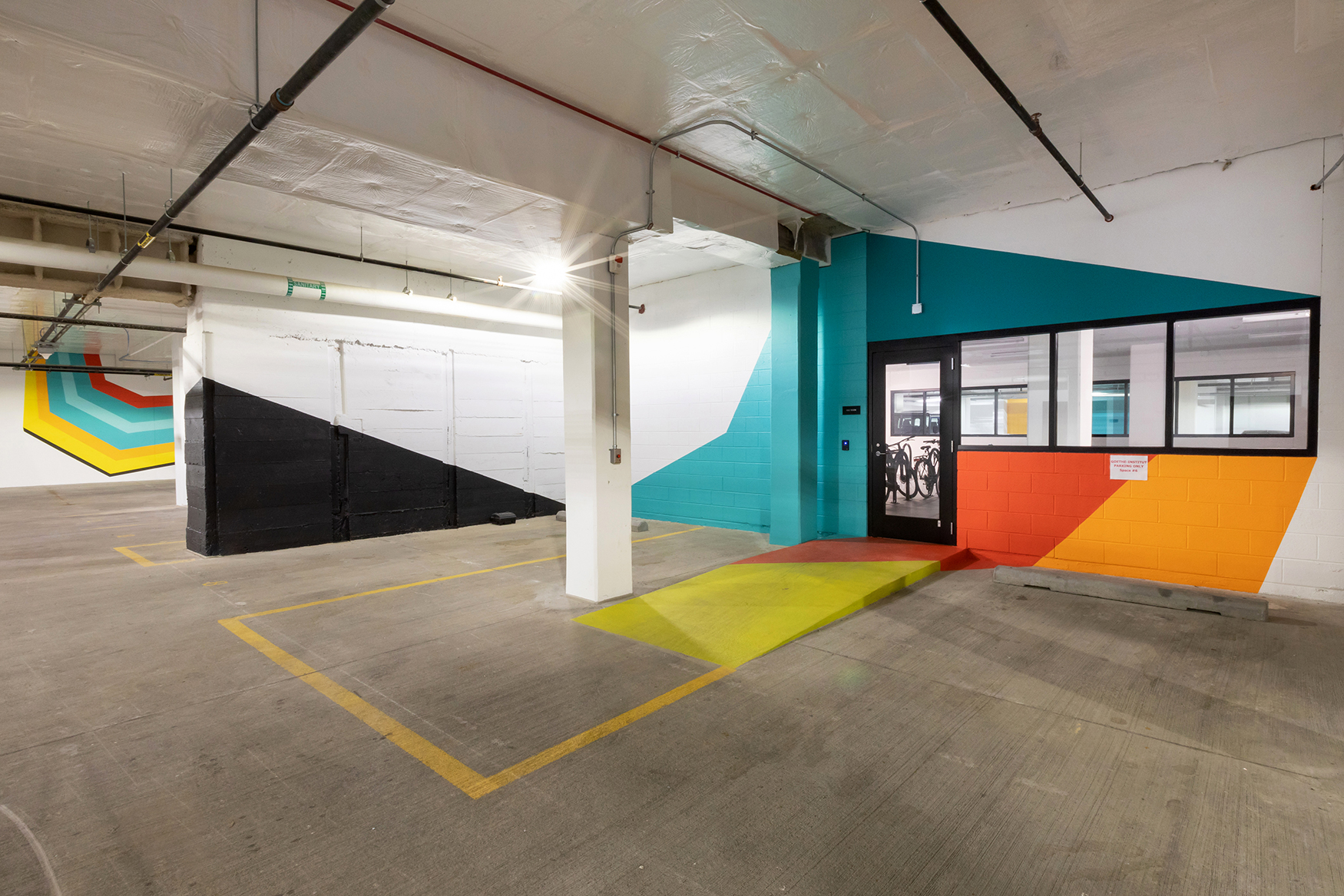 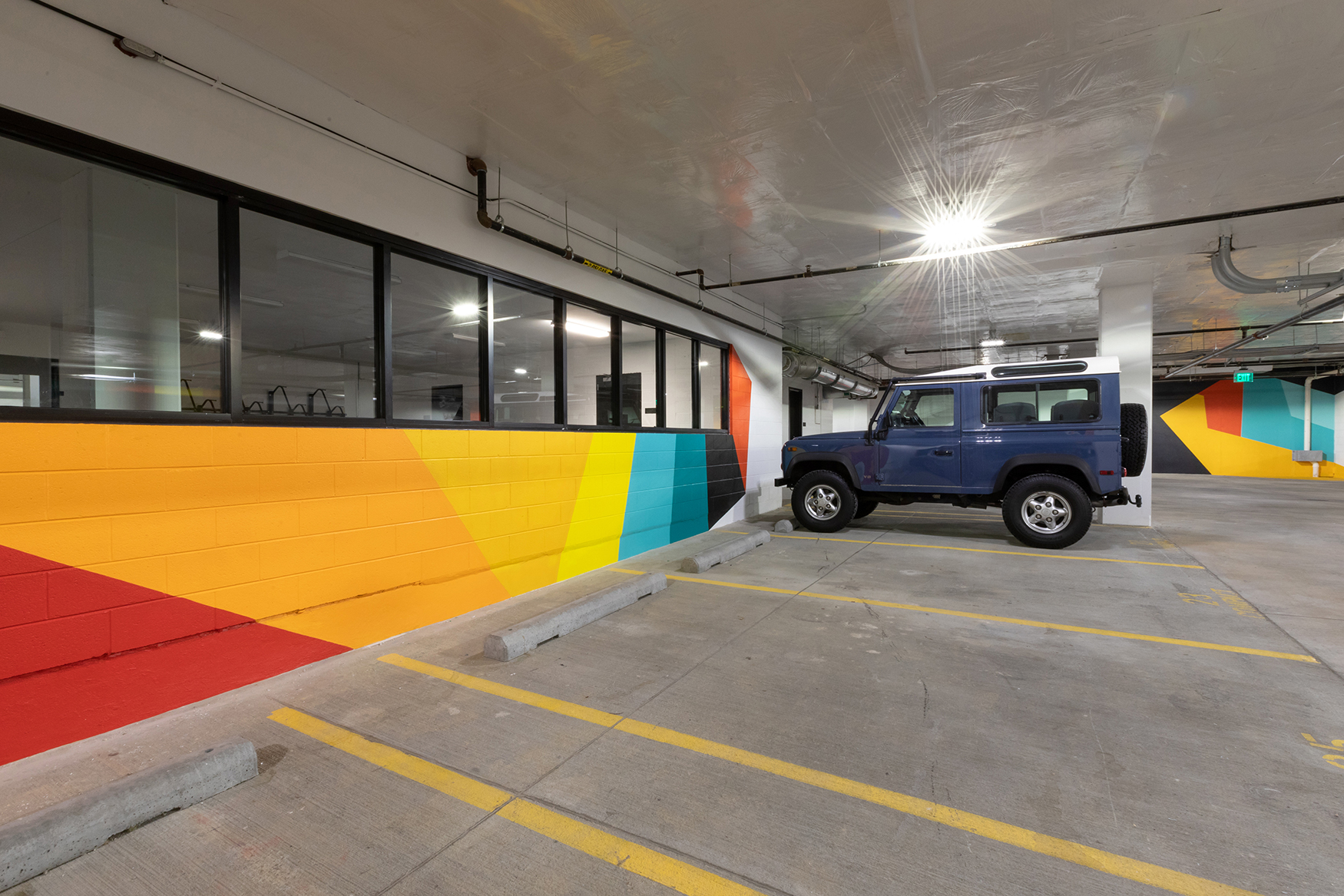 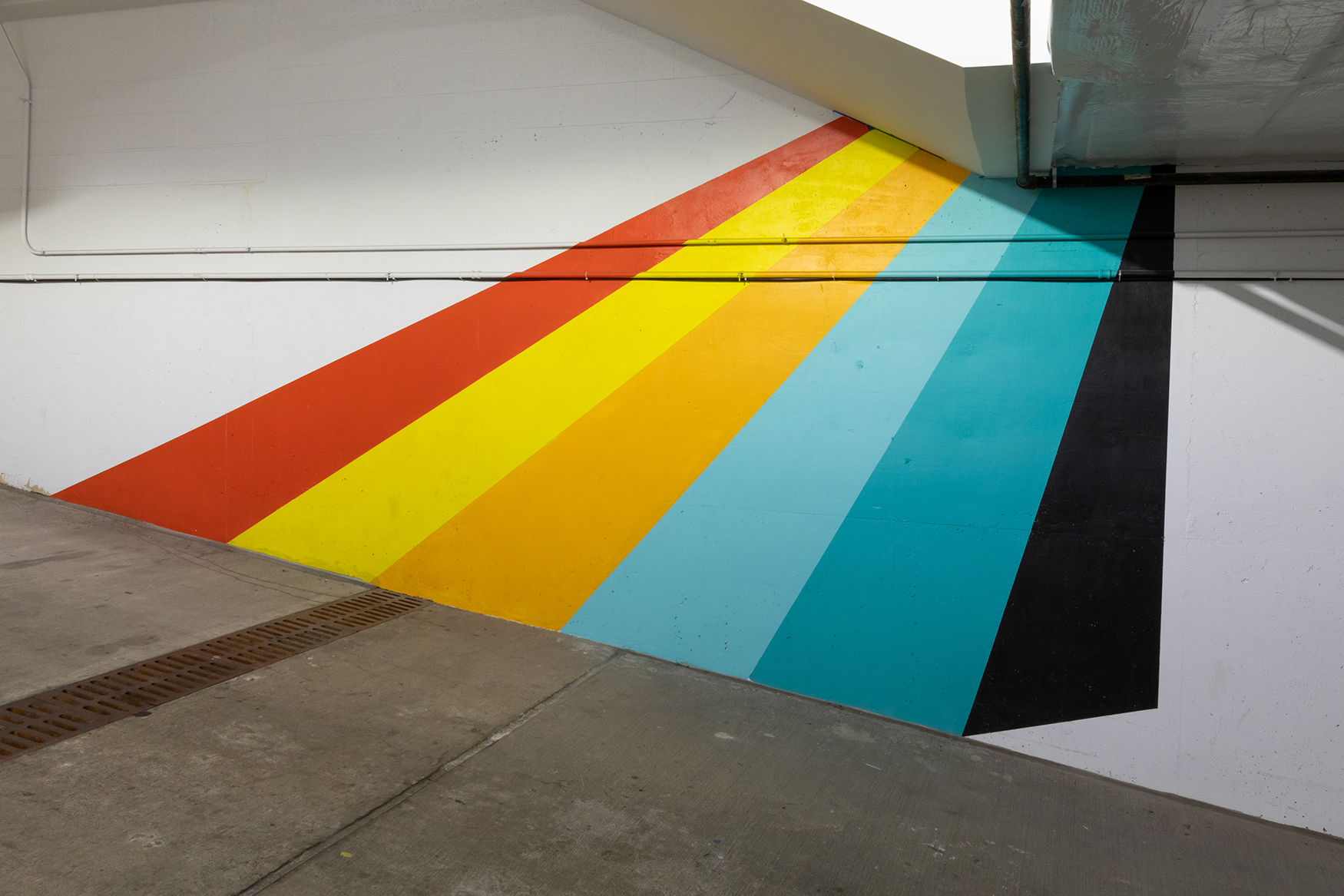 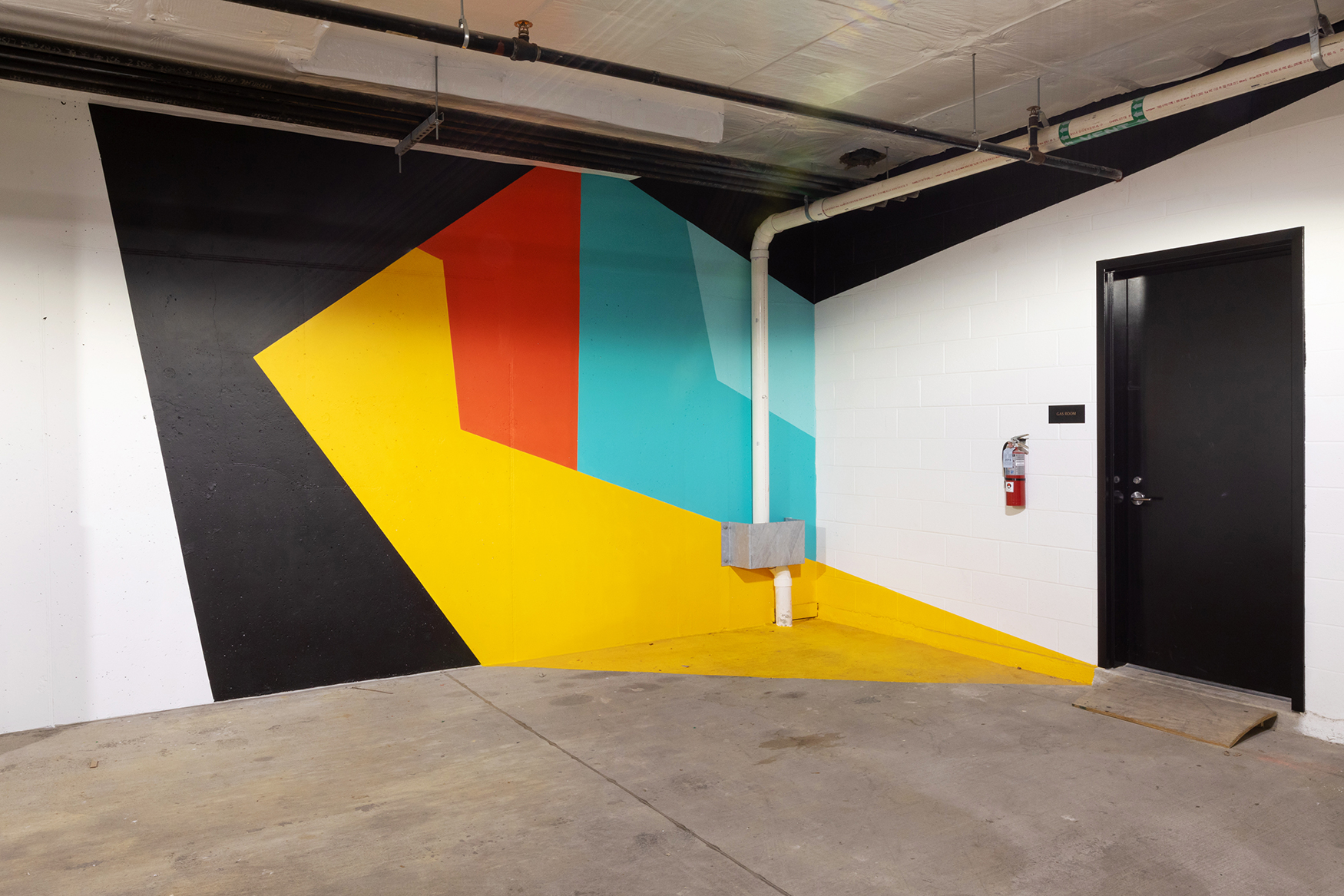 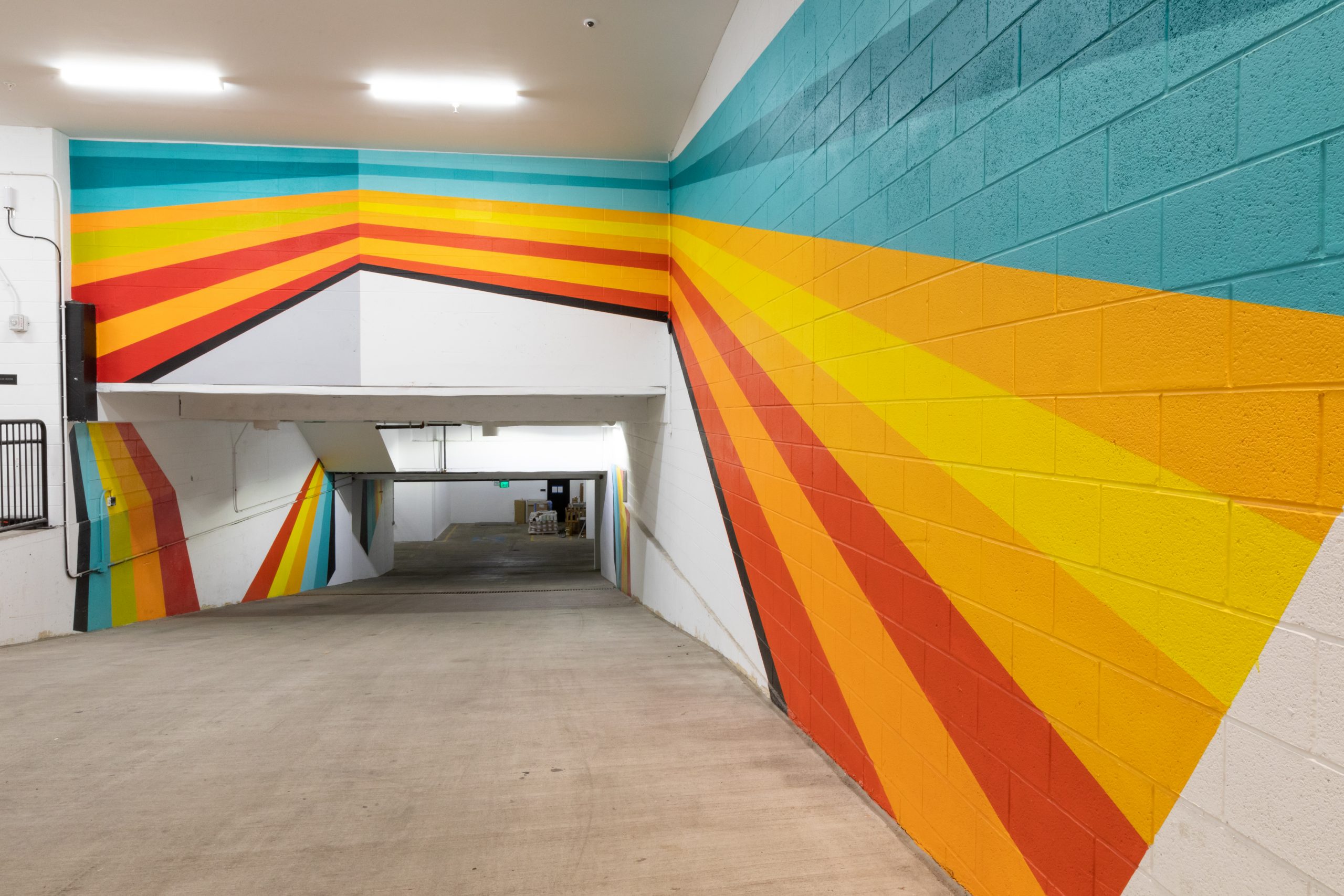 To animate the subterranean architecture with bending color and shape around the odd turns and protrusions. Noted the rainbow tiles that were used to articulate the facade of the building and referenced them using the colors of the rainbow to create massive forms that wrap around, dance and undulate through the space. I chose to create large scale forms that throw one’s perception off and creates a dynamic relationship to massive stretches of wall, making the experience of driving through a vast non-space one of discovery, delight and specificity of place.