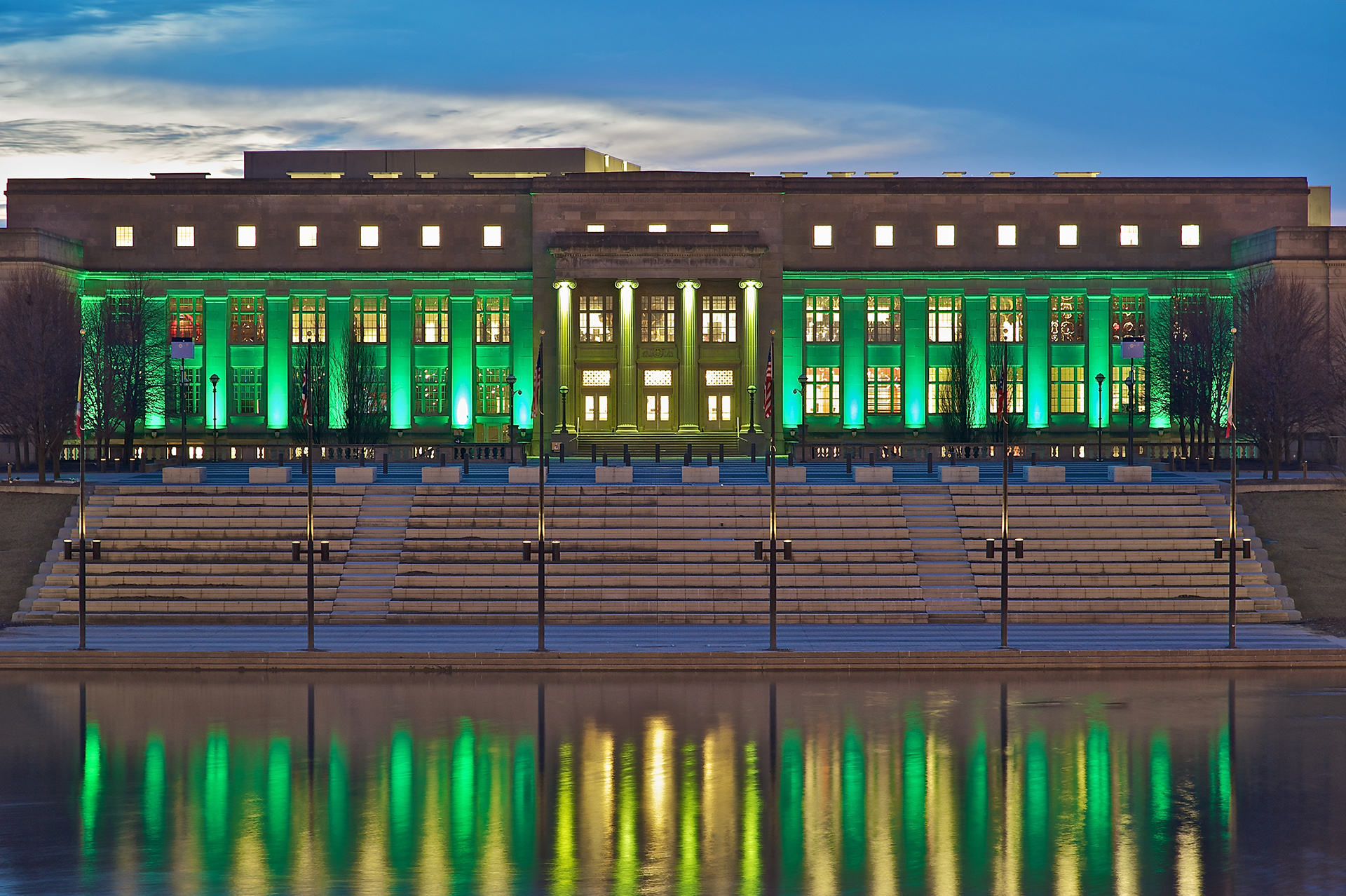 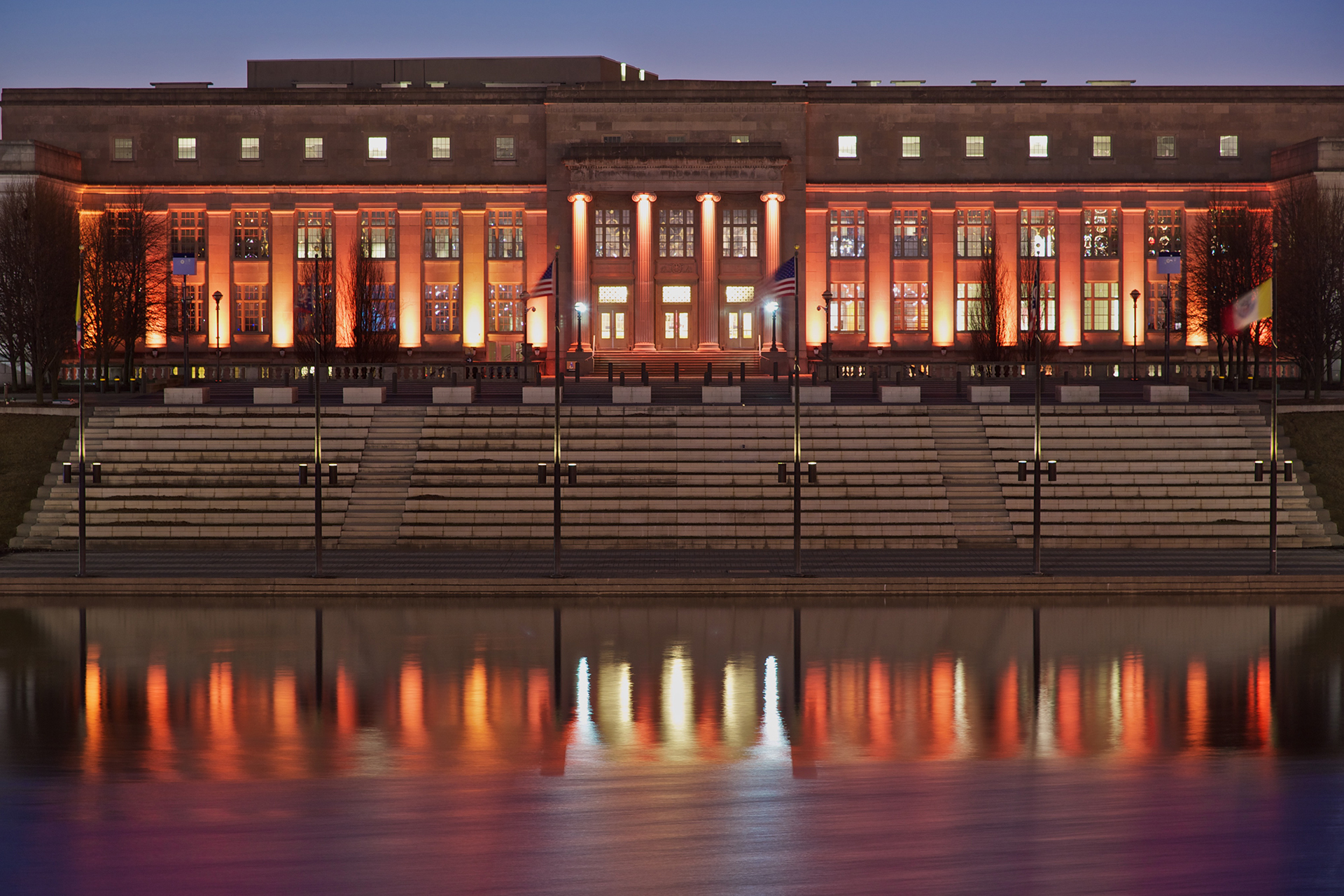 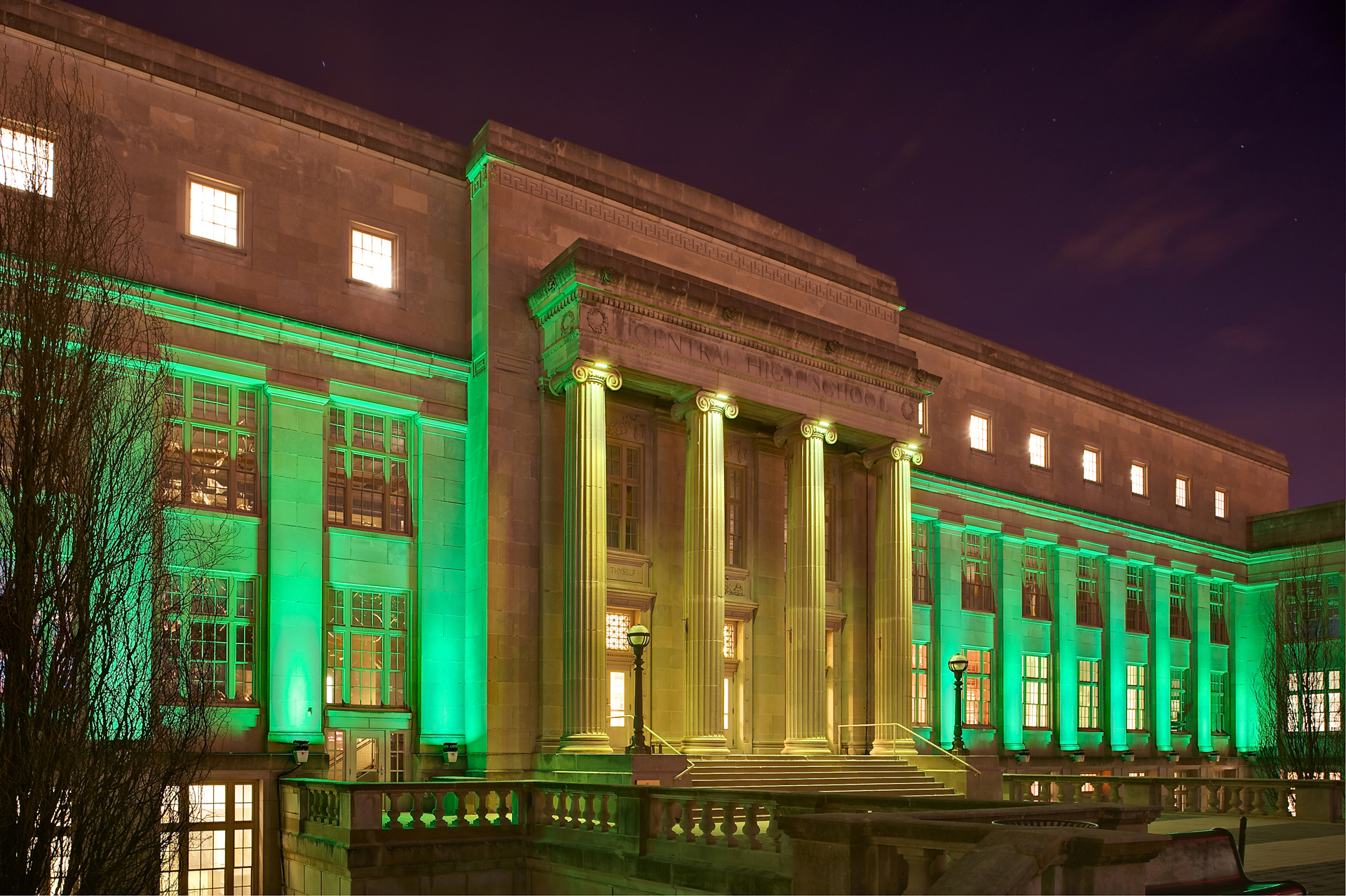 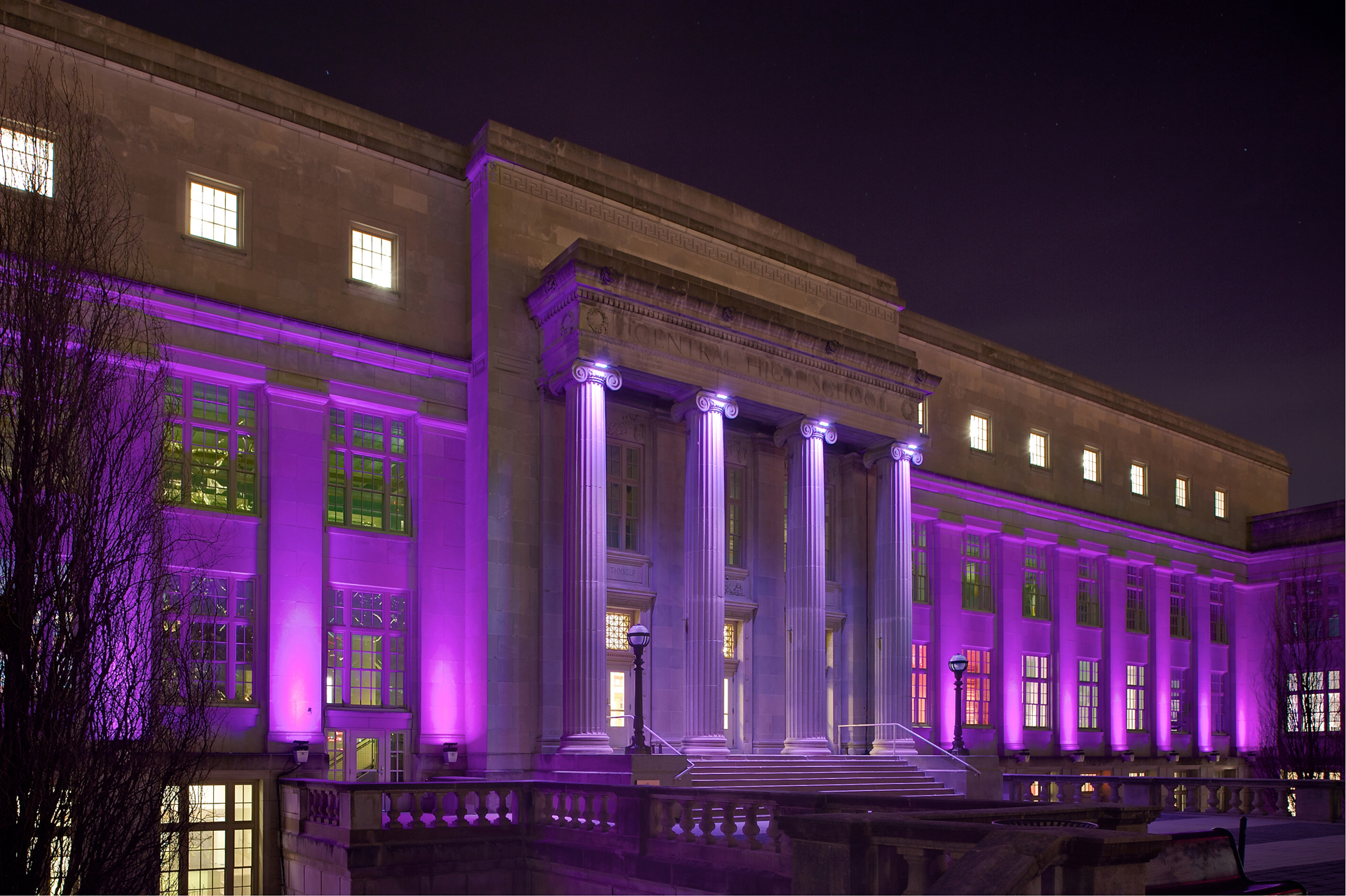 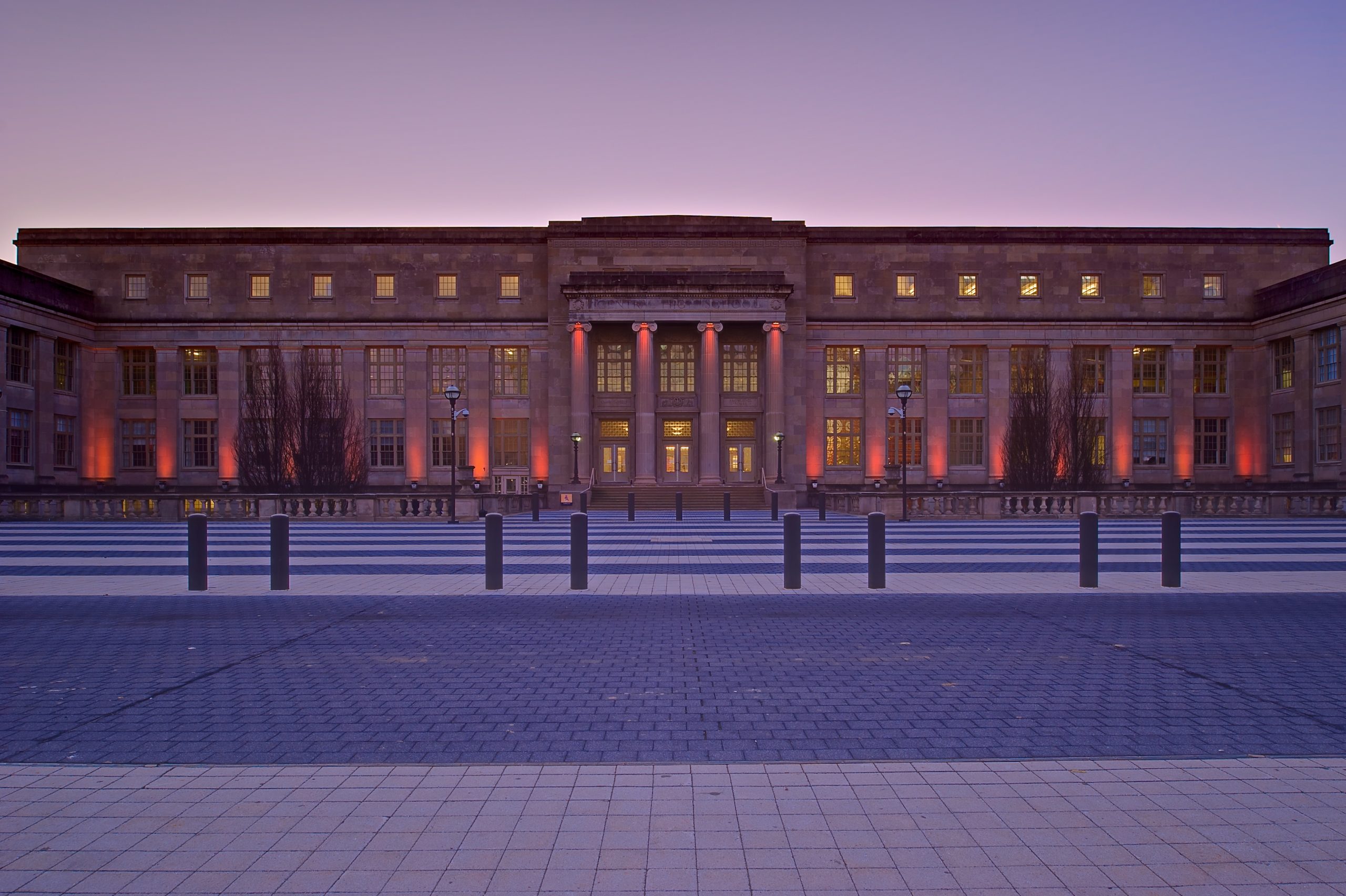 Kinetic light animates the facade and reflects in the river. The facade of the Center for Science & Industry in Columbus, Ohio comes alive with undulating washes of light and is effectively doubled in size as its reflection dances on the surface of the Scioto River. All lighting is computer-controlled, energy-efficient LED technology. LED lamps, digital controller box, electrical cable, wood, steel. Installation area = 1160 sq. meters (12,500 sq. feet).

The goal was to create a monumental public artwork in the center of Columbus, Ohio, interacting with the facade of an iconic Columbus landmark. With its sweeping presence reflecting in the Scioto River, the illuminated facade — animated with dynamic waves of light — faces downtown Columbus immediately across the river and becomes an artwork on the scale of the cityscape.

Bridging the Atlantic, Williams was invited to create a parallel installation in Dresden, Germany to coincide with the 70th annual observance of the bombing of Dresden in World War 2. (Dresden and Columbus became sister cities after the war). The German site is the historic Dresden Cathedral, built in 1738. Said Williams, "Given Dresden's nearly total destruction at the end of the war I think the vision of one of it's most treasured historic landmarks appearing to breathe is extremely moving. . [“Breath of Life/Columbus,” ©Stuart Williams. All Rights Reserved.] You can see all Williams’ work at www.stuartwilliamsart.com