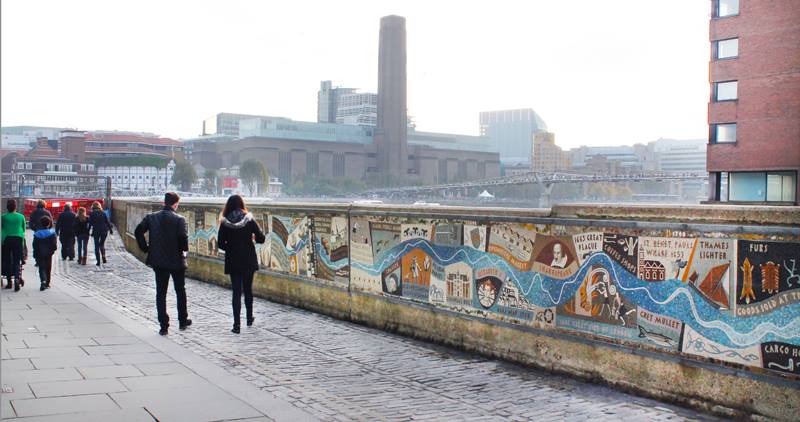 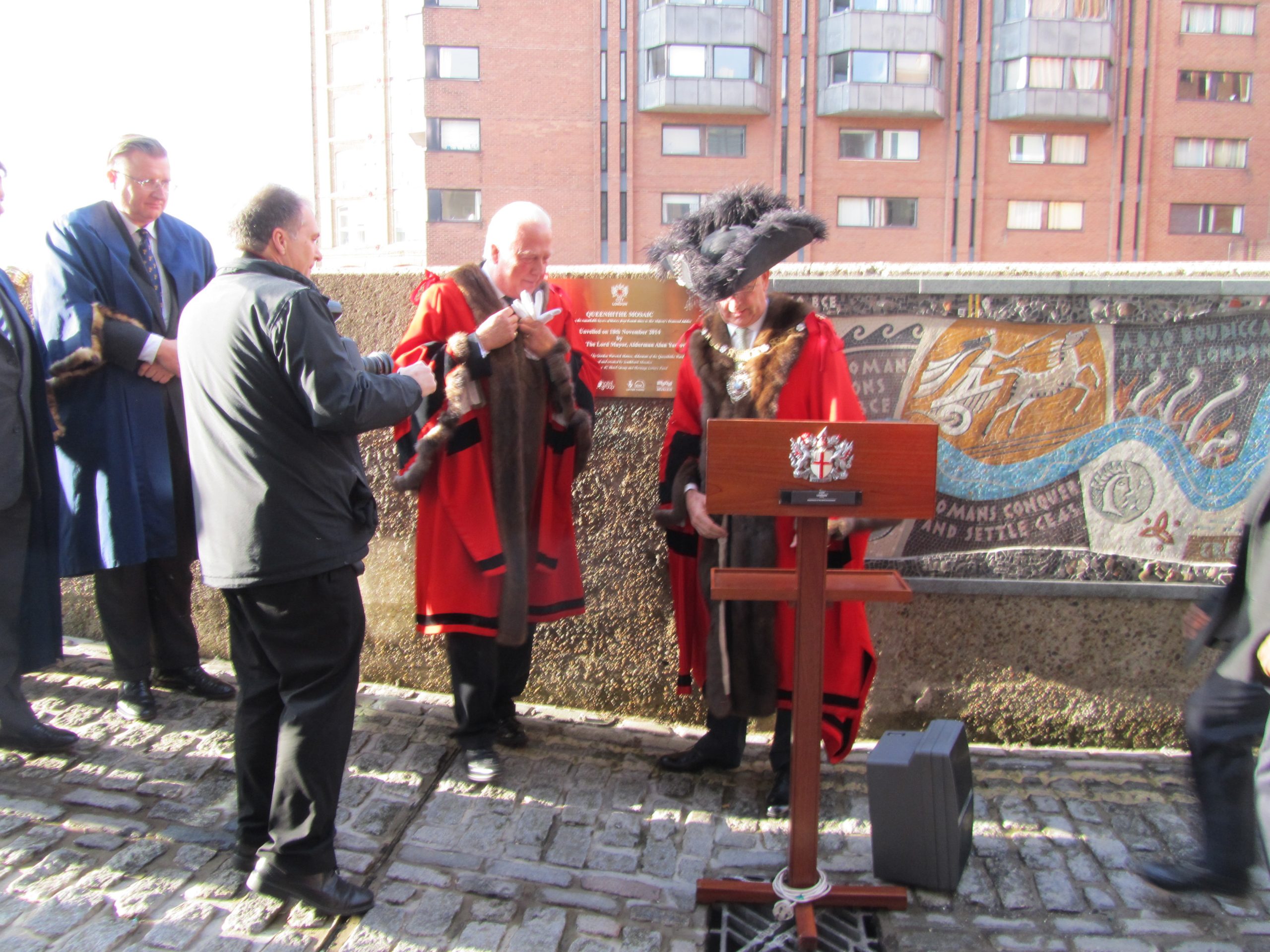 To bring character and detail to a neglected part of north bank Thames walkway by creating a mosaic timeline of the history of Queenhithe. Size 30m x 1m. To work with Heritage Lottery Fund, City of London Corporation, 4C Hotel Group and a range of experts and artists (300 people on project) to link the site to its roots, and ensure participation by the local community in regenerating their neighbourhood.

The site was a Scheduled Ancient Monument - the only Anglo-Saxon dock in the world. It looked like a post-industrial space, dominated by concrete. The aim was to ensure the birthplace of the modern city of London, once the busiest dock on the river Thames, made its landmark with the mosaic design. The aim was to add deatil and interest to the site. We included, for example, tiles taken from the river Thames and dated and then placed in date order in the surrounds to the main mosaic images. So we worked with archaeologists, historians, mosaic artists and politicians to ensure the work was accurate, collaborative and enlivening. It is now a jewel in the crown of London.

Collaboration is at the heart of every successful building project and this was basic to our design. Public space is owned by all of us, and we worked with a range of people, from professional architects to young people in trouble with the laws, from academics to those with special needs. We insisted on world class design and art and worked with the best people in the country and region to achieve an elegant, inclusive and engaging installation.

Sue Bowers, Head of Heritage Lottery Fund London, said: “The historical significance of Queenhithe will be recognised by many more people thanks to this visually striking mosaic. Its creation has also meant that a team of volunteers have been given the opportunity to learn the declining skill of mosaic making.” Southbank Mosaics is a not for profit social enterprise running an “Open Studio”, where artists, volunteers, school students and active citizens collaborate. We have over 300 installations in central London: Westminster, Camden, Lambeth, City of London adn Southwark.